Lady Gaga dazzles in dresses designed by her sister

But the navy and red Schiaparelli gown wasn’t just custom couture, it was also a “bulletproof dress.”

“This is one of my favorite things I’ve ever worn,” Gaga said of the look, while reflecting on her most memorable outfits for British Vogue.

“I wore this Schiaparelli design for the inauguration, and nobody knows this, but this is a bulletproof dress.”

“When I saw that golden dove, I just knew that this was the right piece,” Gaga said of the brooch, a smaller version of which was on sale for $2,000 this summer with funds supporting the superstar’s Born This Way Foundation. 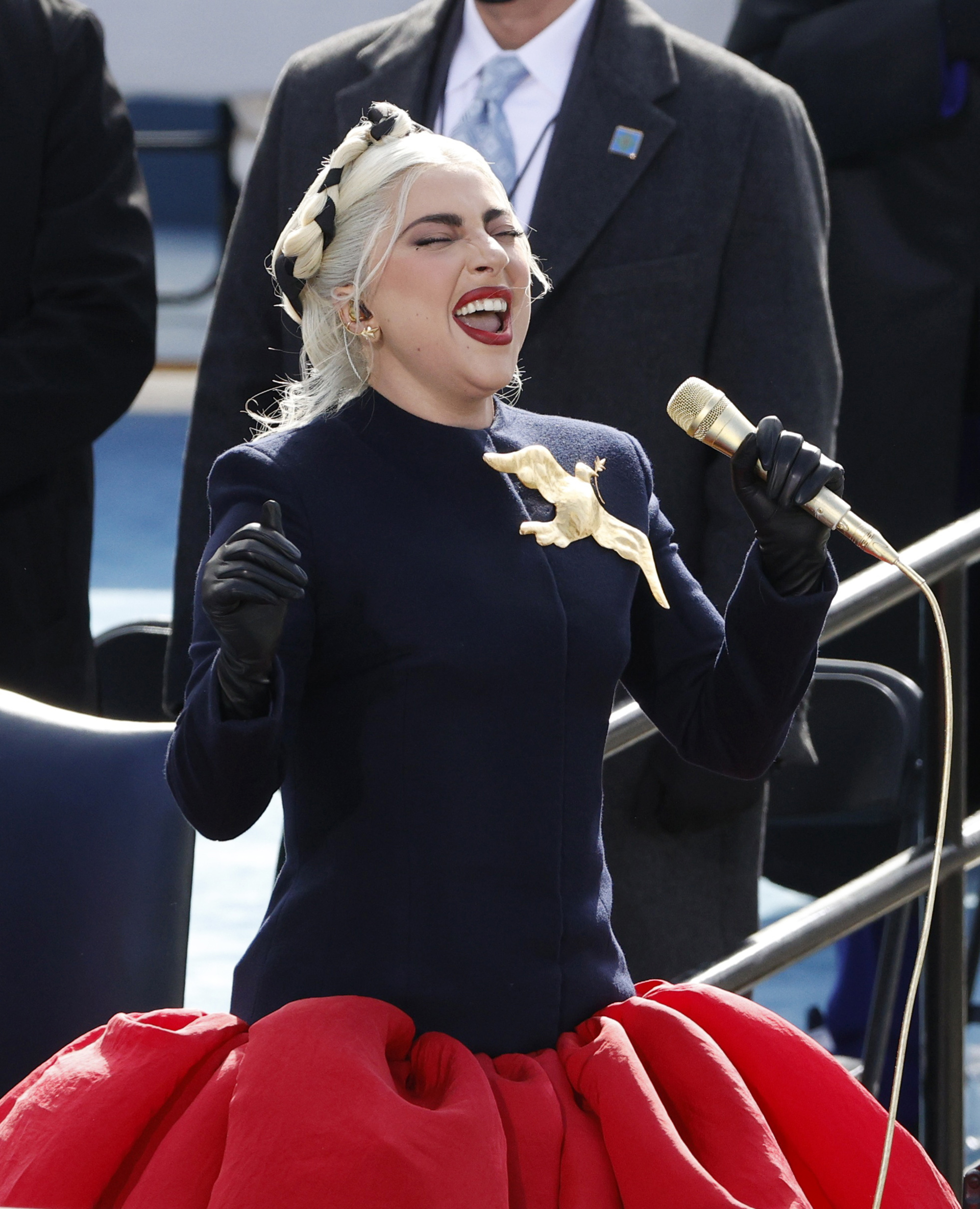 For the 35-year-old “Rain On Me” singer — who chose the Italian luxury label to nod to her “heritage as an Italian-American woman” — the dove was especially symbolic on Inauguration Day.

“I’ll never forget speaking to this young man that I was with,” the star added of Marine Capt. Evan Campbell, who escorted her to the microphone for her performance in January.

“He was asking me if I was nervous, and I said yes. But sometimes, fashion can really give you wings… like a dove.” 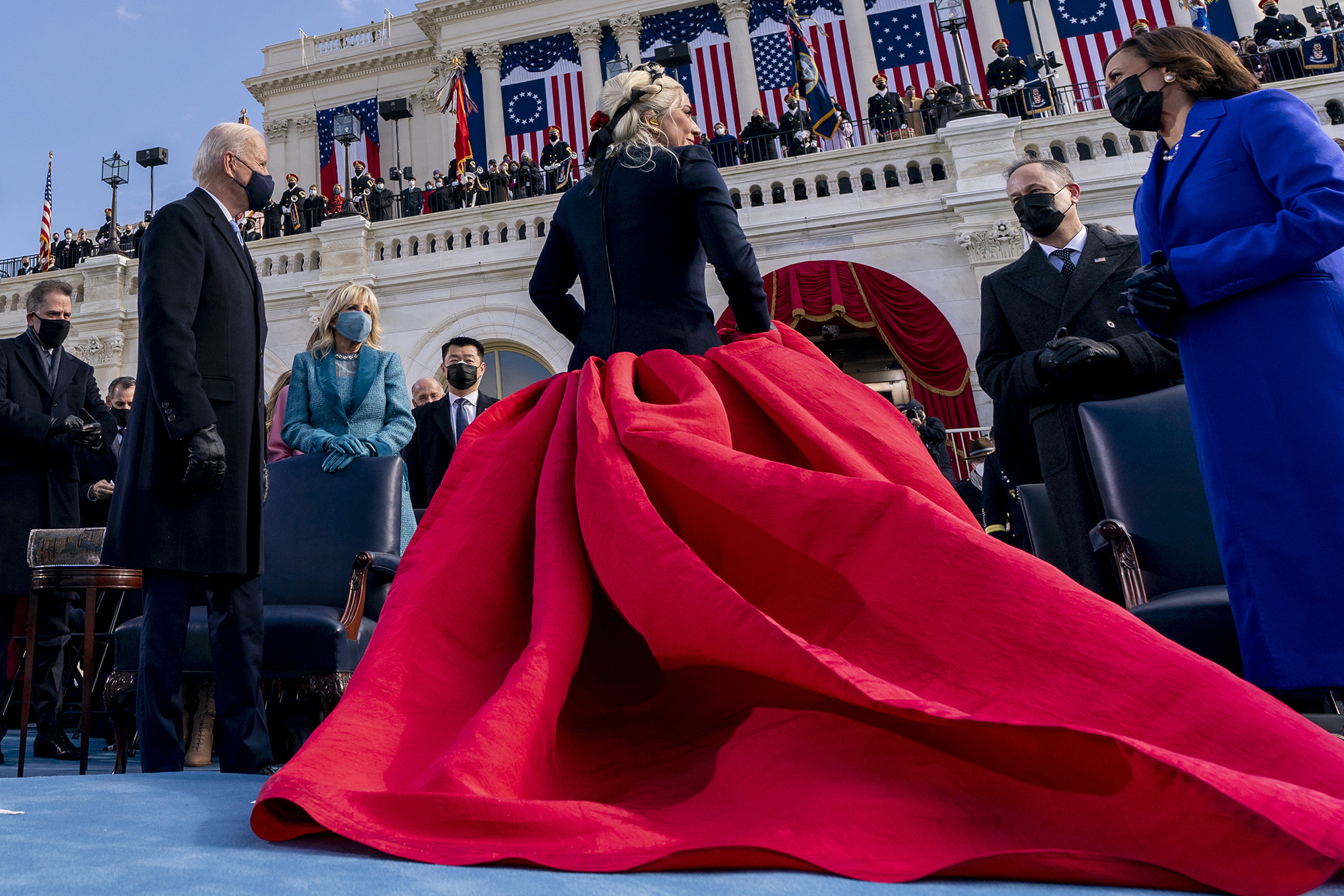 In addition to revisiting iconic looks for British Vogue, the star also fronts the fashion bible’s December issue, modeling a series of over-the-top couture looks and posing nude inside the stylish spread.

She further discussed her bulletproof dress in the accompanying interview, calling Inauguration Day “one of the proudest days of my whole life.”

“Like many people in America, I felt a deep fear when Trump was president, and ushering 45 out and 46 in is something I’ll be able to tell my children all about,” Gaga said.

“Singing in a Schiaparelli bulletproof dress. I don’t know if people know this about me, but if I weren’t who I am today, I would have been a combat journalist. That was one of my dreams,” she added.