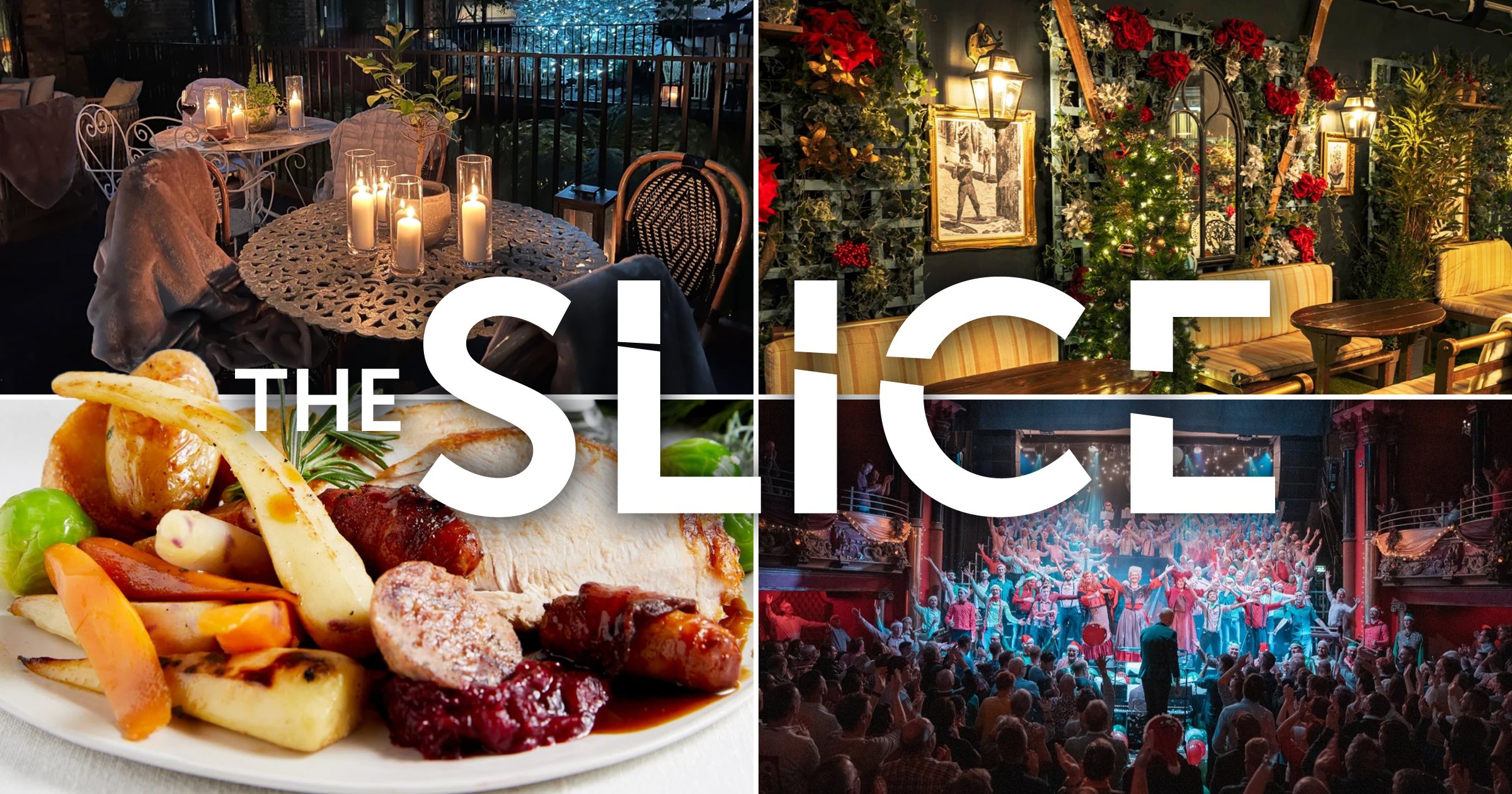 Shall we put some glamour into this Christmas? What with everyone trying to rain on our parade and everything?

How about an affordable Christmas lunch prepared by people who’ve been around Michelin stars? A secret winter garden with cocktails? Renting designer clobber that you would never be able to afford otherwise? Mulled wine in the West End’s most glamorous boutique hotel, anyone?

Bring on the boosters, we’re out and we’re staying out.

Not sure what to get up to this Christmas and New Years? Don’t worry about it, just check the schedule at south London’s fun-est venue, the Clapham Grand! Yes, it really is as easy as that.

This Friday you have not only Massaoke (you know, mass karaoke) Presents Christmas but also the Clapham Grand Christmas Party featuring – wait for it! – S Club All Stars!

On Saturday there’s We 3 Queens, a Drag Race Spectacular, and next week Luisa Omielan’s God Is A Woman Christmas Special.

But we think we’re saving most of our excitement for New Year’s Eve when they will be presenting The Vengaboys live! *goes for a lie down before it all becomes too much*

Get a whole new wardrobe

You know when you can’t quite decide how much you want something but you kind of know you want it?

Well, that’s the exact situation they’re catering for at mindful shopping platform Endless Wardrobe. If you love it and want to cherish it forever, buy it new; if you love it but don’t want a full splurge, buy it nearly new; and if it’s a one-time love affair, then rent it.

Perfect, right! And now you can actually try before you buy/rent as Endless Wardrobe have popped up right in the middle of London’s glittering West End until just before Christmas. So if your office party’s still on, you know where to go.

A garden of earthly delights

It’s always a magical spot for a cocktail but add some Christmas sparkle and seasonal cheer (and lashings of booze!) and we are totally under the spell of Mr. Mr Fogg’s Secret Winter Garden, the winter wonderland where the vibe is sparkly and the drinks come strong.

Tucked inside a Victorian walled garden, expect extreme twinkling, dangerously cute set ups and all the outdoor heating and cover-ups you’ll need while you’re knocking back your cocktails (try the Mulling Over Mischief, a take on your common or garden mulled wine) and your Christmas champagnes. It doesn’t come more seasonal – or Instagram-ready! – than this!

This little shopper went to market…

Are you finding there are not enough hours in the day to get your Christmas shopping done but you don’t want to miss out on big Friday and Saturday nights out?

Well, now you don’t have to as you can combine the two, thanks to late-night opening at Camden Market: Hawley Wharf. Everything from vegan skincare through skate apparel to jewellery and fashion with all the food – jerk chicken, pizza, cheesecake, pancakes – and drinks outlets your taste buds could desire.

Oh and don’t forget the DJs at Camden Crossfade from Sunday to Wednesday, which just about wraps up the entire week. Oh and the new five-screen Curzon Camden! We’re moving in.

This is so one of our favourite London hotels that we’re almost reluctant to tell anyone about it, especially as you can walk straight past it and never even know it was a hotel.

OK, as it’s you, it’s called The Mandrake, it’s in Fitzrovia, just off Oxford Street going up, and it is so sexy we almost blush every time we go inside.

Especially now that they’ve launched the Jurema winter terrace, a space woven with foliage, dappled by fairy lights and twinkling its backside off. So get your shopping done then nip around the corner, sit under the ‘starry sky’ and order up mulled wines and hot toddies and drink it all in.

It’s great to find new places to get your Christmas done and one of our current fave raves is the Design District, down on Greenwich Peninsula where they are throwing everything up to and including the kitchen sink at Christmas this year.

A free carol concert with the London Contemporary Voices? Of course! Winter Market? Naturally… and in some cases organically. Cult classic film pop-ups? Erm, it is Christmas so yes indeed.

And how about an audio-visual interactive light display called WAVE where other places probably have a tree and some fairy lights? Bring it the hell on, we say. Now all we have to worry about is what to wear!

Snap back to (virtual) reality

It’s London’s first ever virtual reality arcade and to get you in the mood for top festive fun they’ve come up with a seasonal adventure, Christmas Story, where you can help save Santa (and thereby save Christmas itself!), revive the original Christmas tree and even get involved with Santa’s reindeer in the actual delivering of giftage!

Makes a change from the usual escape rooms and assassination attempts and zombie apocalypses you would be getting involved in down the DNA, right? The perfect office night out and you can even take kids as long as they’re at least six years of age.

Locations in Battersea and Hammersmith

The tur-key to your heart

Never thought you’d be able to afford a Christmas dinner created by a chef with a Michelin star background?

You should have more confidence in yourself. But while you work on that, we’ll point you in the direction of south London’s finest, The Paxton, where you can tuck into two different Christmas set menus – so one for Mondays, Wednesdays and Fridays, the other for the remaining days.

One features roast Norfolk turkey, the other vegan-friendly paella and all for just £29.50. You can even skip doing your own food on Christmas day and get on down for a £55 four-course menu, which comes with a glass of fizz.