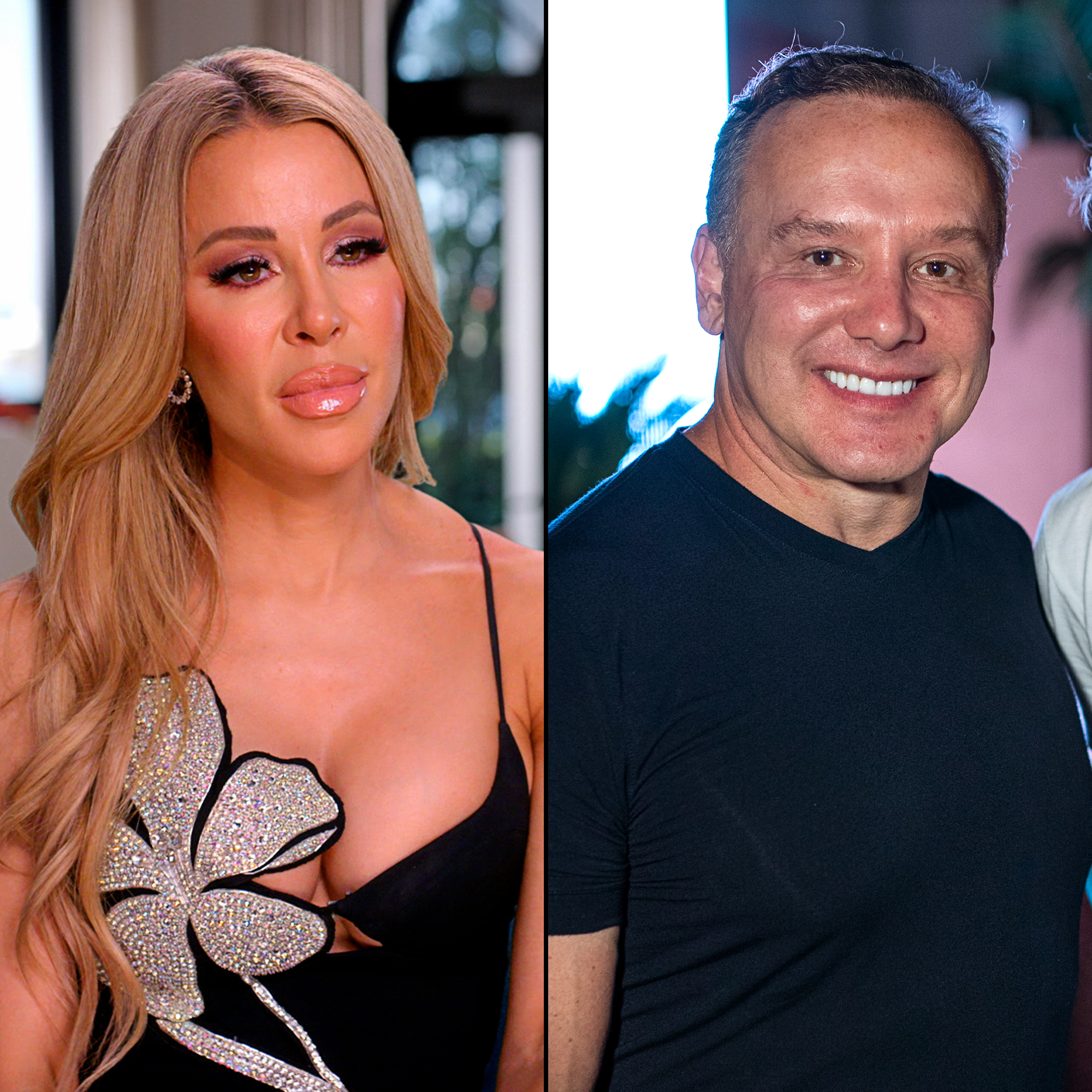 Drama behind the scenes. Lisa Hochstein shared a video that showed her confronting estranged husband Lenny Hochstein and his girlfriend, Katharina Mazepa, at a nightclub.

The Real Housewives of Miami star, 40, reposted a clip from the account @rhom.peacock via her Instagram Story on Friday, December 30. The video shows the reality star confronting the plastic surgeon, 57, and the model, 27, in a packed, noisy club in Miami.

At one point, Lenny asks his estranged wife, “What are you doing?” Mazepa, for her part, approaches the camera and licks her lips.

In a statement, Lenny told Us Weekly that the footage — which he described as “a setup” — was filmed in May at the opening of Gala, a club owned by some of his friends. “Lisa and I agreed that she would go on Friday and I would stay away and I would go on Saturday and she would stay away. I honored my part of the agreement,” he explained. “They are my friends and I wanted to support them and I didn’t want to have a confrontation.”

He added: “My goal is to give Lisa as much space as possible. … She will never miss an opportunity to cast me in a bad light any chance she gets.”

Days after the confrontation was reported online, Lenny confirmed that he and Lisa were getting divorced. “A few weeks ago I denied this because I am trying my best to protect my family during this process,” he told Us in May. “It is true that I am seeing Katharina but none of this happened until after the decision was made to get divorced. This is a very difficult time and I would ask for some privacy so that we can best take care of our children who mean the world to us.”

The former couple, who tied the knot in October 2009, share son Logan, 7, and daughter Elle, 3. During the original run of RHOM, viewers watched Lisa and Lenny struggle to conceive. When the revived series returned to Peacock in December 2021, Lisa revealed that the pair nearly called it quits during the show’s hiatus. 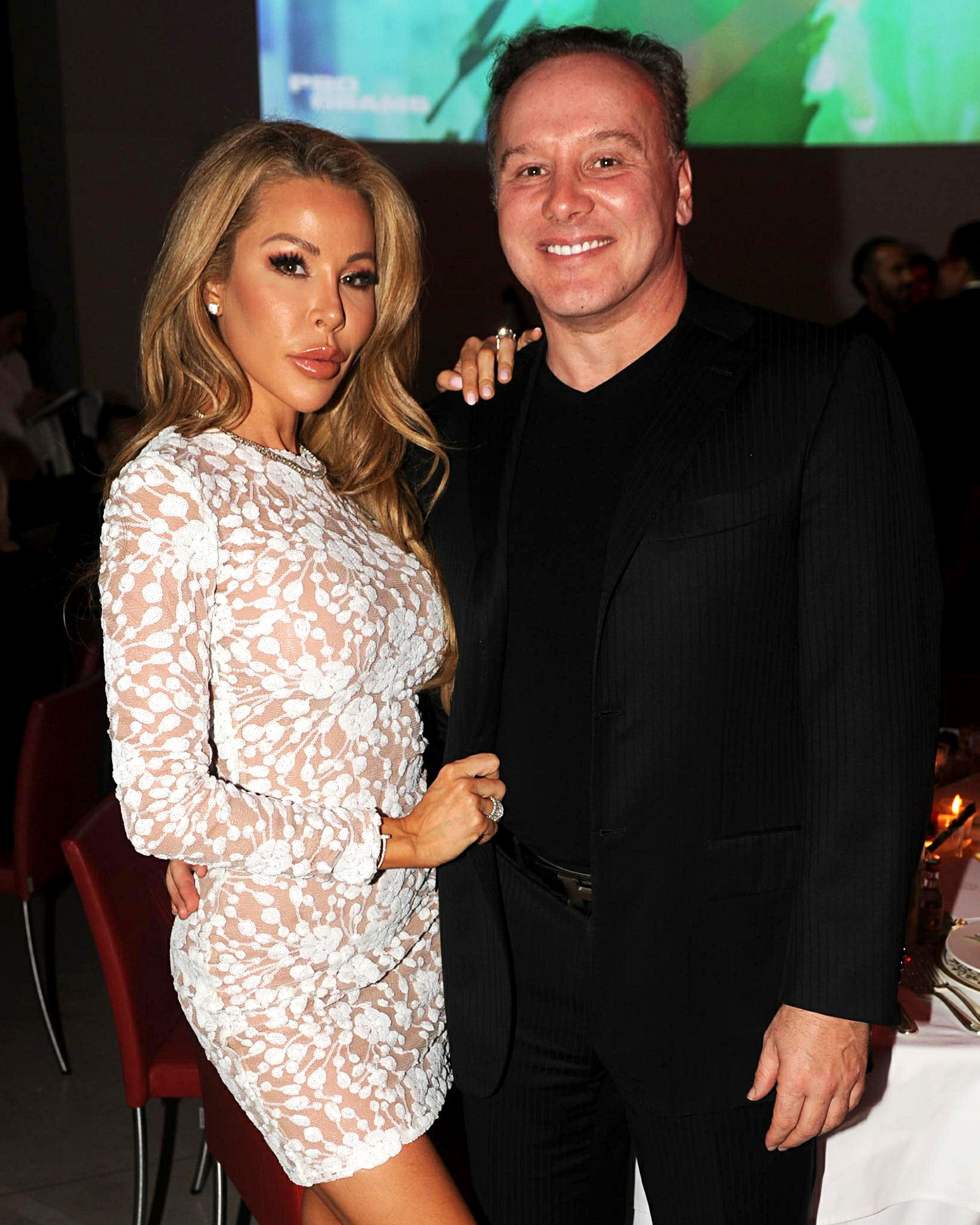 “We almost got a divorce, and it was devastating,” she told the cameras during the season 4 premiere. “During this separation, Lenny had this emotional affair with some $2 hoe. … [He] came groveling back and it was the best decision of his life.”

The estranged twosome’s split has been playing out on season 5 of the reality series, which premiered on December 8. In one shocking moment, Lenny was caught on a hot mic telling his friend Vito about his planned split from Lisa.

“In a couple months, I might be single too,” the doctor whispered after Vito told him he’d recently been through a breakup. When Vito asked if the couple talked about divorce often, Lenny replied, “All the time.” After Vito expressed that he didn’t want the duo to split, Lenny quipped, “I do.”

Before the season 5 premiere, some of Lisa’s RHOM castmates spoke to Us about their thoughts on the breakup. “I just thought they were in, like, a little bit of a rut, but I was hopeful and thought that they would bounce back,” Nicole Martin exclusively told Us earlier this month. “So, I was surprised that it got to this point. The divorce and the girlfriend and all that stuff really caught all of us by surprise.”

Adriana de Moura, for her part, said she was “blindsided” by news of the split. “I mean, marriages have the ups and downs, but when you are committed with two small children and for the long term, you’re gonna have some rough patches here and there,” the Brazil native, 57, told Us. “But I didn’t expect [the breakup] either.”