The art collector and luminary who founded the New York Academy of Art with Andy Warhol in 1979, says he’s rediscovered a long-lost Vincent Van Gogh masterpiece at an obscure country auction.

New York collector Stuart Pivar says the painting, “Auvers, 1890” — in its original condition and signed on the back by “Vincent” — is a “once-in-a-lifetime find.” And the Van Gogh Museum in Amsterdam has requested he send it to them for immediate authentication.

The piece, if authentic, was likely painted in the last two months of the famed artist’s life. Van Gogh shot himself in a wheat field in July 1890 — possibly in one of the fields that appears in the painting, Pivar believes.

Van Gogh obsessively painted more than 70 works in the last two months of his life in Auvers, on the outskirts of Paris.

Pivar said, “This is what we are considering to be the greatest art find in 100 years. It’s the biggest painting Van Gogh ever made [and] the only one he ever made in a square format. It is on its way to the Van Gogh Museum in Amsterdam because they have requested to see it and authenticate it. 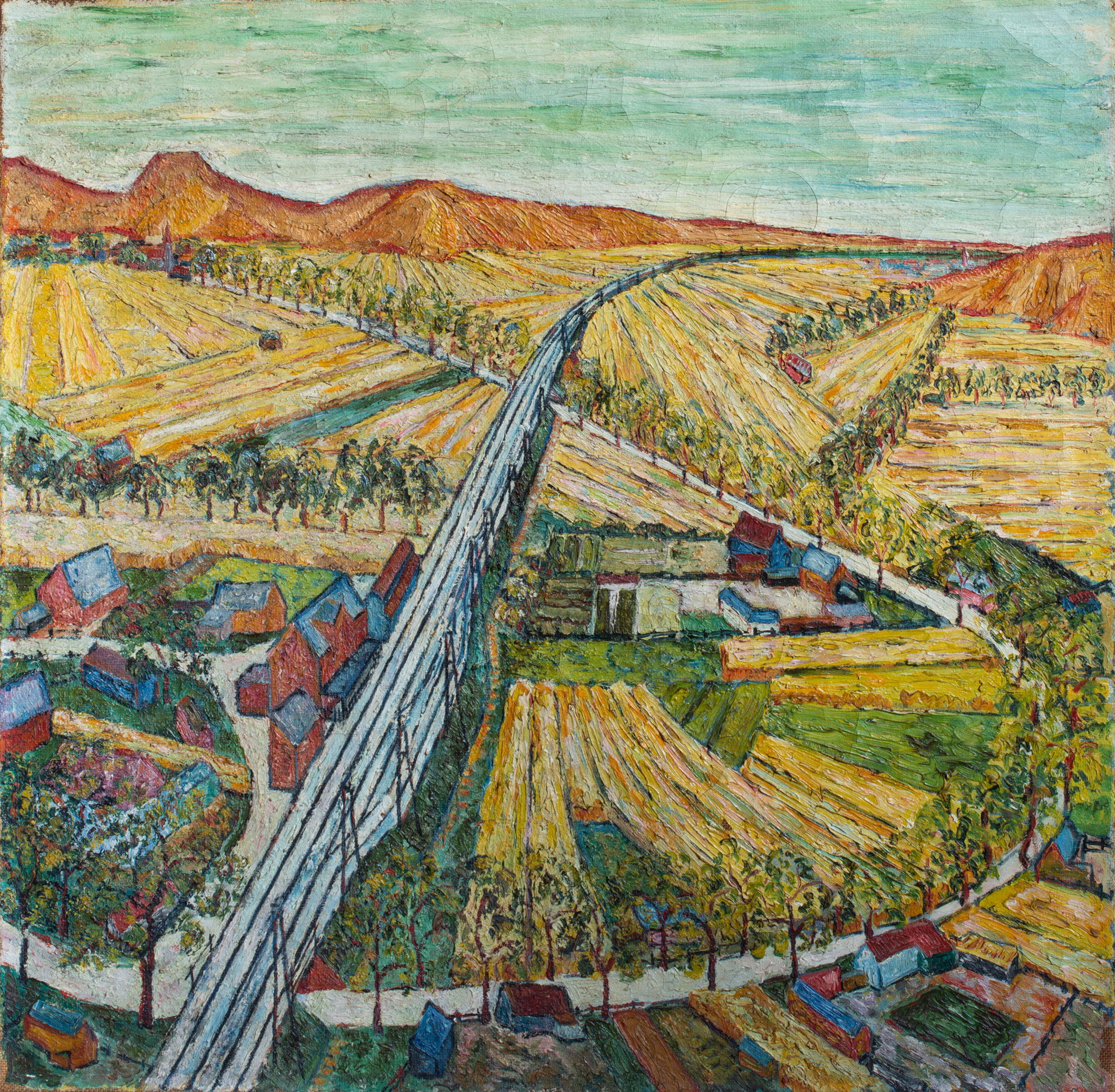 “We consider this to be the find of the century. What is amazing is this painting has never been touched: It is still in its original stretcher. You would never ever see a painting from this period that hasn’t gone through some kind of restoration.

An email sent from the Van Gogh Museum to Pivar, seen by Page Six, reads, “We have sent you an e-mail a few days ago that due to COVID-19 the museum and offices are closed and therefore it is also unable to do an authentication request.” However, “We have decided to make an exception for you.” The museum only agrees to authenticate a few paintings a year.

The painting, signed and dated 1890, is a square panorama of the valley of Auvers, showing its mosaic of wheat fields bisected by a railway line. It also bears the label of Jonas Netter, one of the most influential collectors of the early 20th century, who discovered Amedeo Modigliani. 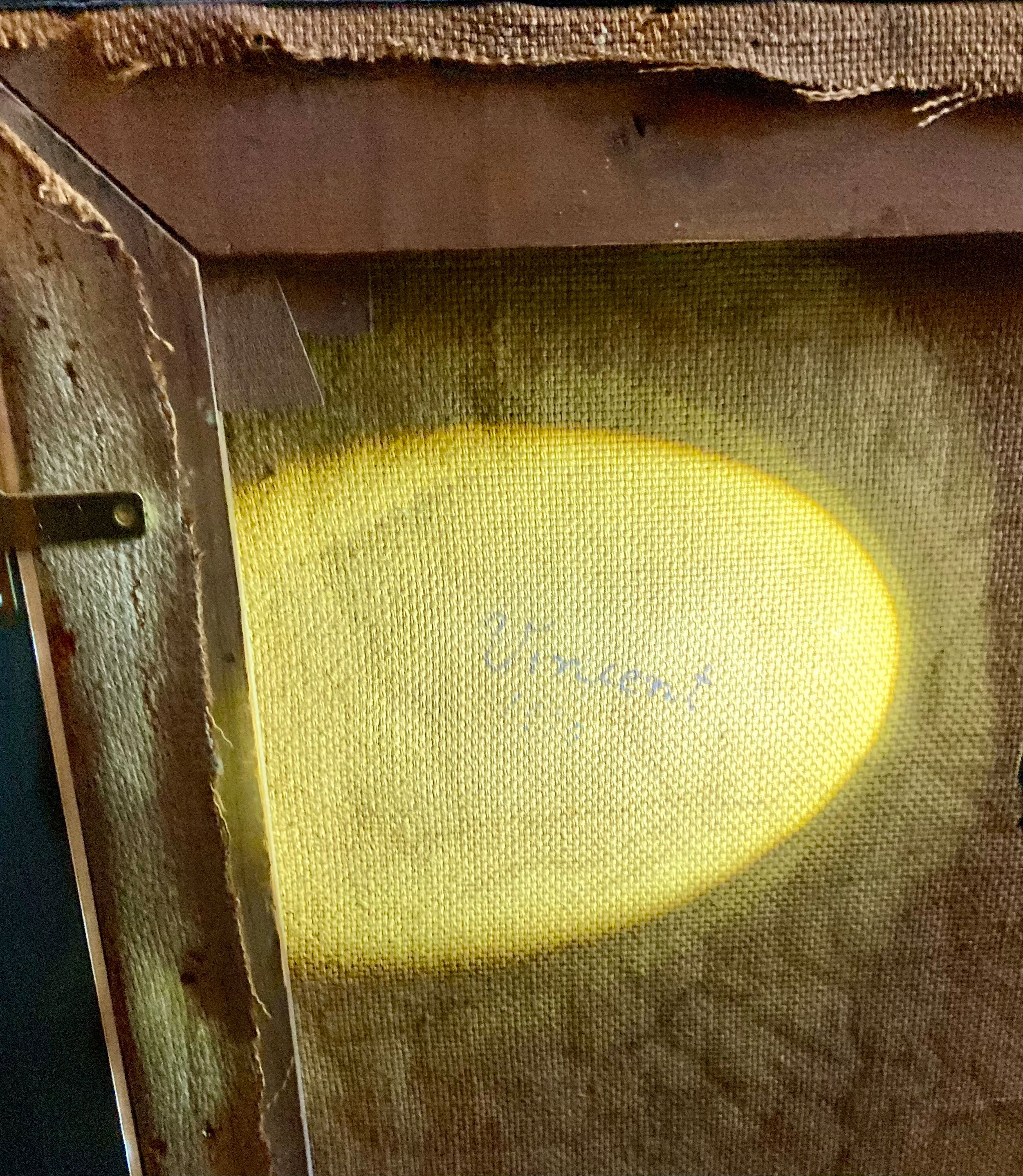 If authenticated, the 36” by 36” work would be Van Gogh’s largest painting and his only painting in square format.

Pivar, 90, who is also a plastic chemistry scientist, is a voracious collector of important paintings by Raphael, Rembrandt, Rubens, Velazquez, Ribera, Goya, Watteau and Picasso, among others.

He launched his own investigation into the alleged Van Gogh, with the help of Michael Mezzatesta, formerly with the Kimball Museum in Fort Worth and Director Emeritus of Duke University Museum of Art.

Mezzatesta’s commentary on the work states, “The picture is in pristine original condition, painted on a coarse burlap canvas consistent with those used by Van Gogh late in his career. It is unlined and in its original stretcher to which it is tacked by small 19th-century nails.

“The reverse of the canvas bears the signature ‘Vincent’ in an entirely credible hand and what appears to my eye the date ‘1890’ rendered in the fugitive walnut brown ink typical of many of Van Gogh’s drawings.

“The label on the back of the stretcher was another revelation as it is listed as the property of Jonas Netter, a leading collector in Paris in the early decades of the 20th century.

“The back of the canvas bears the numbers ‘2726’ (a possible inventory number?) in white chalk. The presence of a so-far unidentified wax seal on the stretcher provides a further clue.”

Pivar is coy about the provenance and previous ownership of the work, saying he bought the piece three months ago along with a small group of other artworks.

He said, “The origin of this picture is from people who do not want to be identified. It was from an obscure auction in North America. The people involved are not art people, and I made promises to them not to reveal who they are. At some point, the history might emerge because of the importance of the picture.”

Pivar spends much of his time searching for art in obscure places and subterranean markets. “I track down things and look at obscure everythings. I peruse every available source.”

He added, with no understatement, “This is the only major art discovery made in our lifetimes, apart from the occasional Caravaggio or something.”

“Although I am used to gaining possession of colossal things [artworks], when I uncrated this, I was lost for words, in absolute shock, to the point I felt electrical waves passing up and down my body.”