Financial rights and domestic violence campaigners warn the government's bid to loosen lines of credit as the nation recovers from recession will end up making financial abuse more frequent and severe.

The government is consulting on planned changes to banking rules, including rolling back responsible lending obligations established in 2009. These mandate banks check the requirements, objectives and financial situation of each borrower applying for a loan. 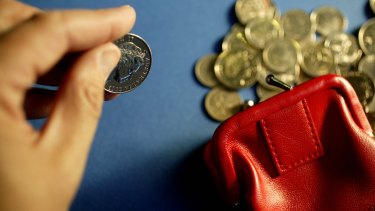 A Treasury fact sheet about the changes says the "prescriptive obligations" have resulted in obtaining credit becoming more burdensome for borrowers "without necessarily improving a lender's ability to understand if the loan is suitable".

But lawyers who represent victims of financial abuse by a partner say the responsible lending obligations provide vital protections that give them the ability to argue for debt waivers so victims can move on with their lives.

"We had only just gotten to a point where we were starting to see some real improvement and they're about to wind it back," said Financial Rights Legal Centre chief executive Karen Cox, who has worked in the field since the 1990s. "When the responsible lending laws came in, one of the key factors was that you couldn't do the 'hear no evil, see no evil', you had to actually ask the right questions … to determine whether this is a suitable loan."

In a case she has just started working on, a woman who has left her partner recently discovered he had taken out a $43,000 loan in her name two weeks before she gave birth, and bought a luxury car that he crashed within weeks. In another case, the Financial Rights Legal Centre was able to argue the banks didn't properly apply responsible lending obligations for a woman whose ex-partner had forced her to take out four personal loans worth more than $47,000 within 12 months.

Laura Bianchi, the head of the Redfern Legal Centre's financial services unit, said the responsible lending obligations were fundamental in these kinds of cases.

"If the responsible lending laws are repealed we expect to see an increase not only in the frequency but also the severity of economic abuse and also reduced legal options to help people," she said.

"The process of getting a loan has become difficult and cumbersome. Two different regulators and hundreds of pages of rules and guidance have complicated the intent of the original legislation," she said.

The enforceable banking code of practice developed by the ABA includes a provision that lenders won't approve someone as a co-borrower unless they are satisfied the person is not suffering financial abuse and will receive a substantial benefit from the loan.

But Ms Cox didn't believe that was sufficient, saying the responsible lending obligations gave a legal provision that could be used to help victims.

"There's nothing in these replacement standards that really directly go to that," she said. "Even if I can afford a loan, if it's not suitable for my purposes or my circumstances then it can still be a disaster."

Ms Cox and Ms Bianchi are both signatories to a letter the Economic Abuse Reference Group sent to Minister for Women Marise Payne expressing "grave concerns" over the rollback. They are yet to receive a response. Treasurer Josh Frydenberg did not respond when asked whether he was aware of the concerns.

Opposition spokeswoman on prevention of family violence Jenny McAllister said the government needed to explain how the changes were consistent with its own policy that it was everyone's responsibility to act on domestic abuse.