A bomb(shell) has been dropped on the “Love Island USA” villa!

Zeta unleashes on her man Timmy after his head turns for new Islander Bria on tonight’s episode of the Peacock reality show — and Page Six has an exclusive first look at the explosive scene.

“I know she’s coming for Timmy. I told him, ‘She’s definitely your type,’” Zeta tells her pal Sereniti in the clip, revealing that she’s on high alert. “But then he’s come to me being like, ‘I just want to take things day by day.’”

“He definitely said he’s attracted to her, though,” Sereniti tells Zeta.

The British model has a visceral reaction to the news, immediately shouting at Timmy from across the villa. 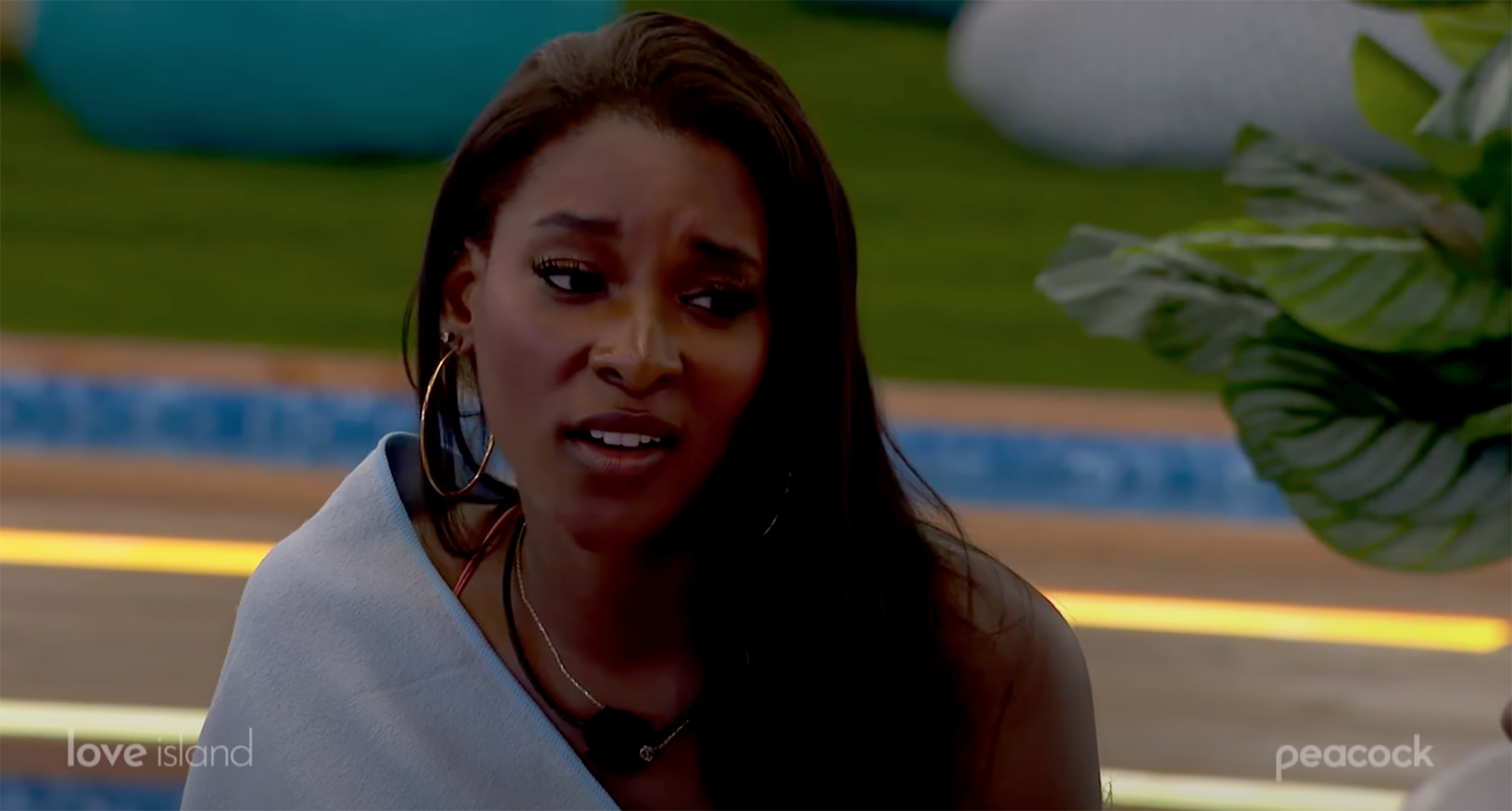 Sereniti seemingly regrets spilling the tea, whispering to herself, “Damn, why do you got to do that when I’m right here?”

Timmy, whose chat with Islanders Mady and Sydney is interrupted by Zeta’s outburst then asks, “Wow, what happened?” 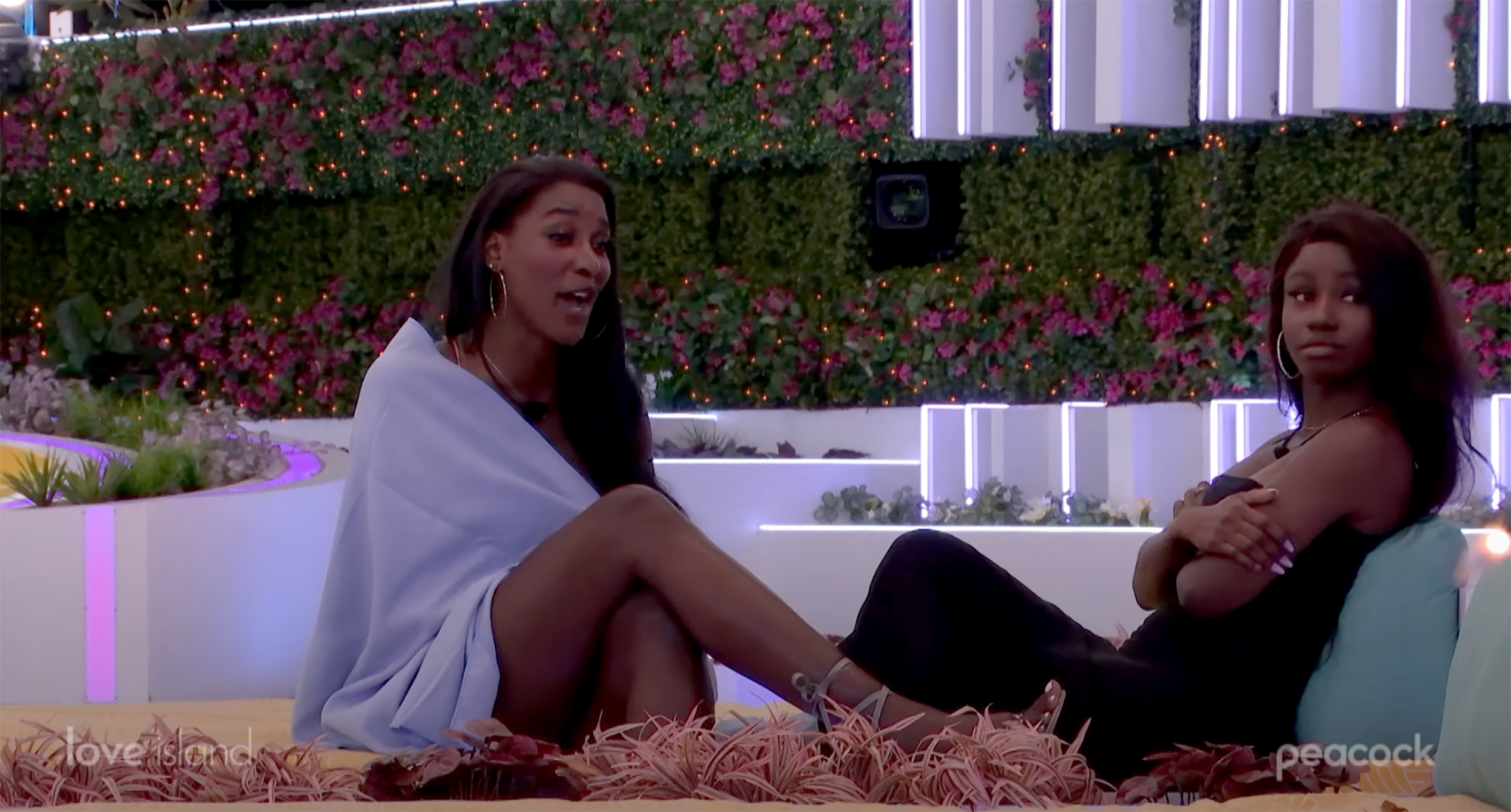 Still irate, Zeta follows up with, “Are you running game now? Is that what you’re up to?”

She then stands up to confront Timmy and vows aloud, “I’m about to go start drama.”

And start drama she does. “Timmy, are you attracted to Bria?” she asks as she approaches the real estate agent. 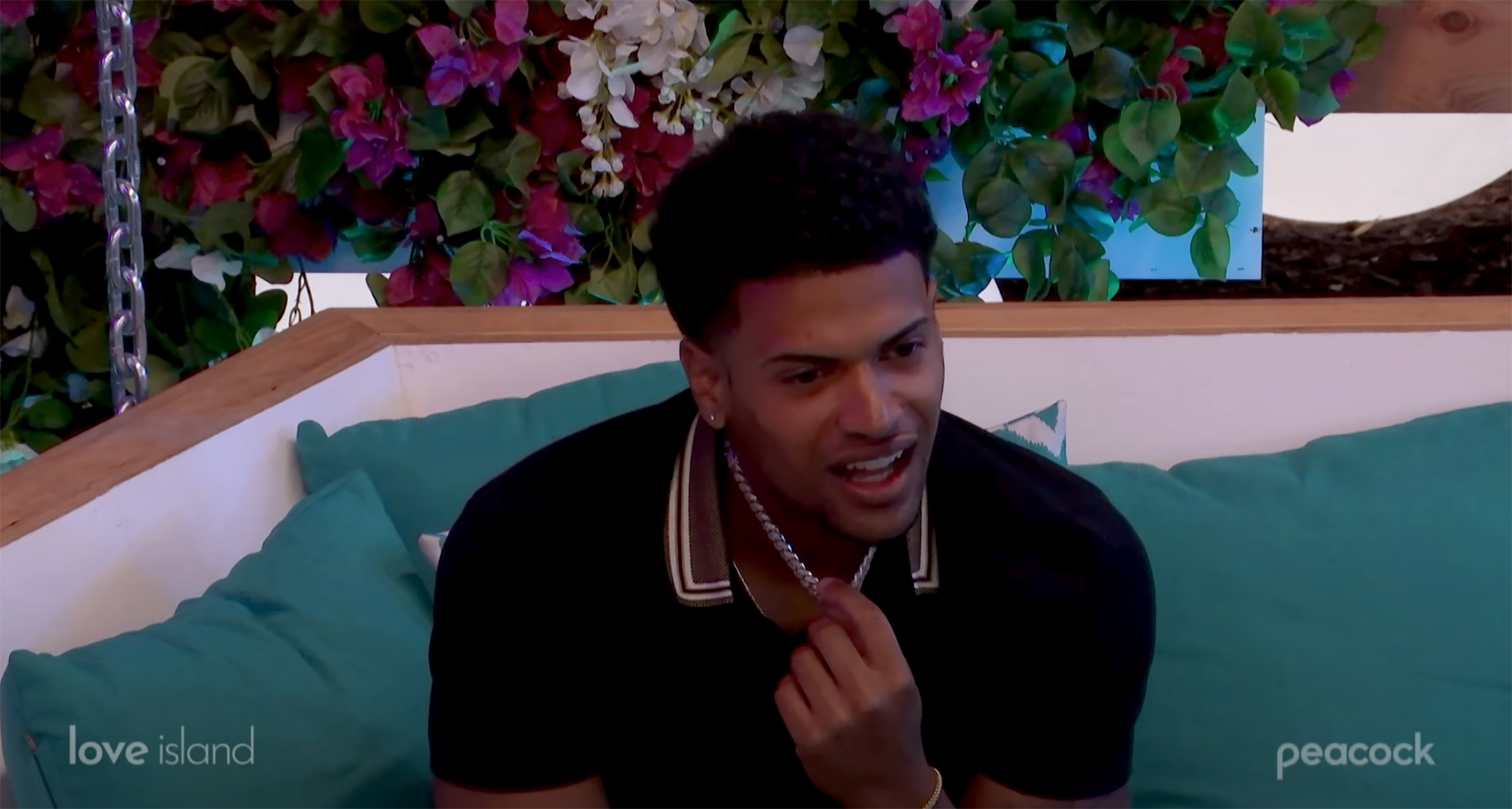 “I told you this right here,” he claims, though Zeta isn’t buying it. “No you didn’t!” she fires back.

“Yeah, we can take it slow, Timmy,” she adds before walking away. “Real slow.”

Up until now, Timmy and Zeta have been considered one of the strongest couples in the villa. However, with his apparent attraction to Bria known, an impending recoupling ceremony is bound to shake up the current dynamic. 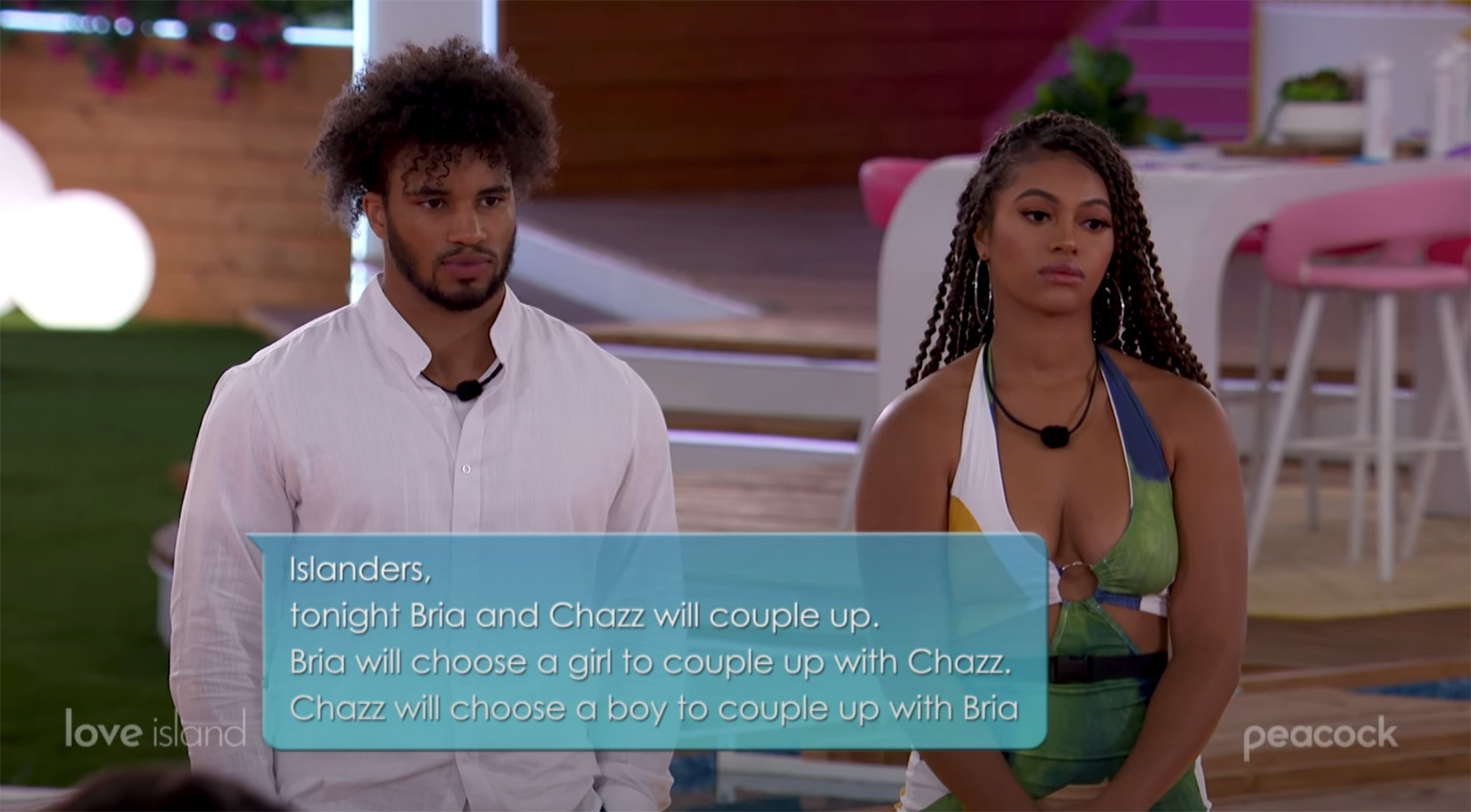 Bria has been tasked with picking a girl for Chazz to couple up with, while Chazz must choose a boy for his sister.