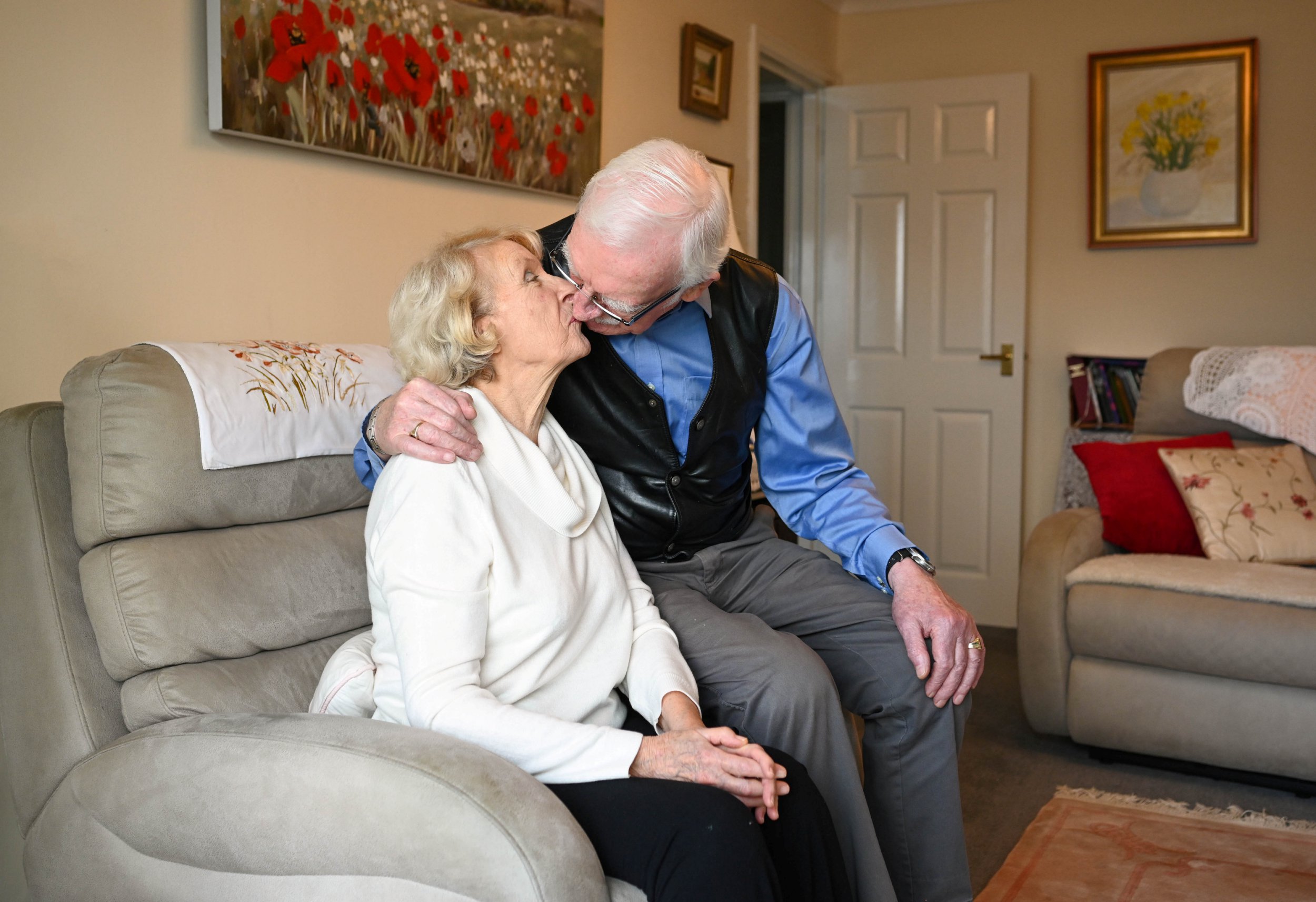 Love has no age limit – and an elderly couple who have fallen for each other in their late 80s are proof of this.

Richard Glass, 86 and Pamela Turnbull, 89, are looking forward to becoming newlyweds after a whirlwind romance.

The loved up pensioners went home together the first time they met, after catching each other’s eyes in a railway car park and feeling an immediate spark.

The pair first locked eyes at Wemyss Bay Station, Inverclyde, where they now live, and got engaged in Tenerife a year later.

Great-grandad Richard instantly made his move on Pamela, but she initially gave him a fake name before she agreed to go for a spin in his car – then she went back to his flat.

The pair talked for hours, and Richard put his cards on the table right away when he dropped Pamela off at the station, telling her, ‘I am so lucky to have met someone like you’.

Five years after their first date, they are now looking forward to formalising their relationship – despite friends and family questioning why they need to.

The couple say they believe in marriage and want to make the most of every moment.

Gran-of-four Pamela, originally from London, says: ‘You can fall in love at any age – and I love him to bits.

‘He waved and then walked over and asked my name.

‘I said it was Margaret, which is my middle name, as I was a bit taken aback, but right away there was something I liked about him.

‘He took my arm and we started walking and talking.

‘He told me he had been on TV and he had written a book and asked if I would like to join him for a drive.’

The mum-of-one was widowed in 1993, and she only retired from working in a bank and volunteering when she was 83.

He adds: ‘I was smitten right away, although Pamela needed a little convincing as she gave a false name when I went over to say hello.’

He said it didn’t feel right cohabiting without tying the knot and has had to explain it to younger people who ask about it.

‘It’s because I believe in marriage and that’s what we want to do,’ says Richard.

‘I’m old school, I don’t like living together without being wed. Marriage just seemed the next step for us.’

Richard has three great-grandchildren and seven grandchildren. He urged the younger generation to get on with it and stop dithering.

‘Get married, do it today as tomorrow might never come,’ he says.

‘You’re only here once and you need to make the most of every second.’

The couple will marry at Gourock Baptist Church, Gourock, Inverclyde.

Rush Hour Crush – love (well, lust) is all around us

Tell us about your Rush Hour Crush by submitting them here, and you could see your message published on the site.