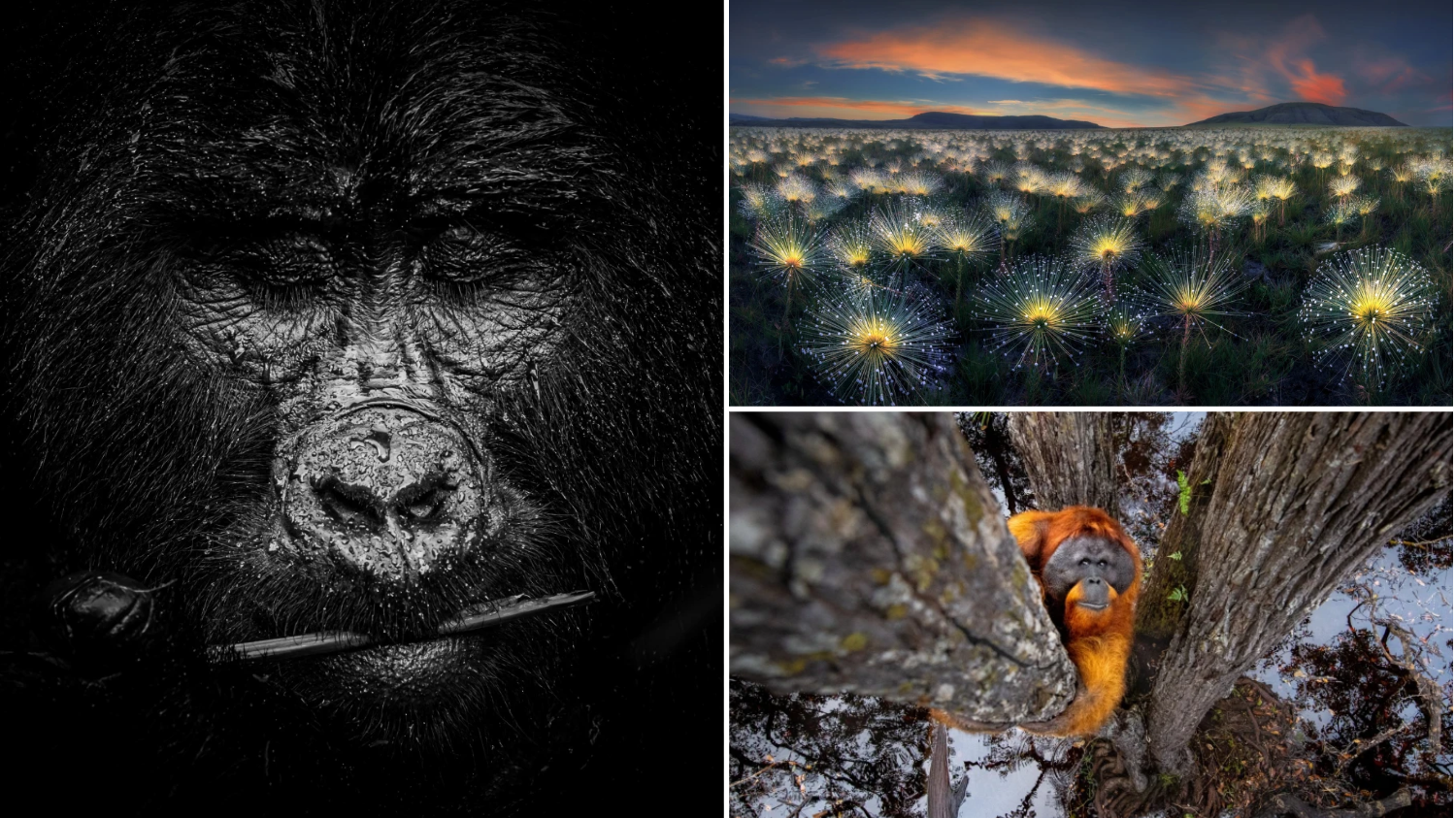 These breathtaking photos showcase the beauty of the natural world through some incredible action shots.

The winners of The Hamdan bin Mohammed bin Rashid Al Maktoum International Photography Award (HIPA) Nature competition have been revealed and the finalists include a musing gorilla, a chilly bear and an agile orangutan.

But the winning shot was captured by Henley Spiers, from Exeter, and depicts a swooping gannet smashing through water at 100km per hour.

The British photographer was the overall winner at the international photo competition, taking home the £100,000 ($120,000) prize.

Harry, who took the picture off Noss Island in 2021, said: ‘The photograph was captured on my very first day visiting Shetland, the northernmost location in the United Kingdom, a cold, harsh, and wild place of which I have grown extremely fond.

‘The handsome gannets visit here seasonally to nest, turning the dark cliffs white – they are one of the most impressive animals I’ve ever come across, masters of both air and sea.

‘This photograph is captured underwater, surrounded by diving gannets and I tried to display the controlled violence of the scene with a photograph which goes beyond what is seen by the naked eye.

‘Dialling my shutter speed down, and moving my camera along with the movement of the seabirds, an artistic blurring occurred, eventually after many attempts, leading to the frame we see here.’

The HIPA awards saw entries from all over the world, split across different categories.

Photographer Nguyen Vu Cao won the award for the colour category, with his picture of boats harbouring for a storm in Vietnam.

Winner of the portfolio section was Canadian biologist Paul Nicklen – who captured a bear running in minus 22 degree temperatures.

A runner-up in the nature category was Marcio Cabral, from Brazil, who snapped an impressive landscape of a glow-in-the-dark plant.

Feast on some more of the impressive entries below.