Kim Kardashian and Maluma are both on the market — but they are not seeing each other, sources told Page Six.

The stars attended the grand opening of The Goodtime Hotel in Miami on Friday, causing a stir on social media. While an insider told us the pair were “happy to see each other,” their interaction was just “friendly.”

A separate source added, “They are just friends and have lots of mutual friends in common. It’s nothing romantic.”

We’re told the old pals spent their time together catching up and chatting about the COVID-19 pandemic and the event, which Pharrell Williams and nightlife entrepreneur David Grutman hosted.

In pictures of the duo making the rounds online, Kardashian, 40, looked stunning in an olive green, vintage Dior dress as she shared a laugh with Maluma, 27, who donned a suit — while shirtless underneath — from his Balmain collection.

“maluma and kim kardashian were out together yesterday and let me just say… I kinda ship them,” a fan captioned photos of the pair from the Miami event, which received more than 700 likes on Twitter.

Another person agreed, tweeting, “i’m very into the idea of kim kardashian and maluma as a couple.” 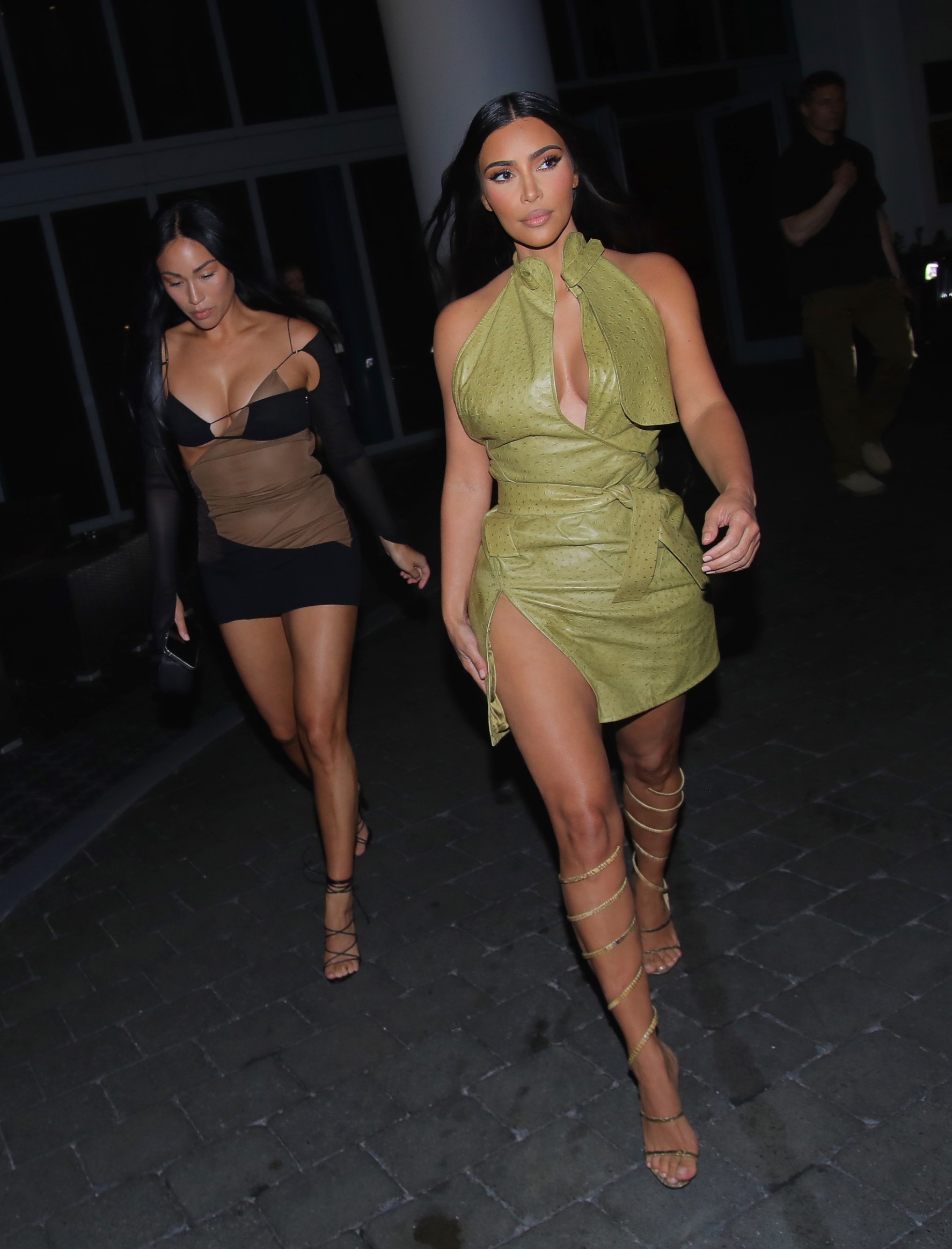 After the hotel opening, Kardashian was seen in Instagram Story posts hanging out with her former assistant Stephanie Shepherd inside of LIV nightclub. We’re told Maluma sat next to famed artist Alec Monopoly and not Kardashian at his own private table.

The KKW Beauty CEO met the “Hawái” singer at a Dior fashion show during Art Basel weekend in Miami in 2019.

Even though Maluma didn’t shoot his shot with the newly separated Kardashian on Friday night, a source confirmed the Grammy nominee is “happily single.”

As Maluma fans may know, he has had his eyes on the “Keeping Up With the Kardashians” star’s sister Kendall Jenner for years.

“Everybody knows that my celebrity crush is Kendall Jenner,” he previously told Access Hollywood. “I’m going to say it again, she’s my crush!” 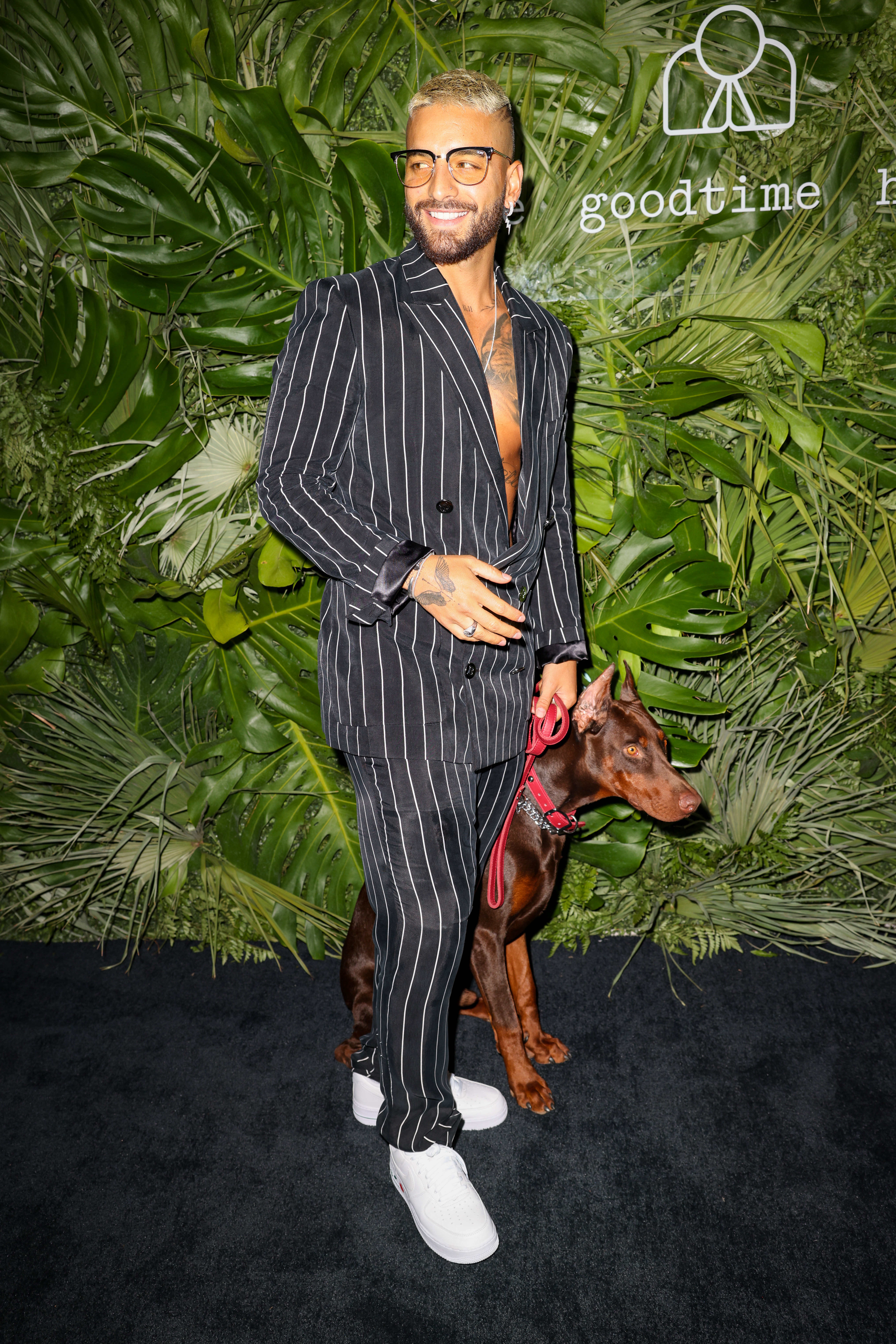 While it is unclear how long Maluma has been single, he was recently linked to a woman named Susana Gómez, a Colombian architect who runs an interior designing company​.

In January, the Reggaeton artist sparked speculation that the pair were expecting a child together with a photo believed to be of her pregnant belly, but the photo-op turned out to be a publicity stunt for his new album, “7 Days in Jamaica.”

As for Kardashian, she filed for divorce from Kanye West in February after nearly seven years of marriage. The estranged couple share daughters North, 7, and Chicago, 3, and sons Saint, 5, and Psalm, 1.