A COMPETITIVE eater wolfed down a monster full English breakfast called Terminator 2 — which has a staggering 65 items.

It took him just 12 minutes to scoff the gut-busting brekkie, which weighs more than half a stone and has eight times the amount of food on a normal full English. 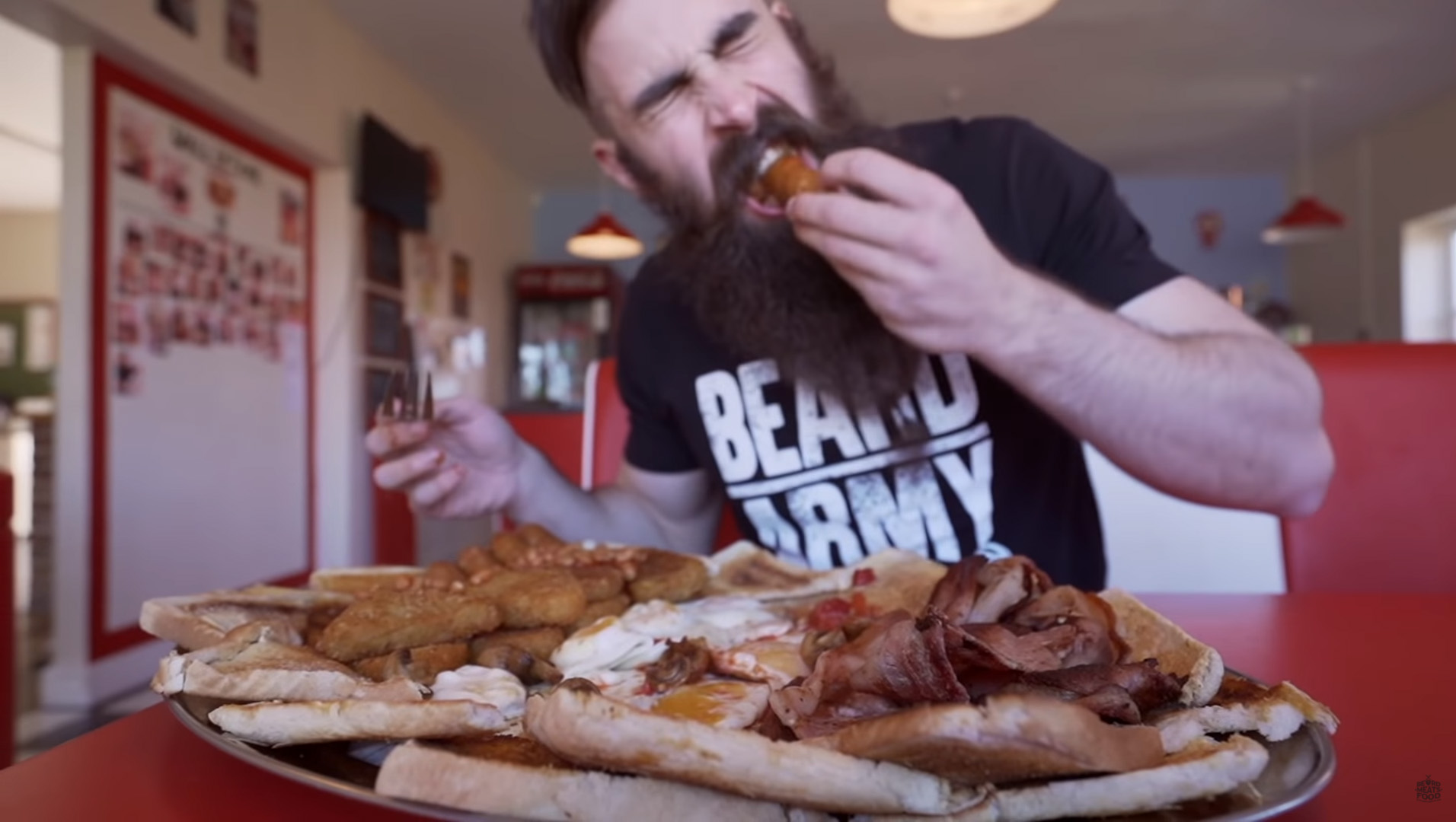 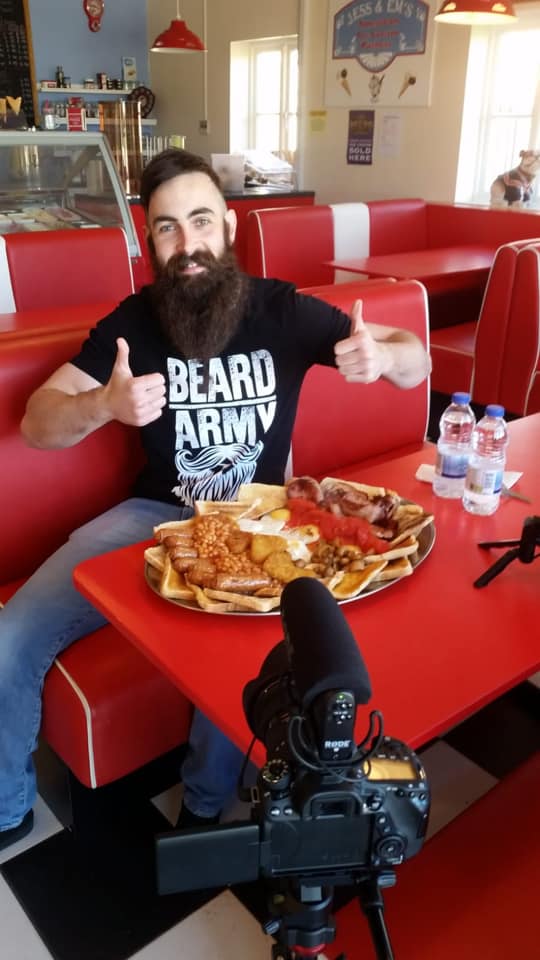 Chefs cooked up the monster food challenge at Shepherd's Place Farm in Nottinghamshire last year as a sequel to their first Terminator one-man-banquet.

Although the £15 culinary colossus remained undefeated for a while, one fella managed to get it all down in 28 minutes.

Which, for most people, is an extremely impressive feat.

But YouTube star Adam Moran, who runs the channel Beard Meats Food, thought he could do better.

So the competitive eater and personal trainer swerved in at the cafe one morning to smash the existing record.

Using only his hands for most of the job, Moran set about inhaling the huge dish in a brisk sitting.

Moran, who holds the British record for eating the most Big Macs in one hour, made short work of the whole thing in a little over 12 minutes.

The former banker even complimented cafe owner Ted Philips on his uber-calorific creation.

Adam said: "That was delicious, I've done a lot of breakfast challenges and that was good."

"That was kind of a shame but delicious nonetheless and a great day in the office for me."