‘It makes me sick’: Marilyn Manson abuse accuser slams Kanye West for ‘enabling a rapist’ and ‘retraumatizing’ her after he invited the disgraced rocker on stage at his Sunday Service alongside Justin Bieber

A woman who has accused Marilyn Manson of physical and sexual abuse has opened up about the pain she felt at seeing the singer on stage with Kanye West and Justin Bieber, saying it was ‘just like being retraumatized.’

West — who legally changed his name to Ye — continued to further his relationship with the embattled rocker by inviting him to his most recent Sunday Service held on Halloween.

Manson, 52, has three active lawsuits against him in relation to allegations of sexual, psychological, and physical abuse from over 15 different women, including actresses Evan Rachel Wood and Esmé Bianco.

‘It’s heartbreaking. It makes me sick,’ Ashley Morgan Smithline told People of seeing her ex at the event. ‘How is this the world we live in?’ 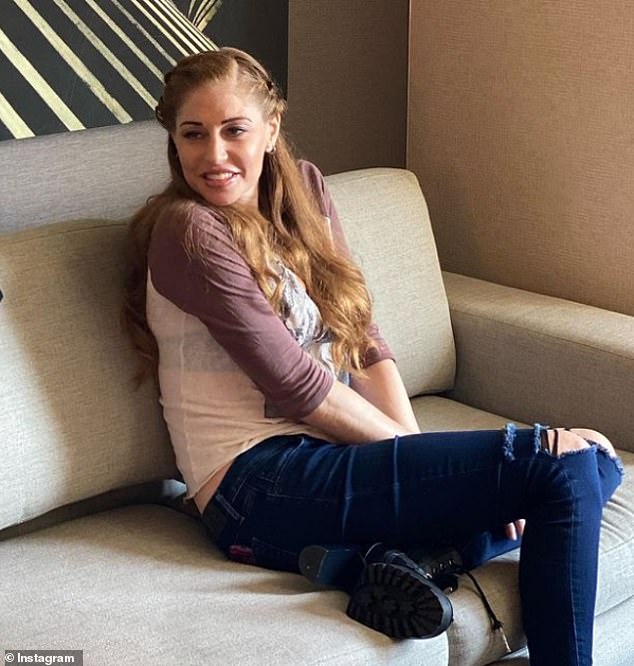 ‘It makes me sick’: Marilyn Manson accuser Ashley Morgan Smithline, 37, opened up to People about the pain she felt when she saw the rocker with Kanye West and Justin Bieber on Sunday 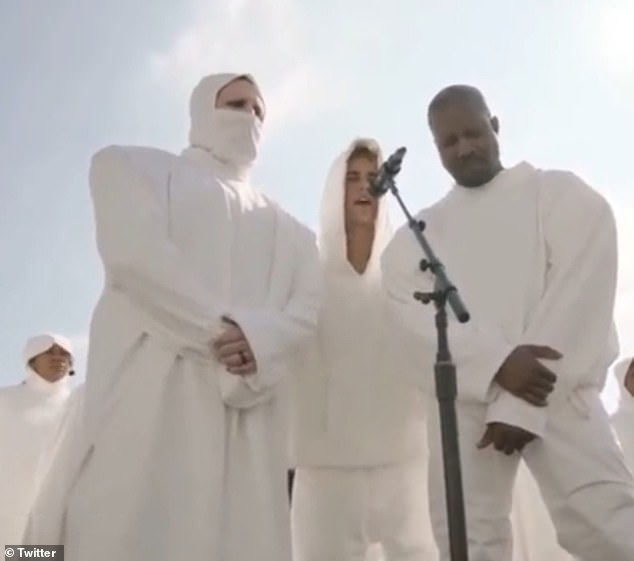 Surprise guest? West, 44, invited Manson, 52, to his most recent Sunday Service, where Bieber, 27, led the group in prayer 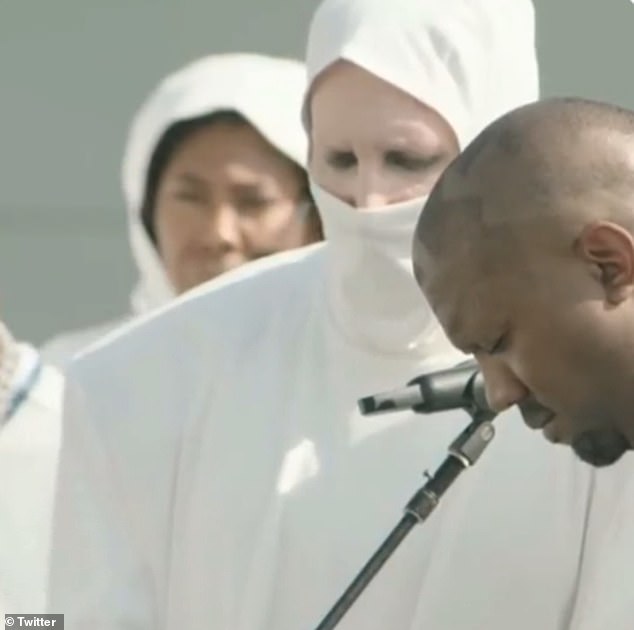 Claims: Manson, whose real name is Brian Hugh Warner, has three active lawsuits against him in relation to allegations of sexual, psychological, and physical abuse from 15 different women

Smithline, 37, had an alleged two-year relationship with the musician, whose real name is Brian Hugh Warner. She is one of the three women — including Bianco and Manson’s former assistant Ashley Waters — who are suing the artist.

She detailed how Manson’s presence at Ye’s Sunday Service over the weekend hurt her and the other alleged victims.

‘It makes everyone really f**king sick. This is just like being retraumatized,’ she said. ‘And it’s just showing the point that the world doesn’t really care if you rape and if you beat and hurt all these [women], you can do whatever you want, basically, if you have money and you’re a guy and you’re famous.’

As for West’s relationship with the rocker, she added: ‘This man has to know that he is enabling a rapist. He’s enabling an abuser and not just [of] one girl.’

Manson has staunchly denied all allegations of sexual assault, and he previously referred to the claims as ‘horrible distortions of reality’ that misrepresent consensual relationships with ‘like-minded partners.’

In videos and photos from the service, he was seen cloaked in head-to-toe white, including a hood and face covering that showed only his eyes.

Bieber, who sang ‘Hurricane’ with West, also led the trio in a prayer circle while a gospel choir sang in the back.

Manson was seen bowing his head throughout with his arms crossed at his waist, and he even extended his arm out to West’s shoulder during a moment of prayer.

‘The Beautiful People’ singer — who referred to himself once as ‘God of F**k’ — had been very open about his involvement with the Church Of Satan, making his appearance alongside the two religious crooners at a Christian gathering even more shocking.

During Bieber’s prayer, he said: ‘We cast out any demonic negativity that would try and steal our peace today or steal our joy,’ and later finished ‘in the name of Jesus.’

‘Justin didn’t know Manson was going to be there prior to the event,’ a source told People. ‘He wasn’t aware that he was a part of it.’ 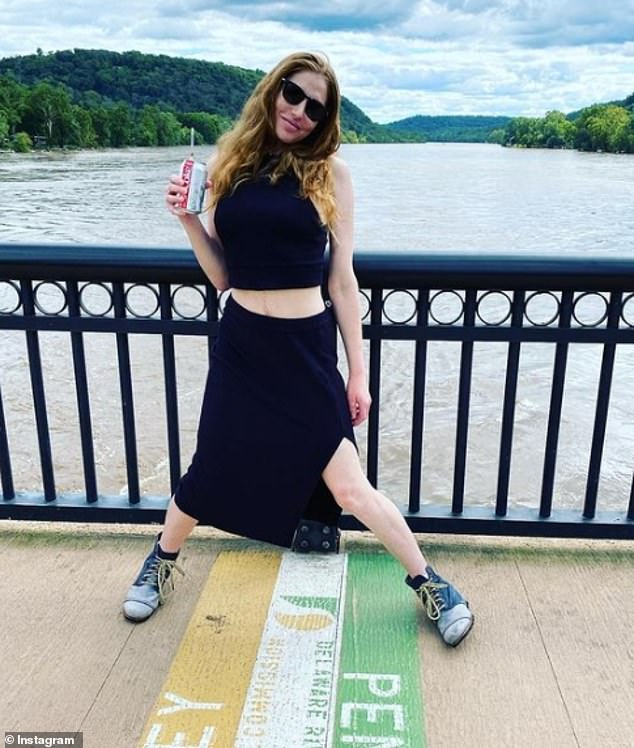 Accusers: Smithline is one of the three women, including actress Esmé Bianco and Manson’s former assistant Ashley Waters, who are suing the singer 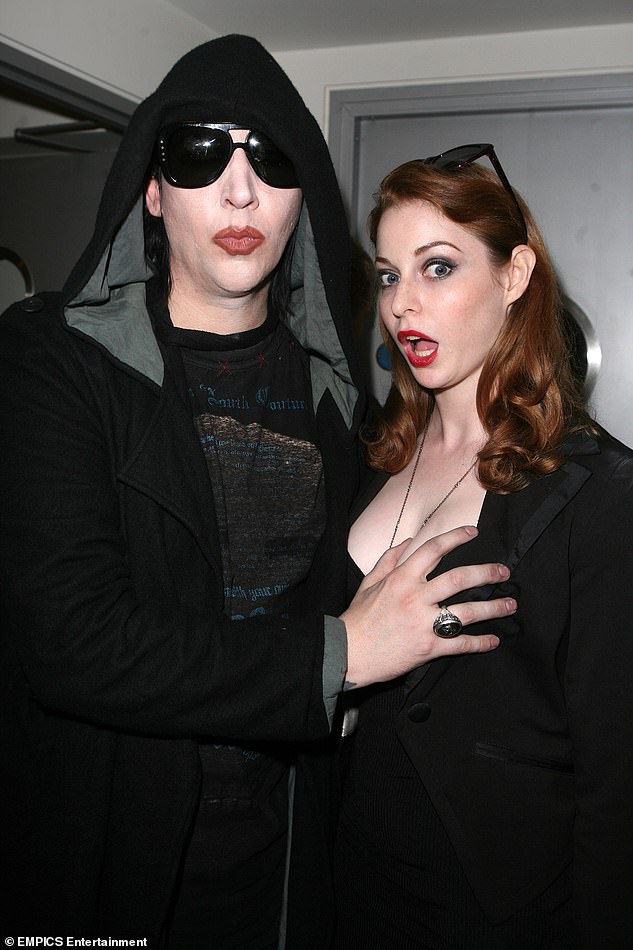 More allegations: In late Macy, Bianco filed a lawsuit in federal court accusing Manson of sexual assault and battery and violation of human a trafficking law 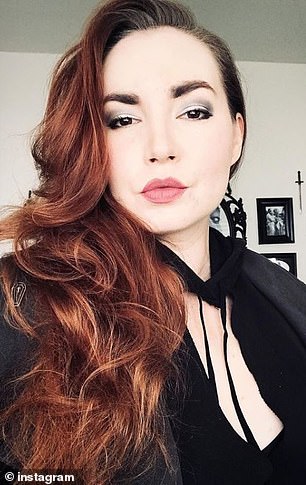 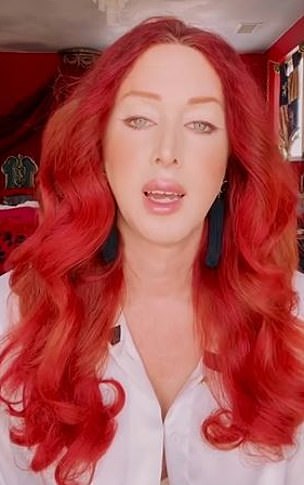 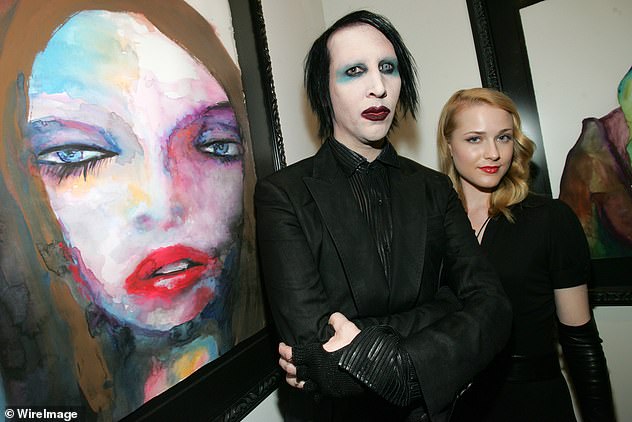 A spokesperson for Manson told the magazine that the singer was an ‘integral part’ of the Sunday Service, but when asked if he had turned to Christianity, the representative replied: ‘That’s nobody’s business.’

‘Throughout his career, Marilyn Manson has collaborated with innovative and legendary artists across all musical genres, and Ye is no exception,’ the spokesperson said. 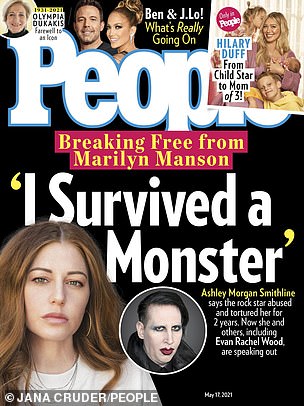 Bombshell: In May, Smithline was featured in People’s explosive cover story in which she gave her account of their relationship, saying: ‘I survived a monster’

Smithline told People that it is upsetting to see Manson in the public eye without any backlash, and she referenced him being seen having lunch in West Hollywood a few weeks ago.

She added: ‘So to see Kanye West take his name… and prop up [an] abuser, rapist, anyone to sell albums?… I’m sick to death. And this is the way that our world works and he’s thriving.’

In May, Smithline was featured in People’s explosive cover story in which she gave her account of their relationship, saying: ‘I survived a monster.’

The model claimed she was sexually assaulted by Manson several times and was locked into a soundproof room called ‘the bad girls’ room’ whenever she made him angry. 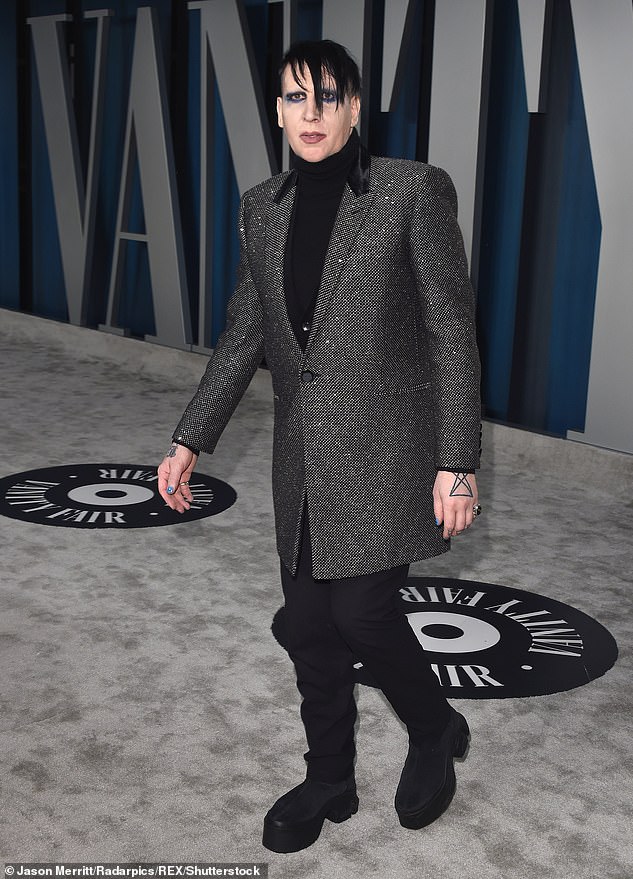 Defense: Manson has staunchly denied all allegations of sexual assault, and he previously referred to the claims as ‘horrible distortions of reality’ 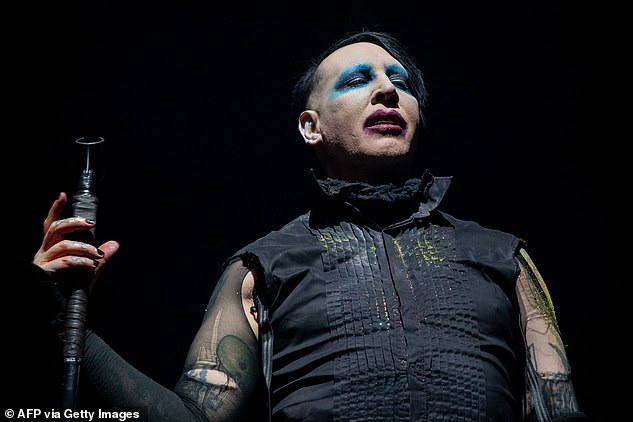 Response: A spokesperson for the artist responded to Smithline’s claims in the story, telling People they ‘strongly deny her claims’

She also alleged that he cut her with a swastika-emblazoned knife despite her being of Jewish descent, shoved his fist in her mouth during sex, and forced her to do a blood pact.

Smithline first named Manson as her abuser in an Instagram post back in February, months before calling him the ‘most terrifying monster in the world’ in the People feature.

A spokesperson for the artist responded to People about the accusations, saying they ‘strongly deny her claims.’

‘There are so many falsehoods within her claims that we wouldn’t know where to begin to answer them,’ the statement read. ‘This relationship, to the limited extent it was a relationship, didn’t last one week.’

However, People reported that Smithline provided emails and messages she claimed were from Manson that had spanned more than two years.

The cover story was published a week after Bianco filed a lawsuit in federal court against Manson, accusing the musician of raping, beating, and torturing her after bringing her from the UK to LA under false pretenses.

The explosive 10-page complaint, which was filed in US District Court for the Central District of California, alleges sexual assault and batter and violation of the Trafficking Victims Protection Reauthorization Act. The lawsuit seeks unspecified damages and attorneys’ fees.

Manson sought to have Bianco’s case thrown out on statute-of-limitations grounds, but last month a judge denied his bid to have the her claims dismissed.