Model, 26, whose boyfriend is 4ft 10 and rides a mobility scooter blasts claims he’s her sugar daddy – despite their 22-YEAR age gap

A couple with a 27-year age gap are used to getting looks and stares when they go out in public – not least because she’s a model and he’s a 54-year-old who rides a mobility scooter.

An adult model and cam girl, Sarah’s preferred outfit is hot pants and a crop top; while 4 ft 10 Mason is more comfortable in jeans and a shirt.

Mason, from New York, said: ‘Truth of the matter is, I don’t see myself as being in her league. So when I look at a beautiful, young 26-year-old adult model, I don’t think, “oh she is gonna be in love with me”.

‘When she first expressed interest in actually being in a relationship with me I think I was just shocked as anybody. 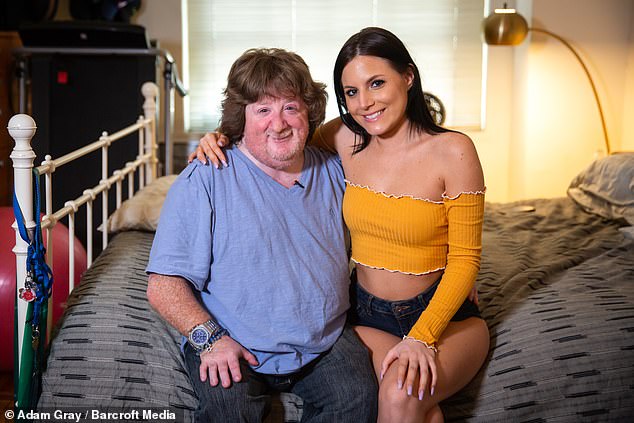 Mason, 54 and Sarah, 26, have defended their unconventional relationship by insisting that they are madly in love with each other

He admitted that a lot of people have asked her: ‘Really you are with that dude, like why? Is it for the money? Is it because he is your sugar daddy?’.

Although Sarah has previously been as a sugar baby, she maintains that her relationship with Mason, who is a former child actor, is strictly personal.

‘The idea of being a sugar baby can be fun, sometimes, like getting paid $300 for dinners. But ever since I started talking to Mason, I just decided that I don’t want that anymore. I just feel like, I’m happy to be in a relationship with him.

‘I am really happy with Mason. I don’t need to be with him for his money.’

Mason added: ‘Sarah’s never asked me for a cent.

‘She’s bought me beautiful gifts, and spent time with me and money on me, so I don’t feel that’s the basis of our relationship at all.’

This is the first age gap relationship Mason has been in.

He said: ‘The last time I dated someone 26 is probably when I was 28. My entire life most of the women that I have had relationships with have been my age, or even maybe slightly older than myself. So, this is a new one for me.’

By contrast Sarah admits Mason isn’t even the oldest man she has dated: ‘I really haven’t dated any guys my own age.

‘I usually try to date guys that are in their late 50s, so no he is not the oldest guy that I have dated.

‘I like older men because they are more mature, I just love the way they look – like I actually like grey hair and bald guys – I don’t know that is what I am attracted to.’ 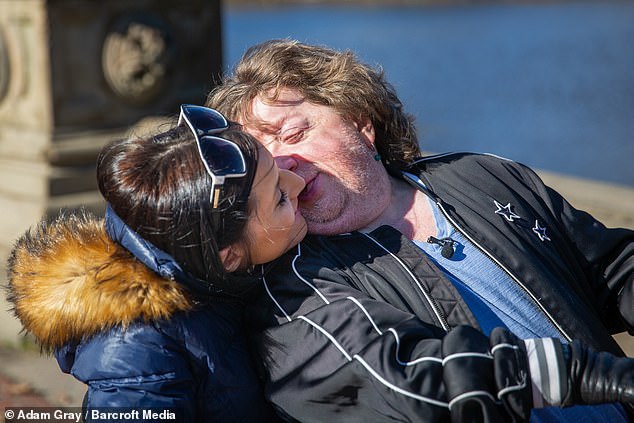 Sarah, an adult model and cam girl, has hit back at claims she’s using Mason as a Sugar Daddy by declaring that she doesn’t ask for his money 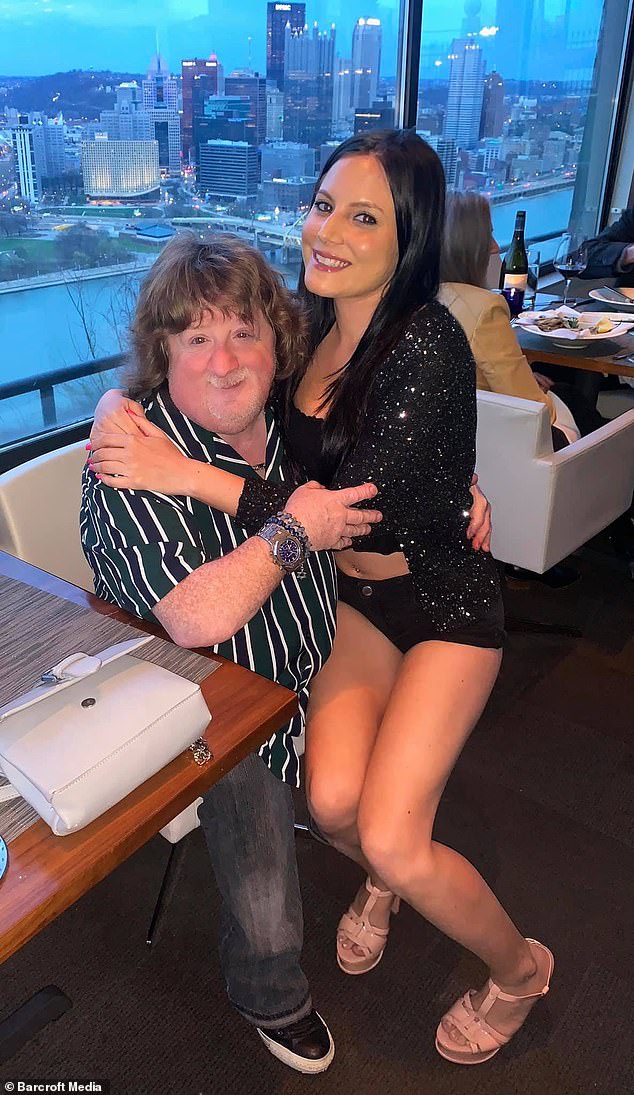 The couple, who have been dating for seven months, met at the Chiller Theatre Expo in New Jersey; although they had already been in touch with one another on Facebook.

Sarah explained: ‘I actually sent him a friend request because a friend of mine was talking about him and she was just mentioning that he was a former child star, and I didn’t know who he was, so I just looked him up and I really liked his videos.’

Mason accepted the friend request, spotting that they had some mutual friends.

After exchanging a few messages, the pair agreed to meet up at the horror and pop culture convention. Sarah was working, signing modelling posters and taking pictures with fans.

She said: ‘He was actually waiting for me at my table while I was upstairs so I went down, I saw him and we gave each other a big hug and we spoke for the next three hours, we talked about everything. We talked about how he used to own restaurants and how I used to be a bartender and just random other stuff.’

Asking her to go for a drink later, the couple did more than that. 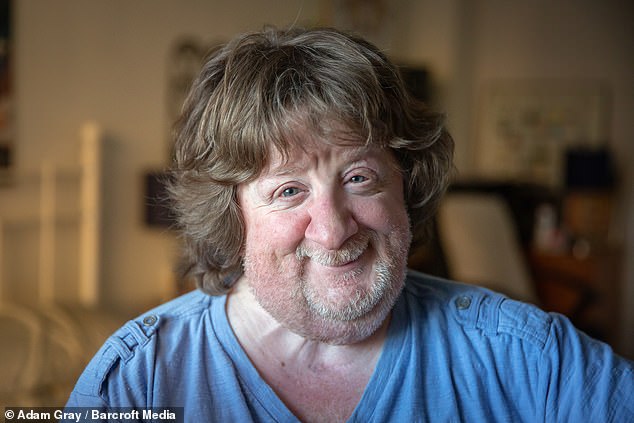 Mason is aware that people wonder why Sarah is with him

Mason said: ‘We met at the bar and we didn’t stop kissing each other until about 3 o’ clock in the morning.’

Sarah didn’t see the other guy again. She had to wait though for her and Mason’s first date.

She said: ‘We went on a proper date a month after we met because he was in LA.’

But after that, things moved quickly.

Sara said: ‘I think the relationship progressed so quickly because we just hit it off right away.’

Mason added: ‘When you meet somebody and you end up talking for three hours effortlessly – no pauses, no breaks, no uncomfortable moments of real silence that’s kind of unusual and I think she felt that way as well.’

Sarah still has her Pittsburgh apartment but spends most of her time now in NYC with Mason.

Mason said: ‘Obviously we are lovers, but at the same time we are also good friends.  I think we really enjoy being around each other. I think we make each other laugh a lot. We do have a lot of common interests.’

‘It doesn’t matter how old she is, or where is she’s from or anything else.’