MCDONALD'S is bringing back the Mint Matchmaker McFlurry for the first time in six years – but it won't be around for long.

The popular flavour hasn't been seen in restaurants since 2013 but will be returning to the menu in time for Christmas. 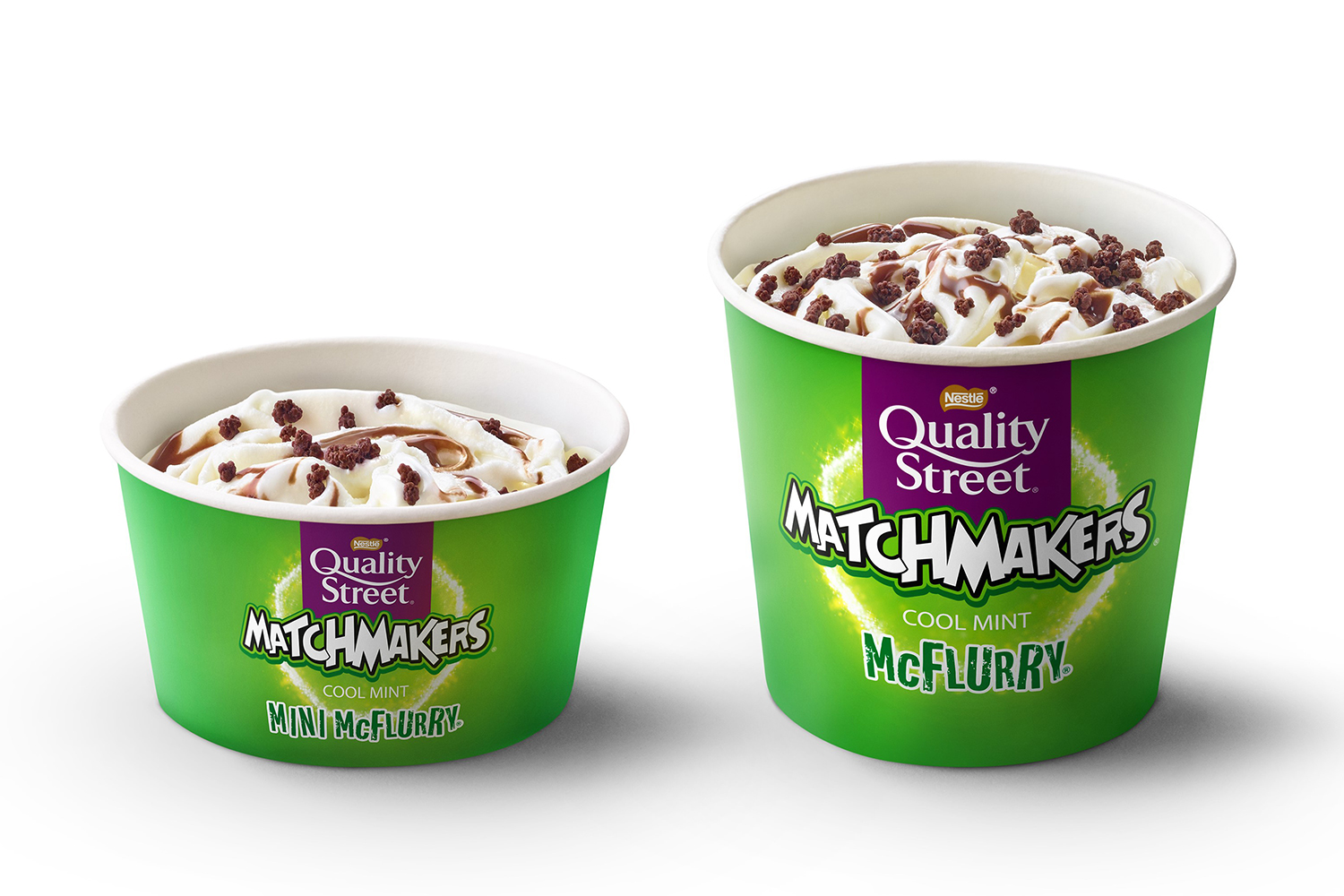 And McDonald's had the ingenious idea of crunching them up and swirling them into the fast-food chain's dairy ice cream.

It's also mixed with a chocolate mint sauce to give it that extra kick.

The cooling pudding will be available to buy in both the mini version for 99p and regular size which cost £1.39.

Of course, the majority of McDonald's restaurants in the UK are franchised so prices may vary depending on what branch you're in.

We're not sure on the calorie content yet, but if it's anything like the Smarties McFlurry then you can expect the mini option to contain around 140 calories and the regular to contain 280.

You'll be able to get your hands on the treats from November 20 – you can find your nearest branch here.

But the McFlurry flavour is a limited edition treat and will only be available until January 1.

The dessert will sit alongside the Smarties and Malteser editions which the fast food giant brought back earlier this year.

But it meant that the Dairy Milk and Crunchie flavours had to go to make room for the returning favourites.

McDonald's added a pesto and bacon burger to its menu this week and it sounds delicious.

In other news, a McDonald's fan has snapped up 20 chicken nuggets for just 49p on Uber Eats, saving herself a whopping £7.99.