Meghan McCain returned to The View for the first time after she announced she was pregnant. The conservative co-host made an appearance via Skype from her home. She had previously revealed that her doctor recommended her to practice social distancing due to the coronavirus pandemic. Upon her comeback, McCain said the moment was “bittersweet” and explained the reasons why. 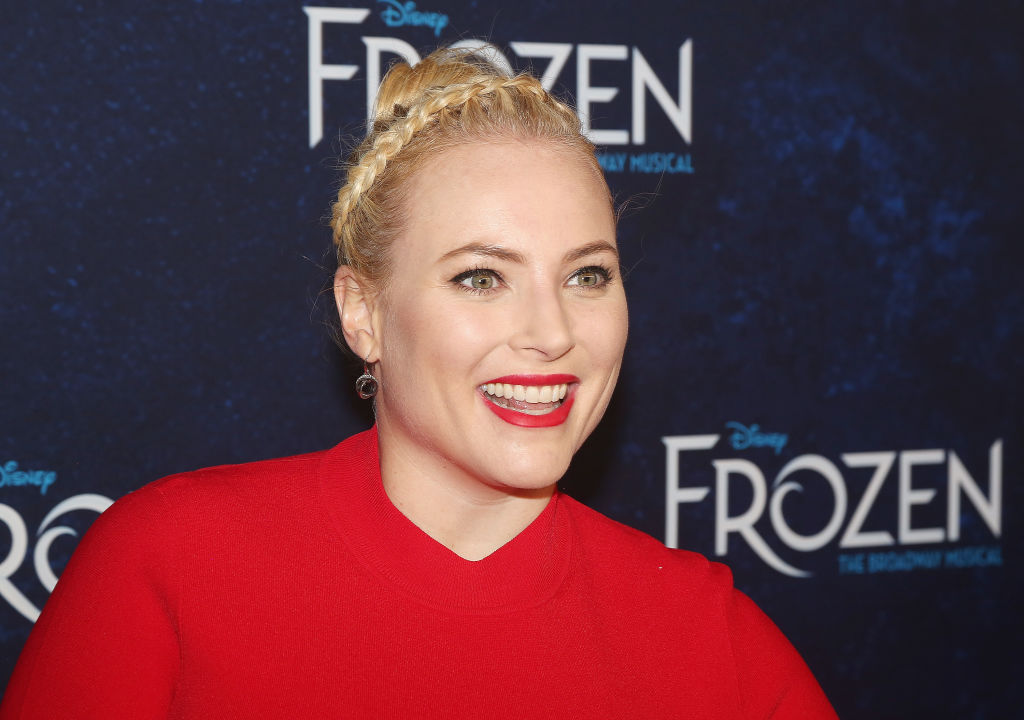 What did Meghan McCain say upon her return?

The show started off with the ladies of The View congratulating McCain on her pregnancy.

“We’re excited, a little surprised… it’s bittersweet because there’s just a lot of people in a lot of pain right now,” McCain said. “Obviously, I would prefer to be in the studio with all of you but my doctor recommended against it. I think everyone knows that this has not been a smooth road to motherhood. It’s taken a lot of, physical, mental, emotional strength to get here and I think like a lot of women it wasn’t a straight line. I didn’t know if I ever was going to be a mom.”

The political analyst is seemingly worried about being pregnant during the health crisis due to COVID-19. However, she reminds herself that other mothers “have had babies in much worse conditions.”

“I think there’s going to be a time and a place to talk about this at greater length, but right now I think America just wants to talk about the coronavirus. Thank you to everyone for all the kind words and wishes. Ben and I have been completely overwhelmed with all the kindness,” she added.

Our @MeghanMcCain announced she’s pregnant — congratulations Meghan and Ben Domenech! ❤️ “My husband Ben and I have been blessed to find out I’m pregnant,” she posted on her social media today.

Whoopi Goldberg congratulated McCain on the baby news and said, “people are looking for things to celebrate. You’ve just given folks a nice little bump of celebration, so it’s a good thing.”

McCain interjected and shared that Goldberg had predicted her pregnancy a year ago.

“Whoopi said this to me. Whoopi told me like a year ago that I was going to have a child and she told me the gender,” McCain said. “You were 100% right and this doesn’t help my feeling that you have psychic abilities that I always thought you had. I told my mother, ‘Whoopi was right about everything including the timing.’”

It was over the weekend that McCain confirmed she was expecting a baby with her husband Ben Domenech.

“My husband Ben and I have been blessed to find out I’m pregnant,” McCain announced. “Although this isn’t how I expected to announce my pregnancy, both we and our families are excited to share the news with you all.”

Following her doctor’s recommendations, McCain will be hosting the daytime show from her home. Although there has been no evidence that pregnant women get coronavirus, the Republican pundit wants to take all the precautions.

“I consulted with my doctors and they advised me that for the safety of our baby and myself, I should be extra vigilant about limiting the amount of people we come in contact with,” she added. “Starting immediately, I’ll be joining the millions of Americans who are self-isolating as a precaution to prevent the spread of COVID-19. As a result, I will be appearing on The View from home via satellite.”

“I’m fortunate that my employer, ABC, has allowed me and my co-hosts to work remotely,” McCain continued. “I am indebted to our producers and crew. I also want to acknowledge the heroes — the doctors, nurses, grocery and pharmacy workers, journalists, police officers, firemen, and military — who are on the front lines of this fight. Please stay safe. Wash your hands and avoid public gatherings and I will continue to see you each morning on The View.”