“Goodnight to my soulmate love of my life. RIP 💔,” the model, 30, shared via Instagram Story on Sunday, November 6. “Tonight I imagine myself laying on your tattoo chest as I fall asleep on yours I did for 3 years.” 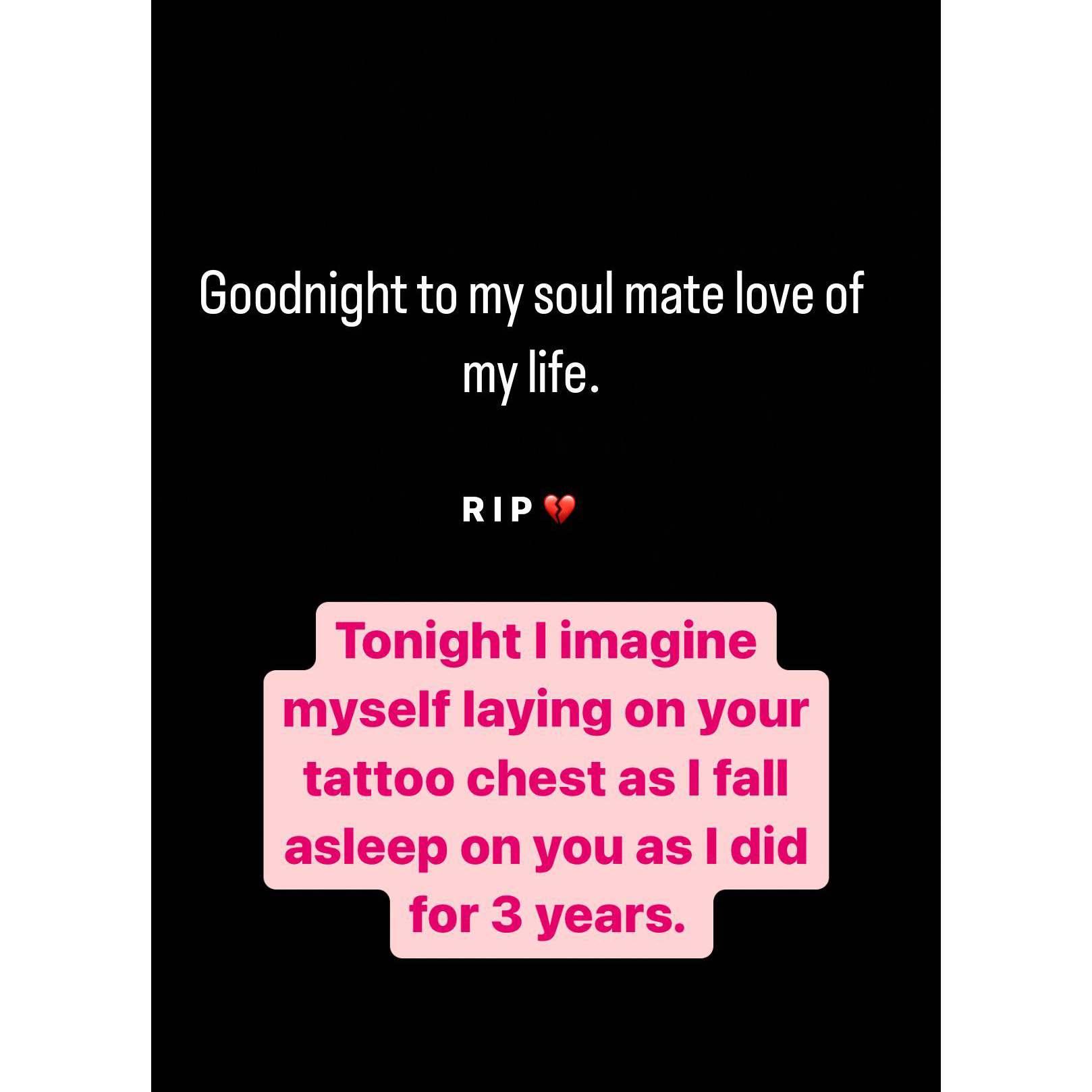 The rapper, who rose to fame in the late ’90s and early ’00s performing as an opener for his brother Nick Carter‘s the Backstreet Boys, was found dead at his California home on Saturday, November 5. He was 34.

Martin went on to share several photos of herself with her ex-fiancee as well as a video of their son, Prince, born in November 2021, saying “Dada.” Martin wrote, “He was beautiful” on one photo of her late love. Another was a clip of the former couple’s pictures set to Carter’s single “All About You.”

Martin wrote in another post, “I’ll never be the same.”

The couple dated off and on over the last three years and were engaged prior to their February 2022 split. One month after welcoming their son, Aaron told Us Weekly that he was enjoying fatherhood.

“It’s all a beautiful blessing because I’ve had a lot of relationships and I started [to] kind of [give] up on love. I was talking about having a family years ago,” Carter exclusively told Us in a December 2021 joint interview with Martin. “I [wanted] to be at home and enjoy the love of my life and my child. Now that it’s here, it’s like an epiphany. Every minute now has become so precious and every bit of time that slips by now … I’ve [really] switched my gears of thinking. I’ve given a lot of people second and third chances, as you can see with us and the stuff that we’ve gone through.” 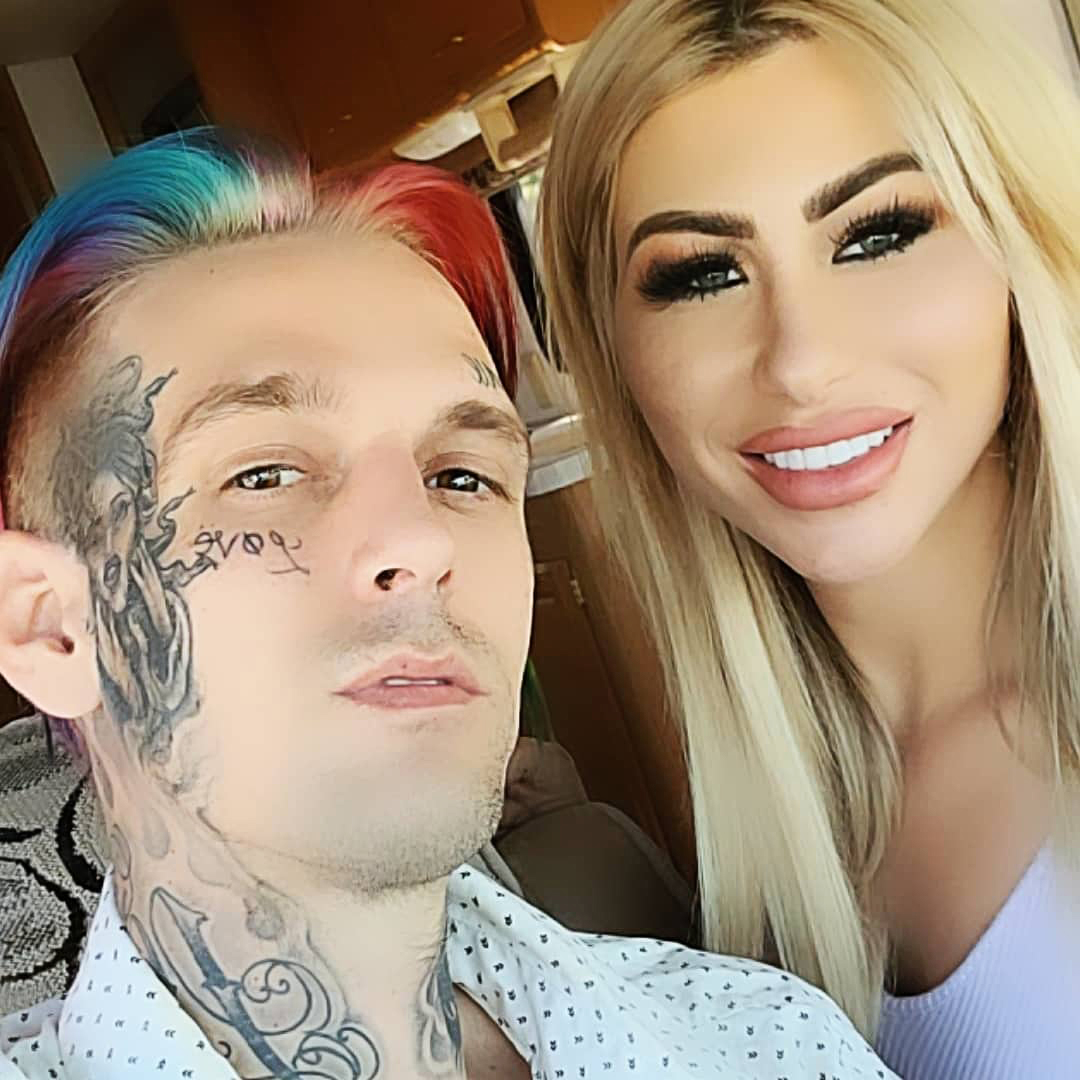 The “I Want Candy” performer went on to explain that his working on his mental health helped him finally be able to look forward to his future.

“The person that I am today — I want to be a better version of [the person] I was the day prior to that. So tomorrow, I want to be a better version of myself than I was the day before that,” he added. “So that’s really what I’m striving for and really just peace and serenity and exercising those things more. And really holding my own self accountable for my shortcomings. You can use your willpower to make the difference with yourself. You gotta be able to recognize how you look, how you feel, and you gotta know that your body is a temple and you need to cherish it and take care of it.”

Shortly after his death made headlines on Saturday, Martin shared a video of herself crying in her car via TikTok.