Briefs encounter! As James Corden admits he wears Spanx on the red carpet, real men reveal how they too use shapewear to tuck in beer bellies and slim down dad bods (and even Richard Branson’s a fan!)

Many women rely on Spanx to enhance their figures and hide those few extra pounds they’ve been meaning to shift.

But the shapewear is not just for ladies, as The Late Late Show host James Cordon highlighted earlier this week. The London-born presenter, 41, revealed he wears Spanx to present every show, and admitted it’s his New Year’s resolution to ditch them.

James told The Marvelous Mrs. Maisel star Rachel Brosnahan and RuPaul on Monday: ‘I think I’m making a sacrifice wearing these Spanx. I’m not even joking. My New Year’s resolution is to try to get to a point where I do one show this year, not wearing Spanx.’

And James is not alone; another celebrity who has openly shared his love of the undies is Richard Branson. The billionaire businessman, 69, has proudly showed off his Spanx collection on more than one occasion; most recently at a speaking panel event with the American founder Sara Blakely. 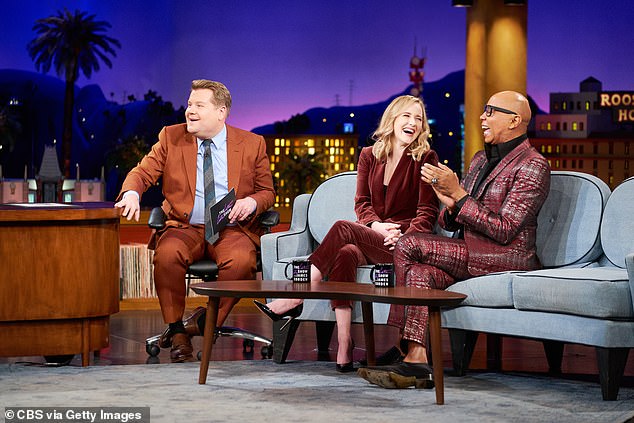 The Late Late Show host James Cordon revealed to The Marvelous Mrs. Maisel star Rachel Brosnahan and RuPaul (pictured) that he wears Spanx to present every show, and admitted it’s his New Year’s resolution to ditch them

Mr Branson dropped his trousers and flashed his pants to the audience, with Sara sharing a snap of the moment on her Instagram page, writing: ‘He loves the @spanx mens underwear and he isn’t shy about it!’

He previously showed off his Spanx briefs at a Goldman Sachs event in Washington DC in February 2018.

Meanwhile a number of proud blokes have also proudly displayed their shapewear on social media.

Here FEMAIL brings you a selection of the best men in Spanx snaps from around the world. 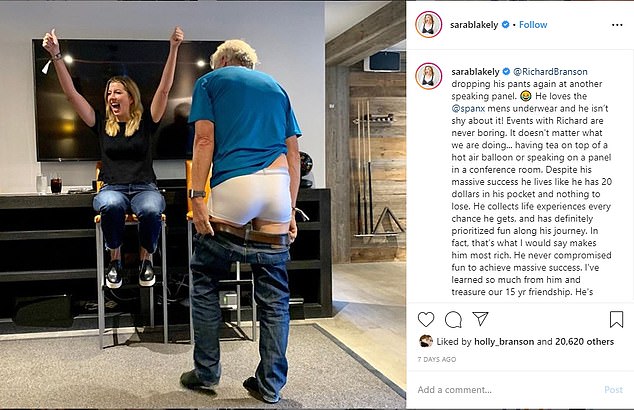 Richard Branson, 69, has proudly showed off his Spanx collection on more than one occasion; most recently at a speaking panel event with the American founder Sara Blakely (pictured) 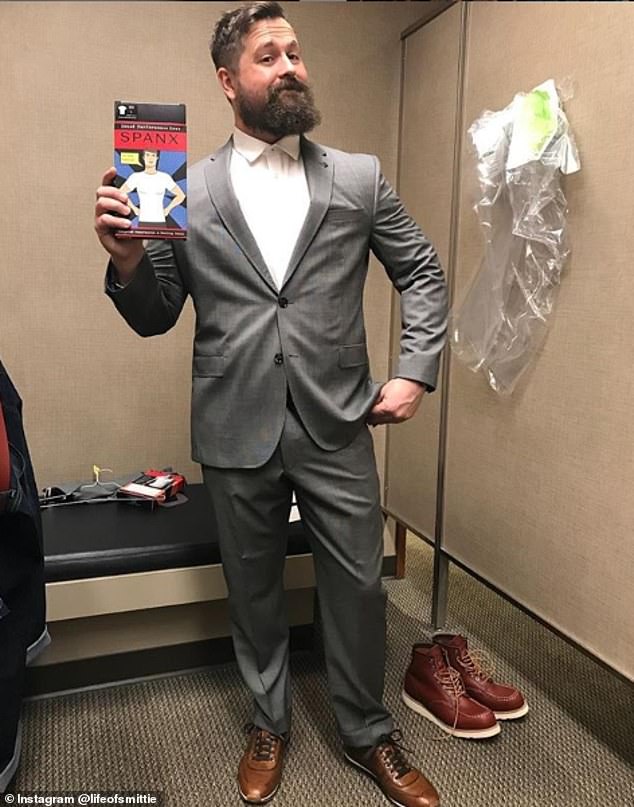 Instagram user Mr Smith, aka @lifeofsmittie, who describes himself as a DadBod lifestyle guru believed to be from the US, shared this snap of him trying out Spanx for men for his wedding because he didn’t lose as much weight as he’d wanted to – and admitted it wasn’t easy to get on, but it does ‘hold everything together’ 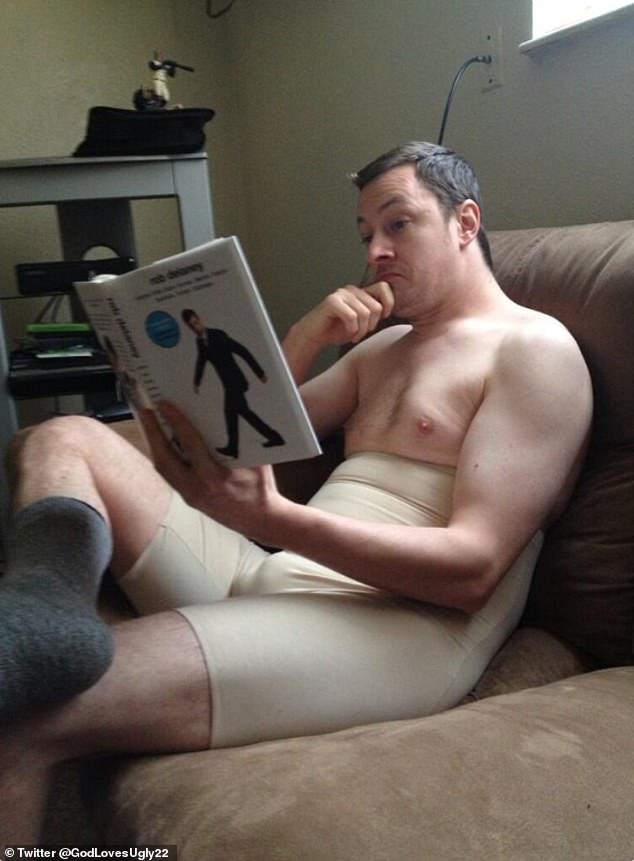 Twitter user @GodLovesUgly22, who goes by the name The Decapitated Head of Jughead, shared this snap of him wearing a full bodysuit, captioning it ‘real men wear #Spanx’ to freak out American comedian Rob Delaney 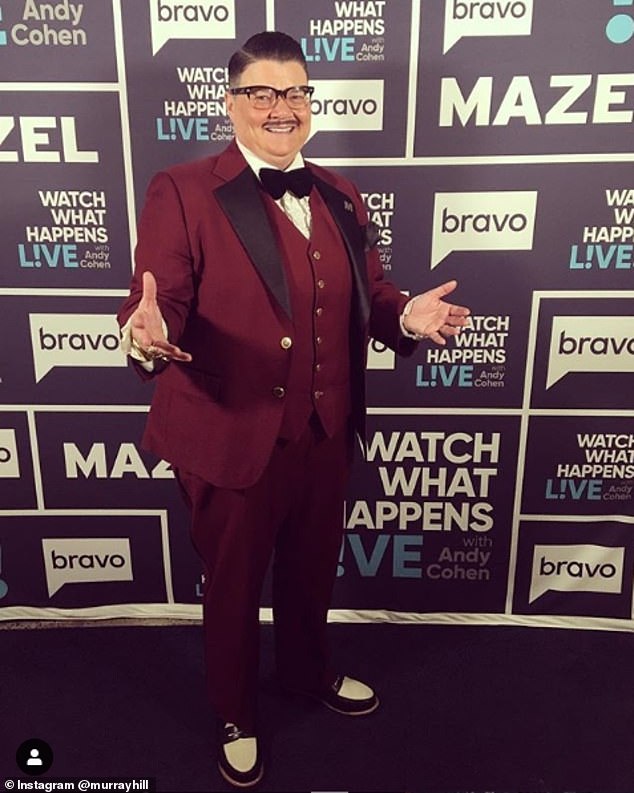 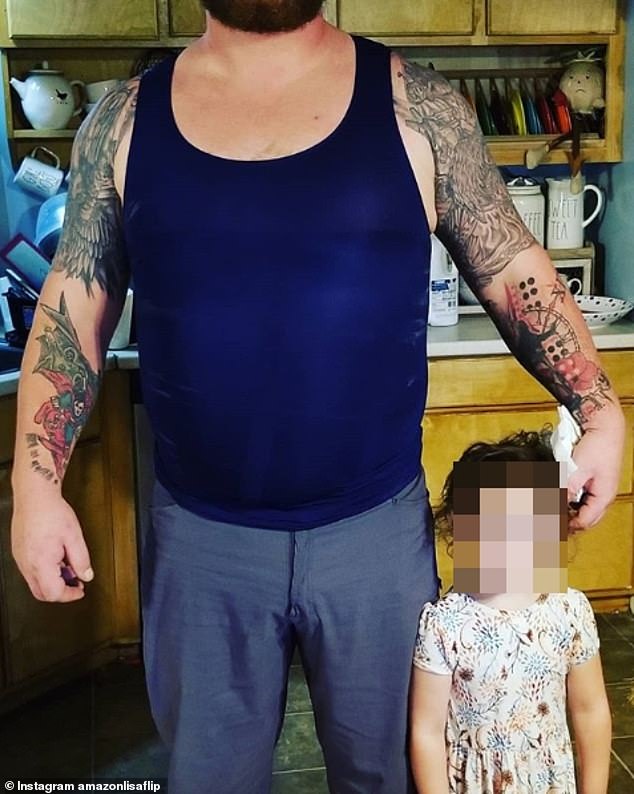 Instagram user Lisa Flip, from an unknown location, shared this photo of her husband wearing man Spanx – and he claimed it was so comfortable he’d keep it on 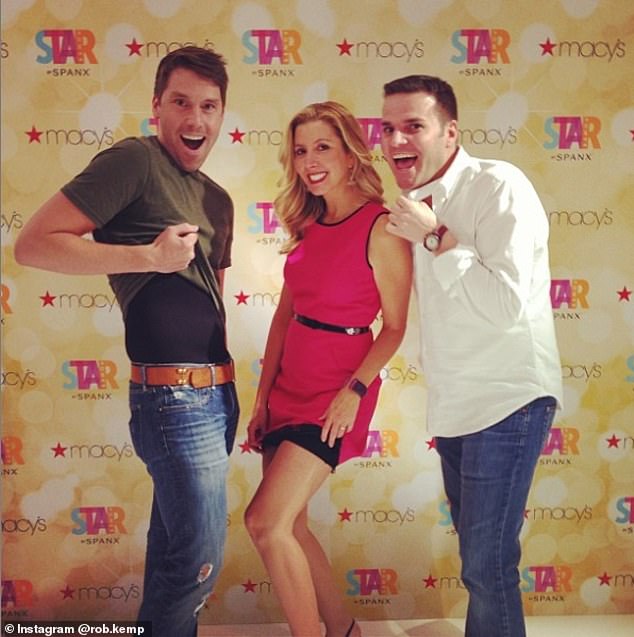 Flashing the Spanx! Rob Kemp, from Atlanta, showed off his male shapewear at an event in the US 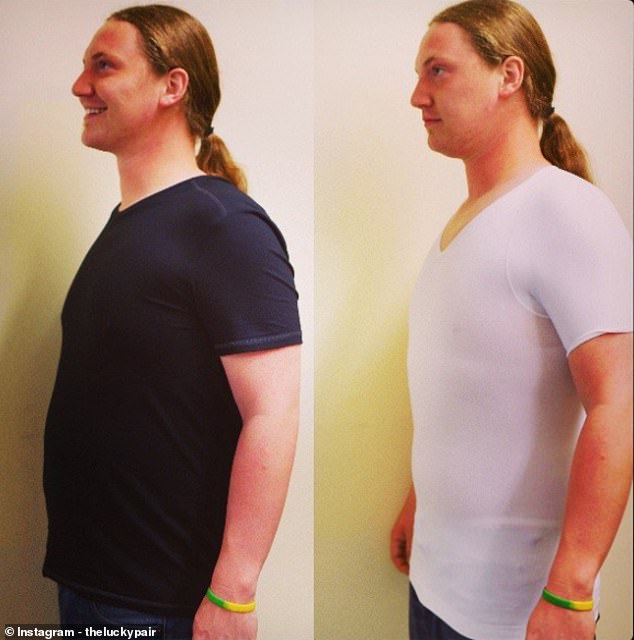 What a difference! Retail store The Lucky Pair shared this image of one of its employees wearing Spanx for men 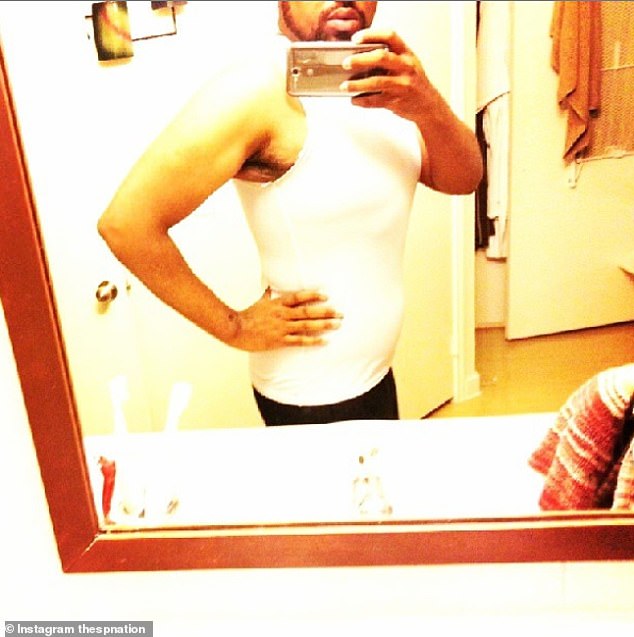 Instagram user @thespnation, believed to be from the US, shared this mirror selfie to reveal he wears Spanx for men when he runs to keep his skin tight, after he shed 150lb. He revealed he also used to wear Spanx prior to his weightloss 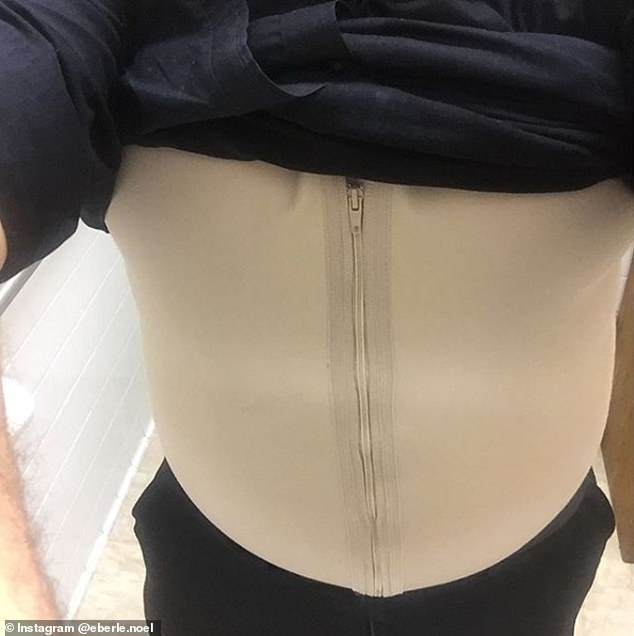 Kevin Eberle-Noel, from Las Vegas, shared this image on him wearing shapewear on his upper body, captioning the snap: ‘My abdomen has a zipper #manspanx’ 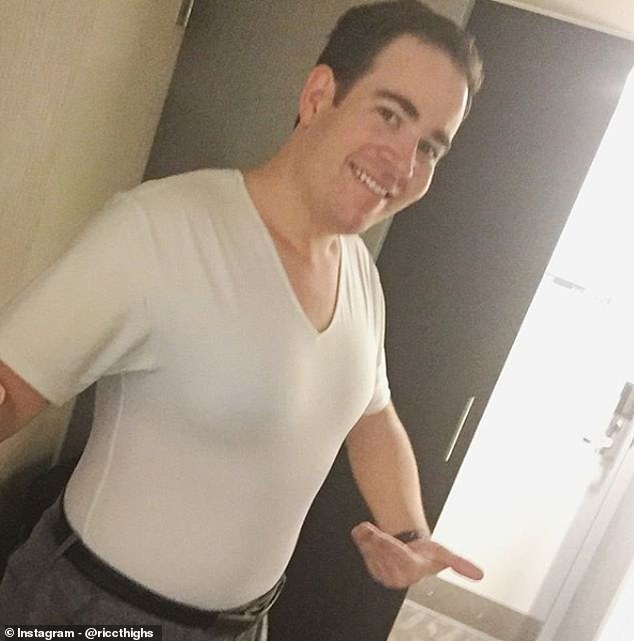 Instagram user Richard Maher, a holistic massage and skin educator from Orange County, shared this image of him proudly wearing Spanx for men prior to giving a lecture at the Professional Hair Removal Conference 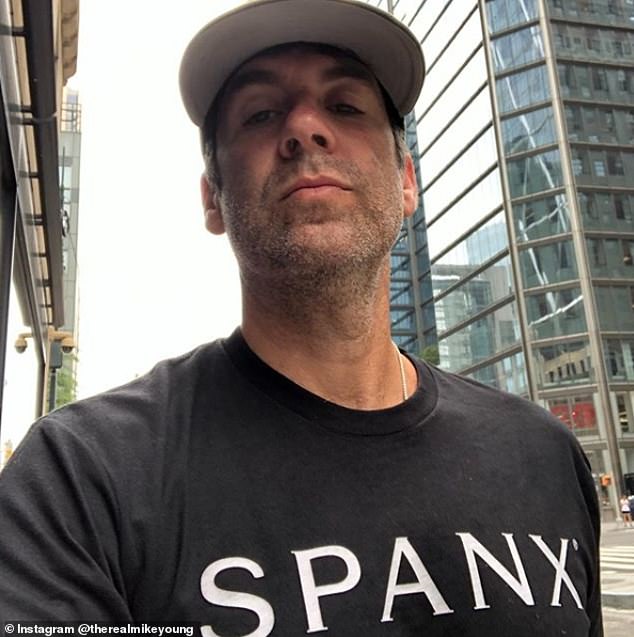 Stand up comedian Mike Young, pictured in New York, showed his support for male shapewear with a Spanx T-shirt 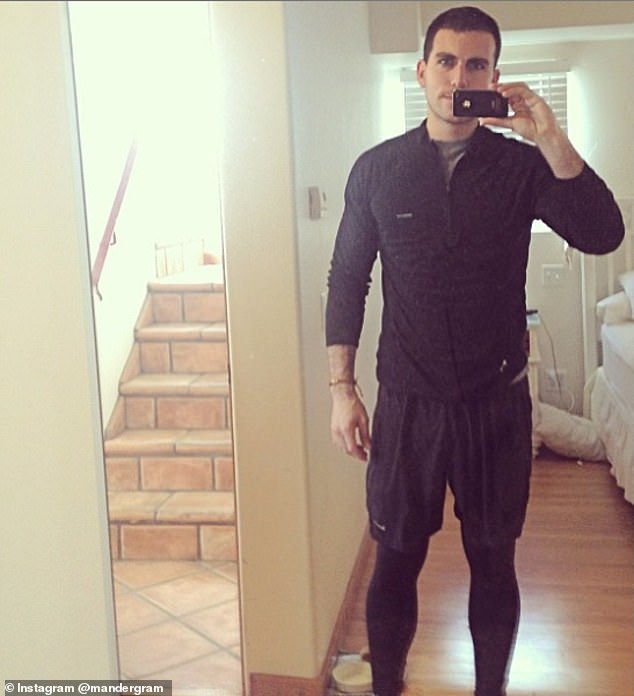 Joey Manderino, a writer and producer known for Carpool Karaoke, shared this snap of him donning Spanx for men for a morning run 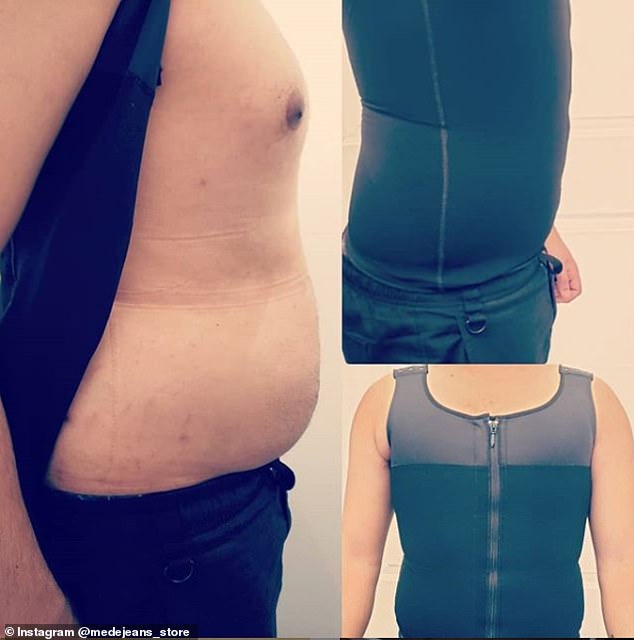 Medejeans USA, a clothing store in New Jersey, shared these before and after photos of a happy customer after they purchased this male shapewear

Check Out the BTS Instagrams & Twitpics From the 2020 Emmys