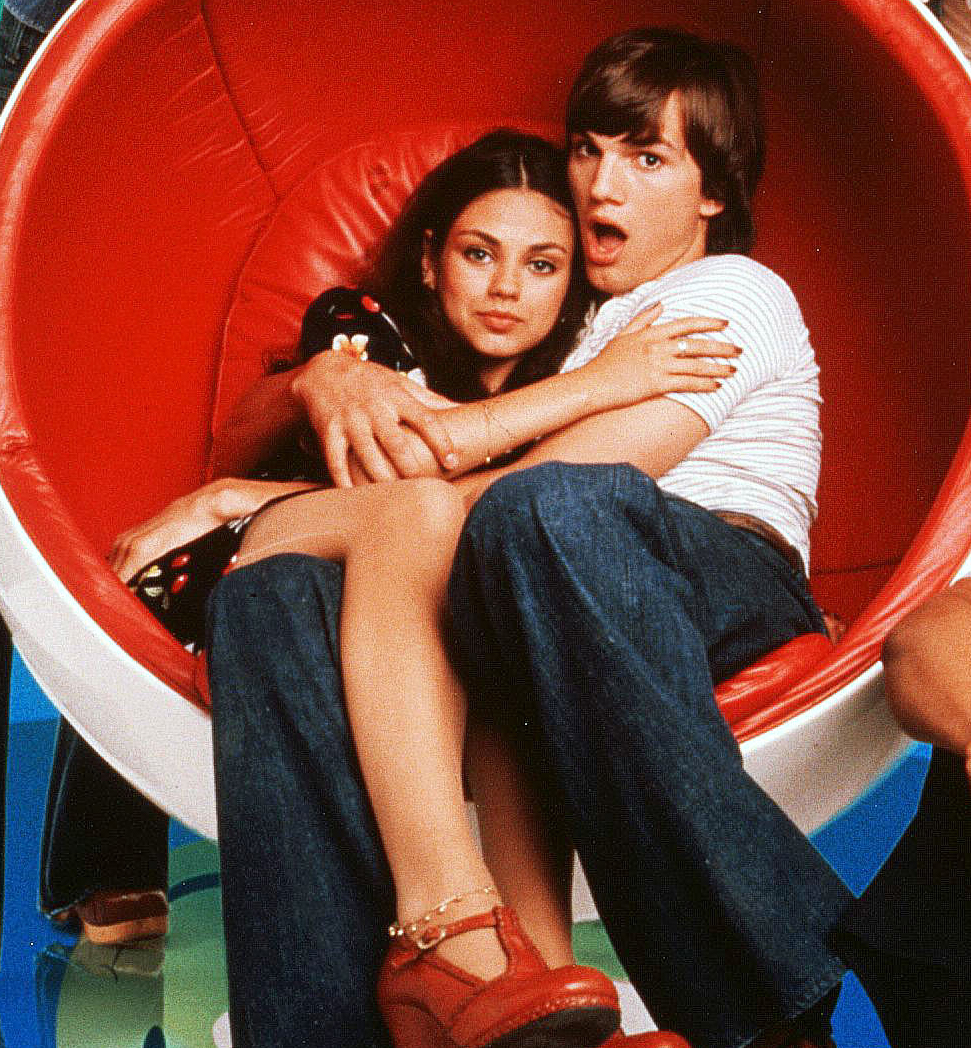 Good and bad news for the Jackie and Kelso shippers. While Mila Kunis and Ashton Kutcher are gearing up to return to their That ‘70s Show roots on the forthcoming revival, there was one plot hole that left them confused.

“My husband and I are together in [the new show], which is weird ‘cause we shouldn’t have been,” the Ukraine native, 39, told Access Hollywood on Monday, September 25. “You know what, I called B.S. I was like, ‘My character would be with Fez.’ I think that I ended up with Wilmer [Valderrama]‘s character.”

Within the show, Jackie had a longstanding relationship with Kelso before they eventually parted ways ahead of the series’ final seasons. While Jackie went on to date Masterson’s Hyde and Valderrama’s Fez, the Jobs star’s character found love with Brooke (Shannon Elizabeth) before they moved to Chicago after welcoming a baby girl.

“I [asked Ashton], ‘Why are you and I together?’” the Black Swan actress added on Monday. “And also, he was married when ’70s ended, to Shannon Elizabeth’s character, I think.”

Kunis, Kutcher and most of their former costars are expected to pop by the upcoming reboot, titled That ‘90s Show.

“Now we’re like 20 years — no, 16 years later, whatever it is, and now we’re married with a kid. And I was like, ‘I don’t know about this one,’” the Luckiest Girl Alive star quipped to the outlet, noting the spinoff is “very” cute. “Anyone who has ever watched or loved That ’70s Show will be really happy with it.” 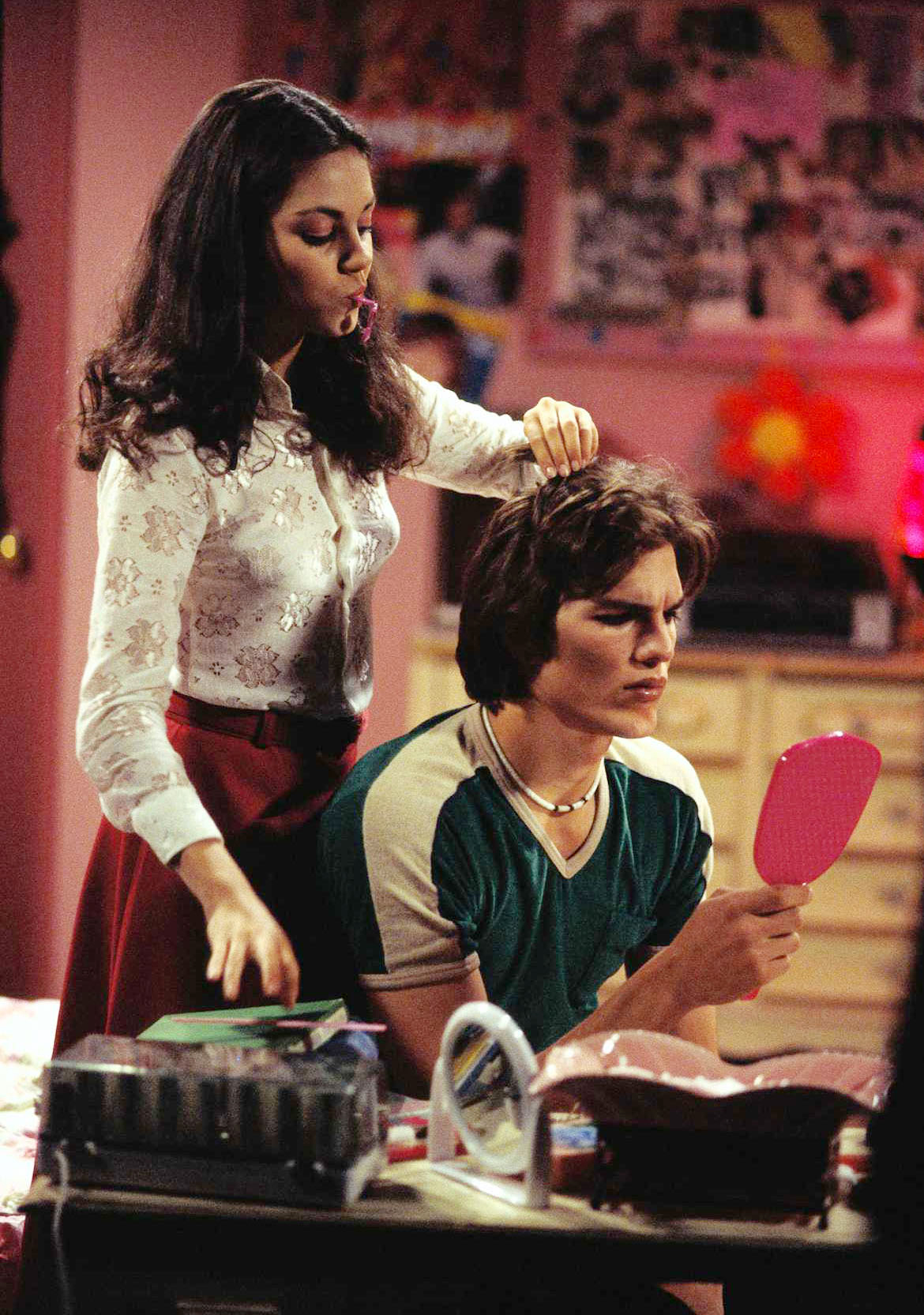 While Jackie and Kelso are blissfully together in That ‘90s Show, Kunis and Kutcher didn’t spark a real-life romance until several years after the 2005 series finale of That ‘70s Show.

Ashton Kutcher and Mila Kunis: A Timeline of Their Romance

“I did a movie called Friends With Benefits. [Ashton] did a movie that was very similar: No Strings Attached,” the Bad Moms star recalled during a July 2018 appearance on the “WTF” podcast. “We lived our movies out, where we were like, ‘Let’s just hook up. Let’s have fun. We’re both single. We both trust each other. Everything’s great.’ None of us wanted tension. OK, great. We hooked up for three months. And just like our movies, one of us caught feelings.”

Kunis and the Ranch alum eventually wed in July 2015 before welcoming daughter Wyatt in October 2014 and son Dimitri in November 2016.

In addition to raising their brood in Los Angeles, the couple signed on for a brief cameo on Netflix’s revival of the comedy. That ‘90s Show follows Rupp, 71, and Smith, 78, in their roles as Eric’s parents: Kitty and Red Forman, respectively. Kitty and Red are tasked with babysitting the teenage daughter of Eric (Grace) and Donna (Prepon) during her summer vacation to Point Place.

“It’s so fun. It’s all the same sets,” the Orange Is the New Black alum, 42, exclusively told Us Weekly in June. “When I first went there, I cried. I’m just like, ‘The nostalgia is so strong and it was such an incredible time in my life.’ I can’t wait for people to see it. I think they’re really, really gonna get a kick out of it.”