Have Milennials killed the doorbell? People admit they’re ‘too scared’ to answer the ‘aggressive’ ring – and don’t open the door to visitors unless they TEXT

Many of us have probably adopted the habit of sending our friends a text to let them know we’ve arrived at their home – but have you ever thought about the impact this is having on the doorbell trade?

This is a question recently pondered by US-based Twitter user Stella Donnelly Stan, who claimed millennials are ‘killing’ the industry by messaging rather than ringing.

Earlier this week he tweeted: ‘Can someone write an article on millenials killing the doorbell industry by texting “here”?’

His tweet clearly resonated, as it attracted 122,627 retweets, 577,468 likes and dozens of comments on the thread. 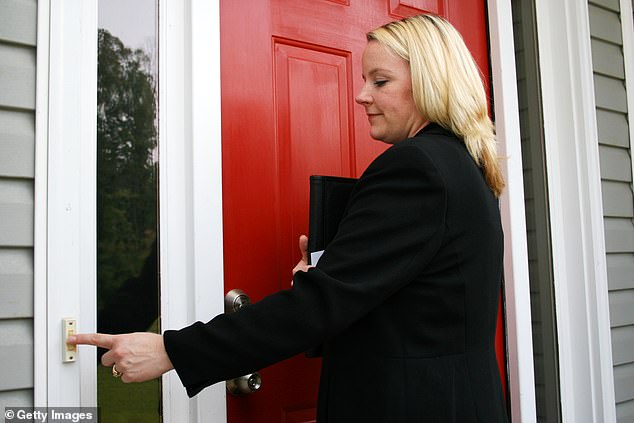 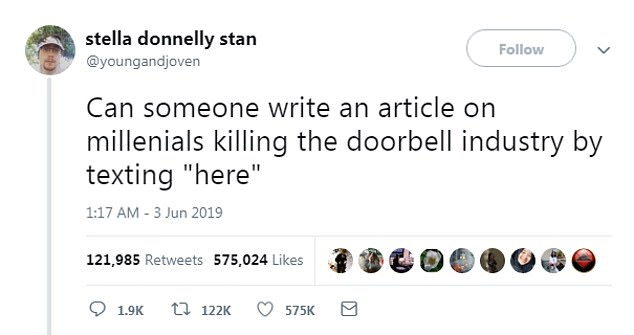 One woman admitted the doorbell ‘legit scares’ her now as it seems ‘so aggressive’ compared to a text.

She added: ‘I jump every time. It just seems so aggressive now when you could just text.’

Another Twitter user said his cat has learned to accept a human he invites into the house if they’ve not rang the bell, but views people who do as a ‘danger’.

One person joked that ringing the doorbell has become an outdated tradition these days, likening it to a phone call ‘from an elderly relative or some kind of scam’.

‘Even just walking up to the door and knocking has been replaced with a text saying ‘here”,’ conceded another.

During the heated discussion, Stella went so far as to dub it an ‘anxiety button’, adding: ‘It gives us anxiety I think mainly, and we have the option not to.’

Another admitted: ‘If I’m not expecting someone, I don’t even answer the door. I will look through the peephole very quietly and decide if I’m going to answer based on who’s on the other side of the door. 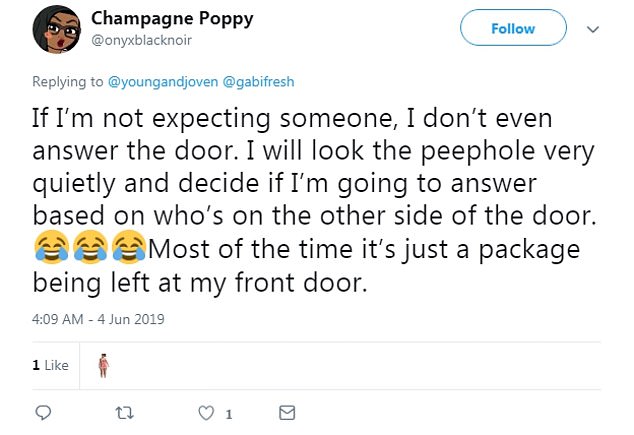 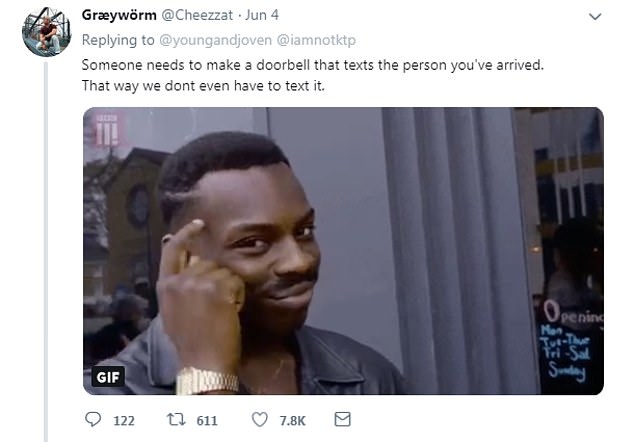 Several users admitted to not answering the door if someone rings the doorbell, while one woman said a delivery driver called her rather than knock

‘Most of the time it’s just a package being left at my front door.’

‘Why do I get butterflies about knocking or ringing but sending an “outside” text feels fine?’ asked another.

One person suggested that someone invents a doorbell that messages the person to say you’ve arrived, adding: ‘That way we dont even have to text it.’

Meanwhile one exasperated Twitter user commented: ‘This thread is hilarious. The future leaders of the world. Amazing. We. Are. Screwed.’

One exasperated Twitter user commented: ‘This thread is hilarious. The future leaders of the world. Amazing. We. Are. Screwed’