Every school day around 2:30 in the afternoon, a familiar sight pops up on a street in a St. Louis neighborhood.

Champale Anderson, a 48-year-old mom of six, sets out food on a table outside of her home.

And every afternoon, for the next three hours, kids from Anderson’s neighborhood run from the school bus to her home to get something to eat.

“Sometimes kids get a bag and come back to my house around 7 p.m. because that may be the only meal they have during the day,” Anderson told “Good Morning America.” “They ask for another bag and I say, ‘Of course.’” 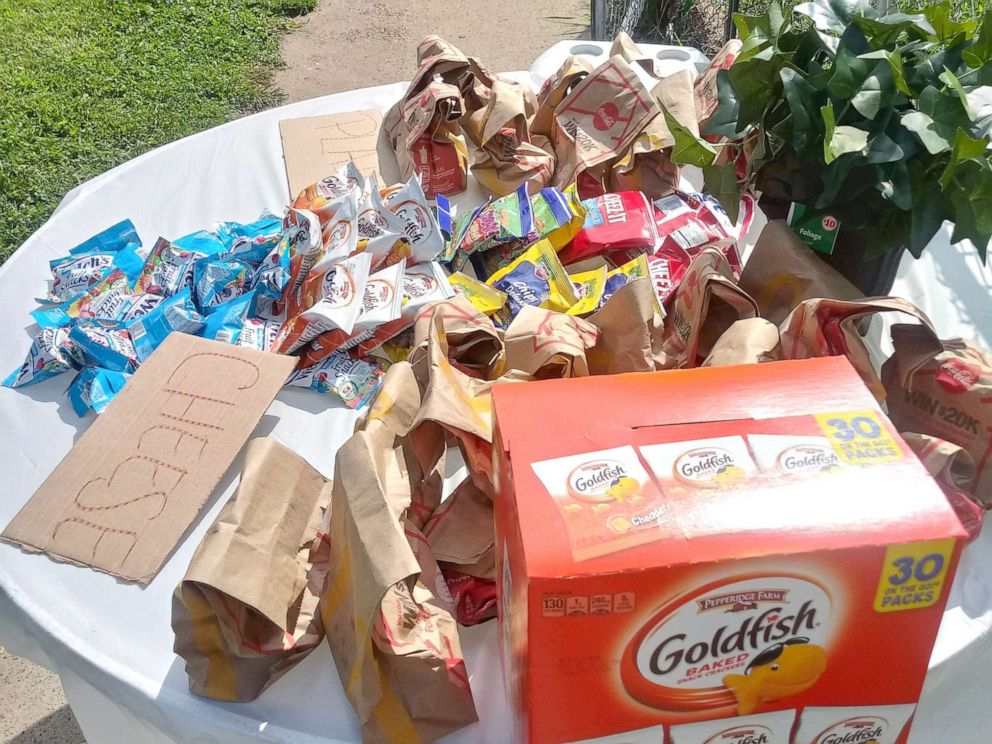 Anderson, whose own kids range in age from 8 to 25, has been doing this same daily routine for nearly five years.

She started handing out food after noticing that friends of her kids were often hungry when they were over at her house. She also frequently saw kids asking for change outside a nearby gas station and wanted to help. 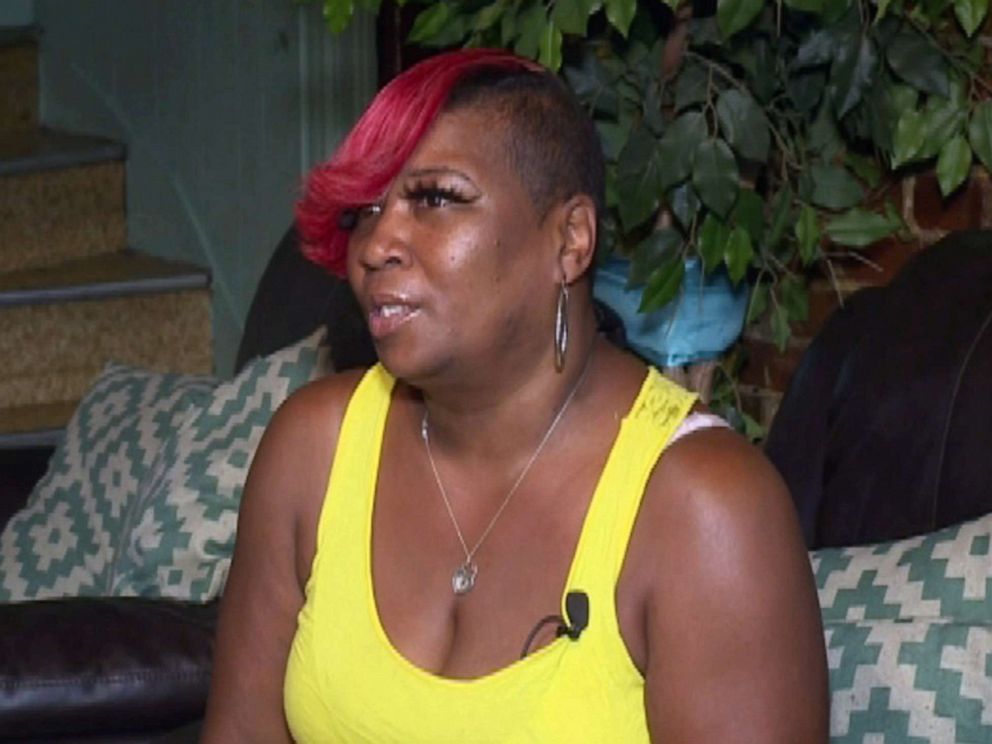 Anderson describes her neighborhood as a “beautiful” one where people take care of each other, but the surrounding area, she said, is riddled with poverty and drugs.

Her house is situated in a perfect location, right by a bus stop for the local schools.

Anderson finishes her shift with a home health care company around 12:30 p.m. each day, and then rushes home to make sure the food is out for the first group of kids to arrive: high school students.

“Those kids are waiting on me. I have to be out there because they are so excited,” she said. “They don’t know what’s going to be in the bags so they get off the bus and take off running.”

“I tell them, ‘No, we don’t need an emergency room visit tonight,’ and they laugh,” she said. “I love them.” 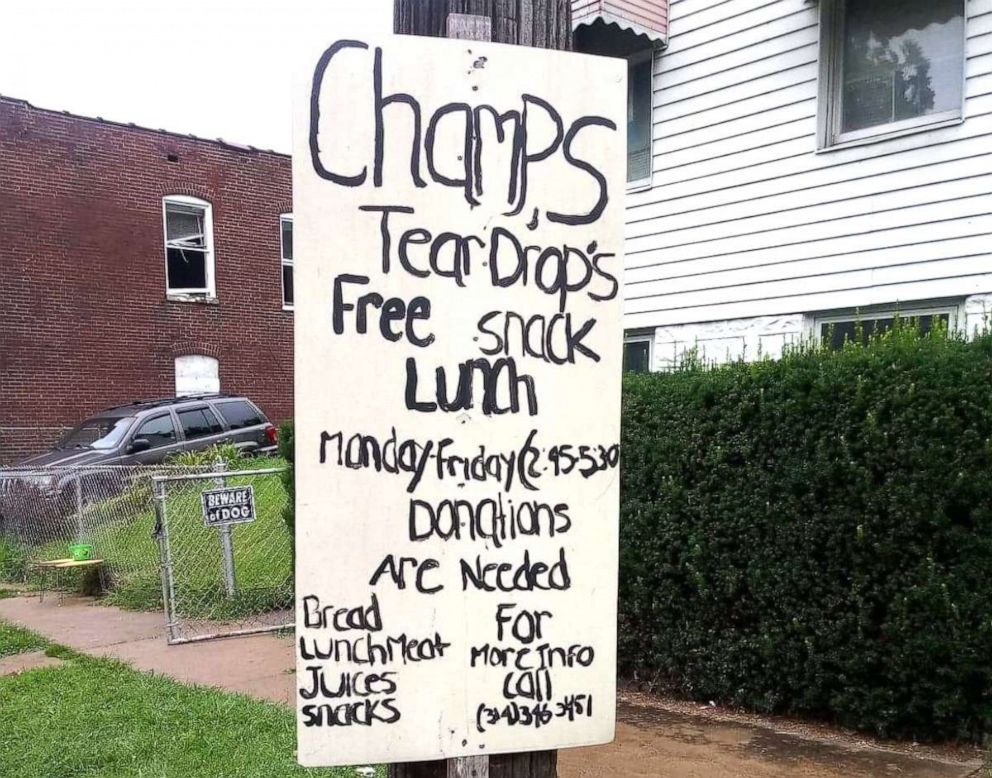 She said she’ll serve turkey or ham sandwiches if she can afford the meat, and always has bologna sandwiches available for kids with nut allergies.

Her favorite to serve though is the classic peanut butter and jelly.

“I don’t just put on the peanut butter and then the jelly,” she said. “I mix it up with love and they love those sandwiches.”

Anderson’s kids and their friends help her pack the lunches. She’s been known to also serve an on-the-go breakfast to kids who are running late for the school bus in the morning. 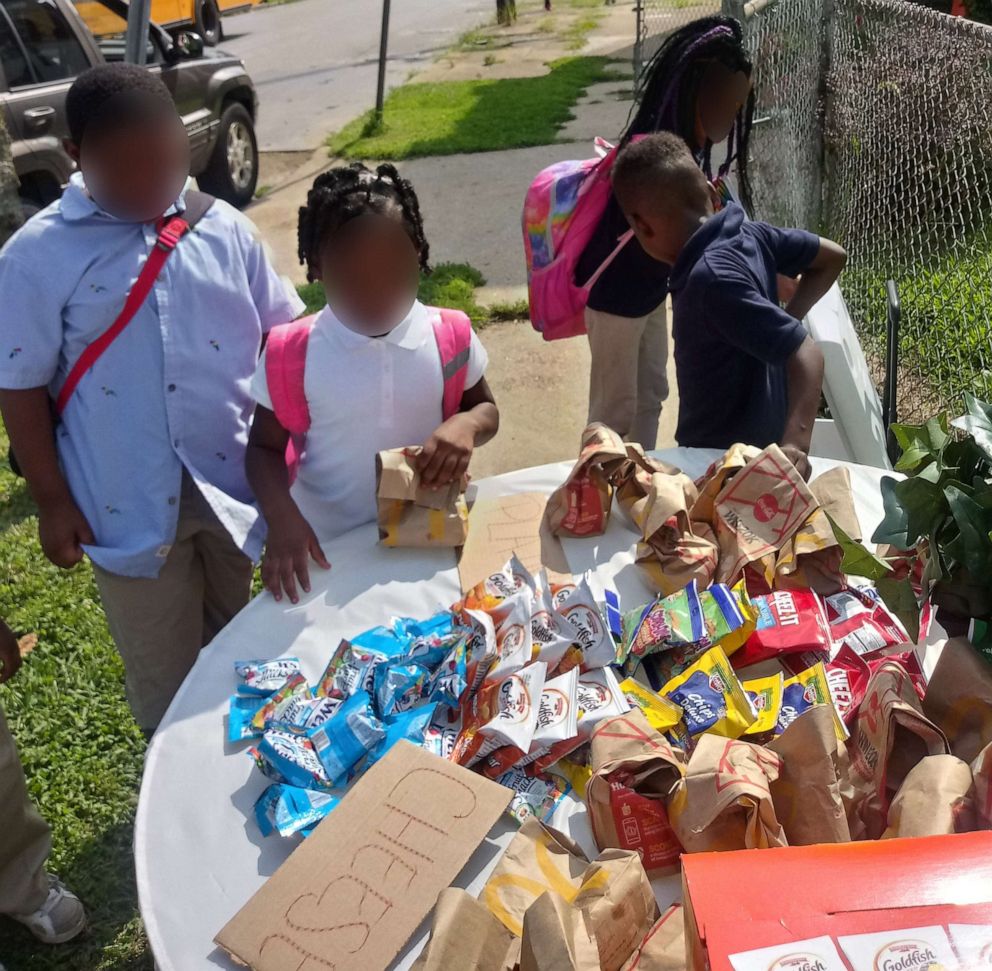 And if they miss the bus, Anderson said she’s also been known to drive the kids the few blocks to school.

“The parents always tell me ‘thank you,’ too,” said Anderson, who also spoke to local station KTVI-TV. “I have one young lady, she doesn’t have much, but she’ll bring a jar of peanut butter or a pack of cookies, whatever she can.”

An online fundraising effort for Anderson has already raised nearly $25,000, much more than her original goal of $1,500, to help her buy food supplies. She said her dream is to raise enough money to be able to open a free recreational center for kids in her neighborhood.

“I didn’t have a great childhood; It was pretty rough,” Anderson said. “That made me not want any other kid to go through that.”

“I know I can’t stop [hard times], but I know I can slow it down just a little bit,” she added.