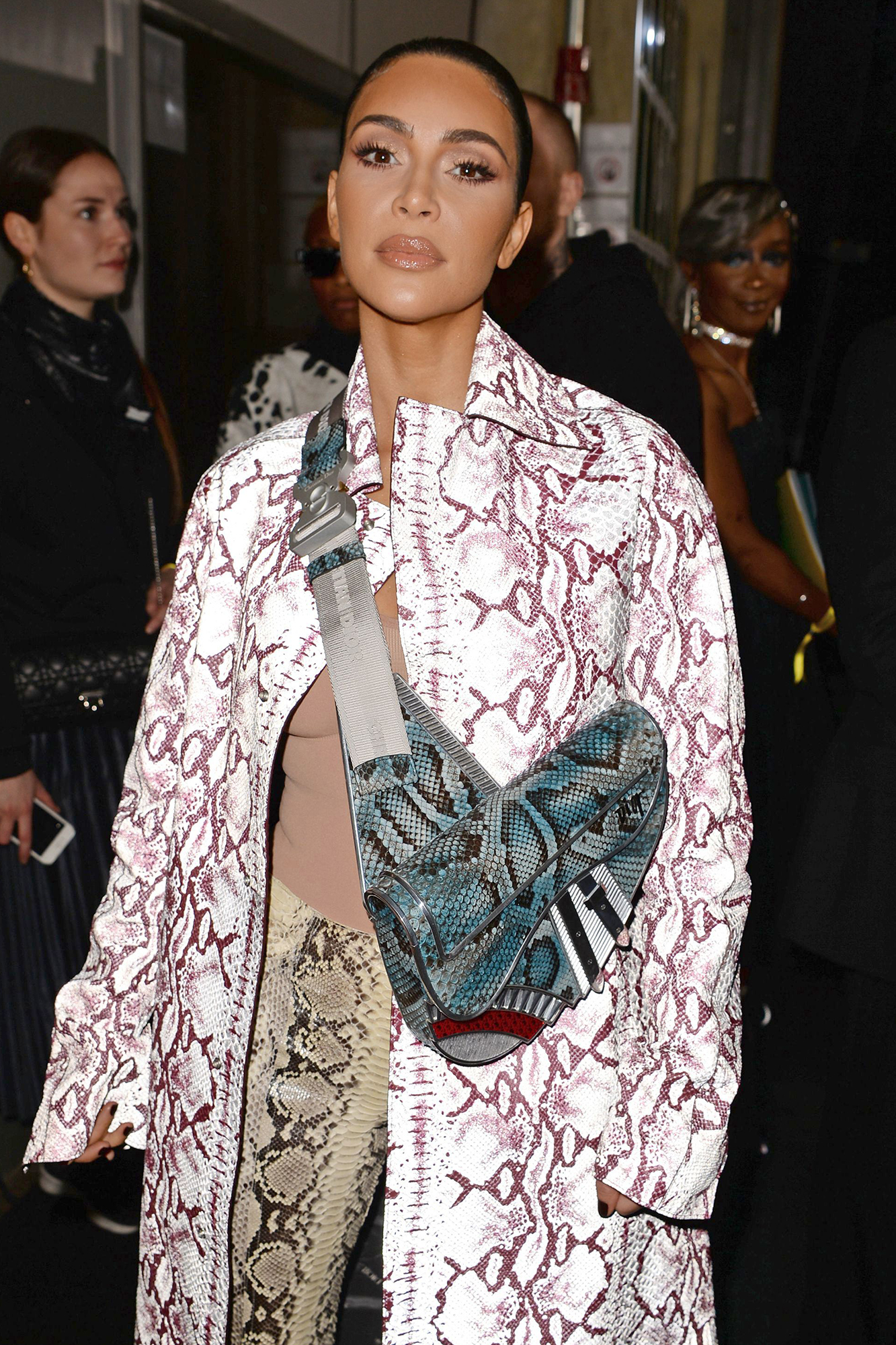 A tale of many, many fridges! Kim Kardashian wants everyone to know that there is no shortage of refrigerators in the California mansion she shares with husband Kanye West and their children — North, 6, Saint, 4, Chicago, 2, and 8-month-old Psalm.

On Wednesday, January 15, the Keeping Up With the Kardashians star, 39, took to her Instagram Stories to show off five refrigerators inside the abode’s gym. “Another Fridge Alert!!” she wrote over the video.

The first fridge the Skims creator gave her followers at look at did, in fact, contain only water, which makes sense given its presence in the gym. While the top shelf was filled with recyclable cartons of Flow Water, two subsequent shelves were packed with VOSS bottles, made of glass, as Kardashian has previously said she rid her house of all plastic bottles.

As the tour continued, the Selfish author had even more refrigerators to show off. “Oh and I forgot to also mention last time, these are fridges, guys,” she said as she walked to a different area of the gym and began opening several refrigerated drawers. While two of the drawers stored even more water, the other two held Honest juice boxes and Horizon organic milk, likely for her little ones. 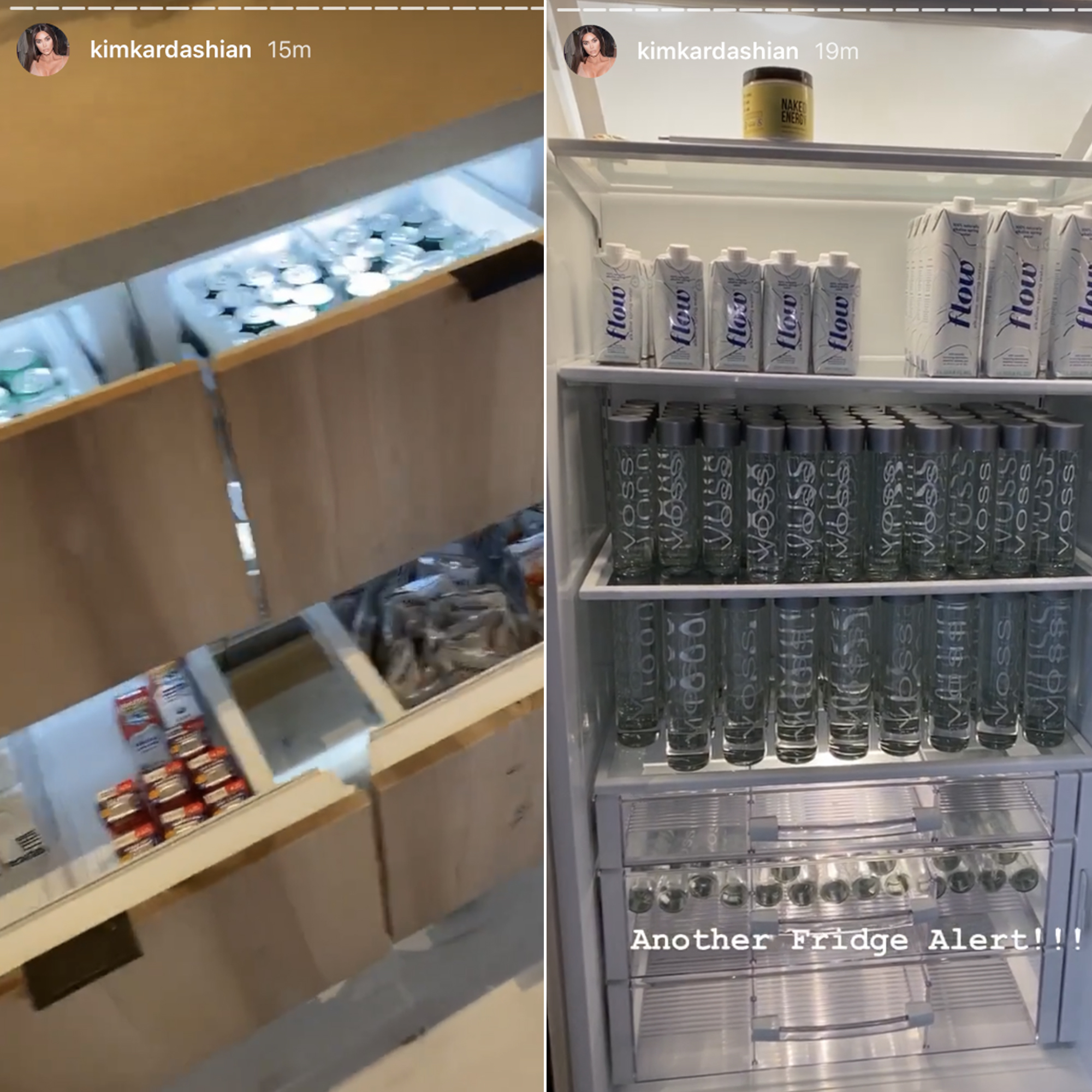 The reveal comes a week after the KKW Beauty founder gave her social media followers a tour of the family’s “main” refrigerator after she posted snapshots of her kitchen refrigerators, which confused her fans for having almost no food.

“OK, so since the inside of my fridge is so baffling and I saw all these news reports, I’m going to give you guys a tour of my fridge,” she said at the time. The in-depth walkthrough included a look inside the massive pantry (complete with a frozen yogurt machine and its own designated beverage fridge) as well as a look inside her home’s impressive chef’s kitchen.

“This is the kitchen where it all happens,” Kardashian said. She then stepped inside her large “walk-in frigerator,” which is home to fresh fruits and vegetables, condiments, cheese and more.

“It did look like an empty frigerator [sic] that I took the photo in front of, I have to admit,” the E! personality explained, referencing the earlier controversy. “But this is our big main frigerator [sic] guys.”