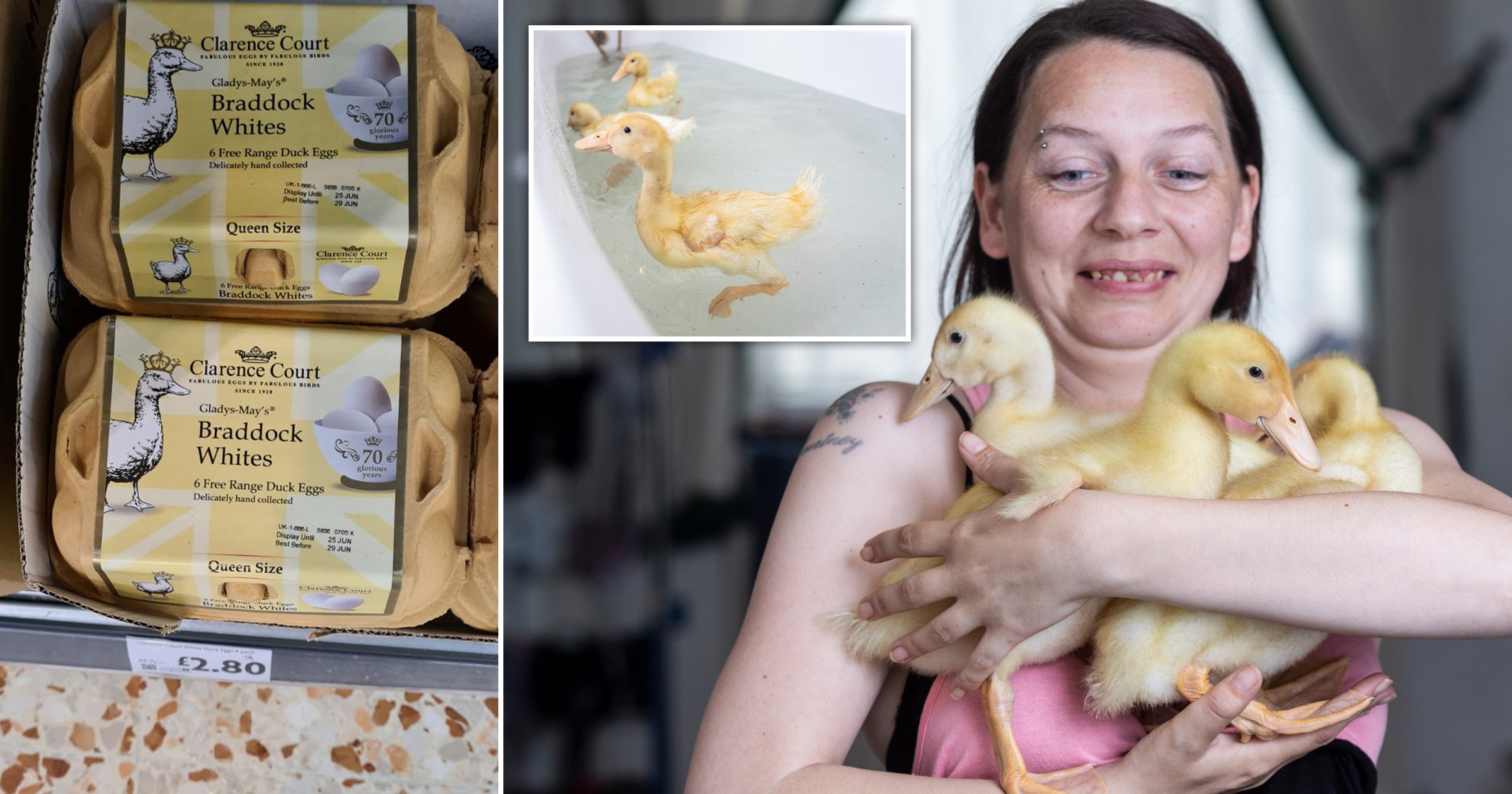 Could the eggs in your cupboard be more than just potential omelettes?

Deza Empson found out for herself when she popped some supermarket eggs in an incubator on a whim – and three of them hatched.

Deza, a 31-year-old mum-of-three from Redcar, Yorkshire, had bought six Braddock-White Clarence Court eggs at Morrisons and decided to place them in an incubator she had bought on Amazon to breed budgies.

She wanted to test the incubator to ensure the temperature was constant, and to check she could see inside the eggs, before using it to help her breeding budgies.

She had seen a TikTok video where someone tested an incubator with supermarket duck eggs, so used five, discarding one which was cracked.

Deza saw veins developing in four of the duck eggs after five days, and then began to see the little shapes of ducklings growing – and beginning to move.

One of the developing chicks failed after a couple of weeks, so Deza took it out of the artificial nest.

On June 11 and 12, three little ducklings emerged – who Deza has named River, Dusk, and Daisy.

Now, she has three pet ducks who love to splash around in the bath and snuggle into the mum’s shoulder.

Deza plans to keep Daisy, who’s the most attached, but River and Dusk will go to live with her cousin.

‘When I first saw them move I could hardly believe it. I was like, “oh my god. I’m getting ducks!”

‘My bond with Daisy is really special.

‘She cries for me all the time. I think she’s so attached to me because I had to help her and she hatched last.

‘I can’t imagine now that somebody else could have bought and eaten her.’

The hatchlings now all sleep upstairs and Deza has to pop her hand over the little cage when the duckling calls out.

She said Daisy squeaks and wiggles her tail whenever she sees her human ‘mum’.

Daisy snuggles on Deza’s neck, nibbling her hair while she is watching TV or cooking.

But as much as she loves the ducks, Deza admitted the constant cleaning up of duckling poop is a bit of a challenge.

Deza said: ‘They’re so lovely, but it just wasn’t what I expected at all.

‘Eggs you buy from the supermarket just shouldn’t be fertile.

‘My nan loves duck eggs and she won’t touch them any more now she knows they might be alive, and friends I’ve told don’t ever want to eat eggs again.’