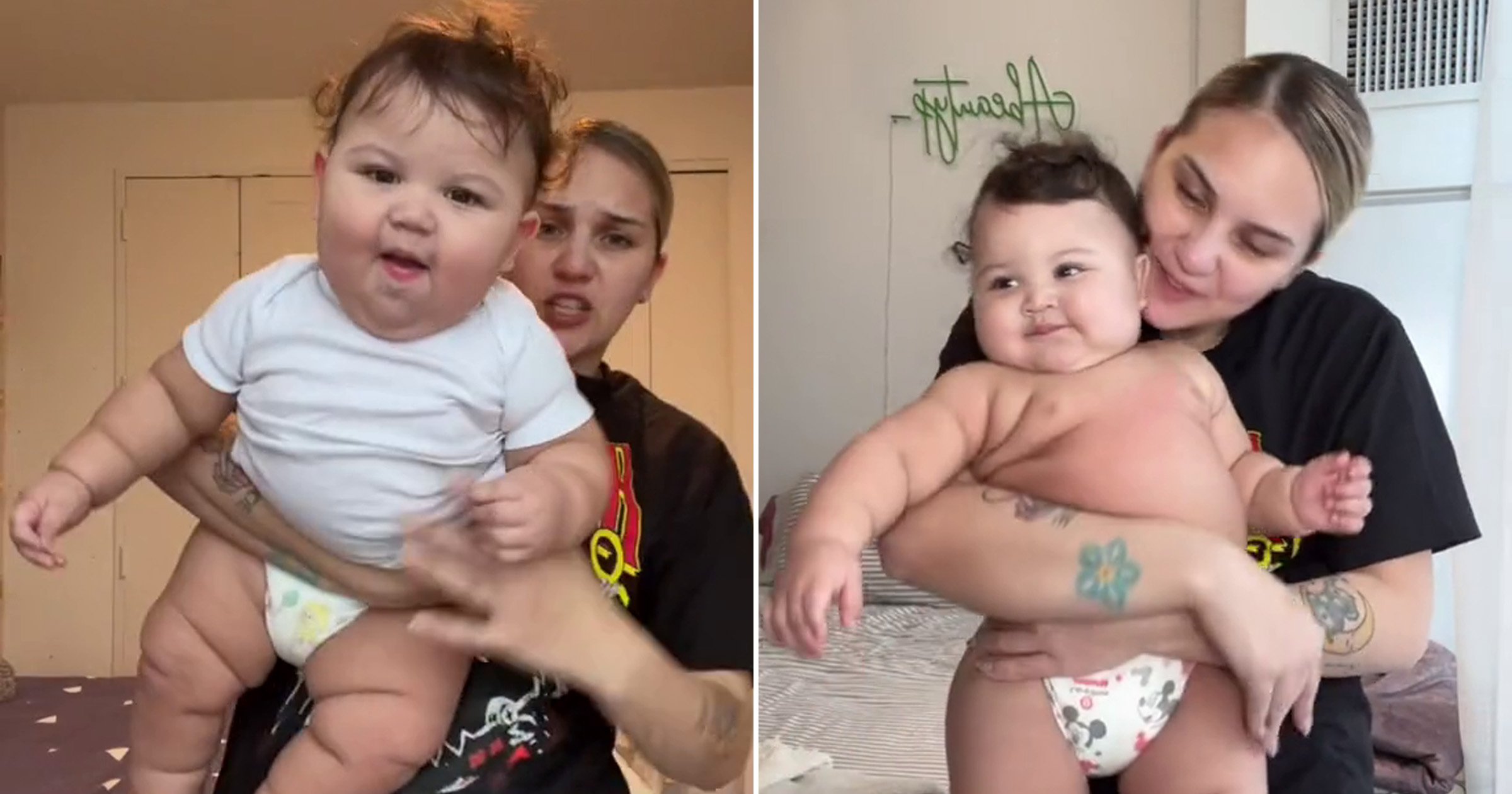 There is nothing cuter than a baby with chubby cheeks and legs.

But apparently there can be too much of a good thing – one mum has revealed how she is constantly picked on because of the size of her son.

Mum-of-three, Alex Priego, often shares videos of her chunky son online. He is just 10 months old but his size is often a topic of conversation, and she regularly pokes fun at it in her TikTok clips.

Her most recent post on the matter has been viewed more than 5.3 million times.

In it, Alex used a viral sound to light-heartedly joke about how big her baby had grown.

‘I’ve been picked on three times today, all because of my baby,’ she captioned the video.

The audio says ‘look at the size of him’ while Alex holds him up for viewers to see.

Viewers were in awe of his size with one joking: ‘That baby pays rent.’

‘Honey I blew up the kids vibes,’ quipped another.

Sadly, some criticised Alex as they were concerned for his size.

One follower wrote: ‘You can’t convince me that it’s impossible to overfeed babies.’

Thankfully, most were appreciative of his adorable rolls.

‘Babies are supposed to be chonky! He understood the assignment,’ praised one delighted viewer.