A mother-of-three has found herself in strife online – after making a joke about getting her twin sons tattooed so she could tell them apart.

The mum, Jennifer, who is from the US, said she took her babies into a tattoo parlour but was sent home.

‘When I took them there the guy said no, must be 18 years or older blah, blah, blah,’ she said in a TikTok video. 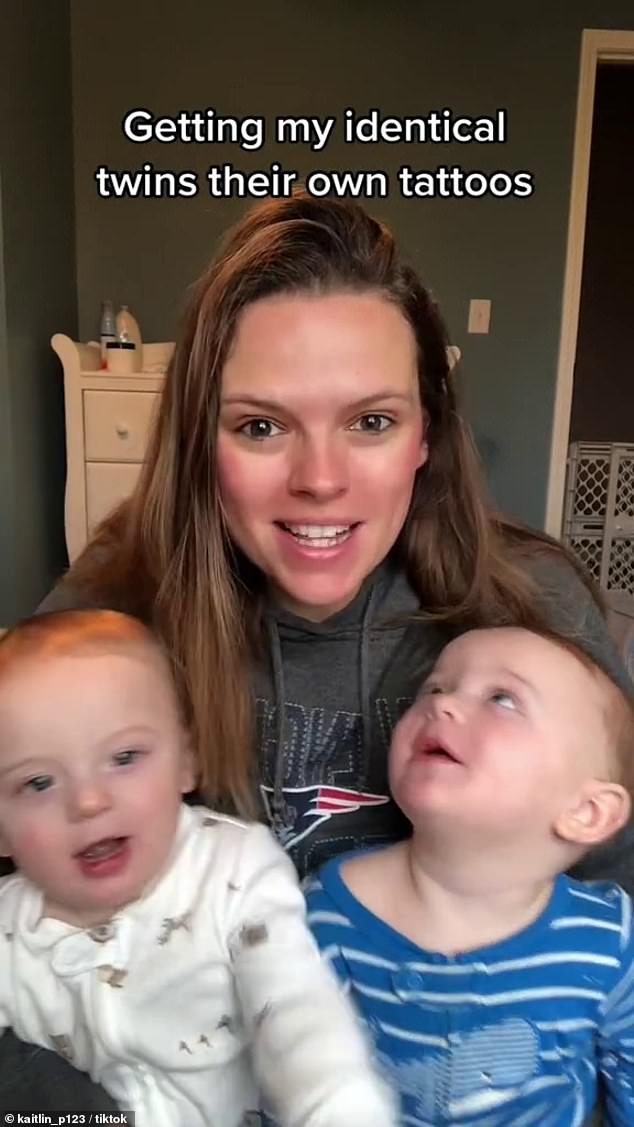 A mother-of-three has found herself in strife online – after making a joke about getting her twin sons tattooed so she could tell them apart.

So she decided to give them temporary ones at home instead.

The video, which was meant as a joke, went viral and hundreds of people left comments slamming her for even considering real tattoos.

At first she laughed and tried to put the tattoos on her babies heads before opting for their hands instead.

The comments came in quickly.

‘You should be able to tell your own children apart, even if they are identical, wake up,’ one person wrote.

‘This is horrific, I can’t believe you took your babies into a tattoo parlour. Bad parenting,’ one woman wrote.

Some said the fake tattoos were a dangerous ‘back up idea’.

‘There are so many nasty chemicals in those things, please don’t use them on your children,’ one woman said.

‘This is tacky, they will wash off, and shows you don’t care about them enough to know who they are,’ said another. 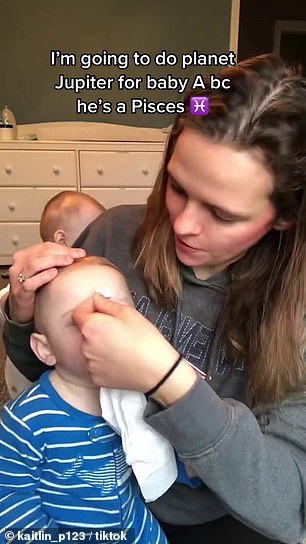 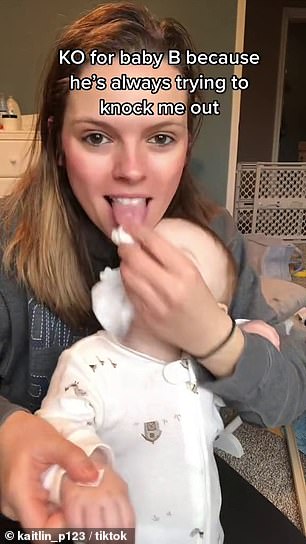 While others shared ‘better’ ideas next time she decides she wants to be able to tell the kids apart quickly.

‘Just put different clothes on them,’ she said.

‘Give them different bracelets, babies don’t need tattoos,’ said another.

While a third suggested using nail polish on their hands.

‘Give one an earring,’ another woman said,

Others liked the tattoo idea.

‘It is actually a great idea, just add a freckle or something to one, so you can tell them apart,’ one person said.

‘You can get a doctor’s note to get a dot behind the ear, FYI,’ said another.