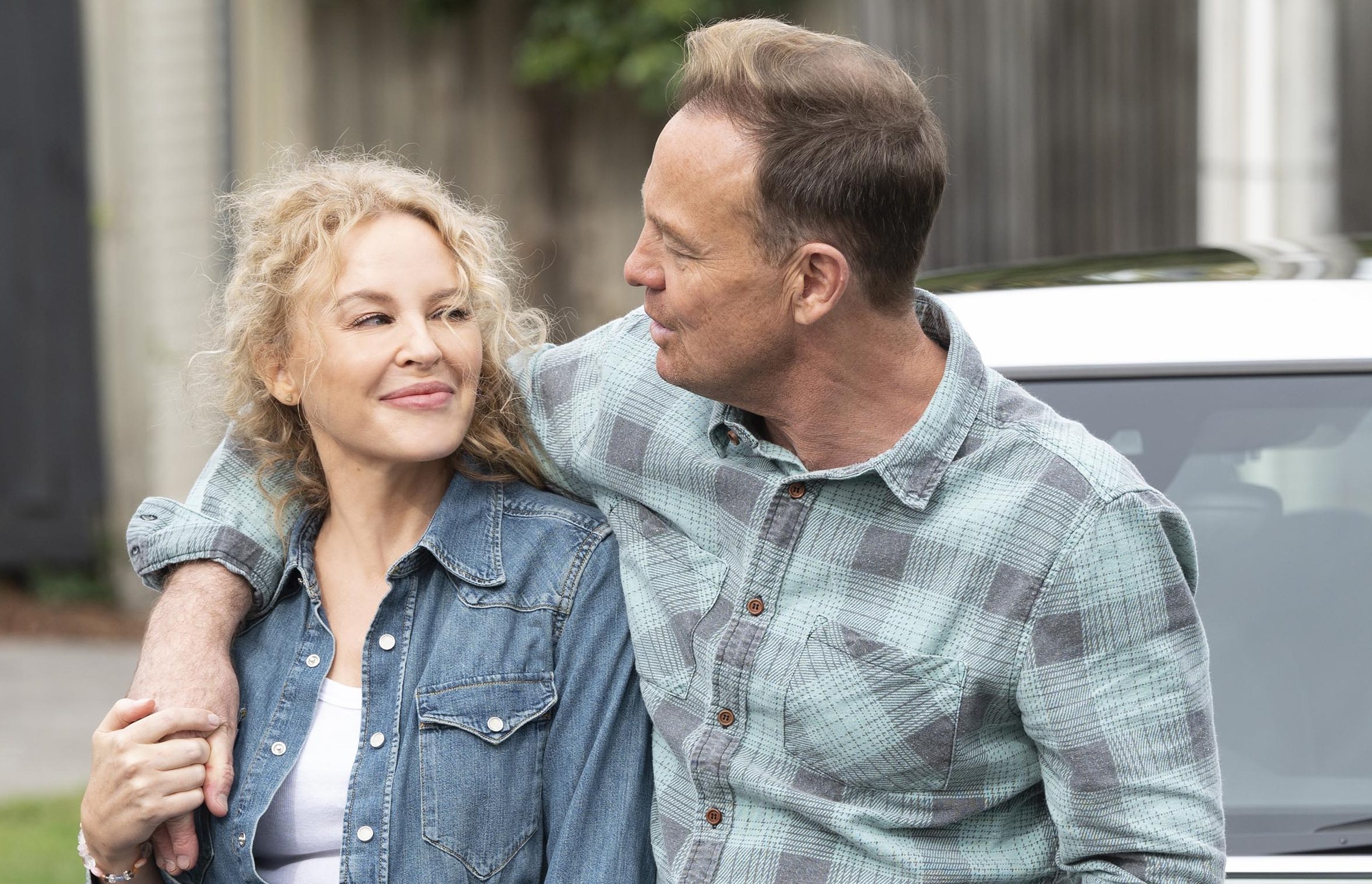 Neighbours boss Jason Herbison has revealed the reason why Kylie Minogue and Jason Donovan had limited dialogue during the soap’s grand finale, confirming that it was down to the timing of it all.

The legendary duo, who rose to fame on the Aussie soap as Charlene and Scott in the 1980s, staged the ultimate comeback during the show’s final ever episode.

Their 1988 track, Especially For You, accompanied them, as they parked up on the street and exited their vehicle, taking a look around at the street they used to call home.

it was a moment over 30 years in the making, and while the majority of us were all choked up with the nostalgia of it all, some took issue with the lack of dialogue that the actors, particularly Kylie, had during the special scene.

Some even speculated that Kylie was being paid by the word.

Neighbours’ Executive Producer Jason Herbison, however, has now put such claims to bed, revealing that Kylie and Jason were only meant to make a ‘small appearance’ as they didn’t want to ‘overshadow’ the current cast members.

Just when we thought we couldn’t love them any more!

What’s more, the timing of when Kylie and Jason filmed their scenes is also of importance, as the script for the episode hadn’t actually been written at that point, so Jason and his team had to ensure that whatever was filmed on the day in question could be slotted seamlessly into the final product.

‘We also filmed their scenes before I’d written the episode, so whatever we filmed had to fit in with that,’ Jason told TV Tonight.

‘I hate to see Kylie copping any criticism – she was nothing short of amazing on the day.’

We thought Kylie and Jason did a fab job, and what wonderful sports they are that they managed to take time out of their busy schedules to honour Neighbours in such a way!

Neighbours: The Finale is now available to stream on My5.