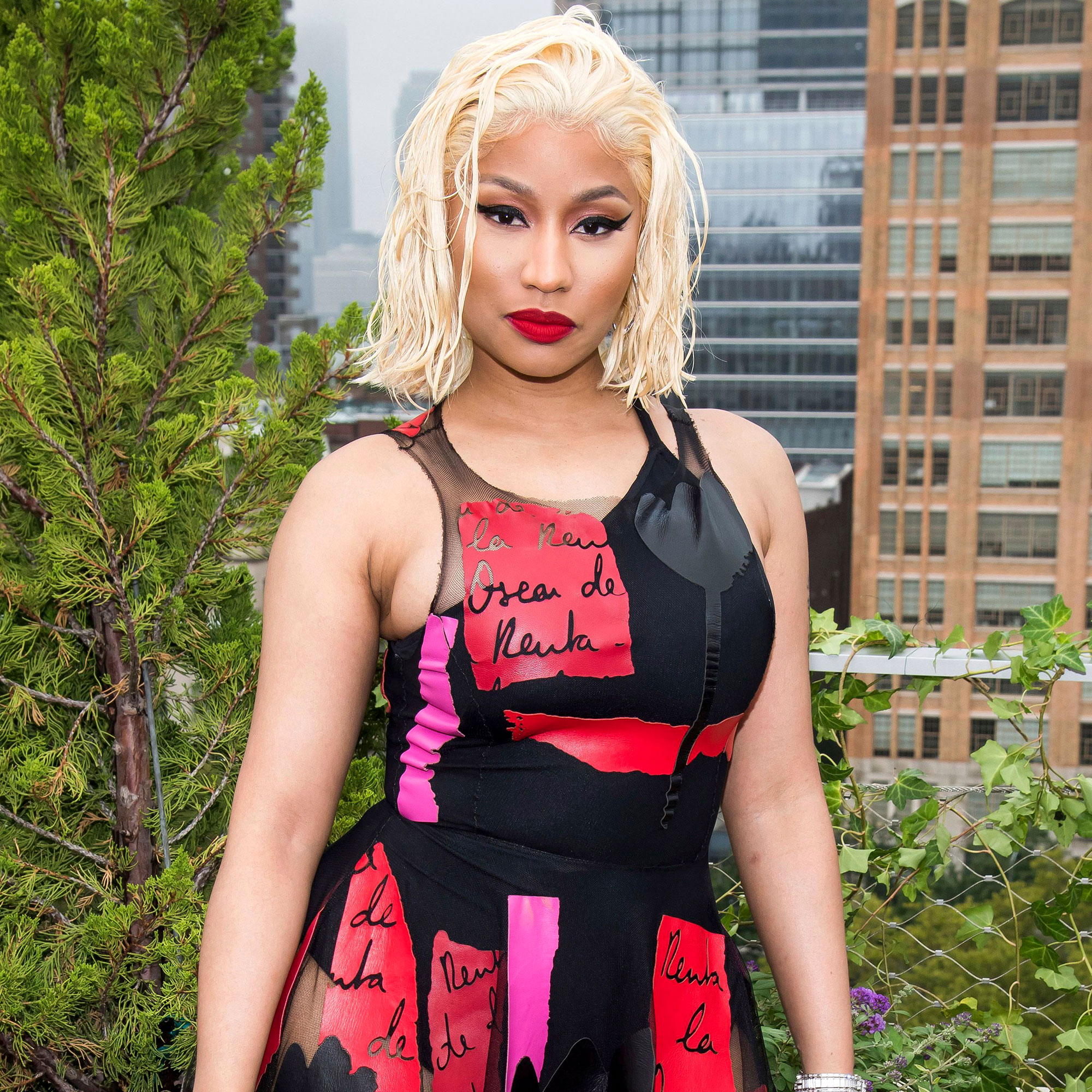 Not the time. Nicki Minaj revealed she will no longer be performing at the 2021 MTV Video Music Awards days before the event takes place.

While responding to an eager Twitter user on Thursday, September 9, the 38-year-old rapper hinted that she previously had something special planned for the awards show.

“I just pulled out. I’ll explain why another day. But I love those guys at MTV,” the “Starships” artist wrote, seemingly shouting out TV producer Bruce Gillmer. “Thank you Bruce. I love you so much. Next year we there baby.”

Everything to Know About the 2021 MTV Video Music Awards

Minaj was not originally announced as one of the artists set to take the stage in New York City on Sunday, September 12. Olivia Rodrigo, Justin Bieber, Camila Cabello, Shawn Mendes and Normani are among those confirmed to perform at Brooklyn’s Barclays Center.

The “Bang Bang” rapper’s tweet came shortly after Us Weekly confirmed that her husband, Kenneth Petty, could face up to 10 years in prison after previously failing to register as a sex offender. He pleaded guilty to the charge during a virtual hearing with the Los Angeles Federal Court on Thursday.

Petty, 43, did not register as a sex offender when he relocated to California in 2019. He was convicted of attempted rape in New York more than two decades prior for an incident that occurred with a 16-year-old girl in September 1994. He served roughly four and a half years in prison and is required by law to put his name on a local registered sex offender list whenever he moves. 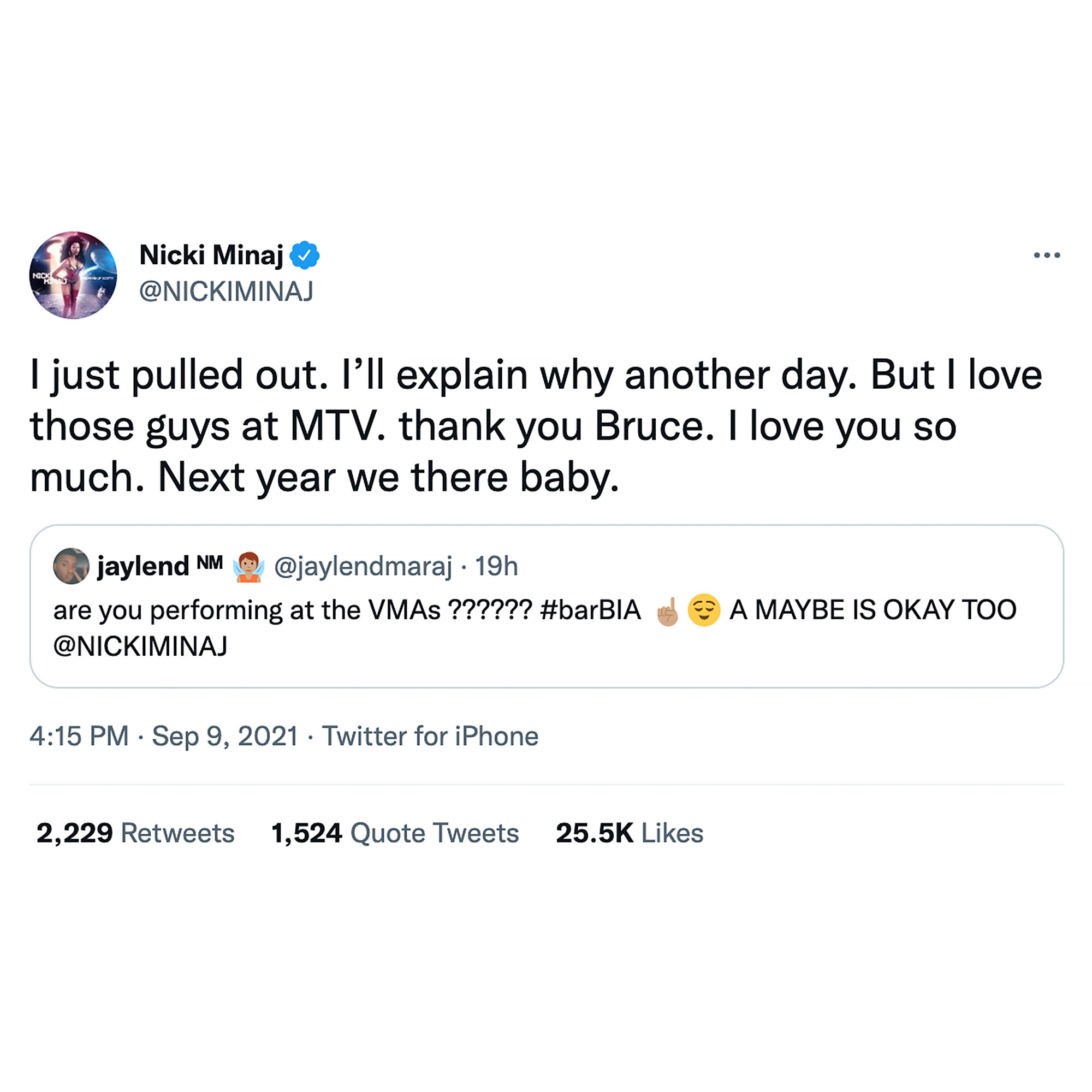 Minaj and Petty tied the knot in October 2019 and welcomed their first child, a son, the following September. Earlier this year, the Grammy nominee opened up about the challenges of being a working mom.

Nicki Minaj Through the Years: From Rap Queen to Mom and Beyond

“To the women that have to get up and go to work every day and leave the baby or put the baby in daycare, God bless you,” she said on Instagram Live in July. “Like, I know that’s not easy. Like, I can do a photoshoot for two hours and when I see my baby, I feel guilty. I feel like, ‘Oh, my God.’”

While parenthood has been a big adjustment, Minaj was happy to have the help of her loved ones. “He’s so in love with his grandma,” she said of her baby boy. “She’s built a really dope bond with him since he was born. As soon as she comes downstairs or whatever, he’ll wait right there asking her to pick him up. She’ll pick him up and then he’ll be, like, caressing her face and staring at her. Obsessed.”