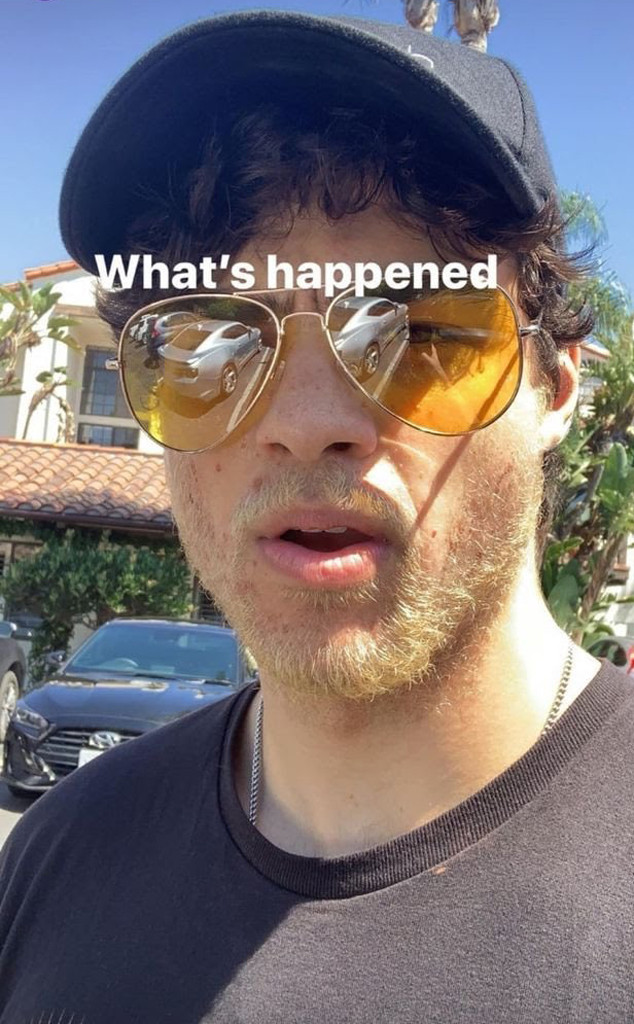 Noah Centineo is blonde! Well, his at least his facial hair is.

The To All the Boys I’ve Loved Before actor has fans in frenzy over his new blonde beard, which he recently debuted on social media.

“I didn’t bleach my beard, that would be ridiculous,” Centineo said on his Instagram Story over the weekend, laughing. “Why would I do that?”

In his post, the 23-year-old tagged hair colorist Shah Karegar, indicating he most likely did bleach his beard. After seeing the actor’s new look—which could be for a new movie role (He-Man, perhaps?)—many of Centineo’s followers have taken to the internet to share their reactions.

“noah centineo update he just bleached his beard. am actually crying,” one Twitter user wrote. “I am actually considering to stop my fan account.”

After posting a photo of himself with the beard on Twitter, one social media user replied, “you look so different with that beard.”

Another Centineo fan pleaded with the actor to “let the beard grow baaaaaack,” adding the prayer hands emojis.

Though some fans are just not that into the new facial hair look, other social media users are all in favor of the blonde beard.

“The blonde fits you,” one fan wrote, while another social media user hilariously tweeted, “Okay I’m mad that I’m digging the bleached beard.”

A lot of young Hollywood stars are switching up their looks recently. It was just yesterday that Kendall Jenner debuted her new blonde ‘do. Meanwhile, Stranger Things star Joe Keery and Harry Styles recently showed off matching bowl cuts.