And the bride wore WELLIES! British couples shun church ceremonies in favour of Instagram-friendly ‘farmyard weddings’ – with the number of barn nuptials doubling in five years

There are dozens of decisions to be made when planning a wedding including the cake, flowers, dress and all-important venue.

However it seems that British couples are opting to step away from the traditional church location and are instead embracing ‘farmyard weddings’ for their nuptials.

New research by John Lewis revealed the number of ceremonies held in barns or on farms has doubled in five years, accounting for one in eight weddings, compared to one in 15 in 2014. 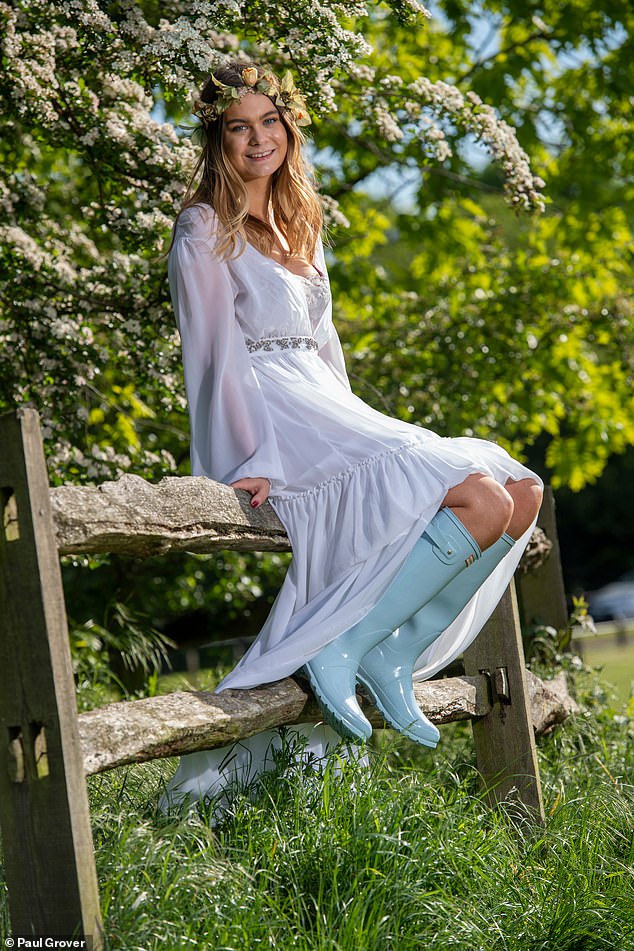 British couples are shunning glitzy urban hotels in favour of barns and farms, according to new data. Pictured is a woman in a boho-inspired wedding dress and wellies 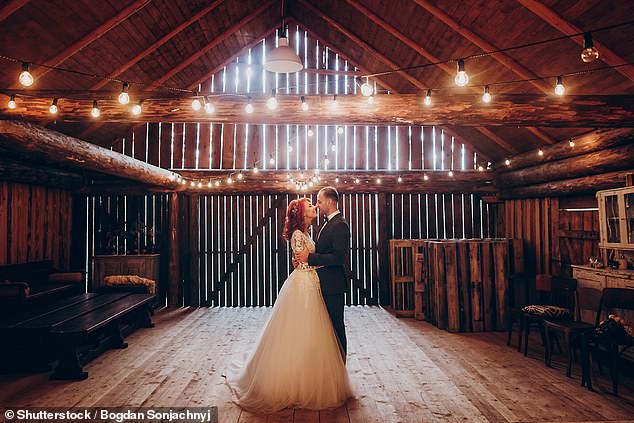 One in six wedding receptions booked for this year will be held in barns or on farms, up from one in eight in 2014 according to John Lewis Wedding Insurance data (file picture)

The figures are even higher for wedding receptions. One in six booked for this year will be held in barns or on farms, up from one in eight in 2014.

Meanwhile, one in 10 weddings now involve a marquee as couples embrace the great outdoors on their big day, according to John Lewis Wedding Insurance data.

This increase in popularity of outdoor venues has also seen more demand for bohemian dresses as brides seek out floaty gowns to match their relaxed themes.

And sales of French Connection’s Cari Maxi Bridal Dress have risen by 45 per cent  since 2018. 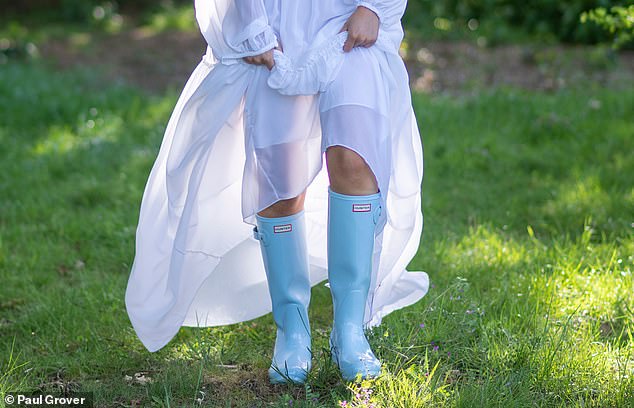 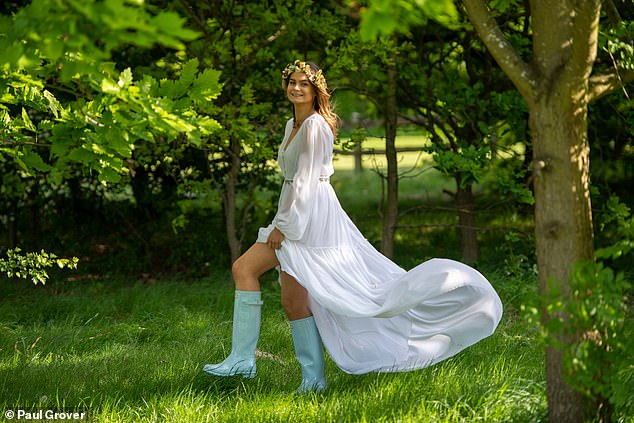 Department store John Lewis has also seen an increase in demand for boho dresses, one example pictured, and even launched their own range of boho-style veils

This summer, John Lewis has also launched a range of floral boho-style veils and sashes for brides-to-be at their hen parties.

‘Guests are wearing more versatile styles from jumpsuits to silk cami tops and skirts, rather than always opting for dresses with a jacket and hat.

‘Even bridal styles have become more relaxed. Many women are opting for a more comfortable outfit – including floaty gowns or a less traditional dress for hitting the dance floor in the evening.’ 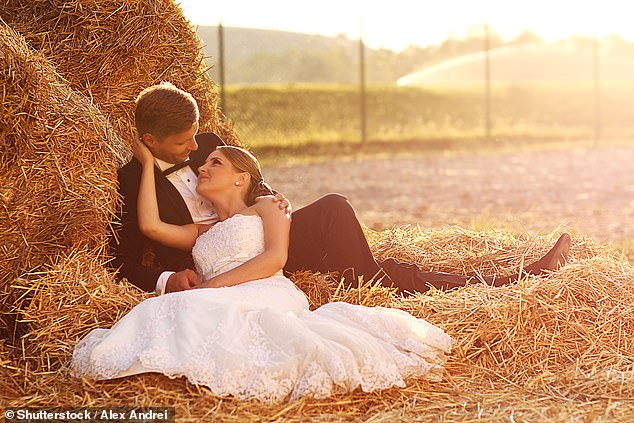 The department store chain has also seen a 35 per cent rise in outdoor fairy lights so far in 2019 compared to the first quarter of 2018.

However couples do seem to be keeping with tradition with their gift list requests – and ditching high-tech requests seen in recent years.

Now the most requested items are once again bowls, plates, towels and cutlery while cafetieres are also outselling teapots on the gift list for the first time.

However, even the most carefully planned boho weddings do not always go to plan.

In the past year, John Lewis Wedding Insurance has helped couples recover their costs after a number of big-day disasters.

Examples of when married life didn’t get off to the smoothest of starts included a wedding barn burned down and flower pollen damaged a bride’s dress.

At another wedding, the mother-of-the bride’s outfit was rendered unwearable after it fell out of a car roof box.