The actress was spotted cheering on her talented beau as he headlined the 2022 Coachella Valley Music and Arts Festival in Indio, Calif., Friday night.

In videos shared via social media by fans who were at the festival, Wilde could be seen dancing in the crowd with pals like James Corden.

The “House” star – chic in a floral silk Gucci dress, YSL peacoat and a bandana from Styles’ new Pleasing line – was spotted walking towards the stage at one point to get a better view.

Another viral video shows Styles seemingly catching a glimpse of his girlfriend, 38, from the stage, as he let out a huge smile while singing his debut solo hit, “Sign of the Times.” 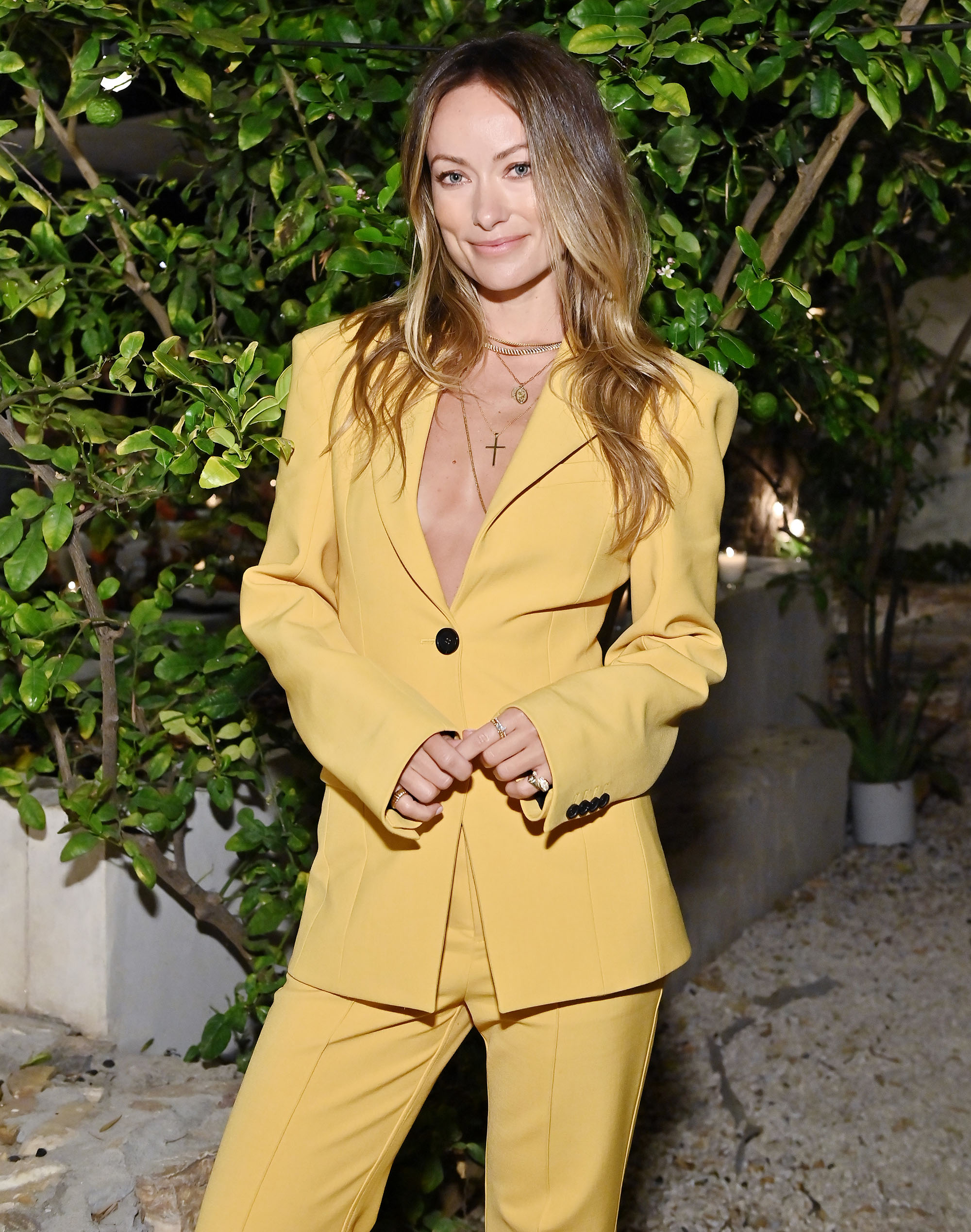 Later in the night, Styles brought country legend Shania Twain on stage for a surprise rendition of “Man! I Feel Like a Woman!”

“This lady taught me to sing,” Styles said of Twain, 56, jokingly adding, “She also taught me that men are trash.” 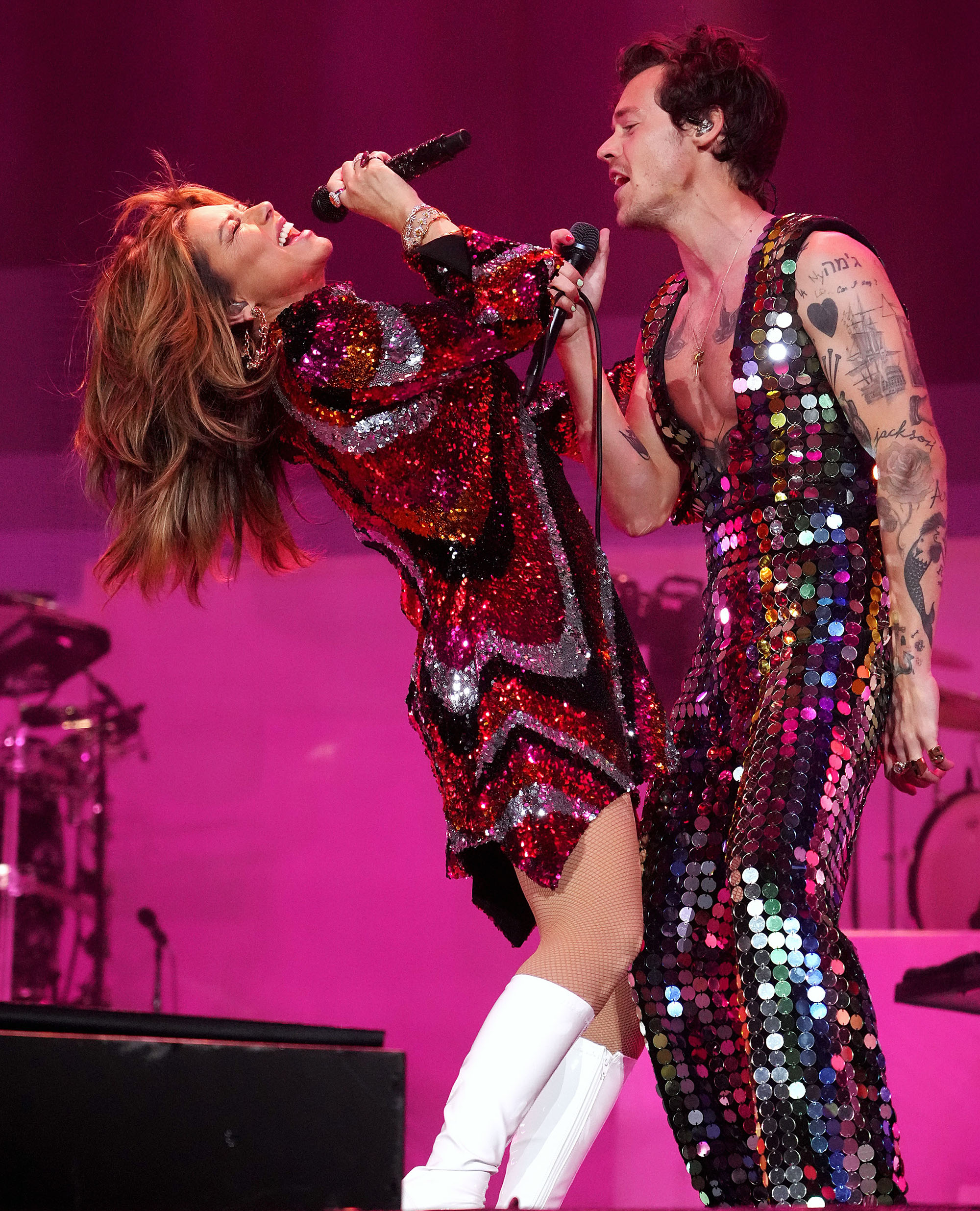 As Page Six previously reported, Wilde and Styles first sparked dating rumors in January 2021 after they were photographed together at his agent’s wedding.

In the year since, they’ve enjoyed everything from luxe vacations to nights out during his “Love On Tour” shows. 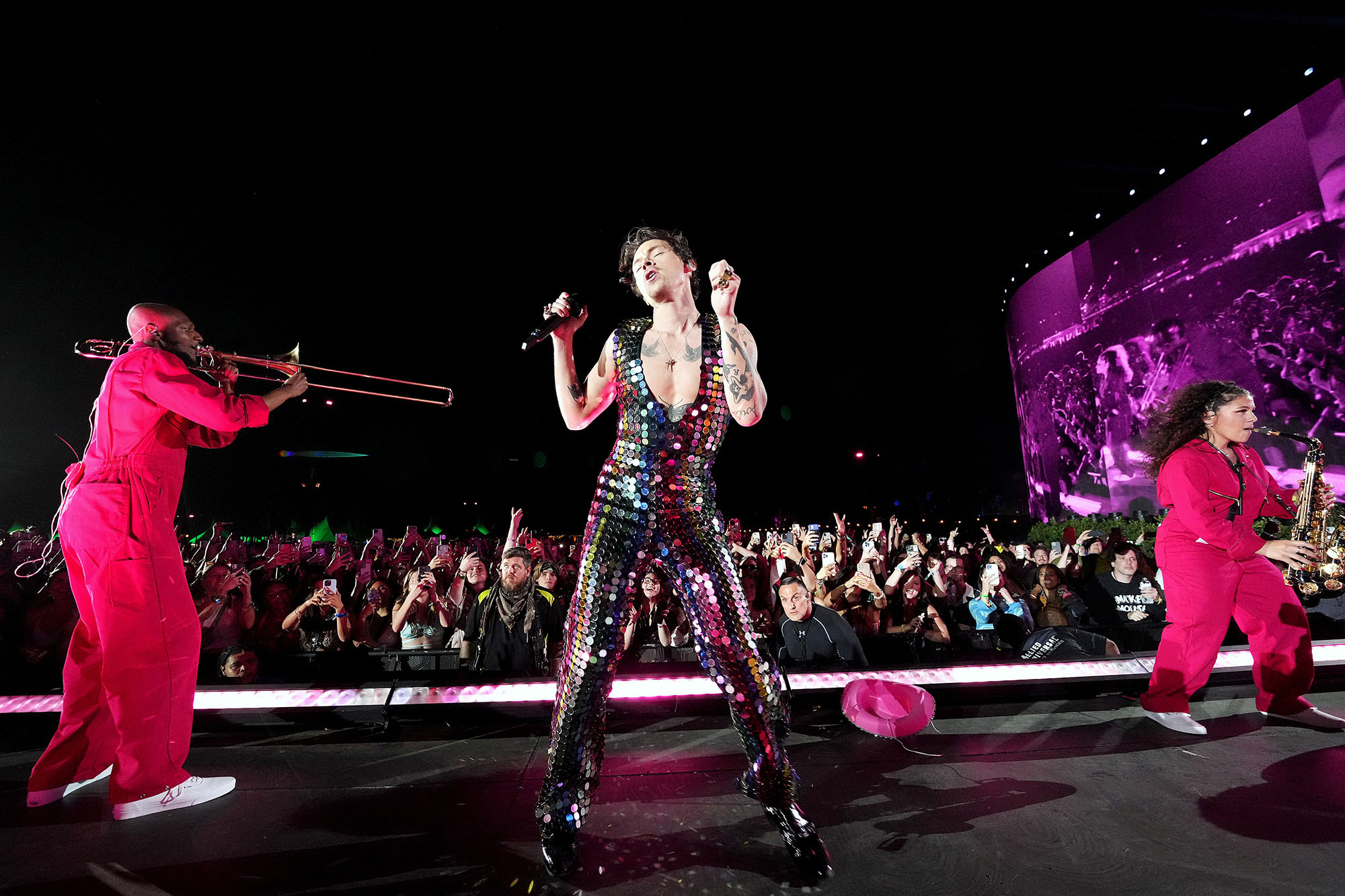 Wilde shares two children, Otis, 7, and Daisy, 5, with ex-fiancé Jason Sudeikis. The former couple called off their engagement in 2020.

Meanwhile, Styles has previously been linked to Taylor Swift, Camille Rowe and Kendall Jenner, who was also in the desert (and posing topless) for Coachella weekend.