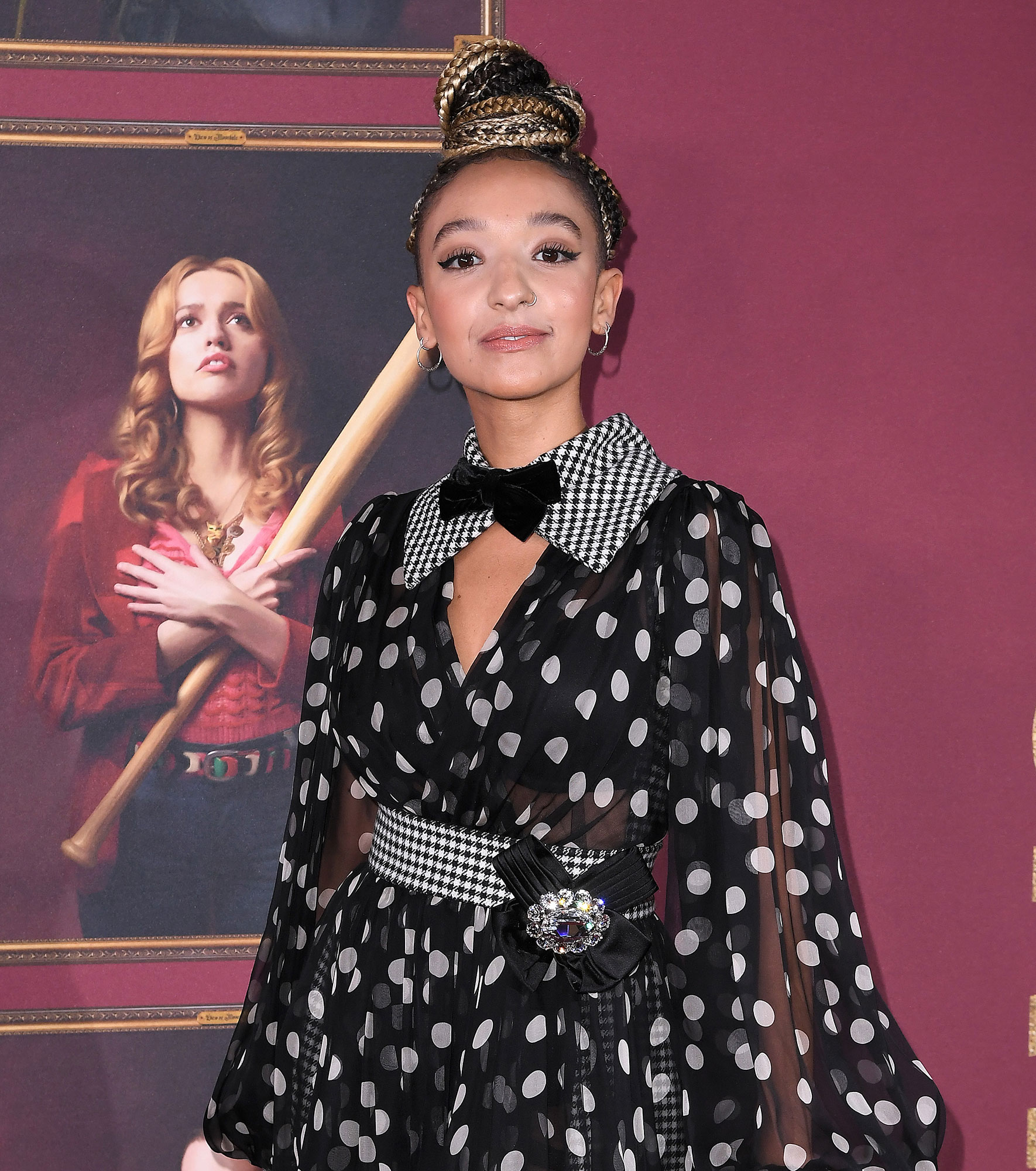 A bittersweet farewell! After starring as Ola in Netflix’s hit series Sex Education since its 2019 start, Patricia Allison saying goodbye to a show she loves dearly.

Love Is in the Air! Best TV Couples of All Time

“I absolutely have loved being on Sex Education so, so much … but unfortunately, I won’t be joining the team for Season 4,” the actress, 27, said during a Tuesday, July 5, episode of the U.K. radio show, “Breakfast With Yinka and Shayna Marie.” “Some other opportunities have come up. I’ve been doing it for three years, and I’ve genuinely loved it.”

When asked if making the premature exit was a difficult decision, the England native replied, “Absolutely,” before adding, “I guess I have to say goodbye at some time, which is kind of sad, but other things are coming.”

Sex Education follows characters Otis (Asa Butterfield), Maeve (Emma Mackey), Eric (Ncuti Gatwa), Ola and more as they face the trials and tribulations of high school. The series features the lives of the students and staff at Moordale Secondary School as they deal with personal issues — many of which are often related to sexual intimacy.

While Allison’s character Ola was initially introduced during season 1 as a potential love interest for series protagonist Otis, the twosome ultimately called it quits halfway through the second installment after discovering their lack of sexual chemistry. The very “real” way the Netflix comedy explores sex — from abortions to virginity and consent — has set a precedent for teen shows of the future.

Which TV Shows Are Renewed, Which Are Cancelled in 2022

“We don’t make the sex scenes too sexy. They’re not sexy or glamorized or grotesque” the Oliver Twist actress told The Upcoming during a 2020 interview. “And I think that’s really interesting to see. In terms of nudity, it’s awkward and embarrassing and we take these moments and give them a dialogue. And I don’t think that’s ever been done before.”

Ola, however, doesn’t stay unlucky in love for long. After telling Otis that they’re wrong together, the character eventually finds romance with Lily (Tanya Reynolds) after having steamy dreams about her. The fan-favorite relationship is one Allison thinks moved the needle toward more authentic LGBTQIA+ representation. 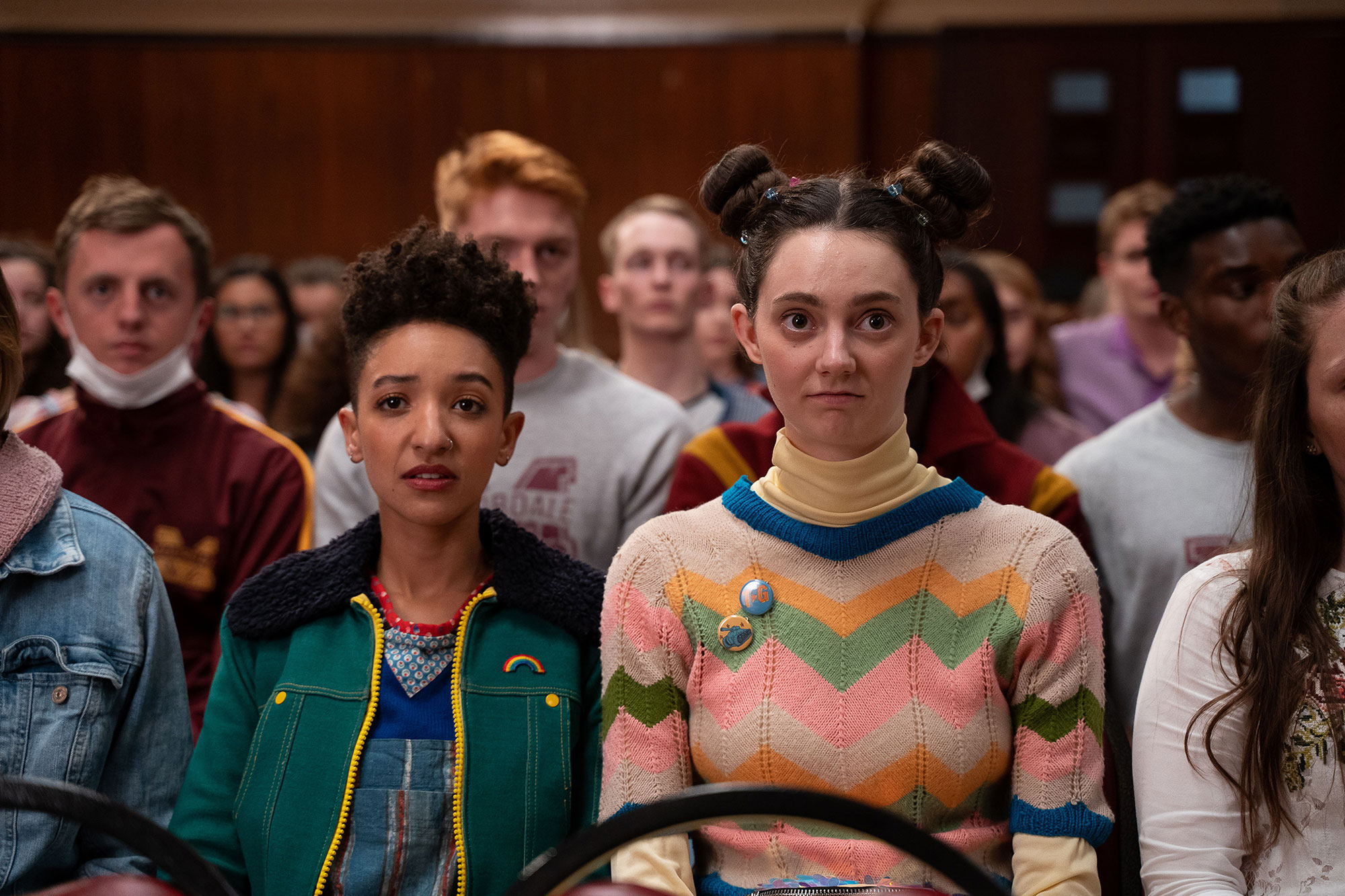 “Ola is just the kind of character to me that you could never really put in a box. She really is the definition of pansexual, she will go based on the personality and who makes a laugh, and who catches her eye in that sparkly way,” the Les Misérables alum explained during a January 2020 interview with British Vogue. “I really like that we show that side of sexuality because a lot of young people are trying to figure out what sort of box they go in — there’s other ways that you can put your sexuality into. Pansexuality is also something that’s never really been discussed properly before.”

Sex Education was renewed for a fourth season one week after the season 3 premiere in September 2021. The new season’s premiere date has not yet been announced.