An online gallery, compiled by Gosocial, revealed animals from around the world as they were caught on camera trying things for the first time.

From a puppy taking a bubble bath with no tears shampoo, to an indoors cat being taken outside for the first time, these pictures perfectly catch the hilarious moments that makes us love our pets.

The funniest moments may even motivate you to reach for the camera when your pet tries something for the first time. 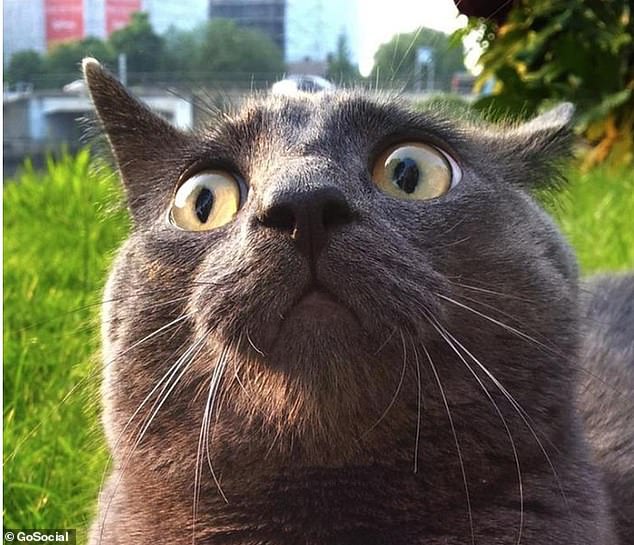 Mind blown: One owner, believed to be from America, appeared to amaze their cat by taking them outside for the very first time