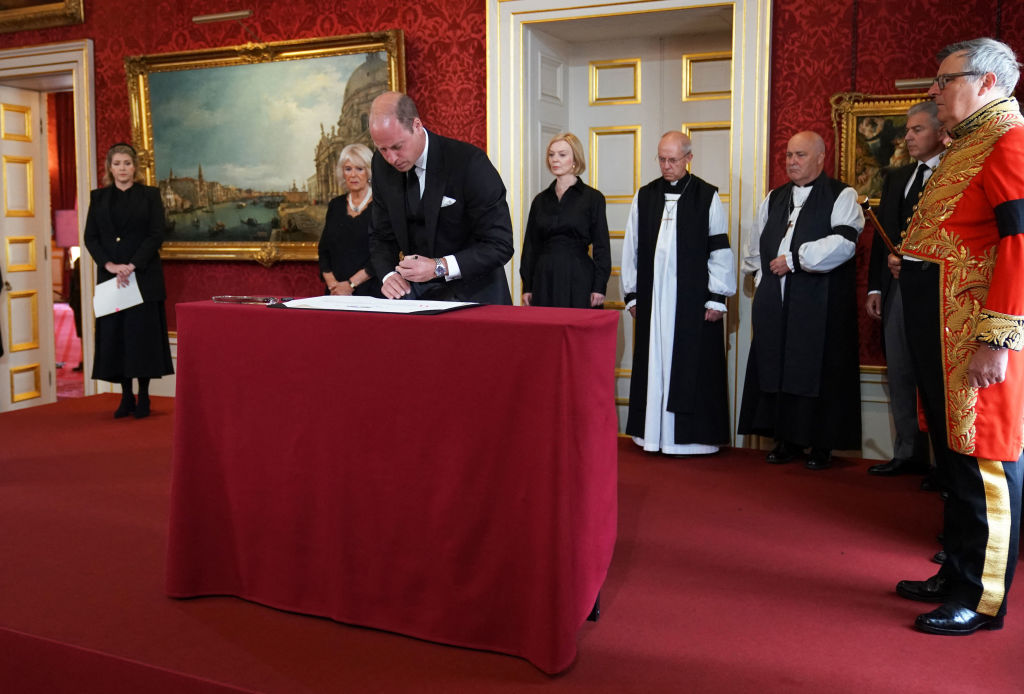 All eyes are currently on the Royal Family, as Queen Elizabeth II’s descendants mourn her death and go through formal succession proceedings.

The palace’s customs dictate that the new monarch must go through am Accession Council ceremony to swear to protect and serve the nation, which is exactly what King Charles III has been doing today.

The tradition is a formal affair, televised for the nation and with high-ranking royals including Queen Consort Camilla and Prince William in attendance.

But among the many rituals at the historic event, it’s Prince William’s handwriting that seems to have caught the attention of the public.

While signing proclamation documents, eagle-eyed viewers noticed that the new Prince of Wales uses his left hand, something many had never spotted before.

Despite William having spent his life in the public eye, Twitter users appeared bemused at the characteristic, with one person writing, ‘You learn something every day!’

Others called him a ‘brave man’ for using a pen to write – particularly given millions of people were watching at home – as left-handers sometimes struggle not to go over the fresh ink as they go.

‘I never realised Prince William was left-handed,’ commented one person. ‘I wonder if he too ruins everything he signs with pen smudges like me.’

As one of the estimated 8-15% of people around the world who are left-handed, Prince William has experienced many of the same struggles others face around handwriting and dexterity.

It also may have put him at a slight disadvantage in his favourite sport, polo, as the rules dictate that mallets must be held on a player’s right side throughout the game.

Some believe that left-handedness can signify certain characteristics in people, suggesting the disposition represents a unique way of thinking and acting.

Psychologist Chris McManus, from University College London, told the BBC: ‘Left-handers are much more variable in the way that their brains are organised.

‘My personal hunch is that left-handers are both more talented, and suffer deficits. If you are left-handed you might find yourself with a slightly unusual way your brain is organised and suddenly that gives you skills that other people don’t have.’

A study from 2009 by Stanford University concluded that left-handed people were naturally drawn to images to the left of their vision, believed to be due to how we process different information on different sides of our brains.

Further research has concluded that people who use their left hand are ‘more creative’ and better multitaskers but more prone to allergies and certain mental illnesses.

The word ‘sinister’ comes from the Latin ‘sinistro’, which means left, while the Irish Gaelic word for a left-handed person is ‘ciotóg’, which has sometimes been used in place of similar-sounding ‘ciotach’ to refer to someone who’s clumsy or awkward.

Left-handers have certainly been given a tough time over the years, but Prince William is in good company, as Marilyn Monroe, Barack Obama, Albert Einstein, Sir Paul McCartney, Marie Curie, and many more iconic figures also share his writing style.