What it’s really like to be a runaway: People who fled home as teens reveal what happened next – including a woman who ended up living off-grid with NINE children and another who fell pregnant at 12

People who ran away from home as teenagers have shared the reasons why they left home – and revealed what happened afterwards.

Social media users from around the world took to anonymous confessions app Whisper to share their stories, and they range from the harrowing to the bizarre.

One woman who ran away as a girl told how she spent two months living at her school before returning home. Another said she left aged 13 and is now 22 and a mother of eight.

In one post, a woman revealed she ran away because her parents wanted her to marry against her wishes. 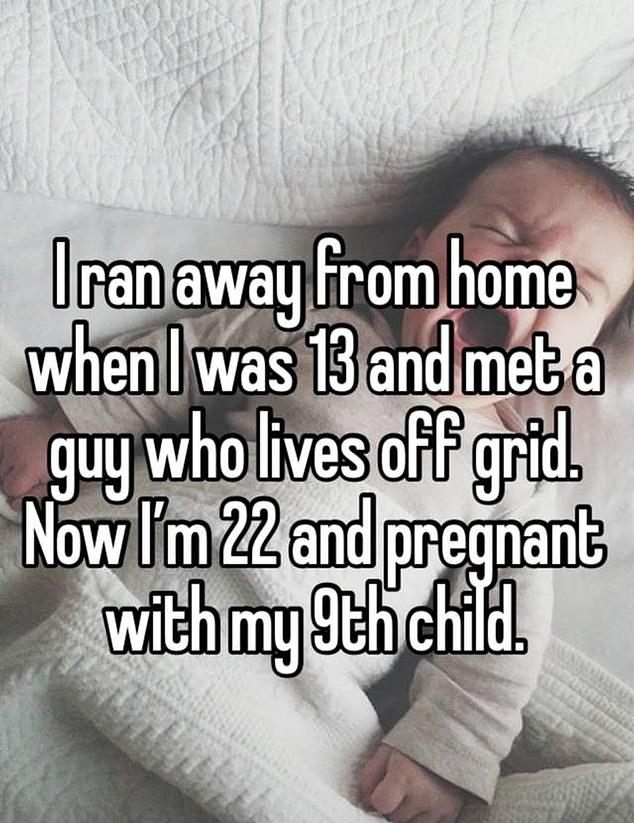 Young mother: After leaving home aged 13, this woman started a family. She is now expecting her ninth child. She was one of the teenage runaways who shared their stories on Whisper 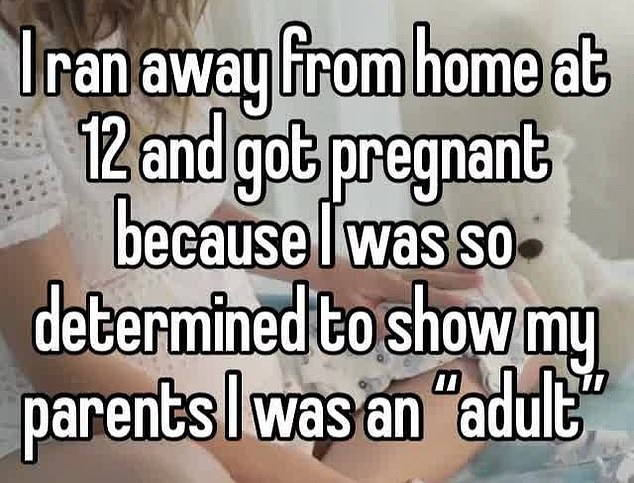 Something to prove: This woman from Pennsylvania ran away aged 12 and fell pregnant 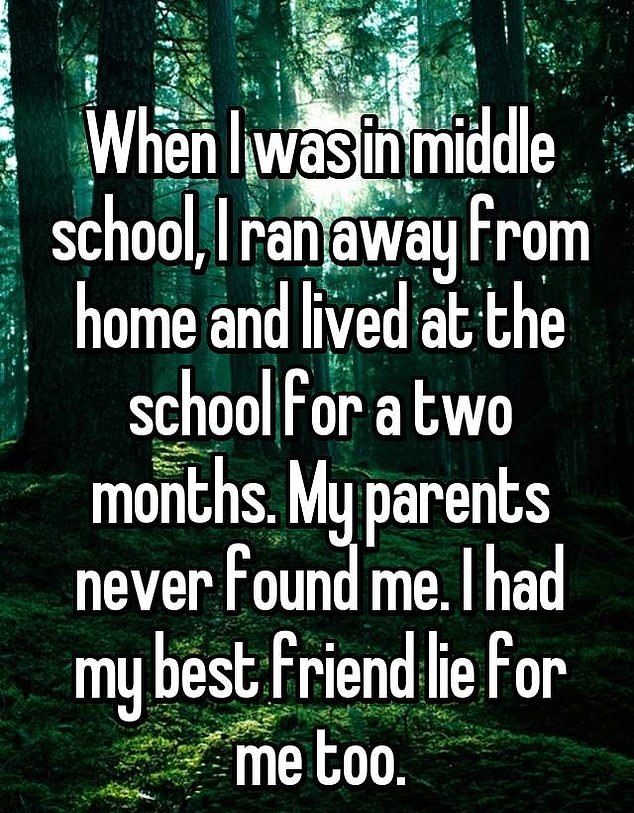 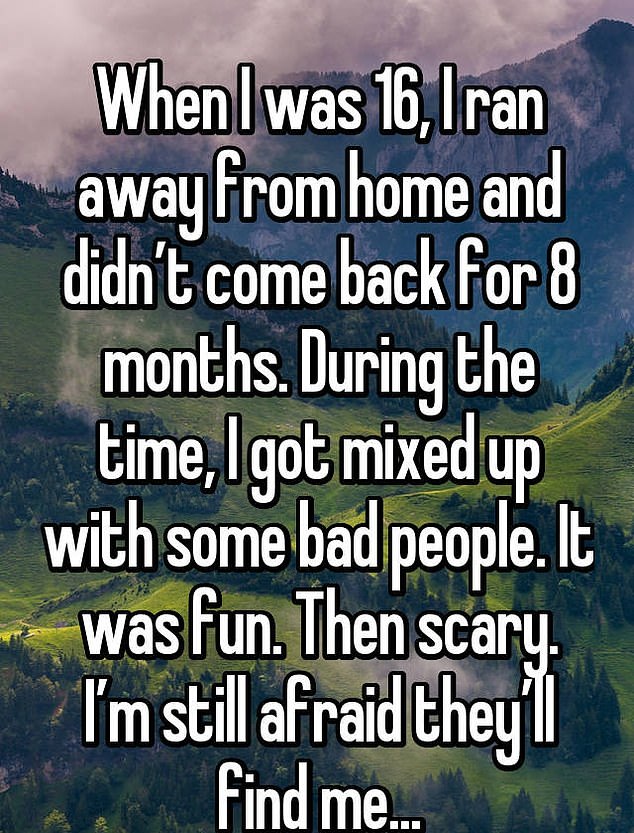 Haunted: This poster confessed they fell into ‘bad people’ after running away 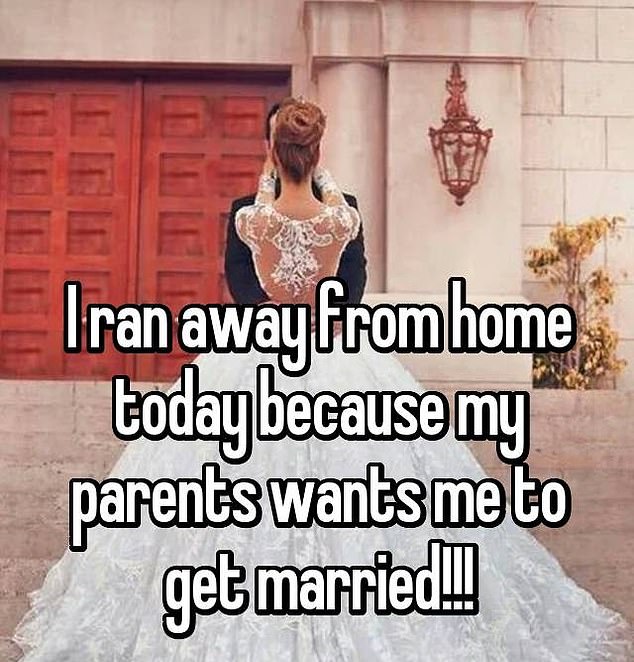 Runaway bride: This young woman, from Dhaka, in Bangladesh, didn’t want to get married 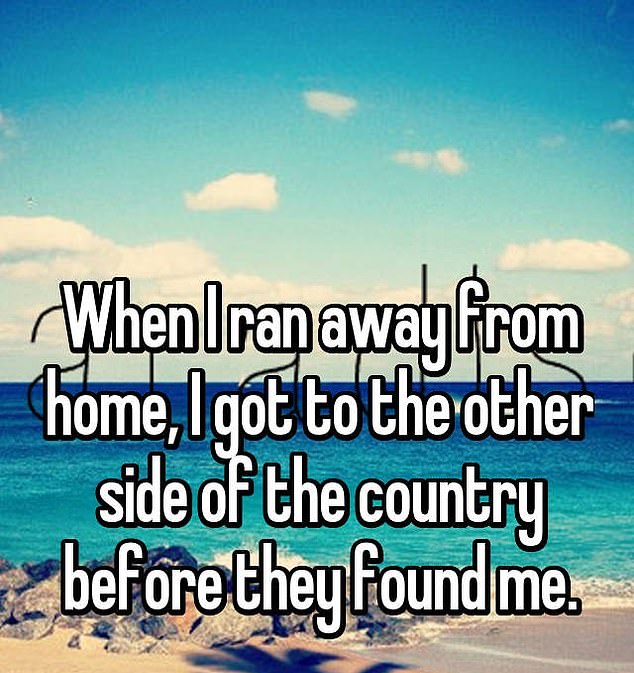 Making a break: This person revealed they travelled across the country as a teenager 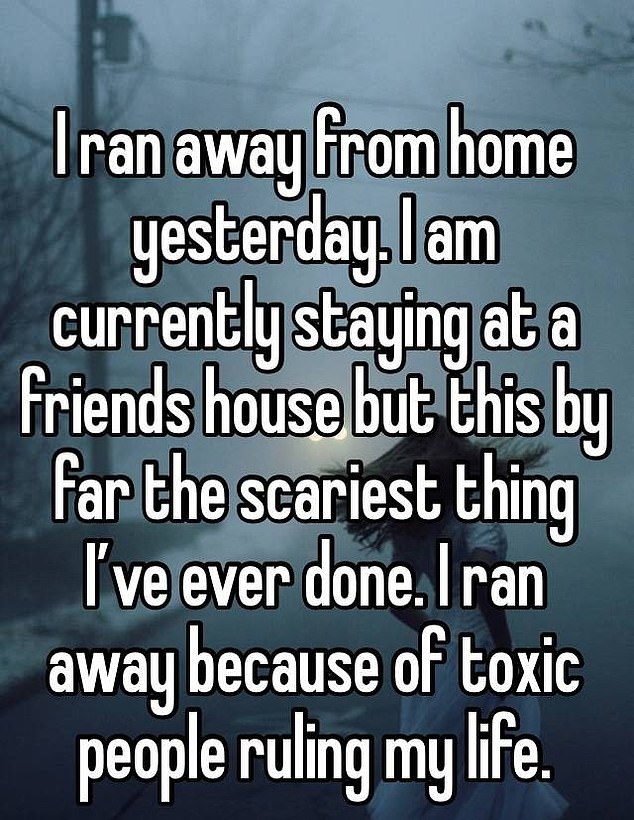 Taking the plunge: This person from Virginia wanted to improve their situation 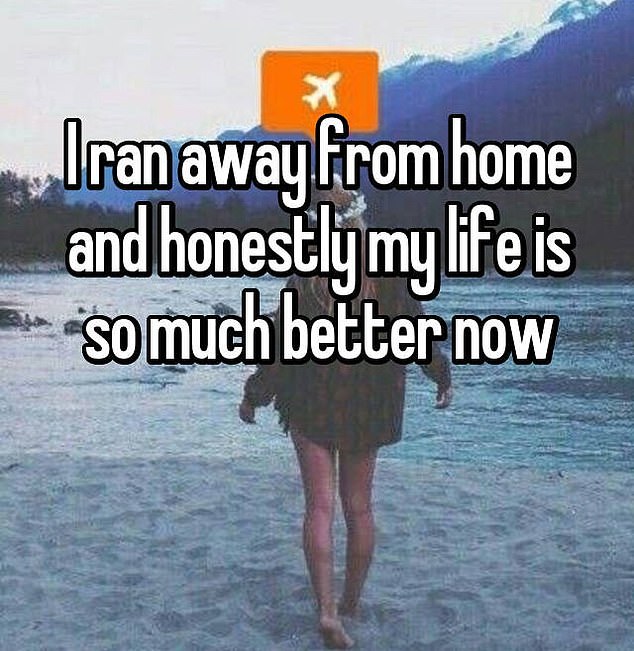 Starting over: This woman revealed running away as a teenager was the right thing to do 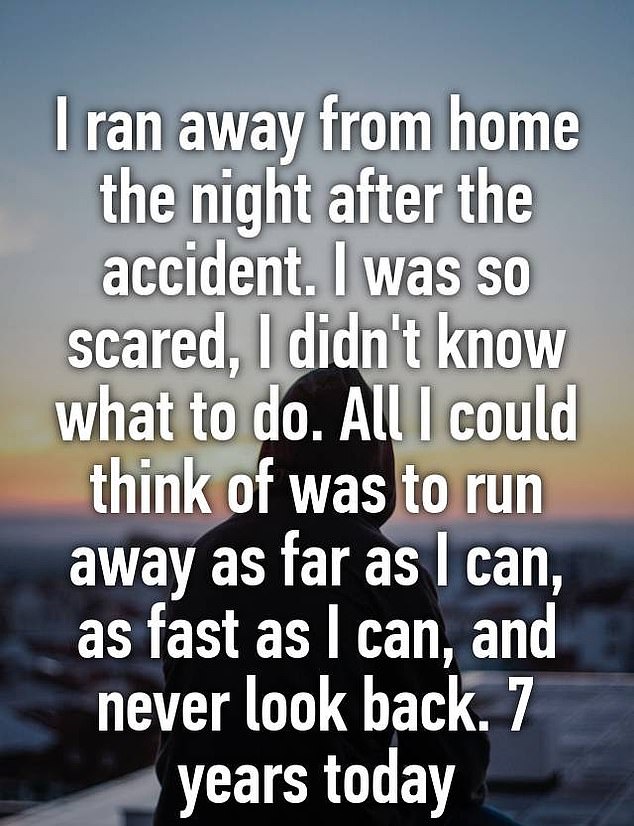 Mystery: This person fled after an accident in an unknown location seven years ago 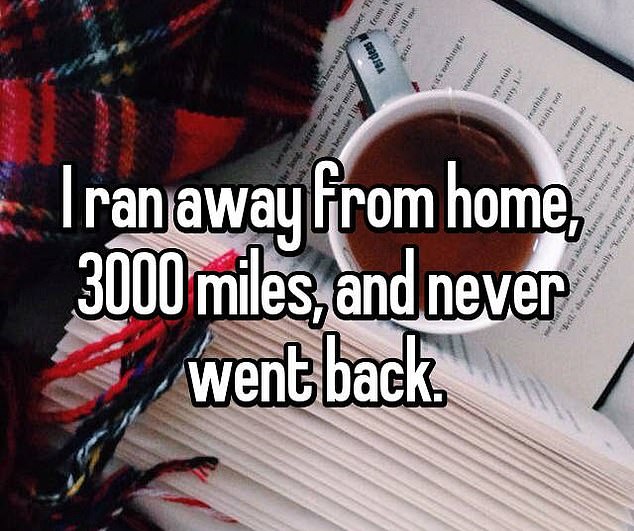 Fresh start: This person left the family for a new home 3,000 miles away 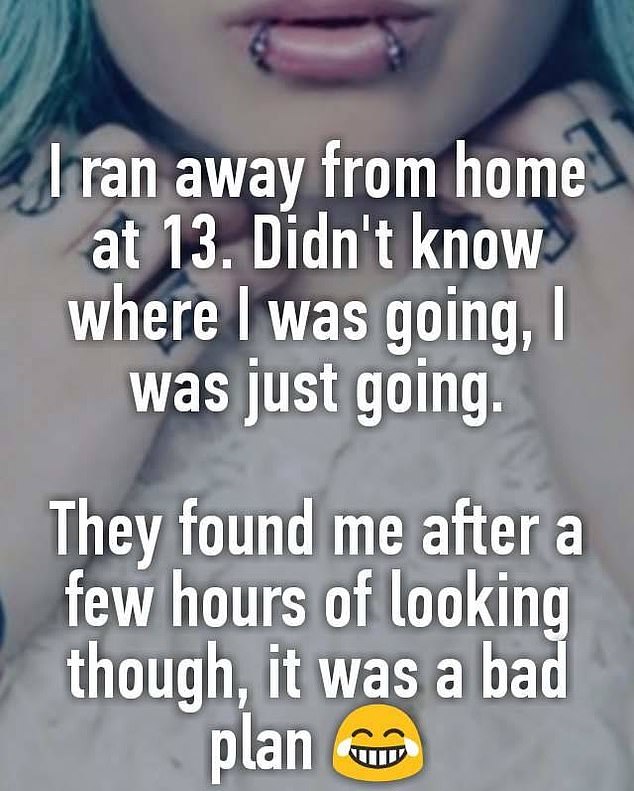 Didn’t get far: This person, from an unknown location, was found just hours later