THE Pound has jumped against the Euro after Prime Minister Boris Johnson confirmed he's agreed a Brexit deal with EU chiefs.

Sterling reached €1.1635 versus the single currency, gaining over 1 per cent off the back of today's bombshell breakthrough. 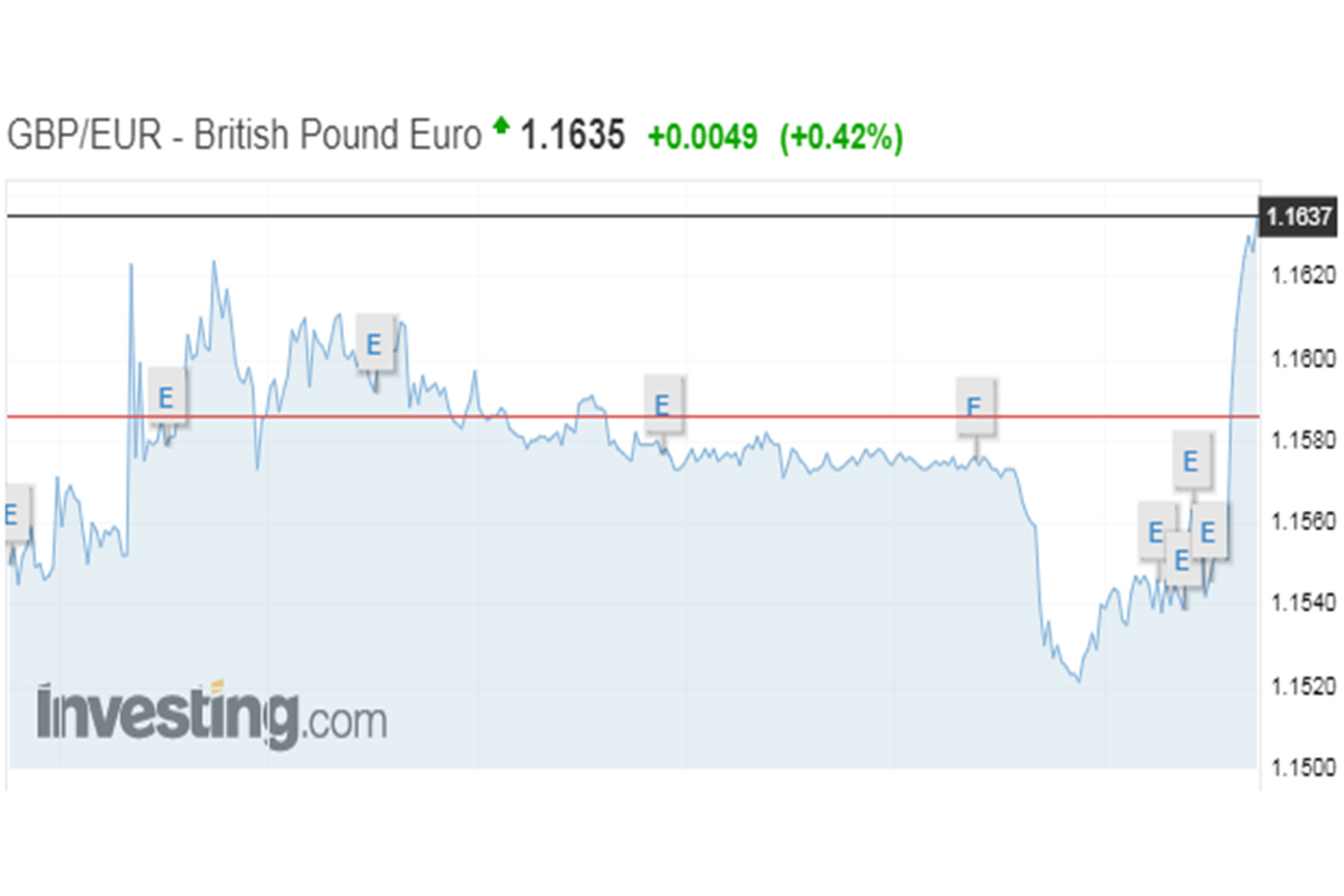 It comes after Mr Johnson took to Twitter to say a “great new” Brexit deal had been agreed “that takes back control”.

He said: "Now Parliament should get Brexit done on Saturday so we can move on to other priorities like the cost of living, the NHS, violent crime and our environment #GetBrexitDone #TakeBackControl."

The news was also confirmed by European Commission President Jean Claude Juncker who said a "fair and balanced" withdrawal agreement had been sealed.

But the agreement could still be wrecked by the DUP, who are refusing to back the deal because they "cannot support" a compromise on customs.

The UK is due to leave the EU in two weeks time, on October 31 and Mr Johnson will ask MPs to vote for the new deal at a special Commons sitting on Saturday.

The Pound reached a five-month high against the Euro earlier this week when hopes first began to rise over a Brexit deal being secured.

Michael Brown, senior analyst at Caxton FX, today said: "Sterling has gained this morning on news that the UK and EU have reached a deal on Brexit."

Phil McHugh, chief market analyst at Currencies Direct, added: "All eyes now will be on the detail and whether it has the legs to get through UK lawmakers.

"If so we expect to see the Pound push another leg higher."

Political decisions often affect the value of the Pound.

For example, the Pound briefly dipped from five-month highs this week when Brexit talks hit a "standstill".

While Sterling hit a six week high against the Dollar and the Euro after it appeared Mr Johnson may get a Brexit deal.

The Pound also soared against the Euro and Dollar back in March after MPs voted to rule out a no deal Brexit.