Kylie Jenner is red-y to show off her bump.

She paired the skin-tight style, which included red gloves and heels, with a coat in the same vivid hue.

While the makeup mogul’s look is a custom version of designs from Richard Quinn’s Spring/Summer 2022 collection, it bears striking resemblance to her sister Kim Kardashian’s all-red Balenciaga outfits.

It wouldn’t be the first time Jenner seemingly took style cues from her sister: She stunned in a sheer lace catsuit at New York Fashion Week in September, mirroring the see-through lace look Kardashian wore during her 2015 pregnancy.

While Jenner, 24, kept her first pregnancy hidden from fans, she’s showing off her baby bump in style this time around.

In September, she confirmed Page Six’s exclusive report that she and Travis Scott were expecting their second child, revealing the big news in a black cutout dress before stepping out in an all-white leather look. 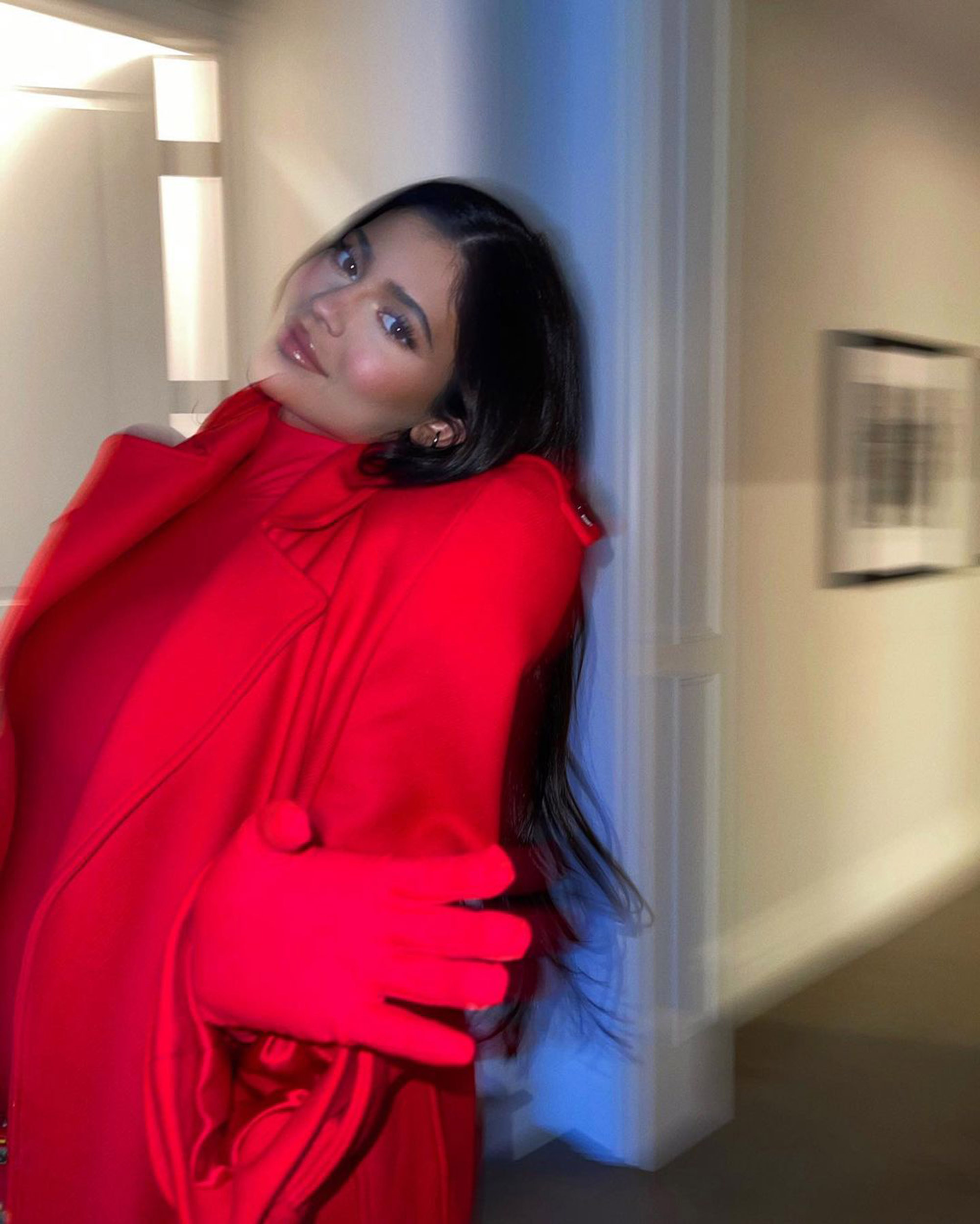 Now that the cat’s out of the bag, perhaps Jenner will be wearing catsuits on the regular. The star’s famously a fan of the form-fitting designs, even once admitting to forgoing quarantine sweats in favor of the style.

But one thing we won’t be seeing from the star? Hints about the sex of her baby. Despite the rampant fan theories, the Kylie Cosmetics founder revealed last month that she doesn’t know yet herself.