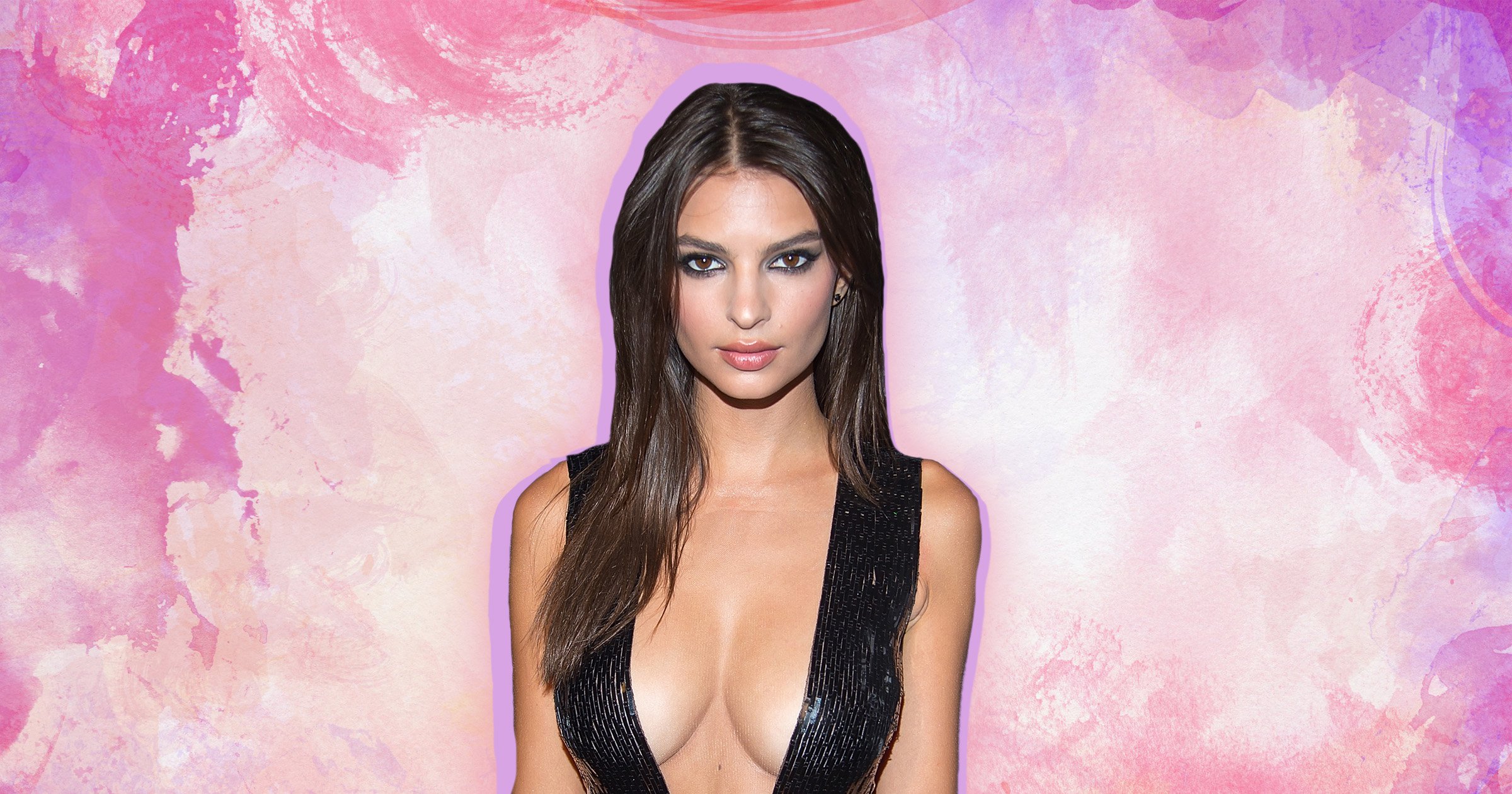 ‘Beauty is a fragile gift,’ wrote the Roman poet Ovid some 2,000 years ago — a sentiment seemingly echoed by TikTok in recent weeks as a handful of influencers took to the video-sharing platform to broadcast monologues about the pitfalls of being drop-dead gorgeous.

Examples included having their cars egged or being left out of friendship groups by jealous rivals.

But can we really cry rivers over complaints about being beautiful? After all, both scientific research and anecdotal evidence tell a different story: one where those who are aesthetically pleasing — who have so-called ‘pretty privilege’ — can open doors with a smile, giving them the edge socially, professionally and economically.

It’s a subject that’s been once again thrust into the mainstream by none other than actor and model Emily Ratajkowski, whose recent book, My Body, is both an acknowledgement and a lament that her physique and beauty are at the heart of her fame and success.

‘Money means power and by capitalising on my sexuality I have money,’ she says. ‘The whole damn system is corrupt and anyone who participates is just as guilty as I am. What am I going to do? Go live off the grid? I have to make a living somehow.’

And while the vast majority of beautiful people don’t choose to make a living off their looks, there are countless studies proving how life is easier if you are deemed attractive.

On TikTok #prettyprivilege has garnered some 144.3million views with videos showcasing myriad and opposing views on what it is, who it harms, how it harms and even whether it exists at all.

‘Pretty privilege stems from the fact that people who are regarded as more attractive, according to evolutionary norms, tend to be more chosen in society,’ says psychotherapist, relationship expert and broadcaster Lucy Beresford.

Not many people admit to benefiting from it, though: who wants to acknowledge that their looks might have played a key role in their success, rather than talent or graft?

Earlier this year singer Dua Lipa rejected suggestions she benefited because of her looks, stating that she’d ‘never seen being pretty or beautiful as some kind of power’.

Actor Brian Cox, whose new book, Putting The Rabbit In The Hat, broadly covers pretty privilege, commented last week that being pretty is an advantage in Hollywood.

He cited Brad Pitt and Keanu Reeves as examples of good actors whose looks had surely done nothing but good for their careers, highlighting that it’s not just women who reap the benefits of pretty privilege.

But ‘normal’ people can experience pretty privilege too. One anonymous woman in her mid-thirties acknowledges that pretty privilege has helped her, especially when she worked in the fashion industry — but says it there was a sting in its tail.

‘I’m glad I was considered pretty but, equally, it did make me doubt my worth,’ she says. ‘I know peers considered me an airhead when I’m very smart.’

‘Since #MeToo, there have been surveys that have found men are not hiring pretty women in order to avoid office romances or scenarios that could cause trouble,’ she says.

And while this speaks to the idea that pretty privilege is looks-based discrimination borrowing readily from sexism, racism and ageism, it is hard not to be more shocked by how those without it fare.

Classicist Mary Beard has been trolled over her appearance, with one commentator declaring her too unattractive to be on TV. And one LA-based TikTok user revealed that her boss asked her to seat ‘ugly’ people in the back of the restaurant they work at.

Some people speak of dismantling pretty privilege but it’s hard to do that if we’re still debating whether it even exists, who and how it harms and if being attractive can genuinely come with its own set of negative issues.

And it’s not as if society is getting any less image-obsessed: there are 28.81 million Instagram users in the UK, each scrolling through perfect imagery.

Demand for cosmetic surgery boomed in 2020 as much of the workforce has to see themselves on Zoom every day. Not being influenced by aesthetics isn’t going to happen overnight: change requires a widespread societal shift.

And it may not even be possible if, as Lucy Beresford points out, ‘beauty is hard-wired into our psyche’. She adds: ‘Research shows that babies spend more time looking at pictures of symmetrical faces and attractive things.’

But there is evidence pointing towards a greater acceptance of diverse beauty standards. Body positivity is now a mainstream movement with more brands than ever before using plus-size or disabled models. And on social media, you can of course curate a stream of the type of bodies and faces that speak to you.

The more we see different types of beauty in mainstream media, the more coveted they become — and about time too.