Tony Horwitz, a Pulitzer Prize-winning reporter and best-selling author known for embedding himself in the worlds he wrote about, died on Monday in Washington. He was 60.

His wife, Geraldine Brooks, a Pulitzer Prize-winning novelist, said he had collapsed while walking in Chevy Chase, Maryland, and was declared dead at George Washington University Hospital. The cause has not yet been determined, she said. 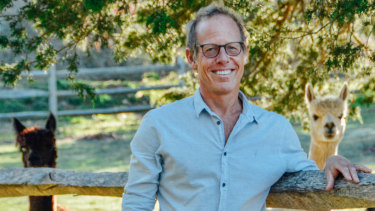 Journalist and author Tony Horwitz was awarded a Pulitzer Prize in 1995.Credit:Courtesy of tonyhorwitz.com

Horwitz was on the staff of The Wall Street Journal when he won the 1995 Pulitzer for national reporting for his vivid accounts of grim working conditions in low-wage jobs, including those at garbage recycling and poultry processing plants. He later wrote for The New Yorker on the Middle East before amplifying his brand of participatory journalism in nonfiction books.

His immersion in the subculture of battlefield re-enactors led in 1998 to Confederates in the Attic: Dispatches From the Unfinished Civil War, which was a New York Times best seller. 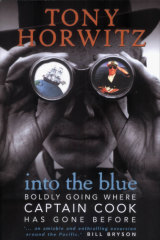 The cover of Horwitz’s Into the Blue: Boldly Going Where Captain Cook Has Gone Before.

He followed that with another Times bestseller, Blue Latitudes: Boldly Going Where Captain Cook Has Gone Before (2002), in which he retraced the Pacific voyages of explorer James Cook; A Voyage Long and Strange: Rediscovering the New World (2008), a revisionist view that plays down the significance of the Pilgrims; and Midnight Rising: John Brown and the Raid That Sparked the Civil War (2011).

His latest book, Spying on the South: An Odyssey Across the American Divide, published this month, retraces the antebellum meanderings of Frederick Law Olmsted, whose dispatches for The Times, long before he gained fame for designing Central Park and other urban landscapes, sought to fathom the soul of the slaveholding states and find common ground among Americans of good will.

Horwitz, who lived in West Tisbury on Martha's Vineyard in Massachusetts, was scheduled to read from Spying on the South on Tuesday night at Politics and Prose, a popular book store in Washington.

"Tony created his own unique genre of history and journalism in book after book," David William Blight, a professor of American history at Yale and director of the Gilder Lehrman Center for the Study of Slavery, Resistance and Abolition, said in an email. "His search for Olmsted's journey was Tony's own brilliant mirror held up to all of us about the awful social and political sicknesses we face now as Olmsted's epic journey showed the same for the South and the road to the Civil War."

Anthony Lander Horwitz was born June 9, 1958, in Washington, the son of Dr. Norman Horwitz, a neurosurgeon, and Elinor (Lander) Horwitz, a writer. Norman Horwitz was part of the team that operated successfully in 1981 on Officer Thomas Delahanty, who was shot in the attempted assassination of President Ronald Reagan.

When he was six, Tony learned that his 101-year-old great-grandfather, an immigrant from czarist Russia, had become an American Civil War buff. So did Tony's father, and Tony became one, too. His Confederates in the Attic, he wrote, portrayed the war as a Rorschach test of "all sorts of unresolved strife: over race, sovereignty, the sanctity of historic landscapes and who should interpret the past." 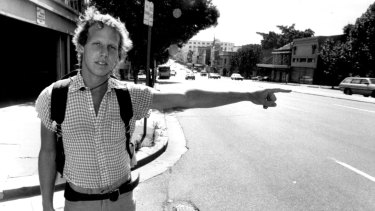 Horwitz hits the road for Ayers Rock from Broadway in 1986.Credit:Philip Wayne Lock

Horwitz turned to newspaper reporting after a stint as a union organizer in Mississippi. He was an education reporter for The Fort Wayne News-Sentinel in Indiana from 1983 to 1984 and a general reporter for The Sydney Morning Herald in Australia from 1985 to 1987 before joining The Wall Street Journal in 1990 as a foreign correspondent in Europe and the Middle East.

He and Brooks won the Overseas Press Club's Hal Boyle Award in 1990 for their coverage of the Persian Gulf war.

He returned to the United States in 1993 and reported on workplace issues while assigned to The Journal's Pittsburgh bureau.

In addition to his wife, he is survived by their sons, Nathaniel and Bizu; his mother; his sister, Erica; and his brother, Joshua.

"His journalism was always participatory, and he took readers along for the ride," Joel Achenbach, a reporter for The Washington Post, said by email Tuesday. "He climbed masts on sailing ships, rode mules, marched with Confederate re-enactors, and ventured into dive bars in the remote crossroads of America."

Horwitz was driven by an antic energy and unquenchable curiosity. While reporting in the Middle East, he lay down on a battlefield to block Iraqi earthmovers from burying Iranian soldiers in mass graves so that their comrades might claim the bodies, financial journalist Michael Lewis recalled.

He endured a sweat lodge in the Pacific for four hours, all the while feeling as if he were being cooked alive, because, he told an interviewer at Ohio State University in 2009, "I think it's the sickness of writing that however horrible the experience is, some little voice inside is saying, 'Yeah, but this is going to be a great story.'"

"He was easily bored with conventional explanations," Lewis said, "and his restlessness led him to places a normal person wouldn't get to."

Horwitz was a gifted interviewer. In Confederates in the Attic,"he engaged the only living Confederate widow at the time in a conversation about the future, in which she predicted, "If it's like it usually been bein', it won't be so good." And for his latest book, following in Olmsted's footsteps, he got "the drift of things" in the South by cultivating sources in after-hours interviews in dive bars from the Potomac River to the Rio Grande.

Horwitz wrote in The Times last month: "Last week I saw my cardiologist. He told me I drink too much."

Horwitz acknowledged his occupational hazard, but made a case for what he called bar-stool democracy. His sojourn in the South, he said, had him discarding stereotypes and seeing blue-collar conservatives as "the three-dimensional individuals I drank and debated with in factory towns, Gulf Coast oil fields and distressed rural crossroads."

He expressed the hope that they would remember him not as "one of those 'coastal elites' dripping with contempt and condescension toward Middle America," he wrote, but "rather, as that guy from 'up north' who appeared on the next bar stool one Friday after work, asked about their job and life and hopes for the future, and thought what they said was important enough to write down."