The royal, 47, was enjoying a military parade in Madrid today alongside her husband King Felipe and their two daughters princesses Leonor and Sofia.

She wore an elegant pink lace collar dress by Felipe Varela with sheer sleeves and delicate embroidery while her husband looked smart in a military suit.

She teamed the chic number with a pair of Steve Madden blush pink court shoes, a hot pink clutch from Magrit and statement pink earrings. 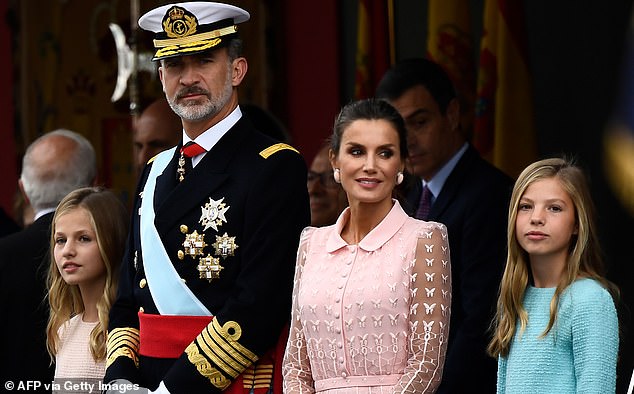 Queen Letizia was enjoying the military parade in Madrid alongside her husband King Felipe of Spain, princess Leonor (left) and princess Sofia (right) 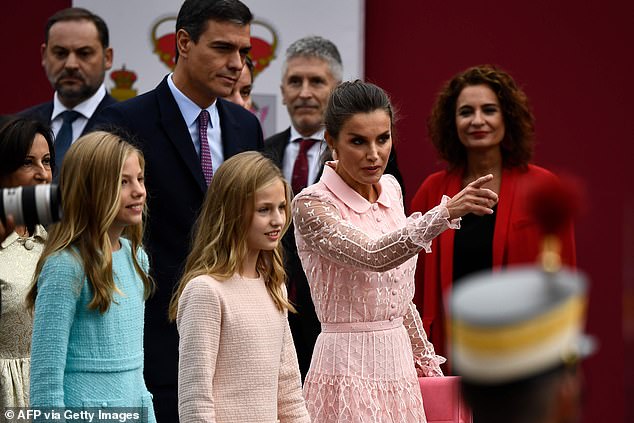 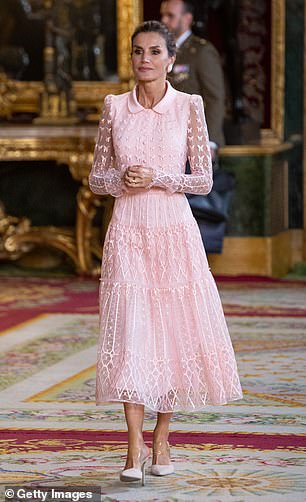 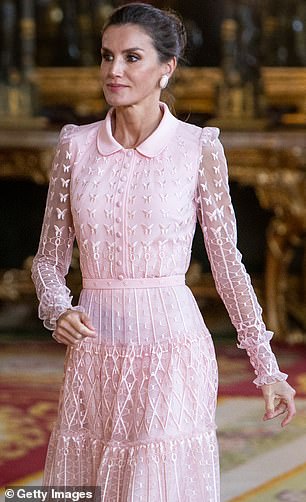 She kept her hair in a chic up-do and accentuated her natural beauty with subtle makeup for the day out.

The dress from the Spanish designer had a statement collar and was nipped in at the waist highlighting her slim frame.

National Day, which the Spanish royals were out celebrating, commemorates when Christopher Columbus first set foot in the Americas in 1492. 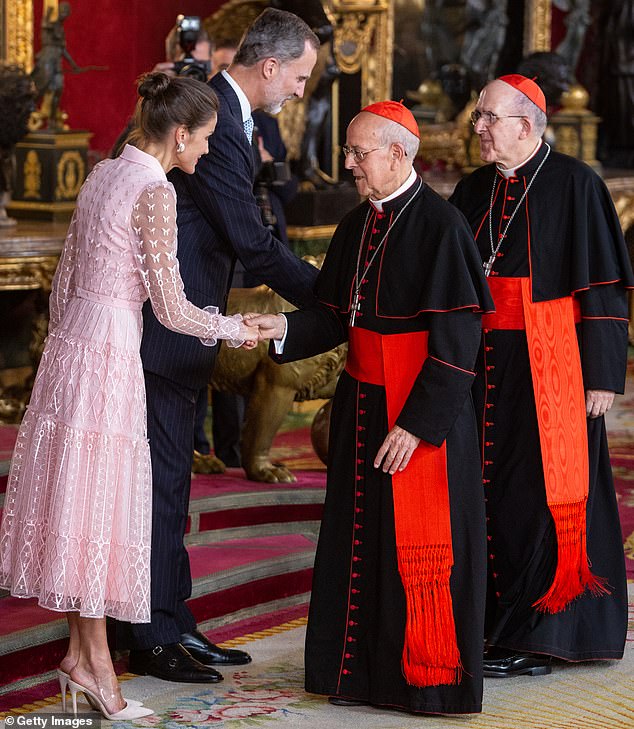 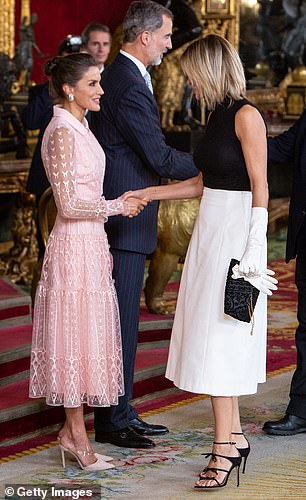 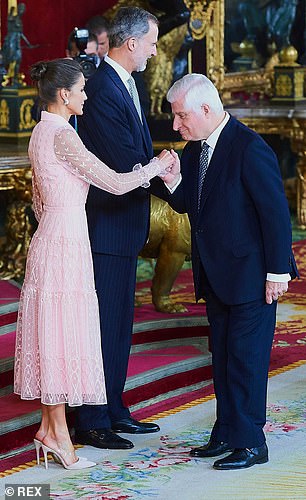 Queen Letizia greeted guests including Spanish TV presenter Susanna Griso, right, at the Royal Palace reception at the during the National Day

A parachutist got into difficulty during the parade on Saturday after misjudging his landing, smashing into a lamp post and remaining suspended as crowds looked on.

Corporal Luis Fernando Pozo was left clinging onto the post for several minutes before being rescued by an army vehicle during the televised event. 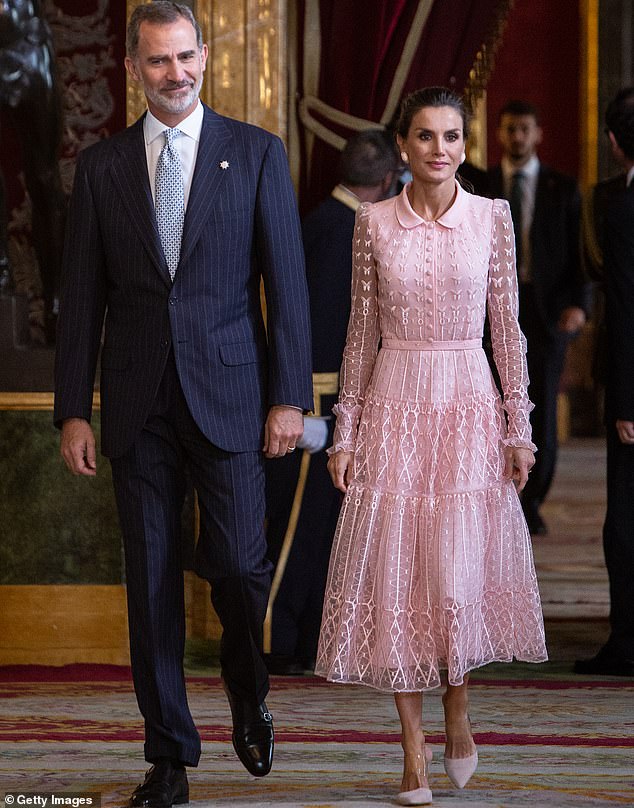 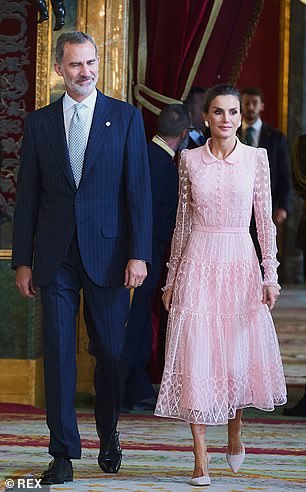 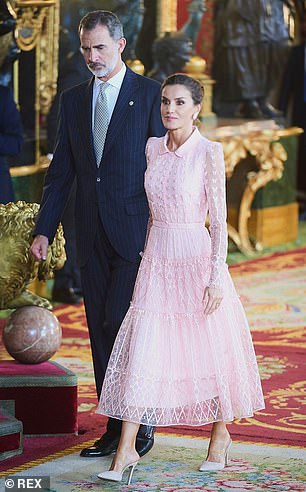 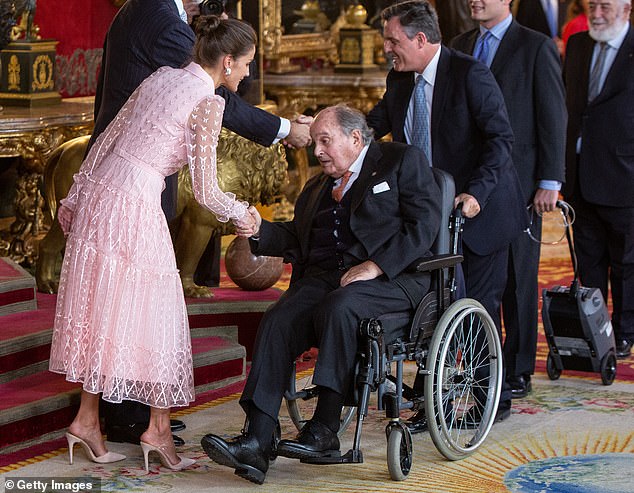 She teamed the chic number with a pair of Steve Madden blush pink court shoes, a hot pink clutch from Magrit and statement pink earrings 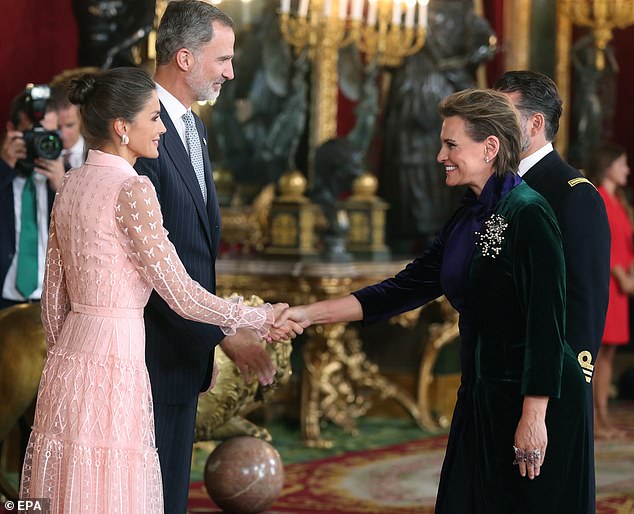 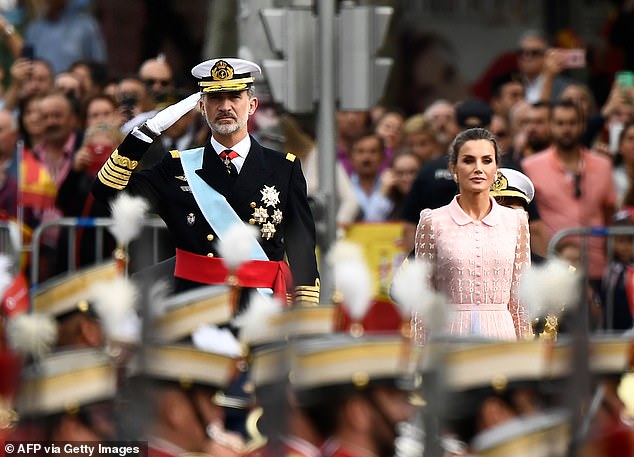 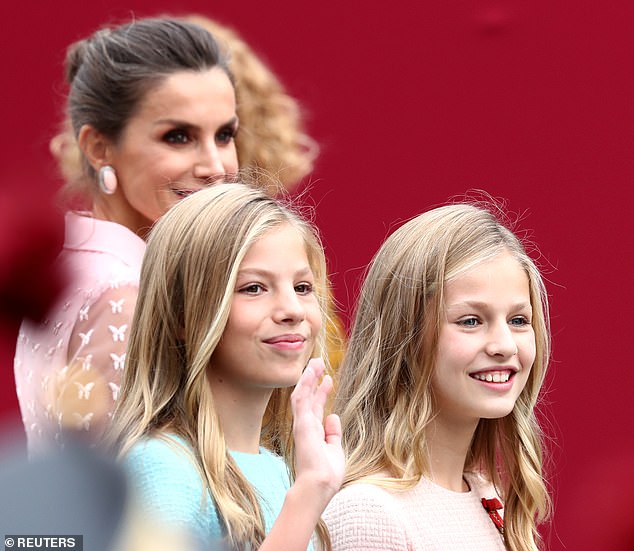 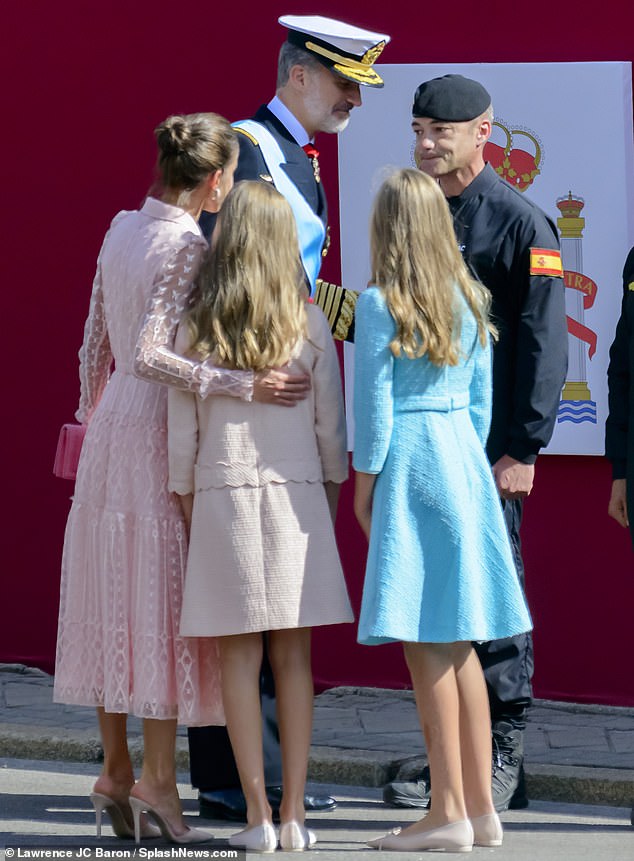 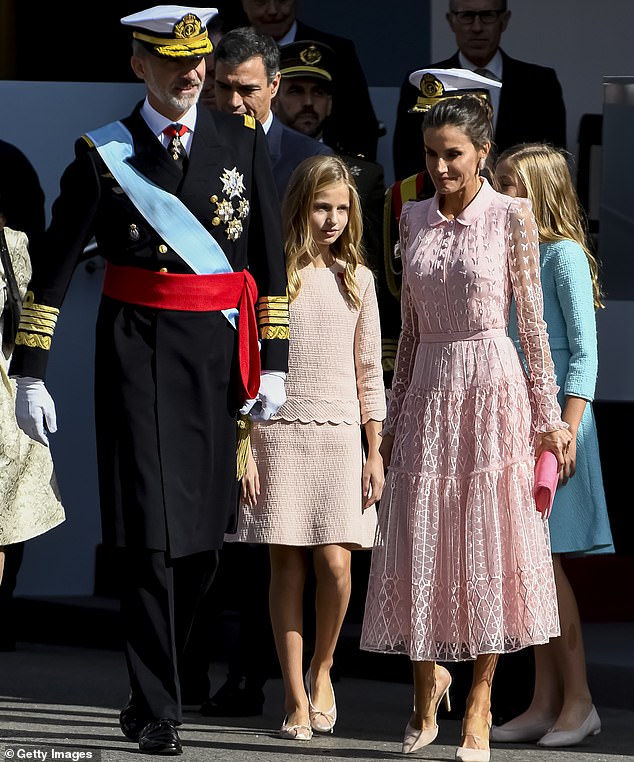