Matt James is not an eligible “Bachelor.”

Rachael Kirkconnell took offense at a sports announcer claiming several times over the weekend that her 30-year-old boyfriend is single and ready to mingle.

The graphic designer, 25, watched from the sidelines Sunday as her on-again, off-again partner participated in the Monster Energy Big3 Celebrity Game in Atlanta, with a man on the mic continuously telling the audience that James was unattached.

“Anytime Matt would do something, announcer: ‘Ladies, he’s single’” Kirkconnell wrote over a video clip of the basketball match posted to her Instagram Story (via People).

Kirkconnell and James have been dating on and off since she competed on season 25 of “The Bachelor.” 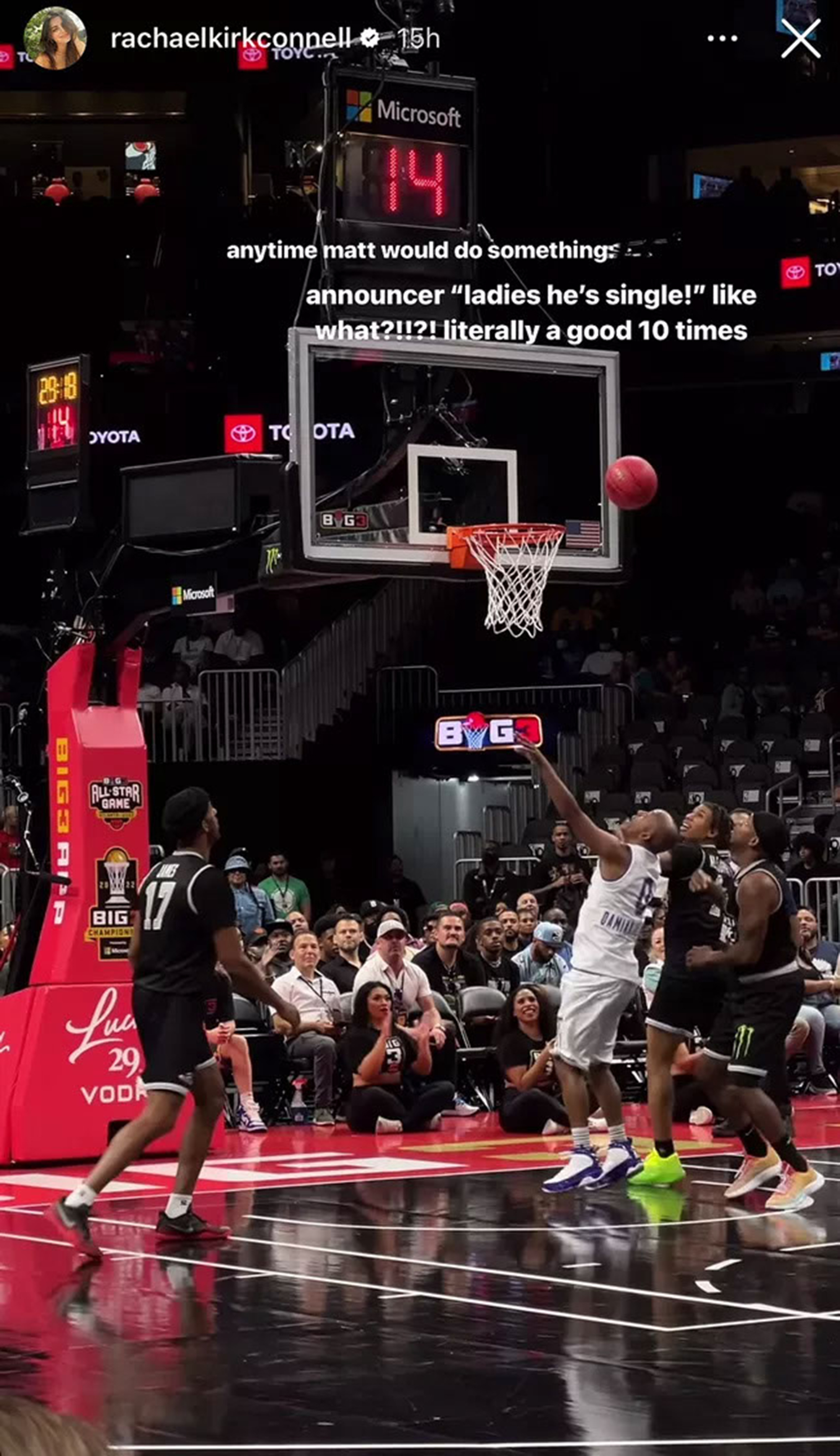 While they appear to be going strong, the duo’s relationship hasn’t been without its fair share of drama.

Kirkconnell was presented with the final rose at the end of the ABC show, but by the time the episode aired, photos had surfaced of her dressed for an antebellum plantation-themed party in college that celebrated the “old South.” 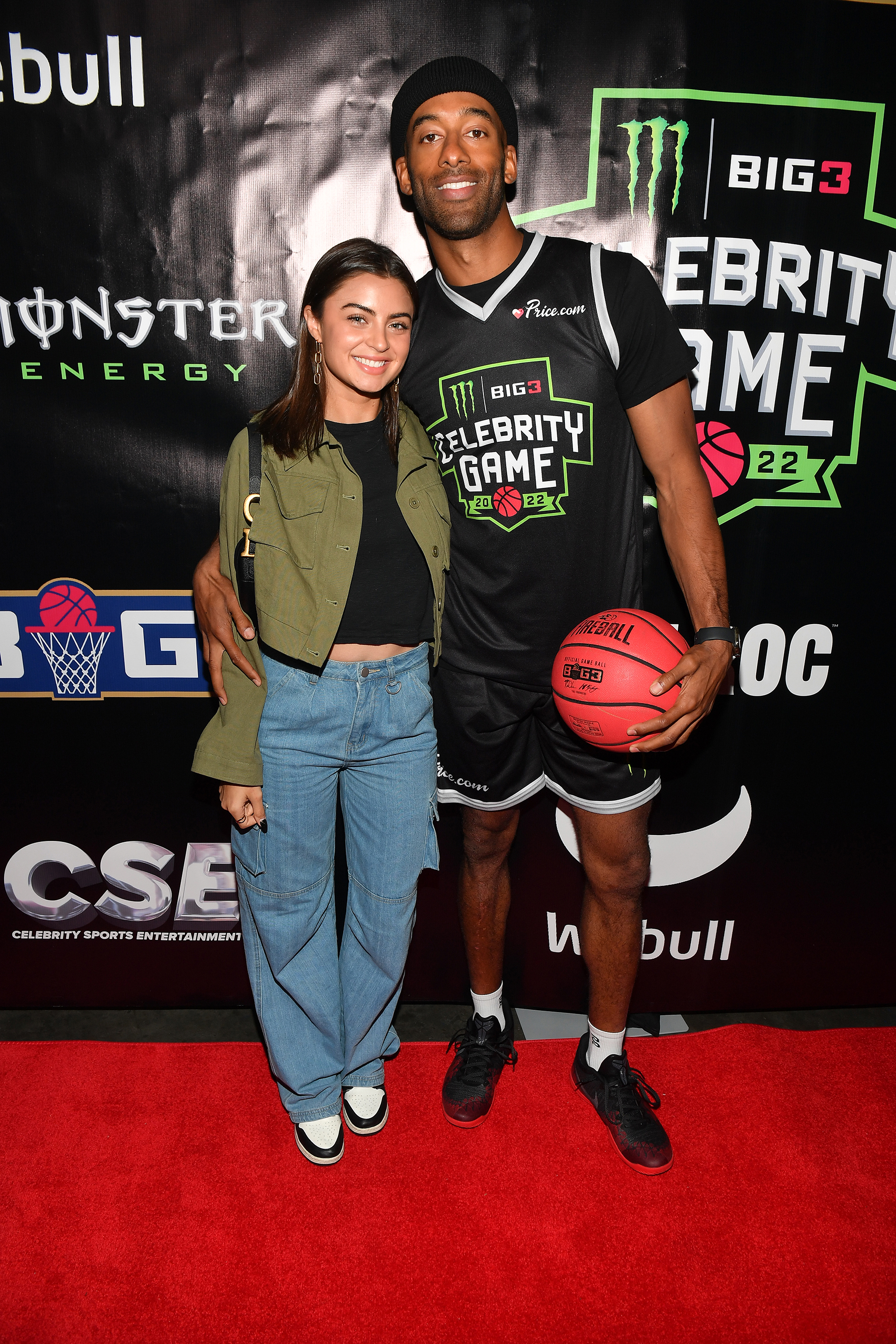 Critics accused the contestant of racist behavior. James, for his part, separated from her.

The controversy caused even more of a stir when the show’s longtime host Chris Harrison minimized Kirkconnell’s past actions in a February 2021 Extra interview. The 51-year-old was subsequently fired.

During the “After The Final Rose” special the following month, James admitted that he and Kirkconnell still had feelings for each other. 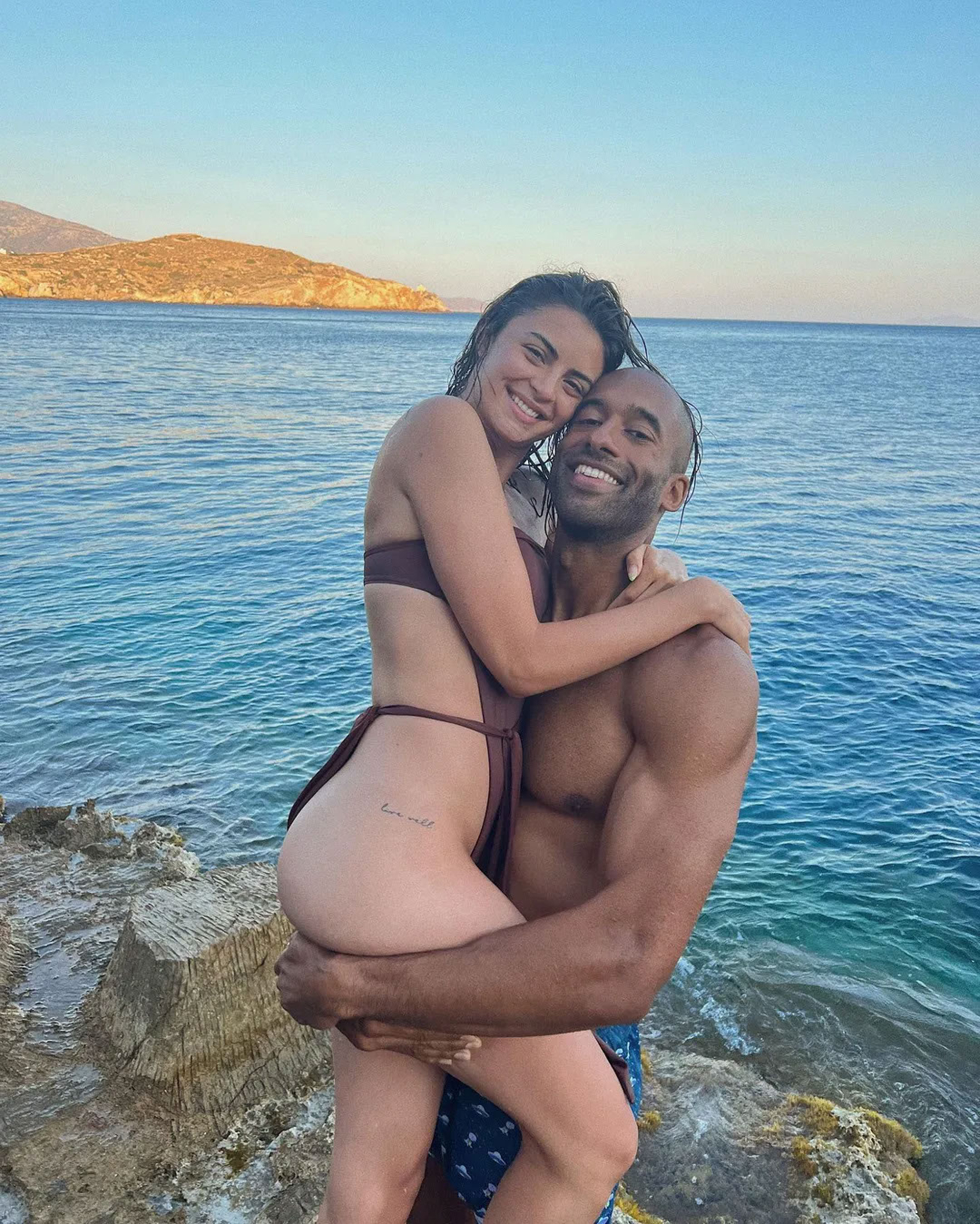 “We didn’t know what to do with them” James wrote in his book, “First Impressions,” published in May. “We decided to keep talking, to be open to our love building back.”

James ultimately decided to get back together with Kirkconnell, who had publicly apologized for her mistakes in a February 2021 Instagram video. 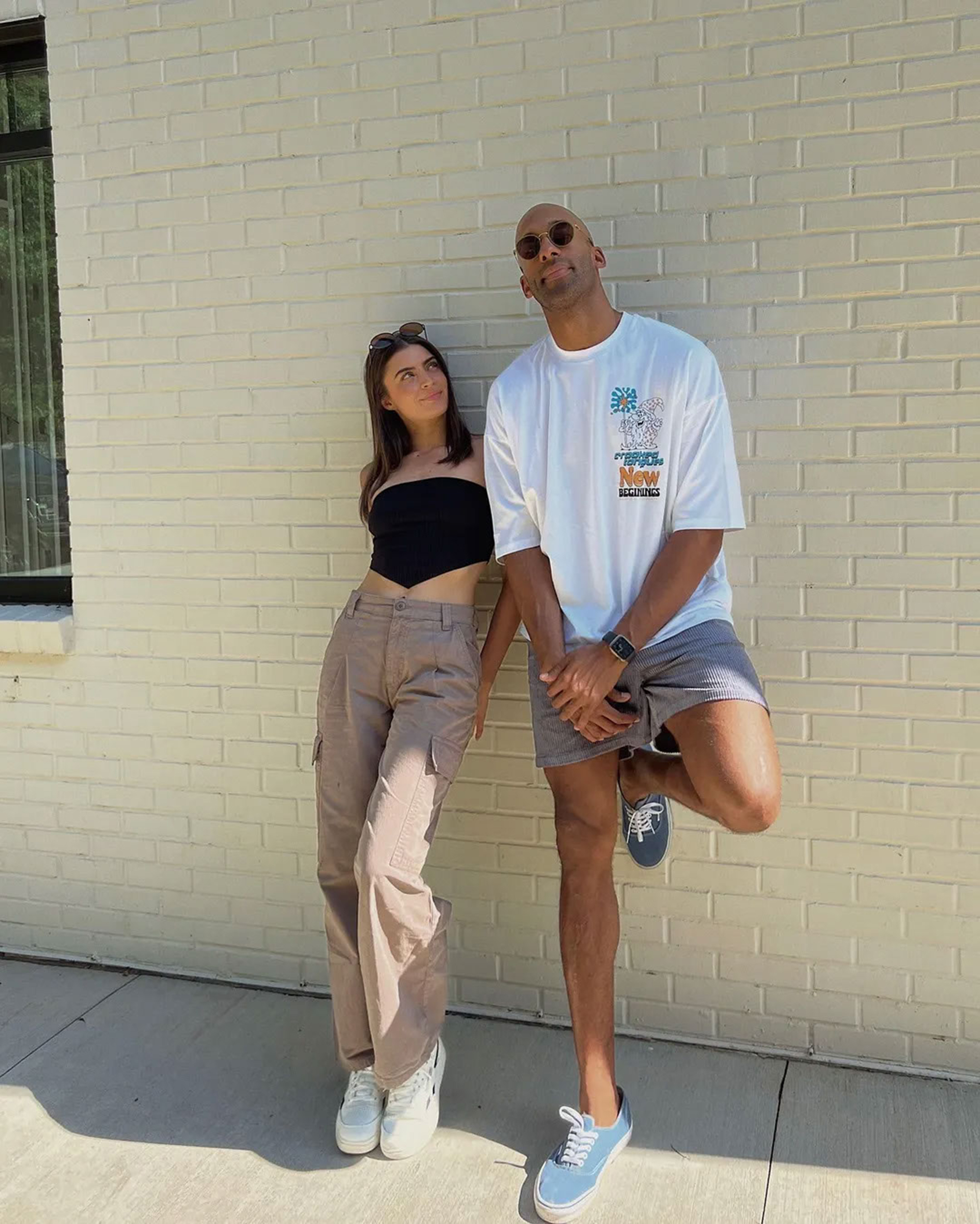 Seeing that Kirkconnell had “done the self-work,” James decided to also “be better going forward,” the realtor wrote.

“She had done self-work that I hadn’t reciprocated,” he added. “I promised her that I was all in. It was the best decision I could have made. I changed. I grew. I learned about myself, my past trauma, and my capacity for love.”

While the pair got back together in April 2021, they waited three months to make their public return at the ESPYs.

Since rekindling their love, Kirkconnell and James have been traveling and showing lots of PDA.