An unlucky-in-love radio producer has opened up about the massive dating gamble that cost her thousands of dollars and hours of tears.

‘Perennially single’ Jana Hocking said she once travelled across the world to see a former flame who had moved to London – but after just two nights an explosive row saw her jump straight back on a flight to Australia.

The 36-year-old, who works at Sydney’s Triple M station, recounted the drama on this week’s episode of news.com.au’s podcast, Kinda Sorta Dating.

‘I was going to move my whole life over there,’ she told guest star, Bachelor in Paradise’s Alisha Aitken-Radburn.

‘Flew the whole way there, by the second night we were in a massive, giant fight and I just remembered, “oh yeah, you’re a massive douchebag,” and then had to fly the whole way home.’

Jana said she ‘bawled her eyes out’ for the 24-hour journey home, an ordeal Alisha could relate to after she was brutally dumped by Bachelorette star, Jules Bourne.

The reality star, who is now happily dating Glenn Smith, said she ordered a banana split and two bottles of red wine to her hotel room, then cried the whole flight from Fiji to Sydney.

And it’s not the first time Jana has been candid about her dating disasters.

The self-professed ‘collector of kind-of-boyfriends’, who writes about her romantic escapades online, previously revealed why she thinks women are looking for a different type of man in 2021. 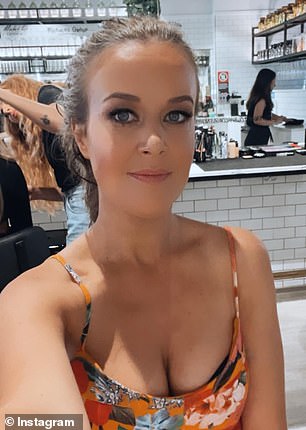 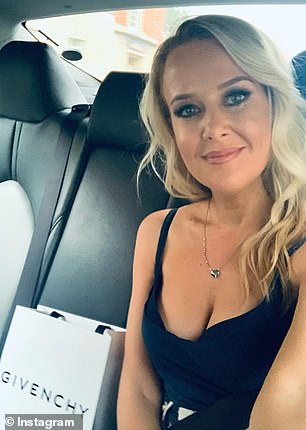 While ‘bad boys’ have historically dominated the dating scene, Jana says ‘good guys’ are now ‘in’ as women search for safety and security in an increasingly uncertain world.

She argues it is human nature to crave the ‘compassion, dedication and kindness’ offered by a trustworthy and reliable partner.

And as the chaos of the pandemic continues, the talk show host believes an increasing number of women will ditch traditional ‘bad boys’ for something entirely different.