Call it the COVID radio yo-yo effect: when lockdown looms, talkback booms. When the threat is gone, we crave a song.

The latest radio survey, the fourth of the year, covers the period April 18 to June 26. The most recent COVID lockdown in Melbourne began on May 27, right in the middle of that survey, but for at least a week beforehand the city feared it was likely. And that creeping sense of dread – and the need to know whether our worst fears would come to pass – appears to have fuelled a surge in listening to the news-led AM radio talkback stations, at the expense of the music-led FM offerings. 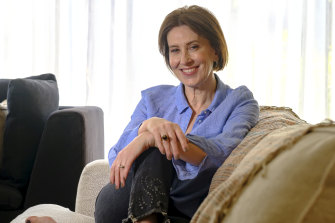 Virginia Trioli was among the big winners in the latest radio survey.Credit:Luis Ascui

The 3AW ratings powerhouse pairing of Ross Stevenson and Russel Howcroft were unmoved with an all-conquering 20.1 per cent share of listeners in breakfast, while Neil Mitchell lifted his morning share by 0.4 points to 18.9 per cent. 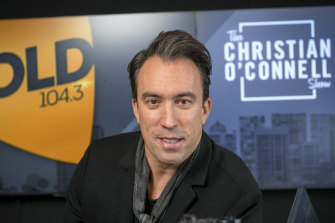 Despite the drop on Gold, Christian O’Connell managed a 0.6 point lift to 8.6 per cent, landing the ninth consecutive win in the FM breakfast slot. His recently published memoir might be called No One Listens to Your Dad’s Show, but the ratings continue to tell a different story.

Across the board, the pattern is becoming familiar. In times of crisis, we turn to news radio. When the crisis passes, we favour the music and comedy offerings of the FM band. With all respect to our friends on AM, Melbourne will surely be hoping the next survey sees the numbers heading the other way.