A RARE Olympic error coin has fetched well over £200 on eBay, and a version could easily be lurking in your change too. 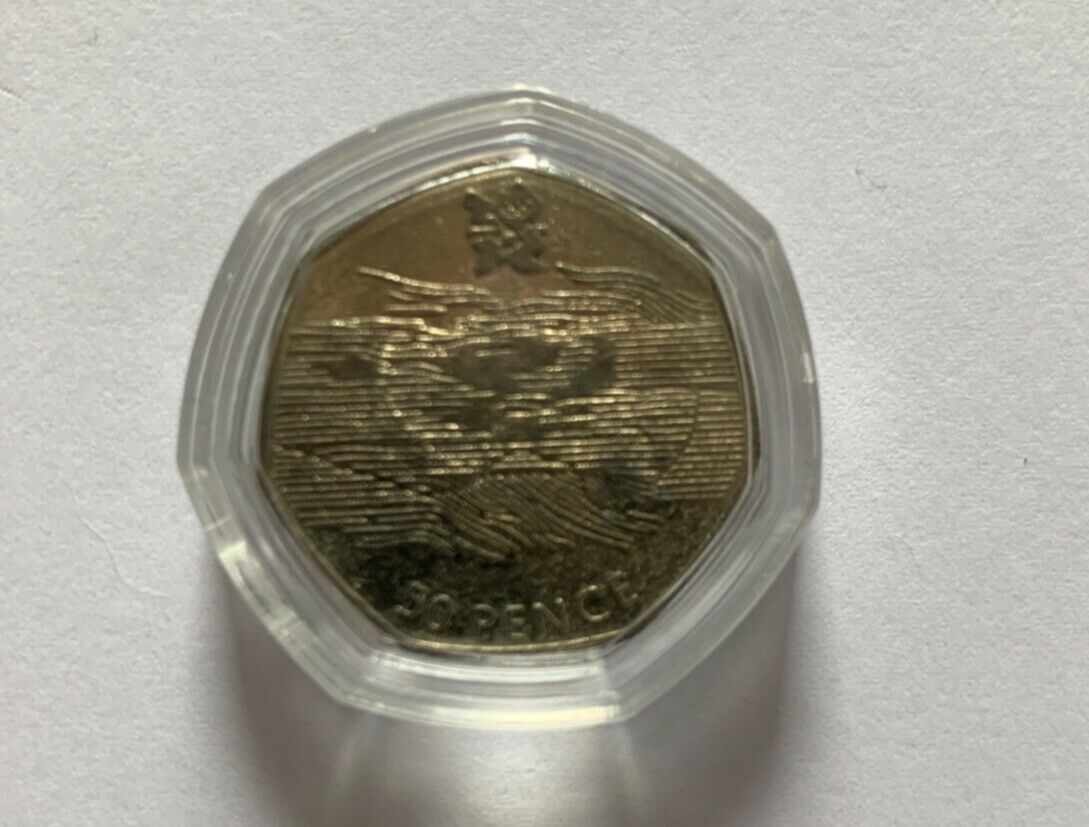 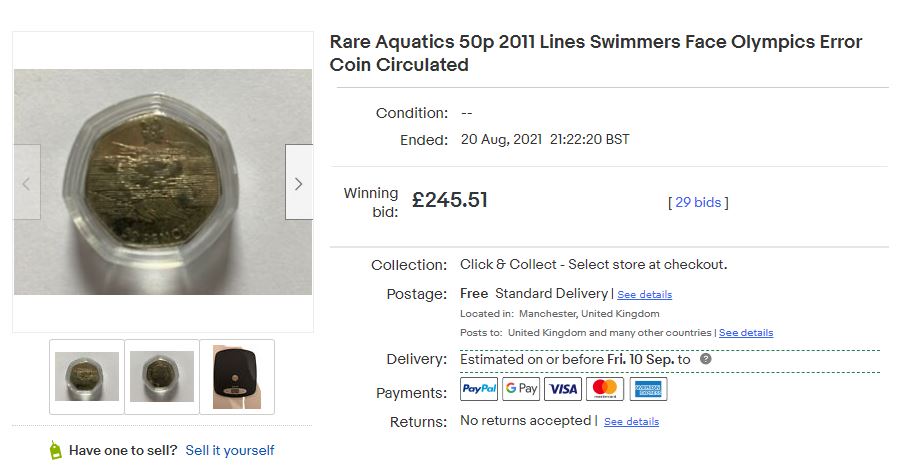 Bidders battled it out on eBay for the coin after the listing kicked off with a starting price of £50, and 29 bids later the 50p was officially snapped up.

The 50p features an image of a swimmer as one of the 29 designs created in 2011 to commemorate the 2012 Olympic games.

But this particular copy has a twist.

The 50p coin in the eBay listing is an early version of the Olympic design, which means it has more lines printed across the swimmers face than the final official copy that was released.

In other words it's an error coin and not accurately printed to the same standard as the official later versions.

Usually error coins will have missing elements, like the rare commemorative WW1 £2 coin spotted recently missing the words "two pounds", or the designed printed may be misaligned.

It happens when something goes wrong in the minting process.

But collectors are willing to pay higher prices to get their hands on one as they are so rare.

Only around 600 of the Olympic Aquatics error coins are thought to be in circulation compared to the over 2,000,000 official versions in circulation.

We're already aware that commemorative coins can sometimes fetch a slightly higher price than their face value (in this case 50p) simply because they look a little different to regular change.

But as an error copy, the coins can sometimes go for a lot more money.

Back in July, another coin with the same error sold for £420, while a similar copy sold for £360 last month too.

But the highest we have spotted this kind of coin going for was £1,000, when the same error found in another coin was auctioned off in March this year.

The eBay listing says the coin has been circulated too, which means at one point in time it might have made its way into your loose change.

If you do find one it could be worth fishing out to try listing on a site like eBay.

Ask the Royal Mint to take a look and see if it's real, as if it can be verified, then you'll be able to up the resale value, declaring that it's officially recognised.

The seller wrote in the description of this particular listing: "I believe this to be one of the Rare GENUINE Swimming with Lines Through Swimmer London Olympics 2011 50p Error Coin."

But they added a line of caution: "Do not buy it unless you believe it’s genuine too."

There are ways you can spot the listings you'll want to avoid as experts warn of coming across fakes all the time.

The number of bids on the listing can help you establish that the coin is the real deal, and something worth bidding on if you're in the market for rare coins yourself.

You can also compare other rare coins on eBay to see how much they have sold for as reference, and check you're not overpaying for a rare error coin.

Plus, online tools from change experts like Coin Hunter are helpful to see how much it could be worth.

The most rare and valuable coins have also been revealed according to ChangeChecker's latest scarcity index, with some fetching well over £300 too.

Remember, if you're selling on eBay then you need to keep in mind that a buyer could pull out as well which means it won't have sold for the price that it says it has.