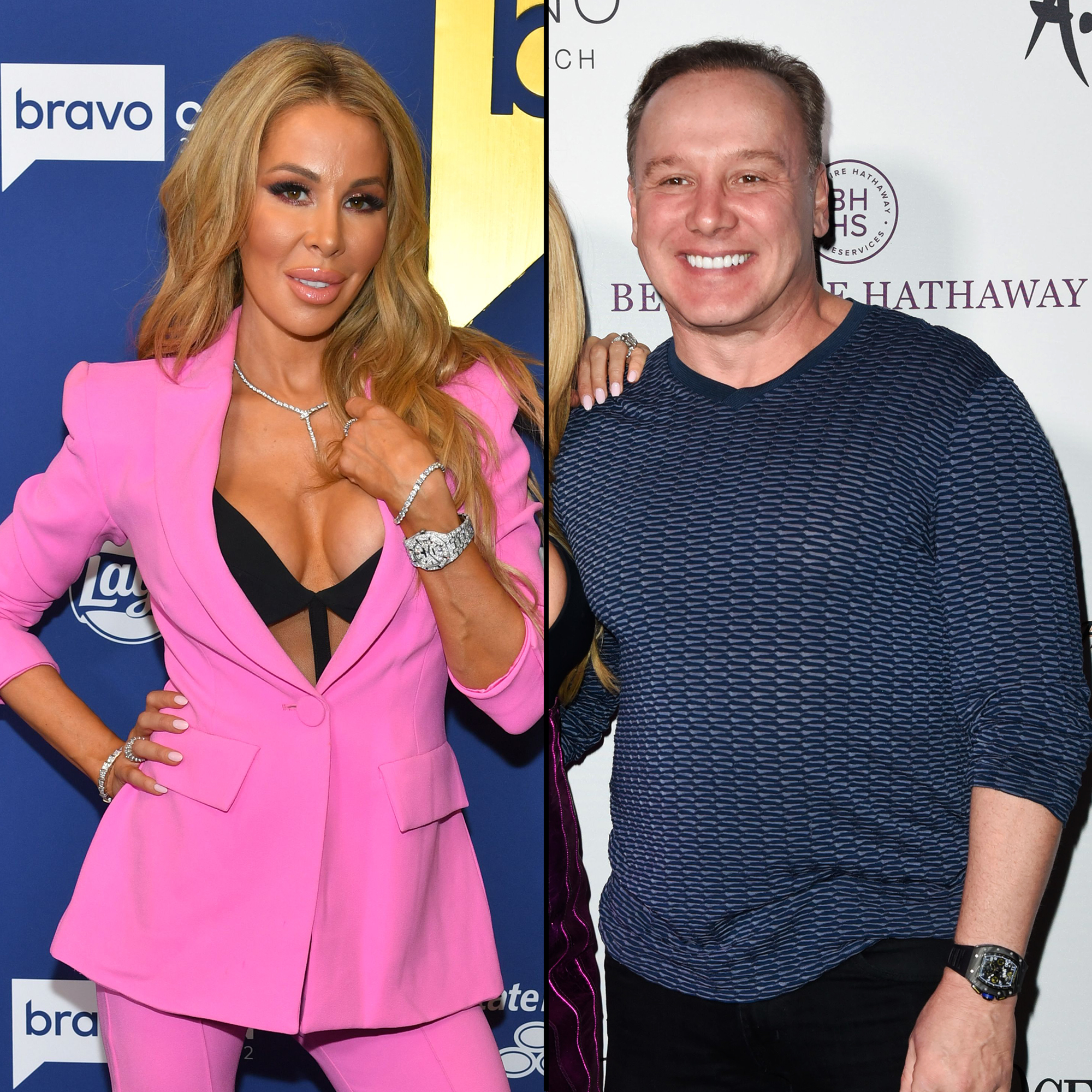 The drama continues. Lisa Hochstein filed a second motion for temporary support from Lenny Hochstein after her access to his credit card was declined.

Earlier this month, the reality star, 40, filed legal paperwork which claimed she tried to “buy diapers and food” for their kids but her payment was rejected, in documents obtained by Us Weekly. Lisa alleged that the plastic surgeon, 56, hasn’t transferred money into his American Express card for several months.

“[Lenny’s] clear strategy now is to force [Lisa] into submission by refusing to provide [Lisa] or minor children with any direct support,” the documents stated. “[Lenny] has the ability to throw lavish parties, but doesn’t have the ability or desire to provide support to [Lisa] and the parties’ two young children?”

The former Bravo personality, who shares son Logan, 7, and daughter Elle, 3, with Lenny, also slammed her estranged husband’s alleged decision to take away her car access. She requested that the court have Lenny maintain the “reasonable financial status quo” in addition to established support and attorneys’ fees.

Lenny, for his part, has yet to respond to Lisa’s court claims. In previous paperwork, the surgeon alleged that Lisa was earning $30,000 per episode of the hit Peacock series.

Viewers have watched the former couple’s relationship unfold on screen after they joined the hit Bravo series in season 2. A major story line was their fertility struggles — which they faced before welcoming their kids via surrogate. At the time, Lisa revealed that the pair went through a brief separation in the past that led to Lenny having an “emotional” affair.

What to Know About ‘The Real Housewives of Miami’ Season 5

“A lot of people had a lot of questions about where we are in our marriage and a lot of the issues were from so long ago, like, eight years ago. So they really aren’t issues in our life right now, but I had to address it because people wanted to know. And I signed up for a reality TV show,” she exclusively told Us in March. “It definitely opened up the old wounds. It’s not something I wanted to talk about, but I knew it was a topic that would come up because some people knew about it. I wanted to talk about it on my terms before somebody kind of, like, just asked me about it in a scene or in a group setting.”

Mention It All! Real Housewives’ Legal Troubles Through the Years

“Lisa and I are getting divorced. A few weeks ago, I denied this because I am trying my best to protect my family during this process. It is true that I am seeing Katharina but none of this happened until after the decision was made to get divorced,” he shared in a statement with Us in May. “This is a very difficult time and I would ask for some privacy so that we can best take care of our children who mean the world to us.”

Lisa weighed in on the major life change, telling Us, “With two young children involved — as a mom, I’m going to focus all of my energy and time on them. I’m blindsided by his behavior and reckless handling of the situation.”