After a wild night in San Diego during the ladies’ currently airing cast trip, Gay emerged with such a hefty shiner on her left eye that it was swollen shut. She also had scratches all down her arms and back.

The Beauty Lab founder, 40, immediately texted Shah, who initially showed concern when she saw Gay’s injuries but quickly agreed to help her friend come up with “a good cover story.”

“I don’t wanna get anyone in trouble, Jen,” Gay said. “So that’s why I need you to help me figure out if someone wants to talk about what really happened last night.” 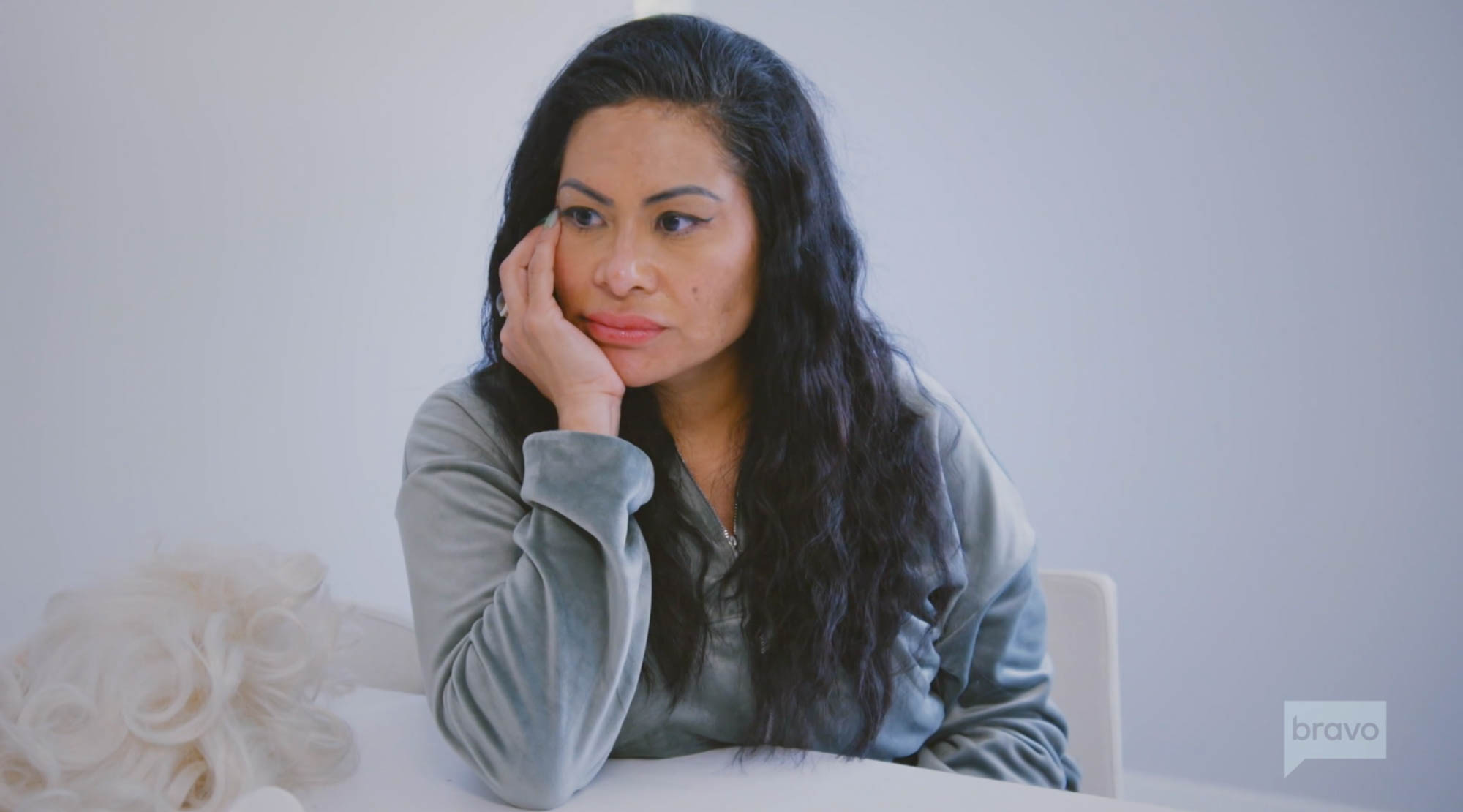 “We’re not sure what happened last night, but we know things got a little rough,” she told her shocked co-stars. “I think we all know what happened, I just think we don’t wanna talk about it.”

Shah, 49, did not engage in any group conversation about the black eye.

Even Gay’s biggest nemeses, Lisa Barlow and Whitney Rose, were genuinely taken aback and worried about the situation.

“You look like somebody clocked you,” Barlow said, prompting Gay to reply, “Well, maybe somebody did, and they don’t wanna talk about it.” 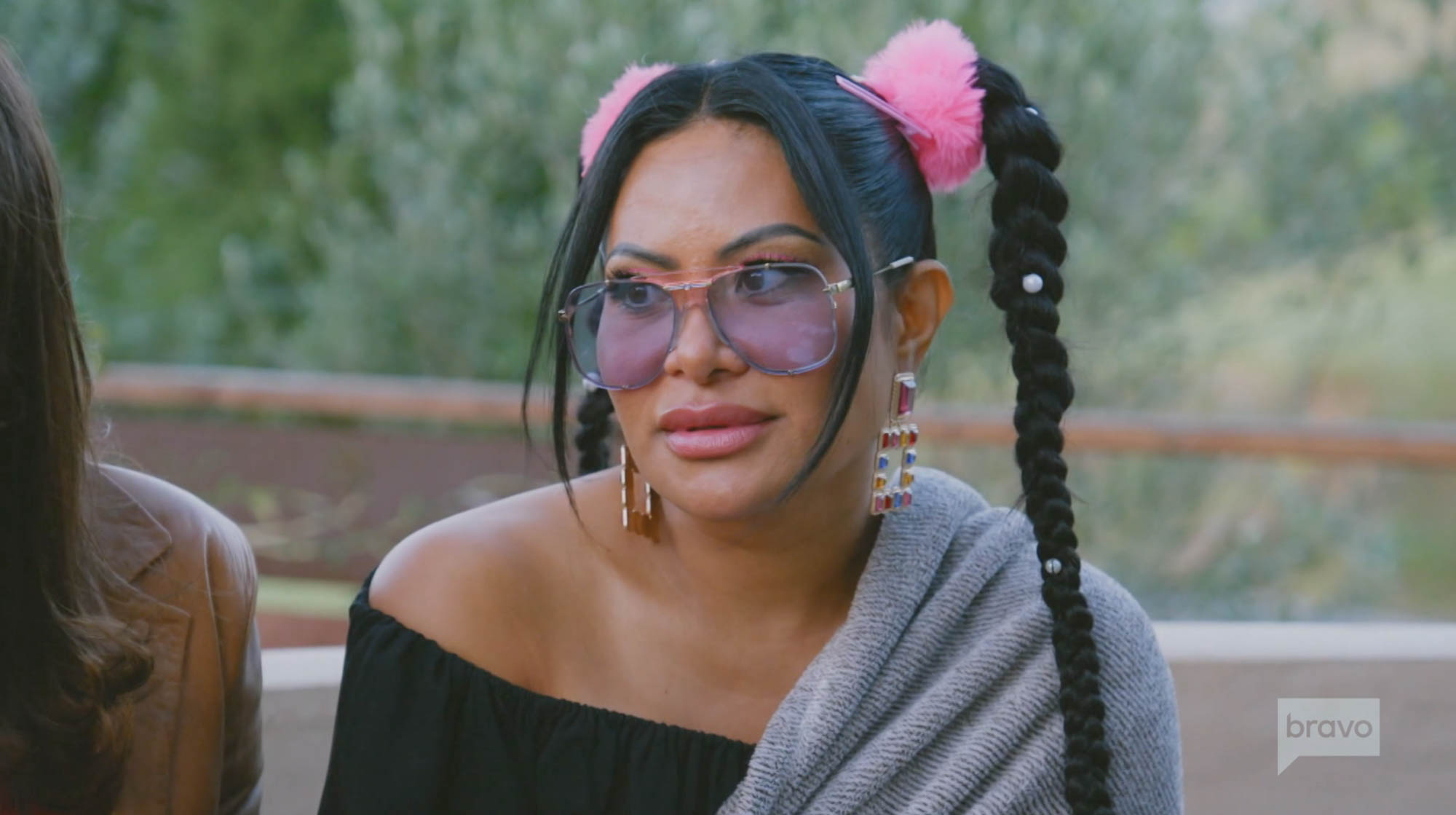 Gay even played coy with seemingly frustrated producers in her confessionals.

“What does it look like?” she said at one point. When asked who she was “trying to protect” by not revealing what happened, Gay replied, “Myself.”

During her own confessional, Rose — who has already staunchly denied attacking Gay — hypothesized, “I would think it was Jen. Like, what if Heather ticked off Jen, and Jen hit her? Does she think this is gonna be bad for her trial?” 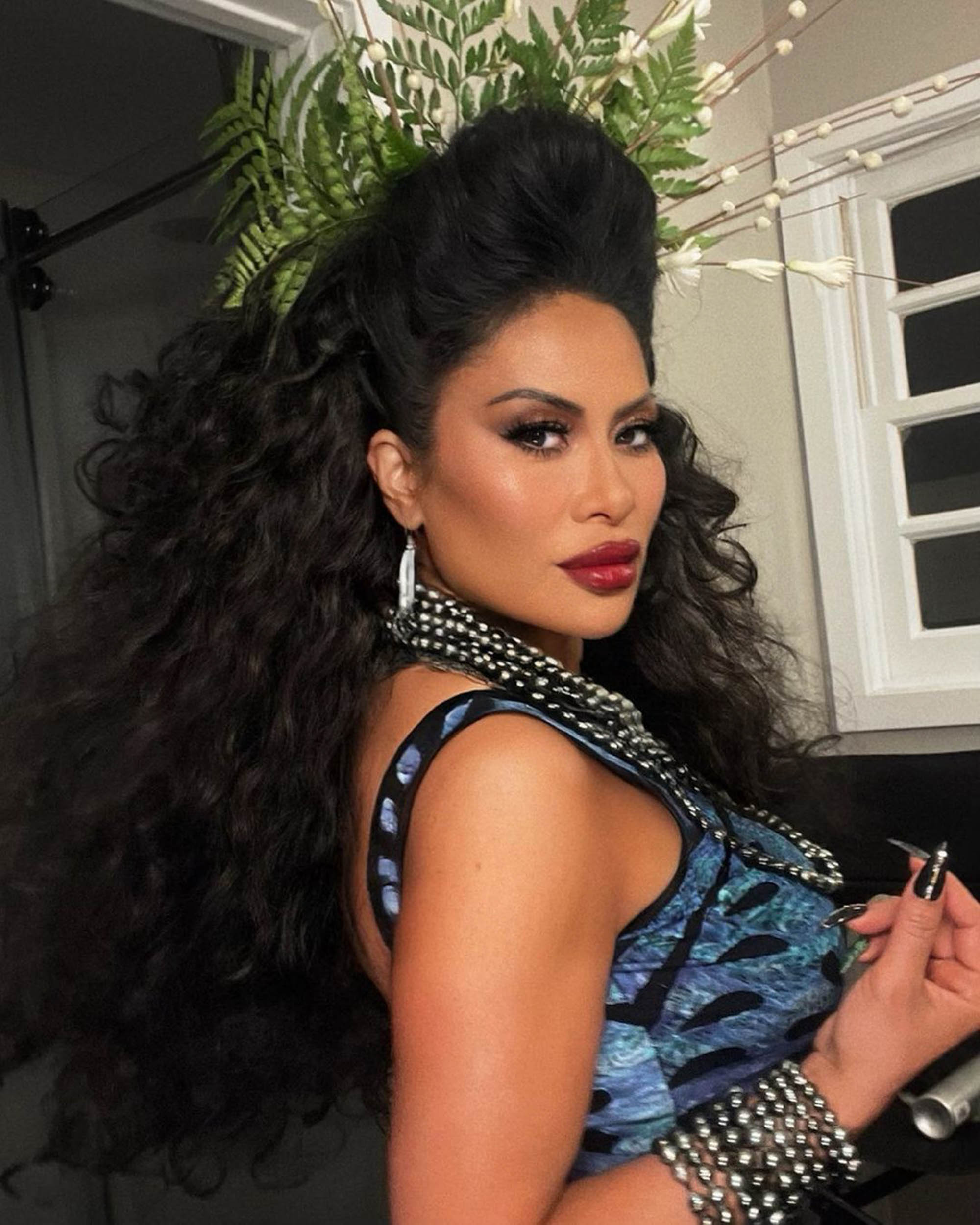 Bravo Instagram fan account @facereality16 predicted, “If we ever find out who caused Heather’s black eye, it will be after Jen’s sentencing…and that’s a big IF.”

“For argument’s sake, let’s say Heather did this to herself somehow,” they went on, “it’s causing FAR more damage to Jen by acting like she doesn’t ‘want to get anyone in trouble’ vs just saying what happened.”

@facereality16 said they’ve heard a “theory” claiming “an injection from Heather’s spa caused this” but that “Heather won’t say bc she wants to protect her brand.”

They argued, “Do you think Jen would put her neck out for Heather’s spa when even the insinuation that Jen could’ve done this could impact her sentence? Jen would throw Beauty Lab under the bus so fast if she knew that to be the cause.”

“Let’s say Jen truly doesn’t know how it happened, don’t you think she’d be asking over and over what happened vs actively working with Heather to make something up?” @facereality16 went on, adding, “Not even mentioning her guilty AF body language.”

Hundreds of Twitter users felt the same, with one arguing that “the only person in this friend group that would physically beat the crap out of her is Jen Shah, and until she unequivocally denies it, then it’s Jen Shah!”

Another person added, “Oohh.. this is giving ‘Heather is covering for Jen Shah vibes’ .. allegedly (just in case) lol the body language, the looks, the need to cover up for ‘someone,’” while someone else claimed, “We all no [sic] it was Jen who clocked her.”

“Heather Gay is the weakest women [sic] to ever grace a housewives series. Literally letting Jen Shah punch her in the face and then refusing to talk about it is WEAK,” someone else remarked.

Others felt producers were purposely “not showing us the footage of the fight,” but Page Six is told that not even the crew knows what happened.

Reps for Bravo told us they had no comment.