“Real Housewives of Salt Lake City” star Jen Shah has been sentenced to six-and-a-half years, or 78 months, in prison for wire fraud.

“Jen Shah’s role on the ‘Real Housewives of Salt Lake City,’ which I guess is why the courtroom is so full today, is just that, a role,” Judge Stein said in the courtroom on Friday, per the Inner City Press.

“People should not confuse the character she plays on an entertainment show to the person before me.”

Judge Stein also noted several times that Shah was a “leader” of her conspiracy, which was likely a factor that was considered when deciding the length of her sentence.

Assistant US Attorney Robert Sobelman, who represented the federal government, added, “Every cooperator told us, Jen Shah is the boss. They all knew who she was,” according to Inner City Press.

Shah’s attorney Priya Chaudhry said ahead of the sentencing that her client “regrets the mistakes she has made. She is sorry. She had faith in our justice system. Jen will pay her debt to society,” the Inner City Press also reported.

However, Sobelman rebuffed, “There is not one message from her that expresses any type of remorse, not one. The defense hasn’t submitted any. That’s not how she felt even when she pled guilty.” 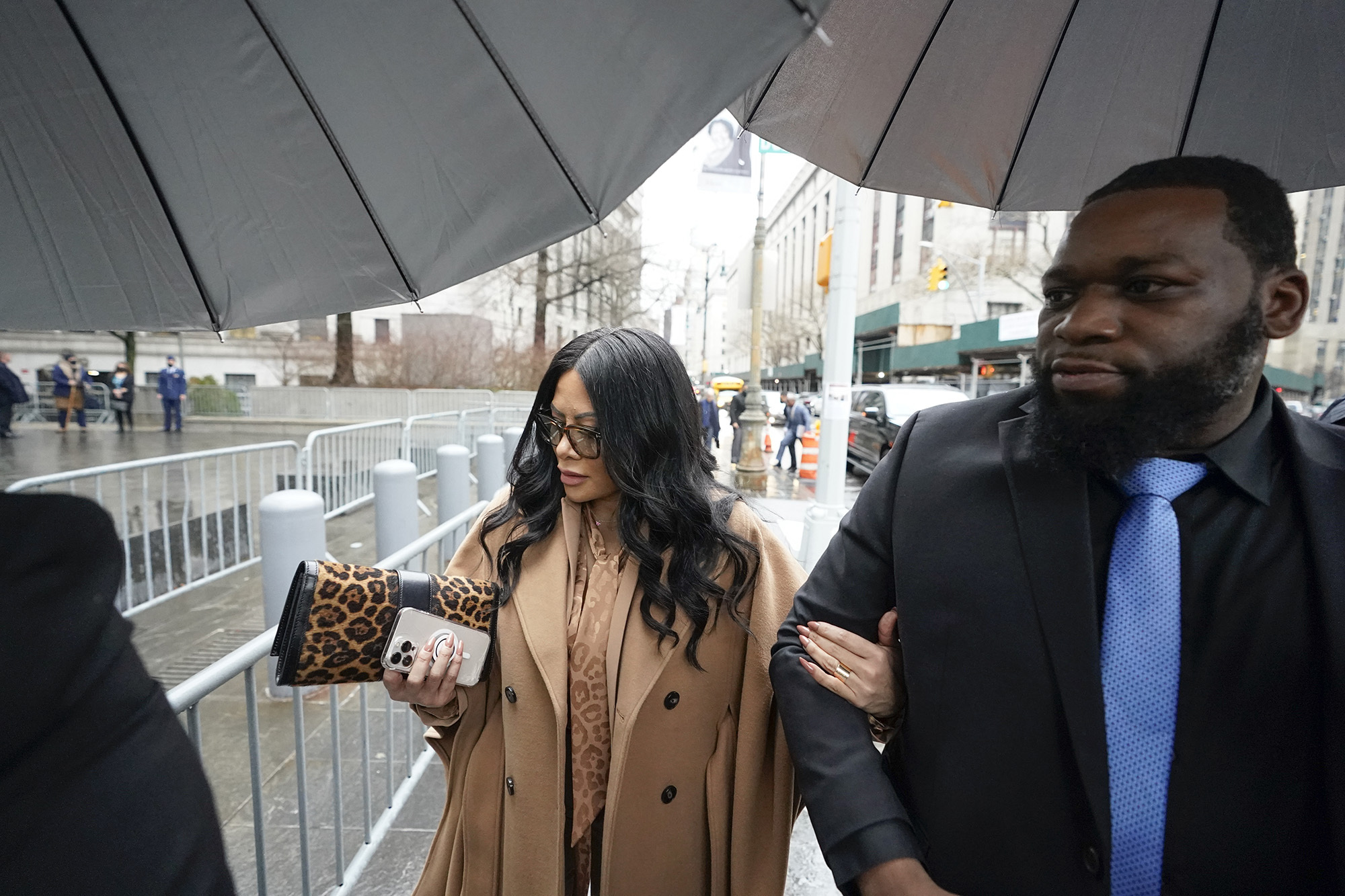 Shah, 49, pleaded guilty in July in connection with a telemarketing scheme, in which she allegedly scammed thousands of people out of money, mainly targeting the elderly.

Earlier on Friday morning, federal prosecutors requested 10 years in prison for the fallen reality star in their sentencing submission, noting, “Victims were defrauded over and over again until they had nothing left.”

“[Shah] and her co-conspirators persisted in their conduct until the victims’ bank accounts were empty, their credit cards were at their limits, and there was nothing more to take,” they wrote.

The reality star arrived at the Manhattan court, wearing a camel-colored outfit and leopard-print bag. Inside the courtroom, she was accompanied by her husband, Sharrieff Shah Sr., and her two sons.

Jen’s attorneys said Friday morning they were seeking a three-year term, which is much less than the already-reduced sentence of up to 14 years behind bars that they had initially requested as part of her plea deal in December. 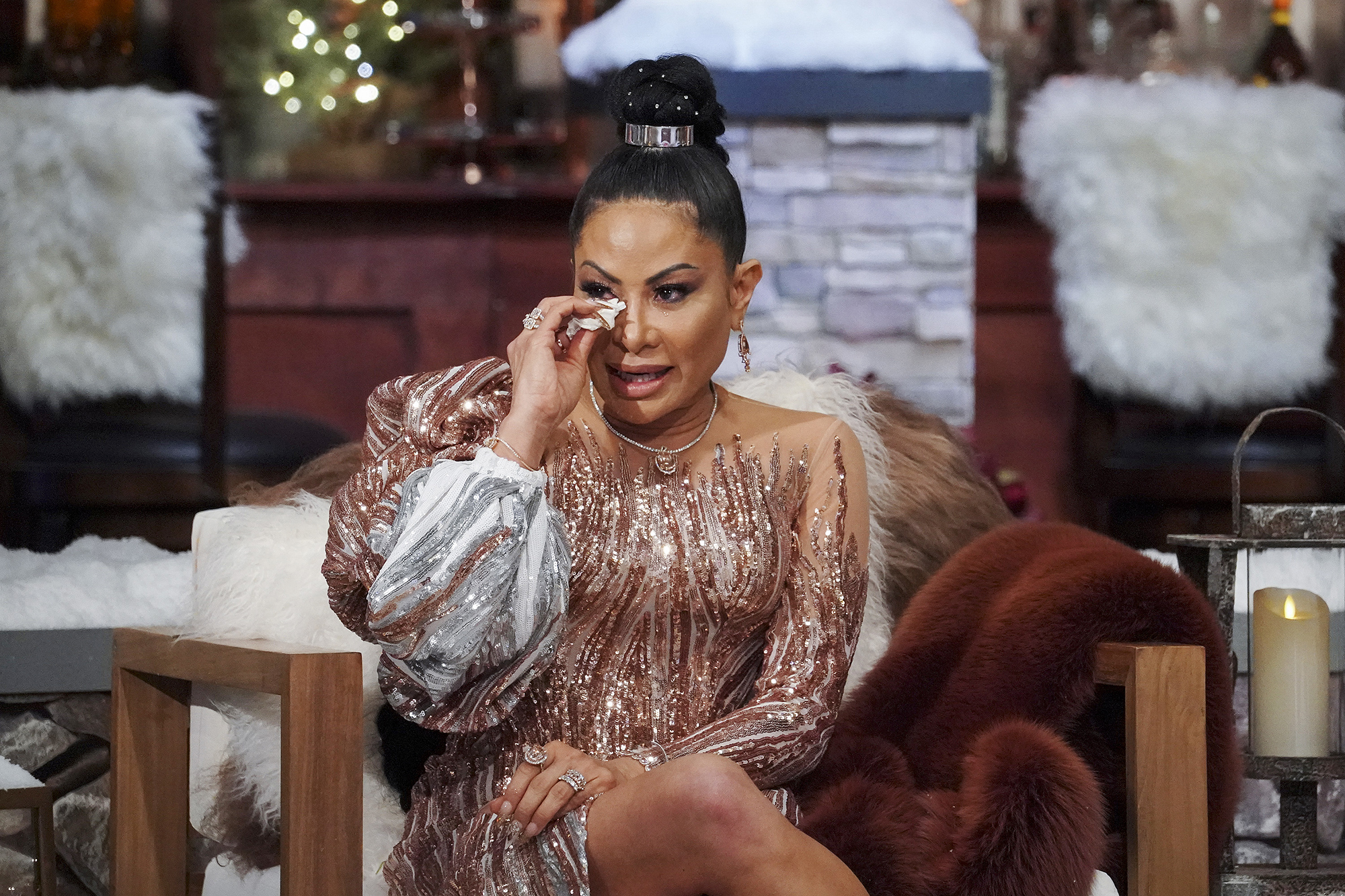 “We submit that such a sentence is just and fair because it takes into account Ms. Shah’s history and characteristics, the facts and circumstances of the offense, and meets that a court impose a sentence that is ‘not greater than necessary’ to achieve the goals of punishment,” Chaudhry, her lawyer, had previously argued.

Jen’s legal team also noted at the time that their client allegedly had no “direct contact” with the victims and that her “history and characteristics” align with shorter sentencing.

Sharrieff Sr. was also one of several close family members and friends who wrote letters to the judge, requesting a more lenient sentence.

The former attorney and college basketball coach pointed out his wife’s clean criminal history as a viable reason for leniency. 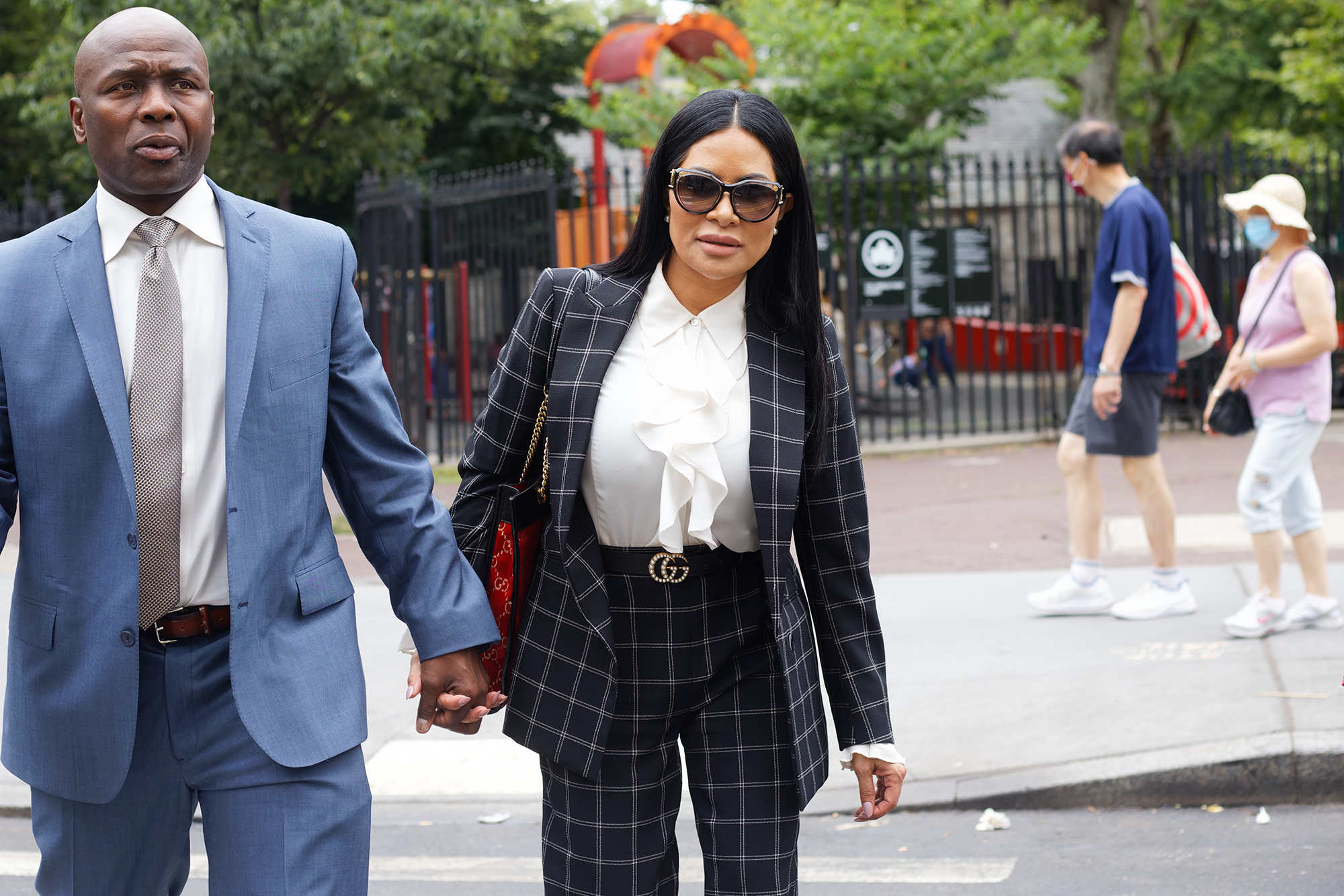 Jen’s sentencing was initially supposed to take place on Nov. 18, 2022, but it was moved to Dec. 15, 2022, due to a “scheduling conflict on the part of several members of the Government team.”

However, the “RHOSLC” star was then able to buy even more time by having the sentencing pushed back until after the holidays thanks to an approved request from her attorney.

Jen’s case has caught the attention of Bravo and reality TV fans ever since the feds arrested her on March 30, 2021 — while filming her show. 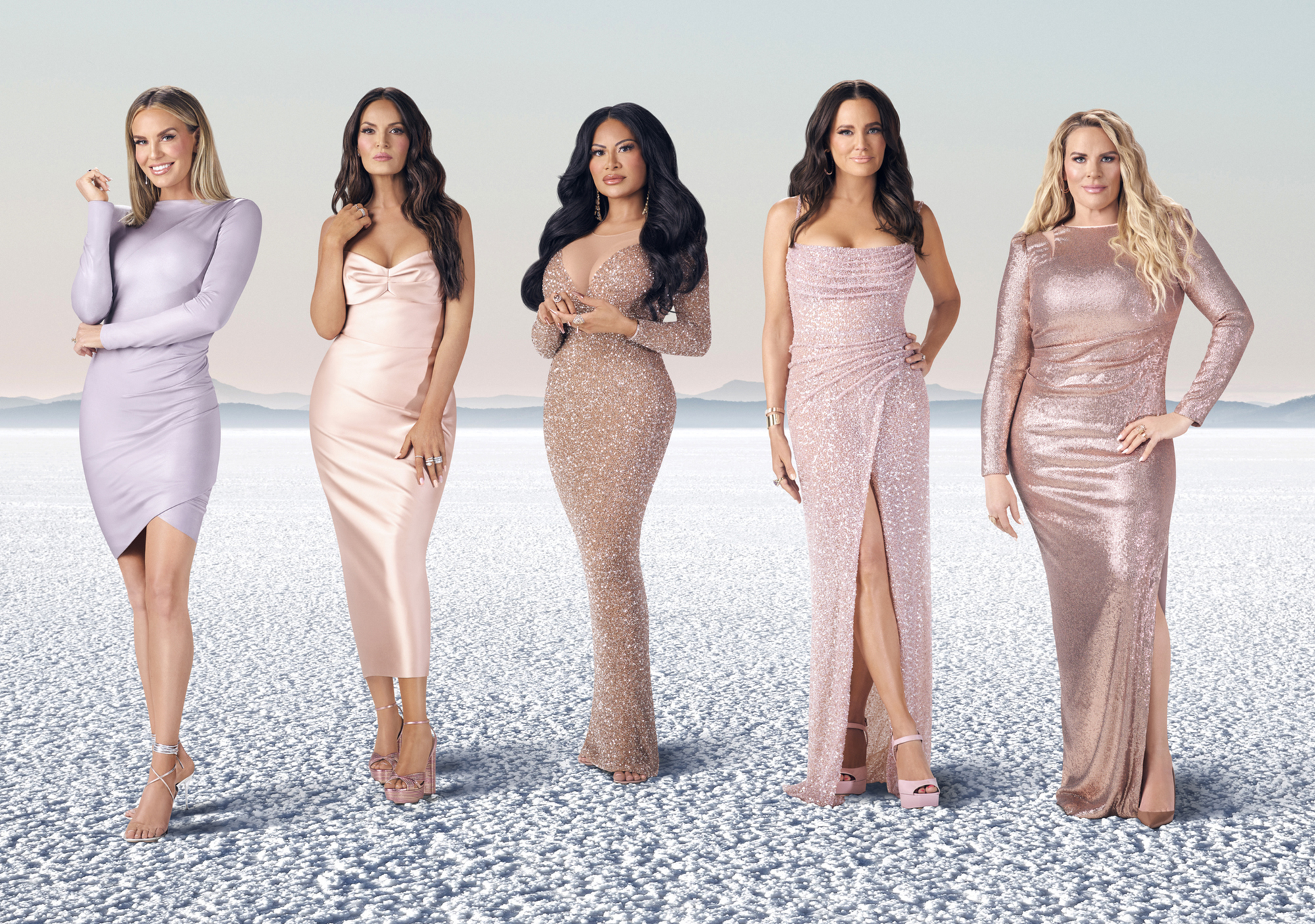 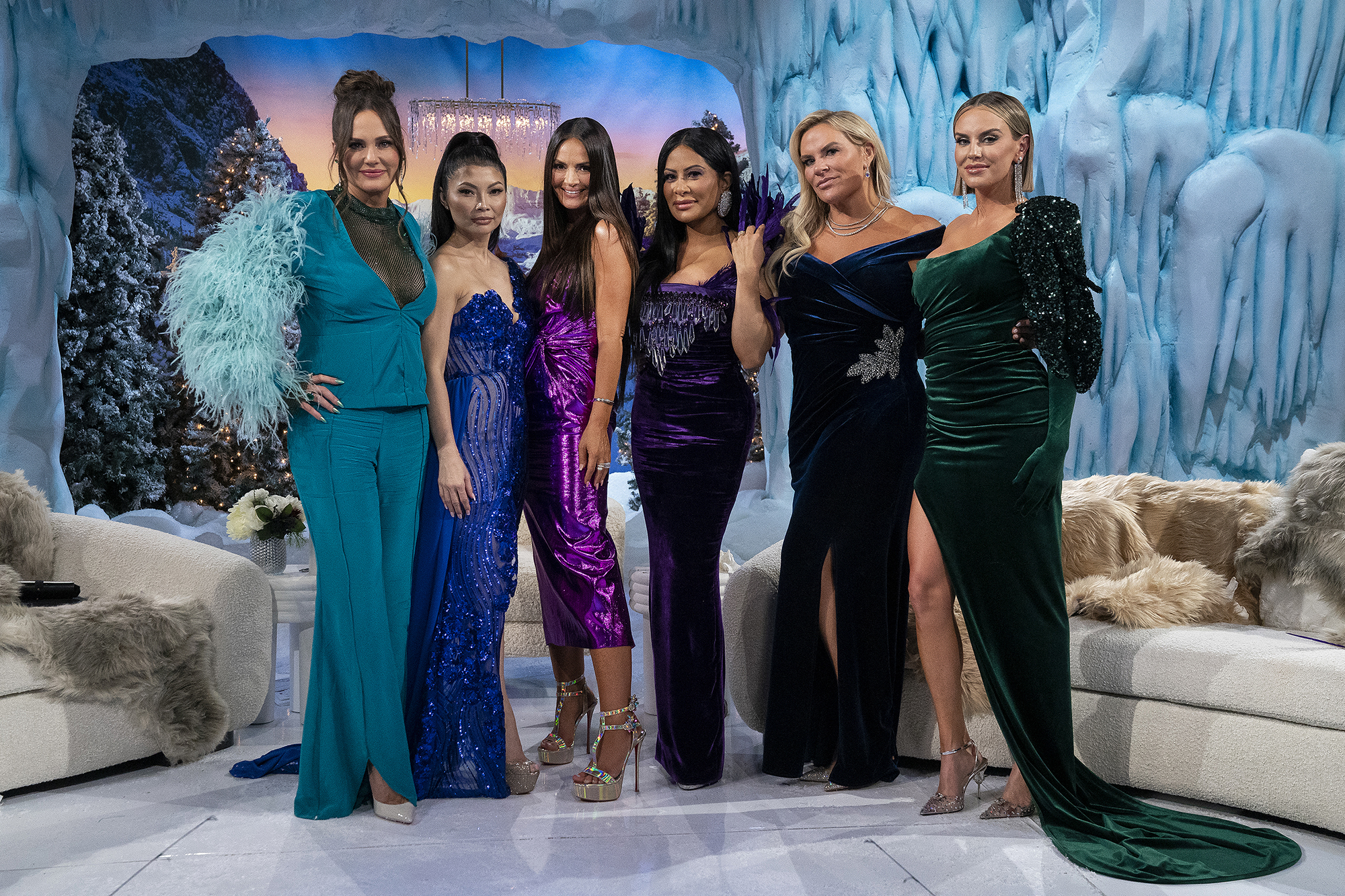 The disgraced TV personality claimed for months that she was going to “fight” the case because she was “innocent,” but then ultimately conceded to a guilty plea.

Page Six has reached out to Jen’s reps for comment on her sentencing.

Earlier on Friday, the “RHOSLC” star spoke in front of the judge and stated that “reality TV has nothing to do with reality” and that she is “sorry” that her actions have “hurt innocent people.”

She added, “I want to apologize by saying, I am doing all I can to earn the funds to pay restitution” and blamed her “longstanding untreated mental issues caused me to create my own fractured reality.”