Merry Mayhem, indeed! Audrey Liddell had a lot of ups and downs, with most problems stemming from falling for her college roommate’s ex-boyfriend, Pacey Witter. In Dawson’s Creek’s 2002 Christmas episode, Audrey gets drunk at dinner and crashes his new car into Dawson’s house — which Busy Philipps remembers all too well.

‘Dawson’s Creek’ Cast: Where Are They Now?

“Audrey really hit rock bottom there!” the Girls5eva actress, 42, exclusively told Us Weekly while promoting her holiday collection with Amazon Handmade. “This is such a bizarro memory. When I leave the house and I’m going drunk to the car, we filmed in North Carolina. It was not snowing. There was some real fake snow that they had put down, but you know, piles and piles of snow is expensive. So there was a lot of batting. Batting is, like, what you would use in quilting. You put it in between two pieces of cotton and then you quilt on top of it. So it’s white, fluffy cotton kind of, but it’s woven. … But it’s essentially — the inside of a quilt is batting. It was late and I just sort of was unprepared.” 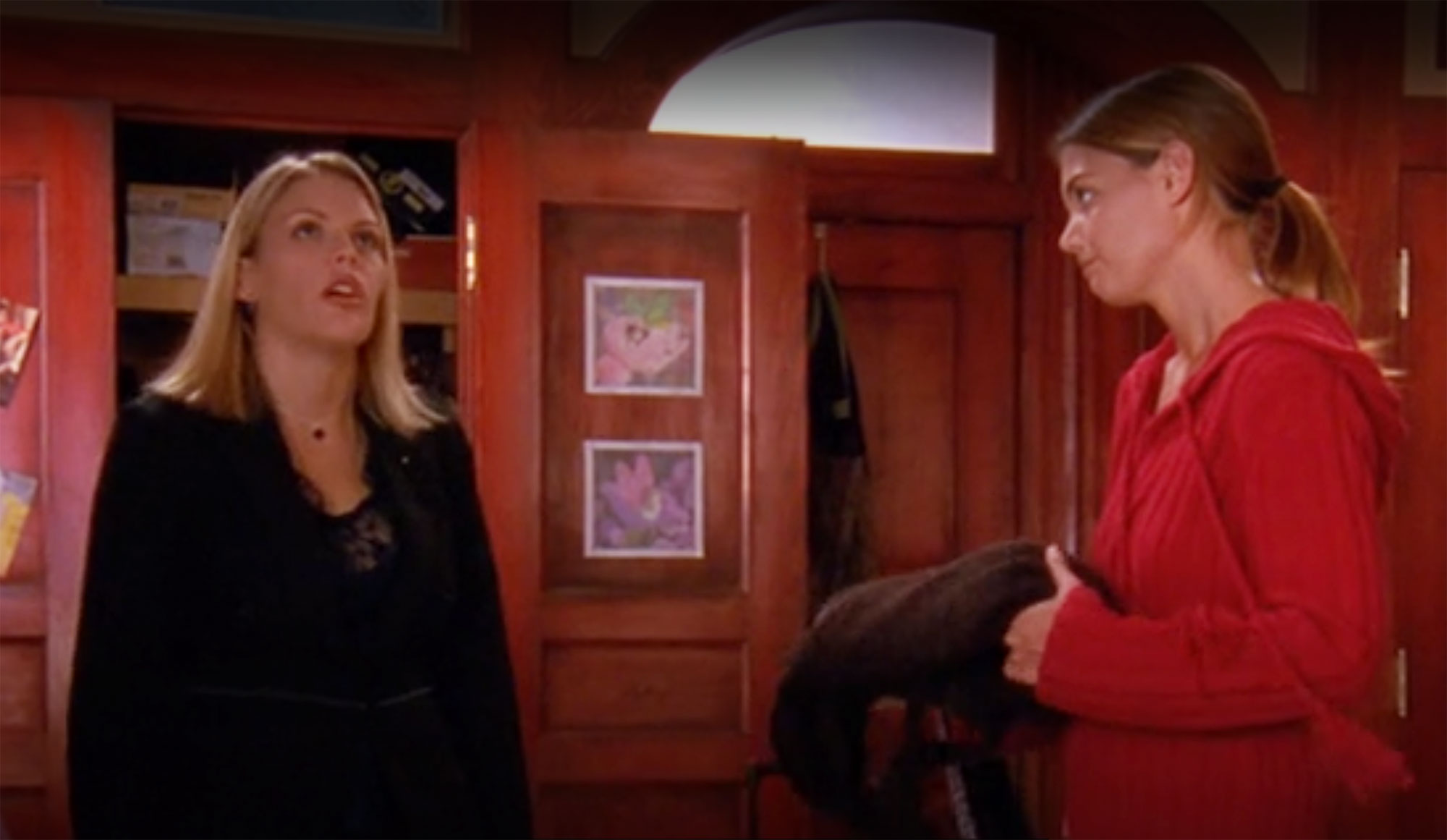 Due to Audrey’s footwear and soft ground, Philipps took a tumble during one take. “My biggest fear always is falling down, because I fall down a lot and, like, not in a cute way, like in a giant huge splat,” she noted. “But I wasn’t prepared for the batting and the heels that I was wearing got immediately caught and I just tumbled to the ground and then I didn’t keep going. I was like, ‘Ugh!’ I got up and went back and the director came over and was like, ‘That was a great take! I thought you did that on purpose!’ I was like, ‘Sorry, I’ll go back. I’ll do it again.’”

The shot ultimately wasn’t used, but the season 6 scene has stayed with Philipps over the years. “The director was like, ‘That was a great take.’ And I really, I truly feel like that was a huge acting lesson for me in that moment,” she explained to Us. “I was still a pretty young little baby actor at the time. When you’re doing something like that and something happens unexpectedly, like, don’t be the one [to stop]. Just keep going. You’ve got to keep going. Just keep going. Because it might be great.” 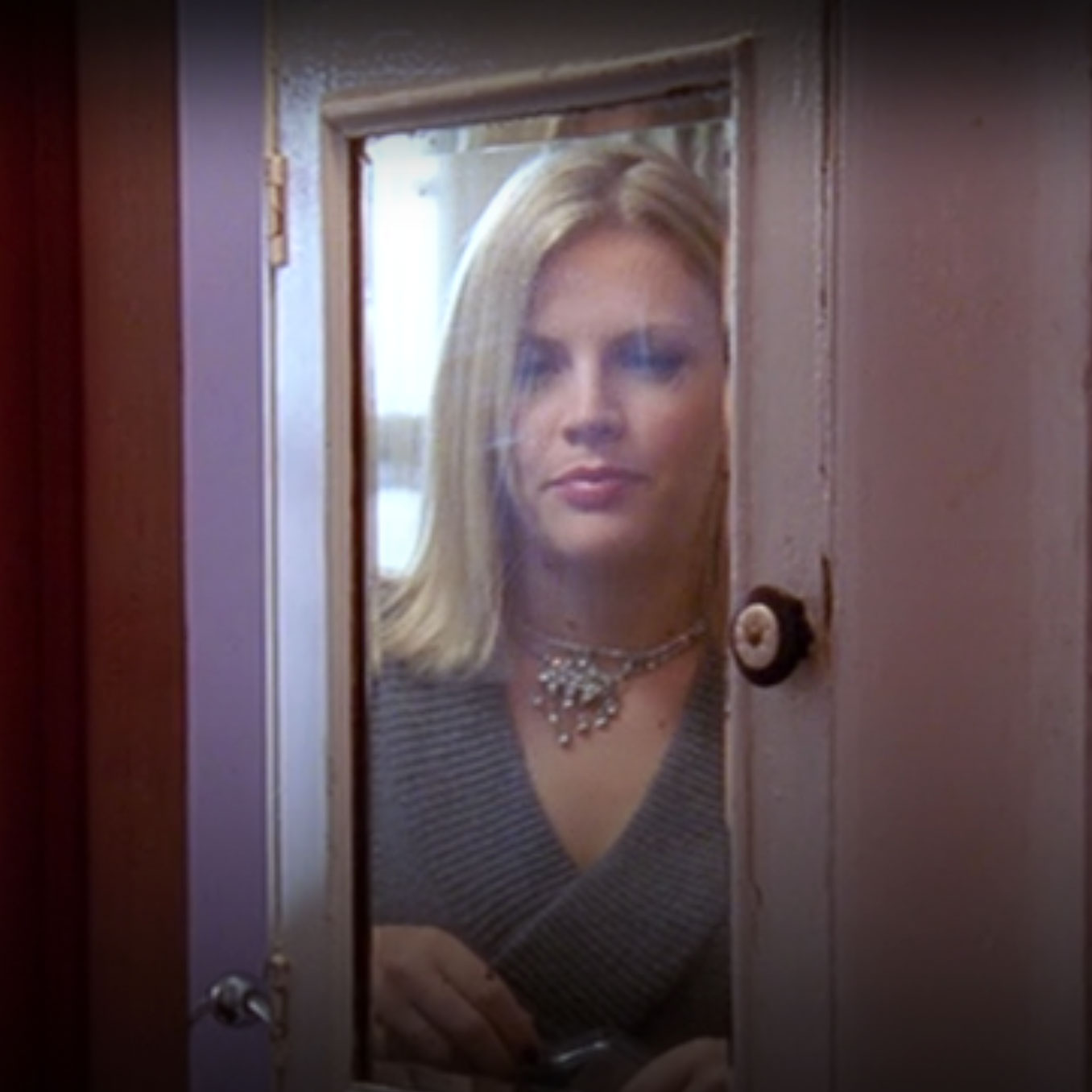 ‘He’s Just Not That Into You’ Cast: Where Are They Now?

Pacey went on to take the blame for crashing the vehicle, but the situation didn’t help his relationship with Audrey. Before storming off, Audrey went off on Pacey at the dinner table.

“Anyone messes with the one that got away and you get all up on your high horse,” she told Pacey in front of Joey (Katie Holmes), Dawson (James Van Der Beek), Jen (Michelle Williams) and more. “As for you Pacey, I am really sorry that Audrey Hepburn next to you broke your heart all those years ago and it’s prevented you from ever fully committing to an adult relationship, but you know what, just grow up. Merry Christmas scum suckers, peace out!”

Philipps joined the series, which aired from 1998 to 2003, in season 4. Although she never ended up with Jackson’s Pacey, she did leave Capeside with a best friend — Williams, 41.

“We see each other a lot now because we live in the same state, which is so nice and has been many, many years since we’ve lived in the same place! It’s so great. It’s so crazy. But yeah, we’re going to get together a little bit and I’m excited,” Philipps said of her holiday plans on the east coast. “I think that a lot of what it takes when you get older and you’re an adult and you have different things required of you different responsibilities and making sure that you’re still able to find time and make time for one another, which, you know, I’m really lucky that Michelle has always been able to do that for me. And I’ve always done my best to do that for her. And several of my other good friends. Just for me, showing up for your friends in the big moments is easy. But you have to also make it a point to show up in the small moments as well.”

Philipps and her husband, Marc Silverstein, are parents of Cricket, 13, and Birdie, 8. Williams, for her part, welcomed daughter Matilda, now 16, with Heath Ledger, three years before the actor’s death. Us broke the news in June 2020 that she and her husband, Hamilton director Thomas Kail, welcomed a child.