A NEW £5 coin celebrating a centuries-old ritual that takes place at the Tower of London every evening has been launched – and it could be worth six times its face value.

The "Ceremony of the Keys" coin is part of coin maker the Royal Mint's Tower of London collection. 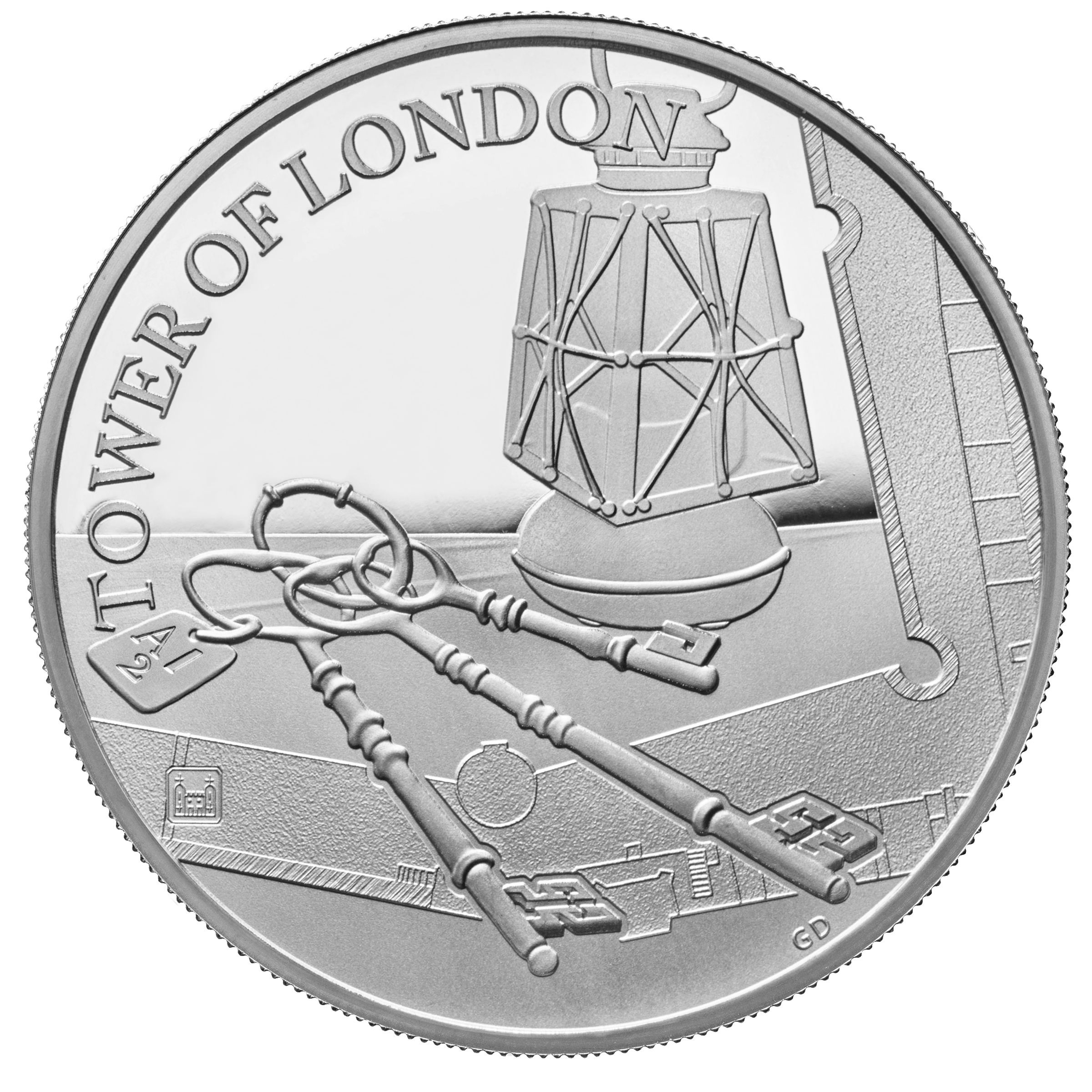 It depicts the Queen's keys and a lantern to commemorate the traditional "locking up" of the Tower of London, which houses the Crown Jewels among other objects.

But the coin isn't going into general circulation, so you'll have to buy it from the Royal Mint if you want to get your hands on it.

The cheapest version is the brilliant circulated £5, which will set you back £13 – although it comes with a presentation folder and a booklet on the history behind the  Ceremony of the Keys tradition.

What is the Ceremony of the Keys?

THE Ceremony of the Keys is a ritual that has taken place every night at the Tower of London since 1340.

At 9.53pm each night the chief yeoman warder, dressed in his red watch coat and Tudor bonnet, emerges from the Byward Tower carrying a lantern and the Queen's Keys.

He makes his way to the archway of the Bloody Tower where an escort of soldiers from the military garrison awaits him.

They proceed to the outer gates of the Tower where the chief and the Tower's watchman secure the outer and inner gates.

As the clock strikes 10pm, the chief takes two steps forward, raises his bonnet into the air and says: "God preserve Queen Elizabeth."

The guard answers: "Amen" and the Last Post is played on a bugle.

The keys are then returned to the Queen's House and the guard is dismissed as the Tower is secure for the evening.

These range in price from £82.50 for the silver proof to an eye-watering £8,645 for the five-ounce gold proof coin.

It's hard to know exactly how much these coins could be worth secondhand to collectors, but even commemorative coins can be sold on for a lot more than their face value.

Some have gone for up to six times their face value.

For example, an uncirculated version of The Gruffalo 50p, which cost £10 to buy, sold on eBay recently for £25 attracting four bids.

While an uncirculated version of the commemorative The Snowman 50p, which cost £3.99 to buy from the Royal Mint, recently sold on eBay for £29 attracting 16 bids. 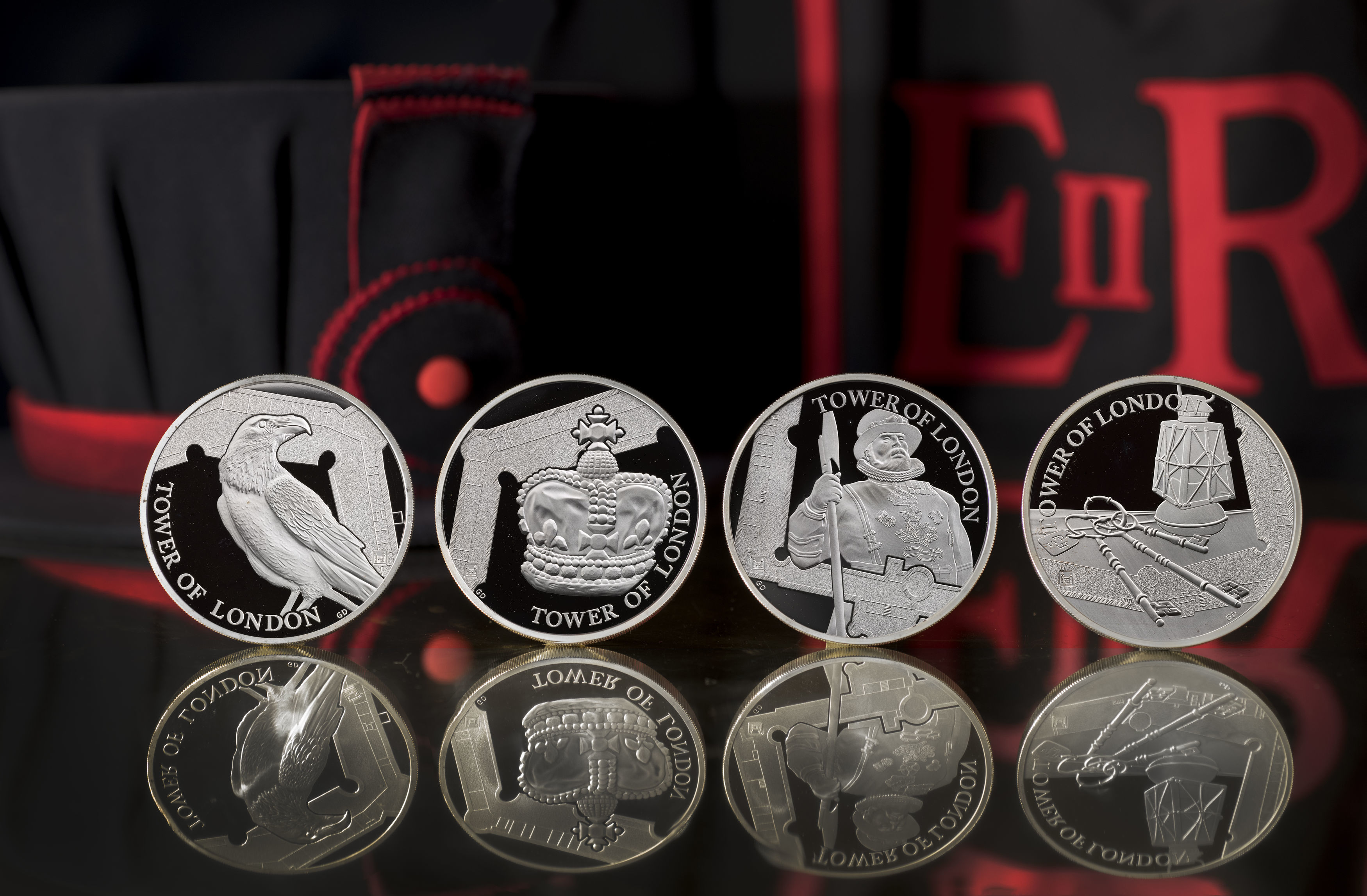 Some circulated coins have gone even more though, with a Peter Rabbit 50p coin featuring the bunny nibbling on carrots, being sold on eBay for £920 and picking up nine bids.

Other coins in the new Tower of London series include one depicting the Crown Jewels, one featuring a yeoman, and another with a black crow on it.

These also all start from £13.

Nicola Howell, director of consumer business at the Royal Mint, said: "The coin's design features the keys and lamp to represent the symbolic and practical elements of the ceremony as well as also featuring a special Tower mint mark that represents the relationship between the Tower of London and the Royal Mint."

What are the different types of coin?

THESE are the coins you can see from the Royal Mint:

Earlier this year, a new £5 coin was launched to celebrate the 200th anniversary of Queen Victoria’s birth – prices also started from £13.

A commemorative 50p coin featuring Peter Rabbit with his handkerchief also went on sale earlier this year with prices starting from £10.