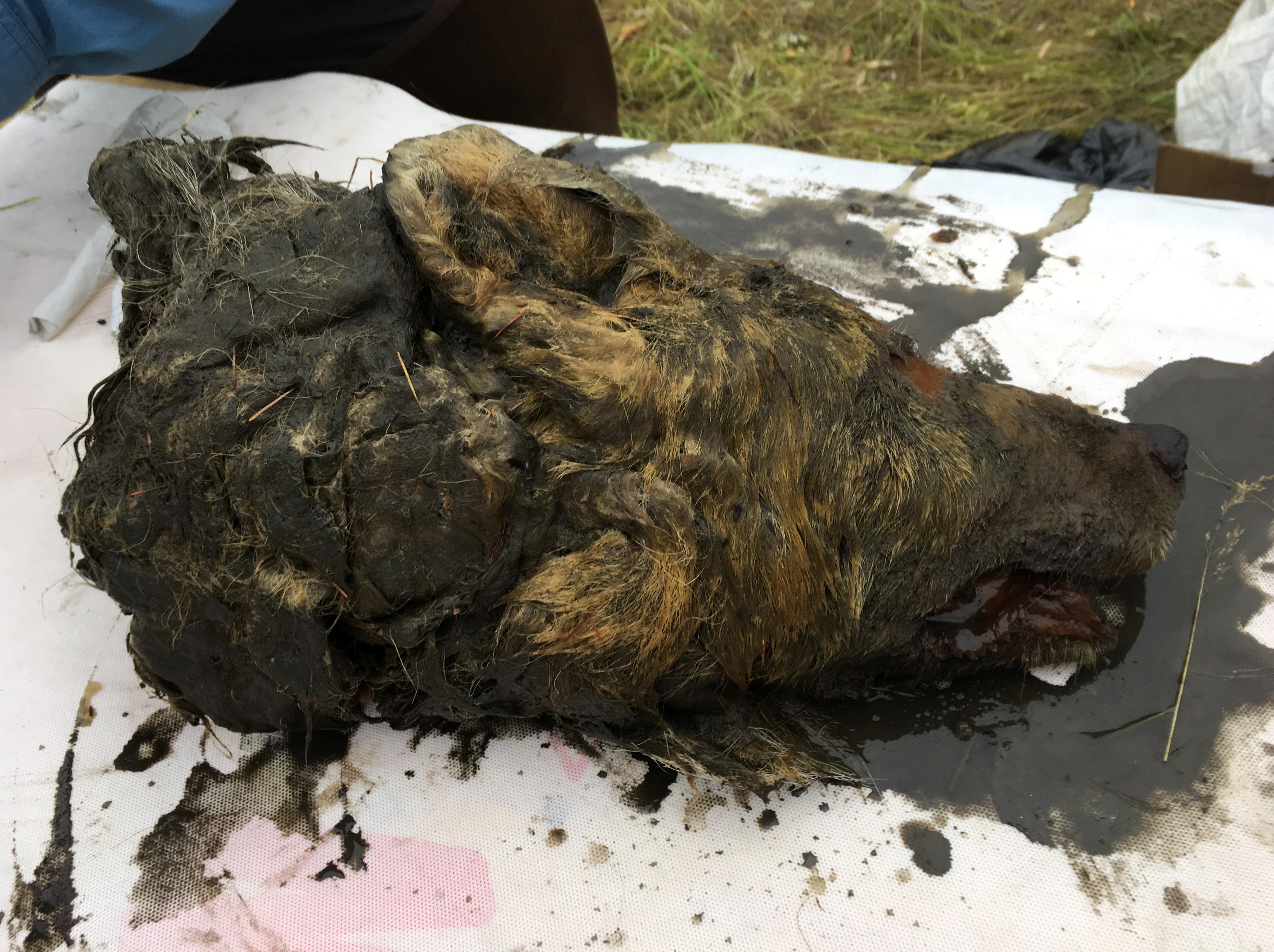 MOSCOW (Reuters) – About 40,000 years ago, a wolf died in what we know as Siberia. Now its severed head has been found, and because of the freezing conditions, it is so well preserved that its fur, teeth, brain and facial tissue are largely intact.

A Yakutia resident, Pavel Yefimov, found the head last summer on the banks of the Tirekhtyakh river, close to the Arctic Circle in the region of Yakutia, local media outlet the Siberian Times reported.

The head was handed over to the Science Academy of Yakutia. They sent samples and measurement data abroad and with help from colleagues in Japan and Sweden determined its age as approximately 40,000 years, the Siberian Times reported.

The head was shown in public this week in footage provided to Reuters TV by the academy. It shows the head of an animal, visibly bigger than that of a modern wolf, covered with fur and with teeth visible. Its eyes are missing.

The next step in the wolf’s journey is to undergo a procedure called plastination, a technique of replacing water and fat with plastics. That prevents decay and preserves tissue for scientific purposes.

“This is a fixation by chemical means, so that the fur would not come off and so that we could keep it (the head) unfrozen,” Valery Plotnikov, one of academy scientists, said in the footage.