Ryan Hurd is stepping into a new ‘wave’ of music & spoke to HL about what is coming up next ahead of his Aug. 27th drop.

They say Nashville is a 10-year town, and after almost ten years of writing, recording and hustling, Ryan Hurd has cemented himself as a recording artist in country music. The Chicago native’s single “Chasing After You” peaked at number 7 on country radio and helped the singer land his first award show performance alongside his wife, Maren Morris, at the 56th ACM Awards in April. (“If that never happens again, that’s fine, I’m just really proud of the way it went,” Ryan said of that powerful moment on stage). Flash forward to today, the “To A T” singer feels that he has found his stride within the industry and has continued to build on his “creative partnership” with the love of his life. 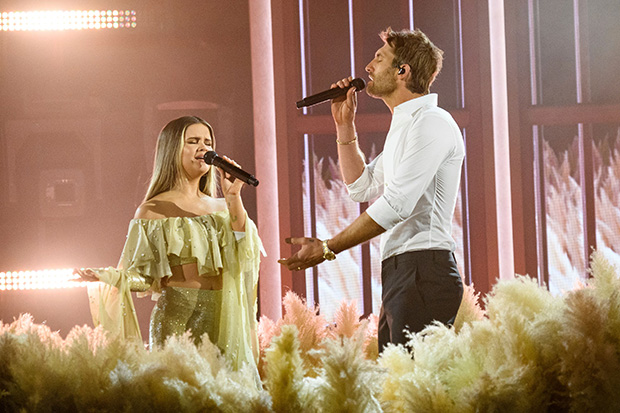 “It’s amazing how much music we’ve made in the last year and a half. The album that she’s working on, everything I’m working on, all of it has co-writes, and she’s singing on a lot of my stuff, and I’m singing on her album. Then we have a couple of outside songs that have gotten recorded by other people, and I think that’s kind of kind of what we imagined things would look like creatively if we didn’t get married,” Ryan admitted in an exclusive interview with HollywoodLife.com. “It has been cool to get to do both things and have a really fun and strong marriage and at the same time have a creative partnership.”

Prior to “Chasing After You,” the couple, who met as up and coming artists working together, purposely kept their careers separate. “I think it was mostly about timing. When we did do some sort of official project together, we didn’t want it to be just something that was stuck on an album, I think we really wanted it to count,” Ryan explained. “That’s really difficult to do when you have multiple tour schedules and multiple single cycles and album cycles. Then, we both ended up with this wide open space without really a clear idea of what was next.” 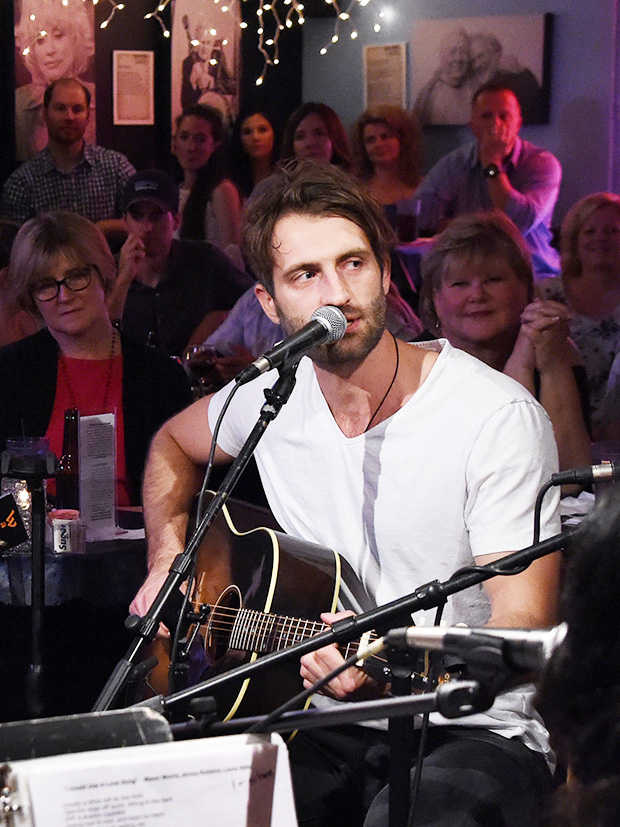 In addition to new music, Ryan and Maren became first-time parents last year to their now 1.5 year old Hayes. While Ryan says Maren has “written some songs from the parenthood perspective,” the “Every Other Memory” singer admitted that he “can’t stop writing about the water.” His most recent songwriting credit is Luke Bryan’s top-charting single, “Waves,” and the country crooner said there’s more where that came from.

“A lot of these pictures in my mind when I’m writing about water or writing about summertime are very northern, because I grew up in Kalamazoo, Michigan and spent the summers on a lake,” Ryan explained. “That, to me, is what’s encompassed in ‘Sunrise, Sunburn, Sunset,’ and then ‘Waves’ feels like a more Nashville 30A experience.”

However, the Midwesterner revealed he brings both of those vibes together in his latest release, “Coast.” “It feels like my end all, be all beach song,” Ryan said. “I got more of them coming. I can’t stop writing about water, but but I am really excited about this one. I just think it already hits hard.”

Ryan has new a release dropping Aug. 27th, so be sure to check his social media for details!