SARAH VINE: Status and power can make women lose their morals, too

Nasty business, the Jeffrey Epstein scandal. It’s not just the names involved, from Prince Andrew to Donald Trump, that conspire to paint a picture of a sleazy, self-entitled elite utterly convinced of its own invulnerability.

It’s also the fact that it feeds into other recent disgraces involving sex and power — not least, of course, Harvey Weinstein — and the general perception of a world replete with predatory males.

Wherever men have money and status, it seems, vulnerable young women end up being at best exploited, at worst abused. 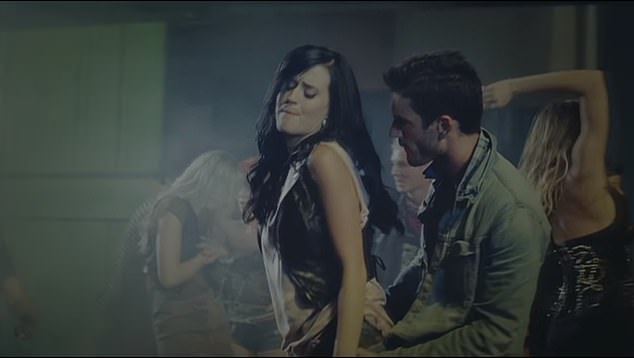 This week, male model Josh Kloss accused singer Katy Perry of sexual harassment during a night out almost a decade ago, after he played a starring role as her love interest in the video for her hit Teenage Dream (pictured)

But — vile as the accusations levelled at Epstein and Weinstein are — it is perhaps worth remembering that women are also capable of abuses of power. If the allegations against Epstein’s associate Ghislaine Maxwell hold any truth, she is just as tainted as any of the men cited.

But it’s not Maxwell I’m interested in here. This week, male model Josh Kloss accused singer Katy Perry of sexual harassment during a night out almost a decade ago, after he played a starring role as her love interest in the video for her hit Teenage Dream.

According to Kloss, Perry pulled at his trousers and underwear to expose his nether regions to a group of people at a mutual friend’s birthday party.

He says he was left feeling ‘pathetic and embarrassed’. And in echoes of the experiences young female victims recount, he tells how not only was he paid a pittance for his part in the success of that video — just £540 —but also how he was manipulated and ‘lorded over’ by Perry’s team.

Any man behaving in an equivalent way towards a woman would, quite rightly, attract a ton of criticism. Repulsively, Donald Trump once said it was OK to ‘grab them by the p***y’. If Kloss’s story is true, and Perry has not commented on it, then what she did was almost as demeaning. 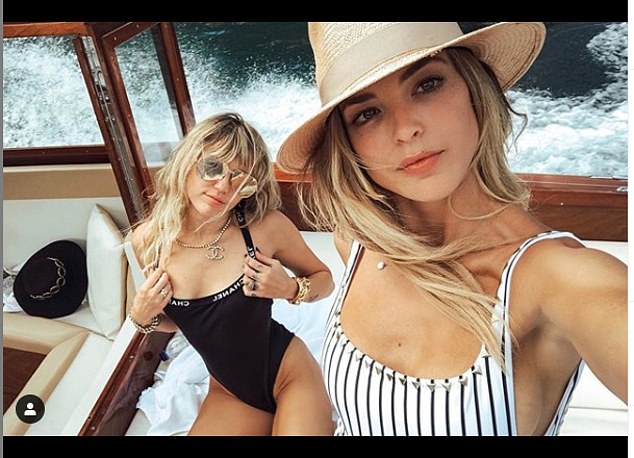 Hence the bizarre conduct of pop star Miley Cyrus, whose brief marriage has been tossed aside like yesterday’s Deliveroo in favour of snogs with another man’s ex-wife

Explaining his decision to speak out, Kloss wrote: ‘I just say this now because our culture is set on proving men of power are perverse. But females with power are just as disgusting.’

It’s not gender that defines a sexual predator; it’s status, power and money — and the inequality between those who have it and those who don’t. Put simply, if you’re rich and famous it’s all too easy to think you can do what you want — regardless of the consequences. 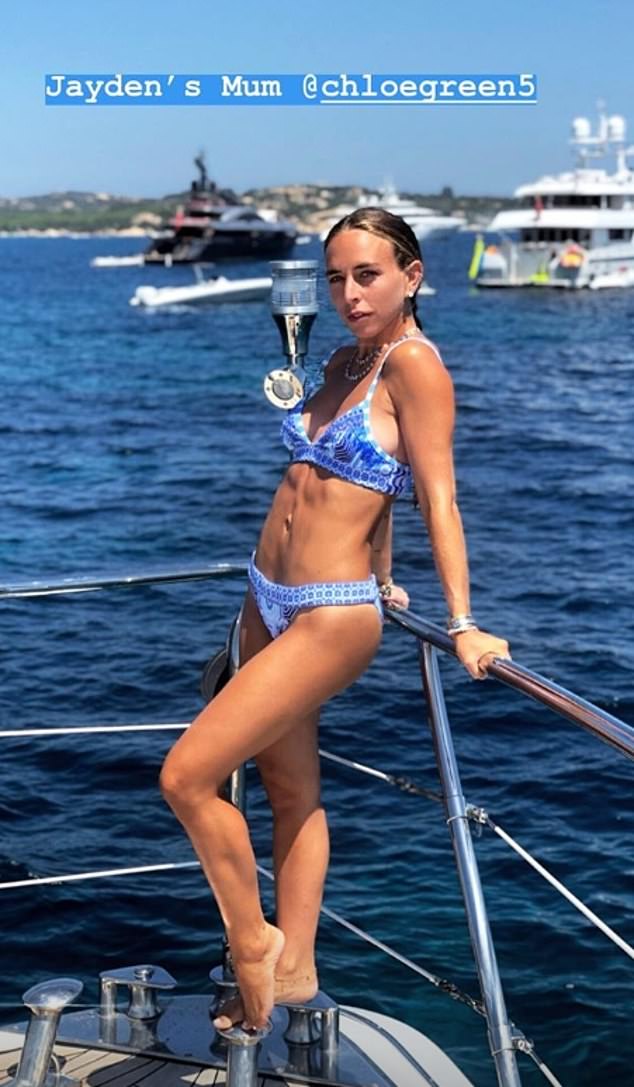 Hence the alleged behaviour of Katy Perry. Hence, on a much lesser scale, the way billionaire Philip Green’s daughter Chloe segues from hunk to disposable hunk as she sails the Med aboard (one of) her father’s yachts

Hence the alleged behaviour of Katy Perry. Hence, on a much lesser scale, the way billionaire Philip Green’s daughter Chloe segues from hunk to disposable hunk as she sails the Med aboard (one of) her father’s yachts. And hence the bizarre conduct of pop star Miley Cyrus, whose brief marriage has been tossed aside like yesterday’s Deliveroo in favour of snogs with another man’s ex-wife.

If a man behaved like these women, he’d be accused of sleazy moral bankruptcy. But because they are women — rich, famous, beautiful woman at that — they get away with it. In fact, some consider their actions ‘empowering’.

No doubt Katy Perry’s people will dismiss Josh Kloss’s accusations as the embittered ravings of a gold-digger — just as countless women in his position have been dismissed.

But it’s a salutary reminder that, as women, we cannot have it both ways.

We can’t let the strength and passion of the #MeToo movement blind us to our weaknesses. Women are just as capable as men of behaving like cads; it’s just that men traditionally held all the power, so had a head start. As that changes, we’ll find ourselves subject to the same temptations. We must do better.

Once, hot July weather causing a shortage of cauliflowers would never have made the national news. But this humble vegetable has been elevated by veganism from side-dish to main courses of ‘steak’ or cauliflower ‘rice’. Now, trendy restaurants face paying up to £3 per cauliflower wholesale.

Still, as they say: where there’s muck there’s brassicas.

Lauren Laverne, presenter of Desert Island Discs in the absence of Kirsty Young, has been criticised for her less-than-incisive interview style, with one critic accusing her of being one of ‘the worst appointments Radio 4 has made’. 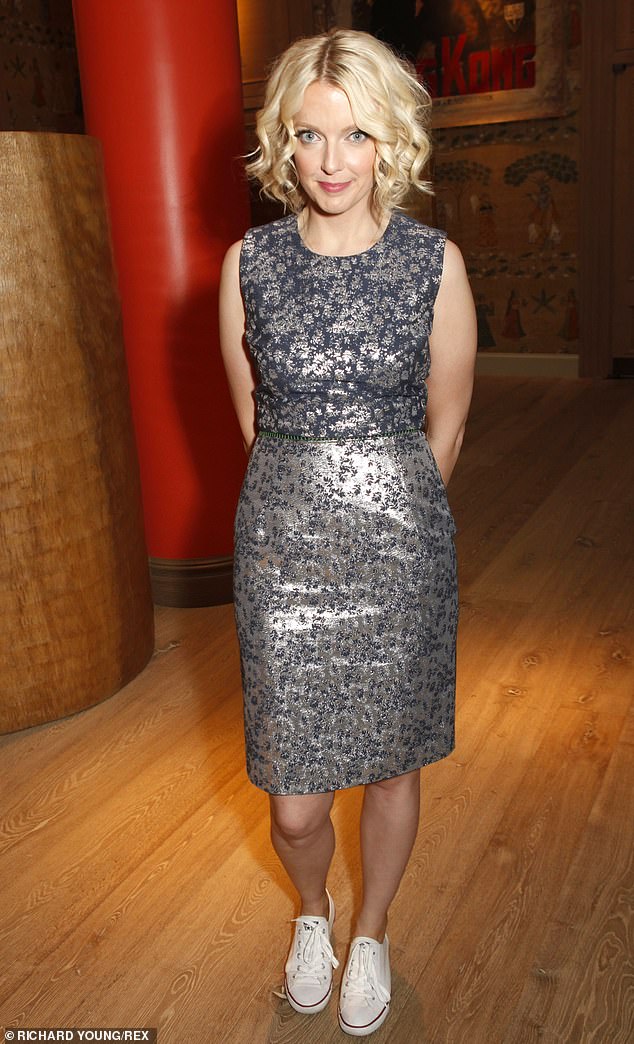 Lauren Laverne (pictured), presenter of Desert Island Discs in the absence of Kirsty Young, has been criticised for her less-than-incisive interview style

She’s a DJ and presenter, not a journalist — and the two are quite different things. If anyone’s to blame it’s the suits at the BBC, who seem to be pursuing a policy of systematically removing anyone liable to ruffle feathers or speak truth to power (Andrew Neil, John Humphrys, Jeremy Paxman, David Dimbleby), replacing them instead with well-meaning but fundamentally toothless individuals such as Lauren Laverne.

One of the rare exceptions to this rule is Emma Barnett, who, as one of the new all-female line-up on Newsnight, is carving out something of a reputation for herself. Maybe she’s the one who should be spinning those discs.

I feel for those menopausal women worried that a No Deal Brexit will result in further shortages of HRT drugs. But I can offer some reassurance: no man is more familiar with the agonies of the mid-life female condition than my husband, or more acutely aware of the consequences of skipping medication. Lucky, then, that he happens to be in charge of No Deal planning . . .

If Caroline Lucas got her wish for an all-female, all-Guardian-reading Cabinet, there wouldn’t be many laughs. Armed Forces minister Johnny Mercer, retweeted a comment by a Tory researcher: ‘I don’t think I’ve ever met a straight woman who doesn’t fancy @JohnnyMercerUK.’

Mercer replied: ‘Me neither’ and ‘tagged’ Marina Hyde, the Guardian columnist, with whom he has a feud.

Quick as a flash, #metoo campaigner Kate Maltby tweeted: ‘Female journalist criticises male politician. Politician takes to insinuating it’s all because she’s got a crush on him.’

Hyde was equally po faced. Ladies. Get. A. Life.

The Transport Secretary Grant Shapps — who took delivery of a brand-new Tesla this week — has doubled the funding for electric car chargers, promising an extra £2.5 million to help encourage drivers to switch. All to the environmental good, of course.

But there’s just one thing: after last week’s nationwide blackout, has anyone put any serious thought into how the National Grid will cope, if and when the entire nation plugs in all these shiny new cars? Time to stock up on candles?

I know we’re not supposed to criticise the Saintly Sussexes, but the photo of the Duchess’s hands cradling an elephant’s trunk is just too much. There’s cheesy — and there’s past-its-sell-by-date Camembert. We get the message, guys: you care. Now please can we just see some pictures of that son of yours — the one whose nursery we all chipped in for? 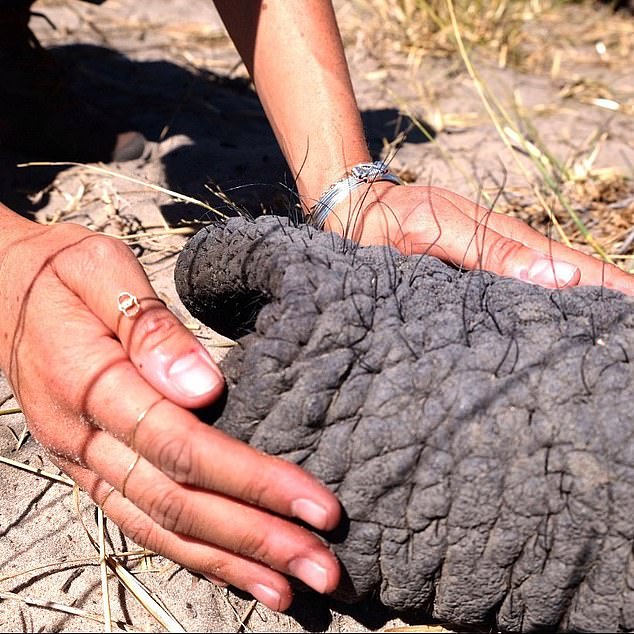 I know we’re not supposed to criticise the Saintly Sussexes, but the photo of the Duchess’s hands cradling an elephant’s trunk is just too much

Swept out to sea … on a pink flamingo

This week the Royal National Lifeboat Institution (RNLI) launched a campaign to raise awareness of the dangers of using toy inflatables at the seaside.

These giant plastic unicorns/avocados/flamingos are ubiquitous these days, thanks to their Instagram appeal. But the truth is that however cool they may look poolside, they are no match for wind, waves and currents in open water.

I know this because I once had to rescue my daughter from one in Greece. The sea could not have been calmer or the weather clearer — yet in the time it took me to reapply my suncream, she had drifted practically half way to Turkey.

So beware: they really are lethal.

At last, victory over Victoria

Best news of the week: Victoria’s Secret has cancelled its notorious annual underwear show, in which so-called ‘angels’ such as Bella Hadid (below) model microscopic bits of overpriced polyester.

Don’t get me wrong — I have no problem with sexy underwear for grown-ups. It’s just that VS appears to target a very young market, and has, in no small part, contributed to the early sexualisation of young girls via its ruthless and highly successful marketing campaigns.

Mothers of impressionable teenage girls up and down the land will rejoice at the news this tack-fest has finally had its day. 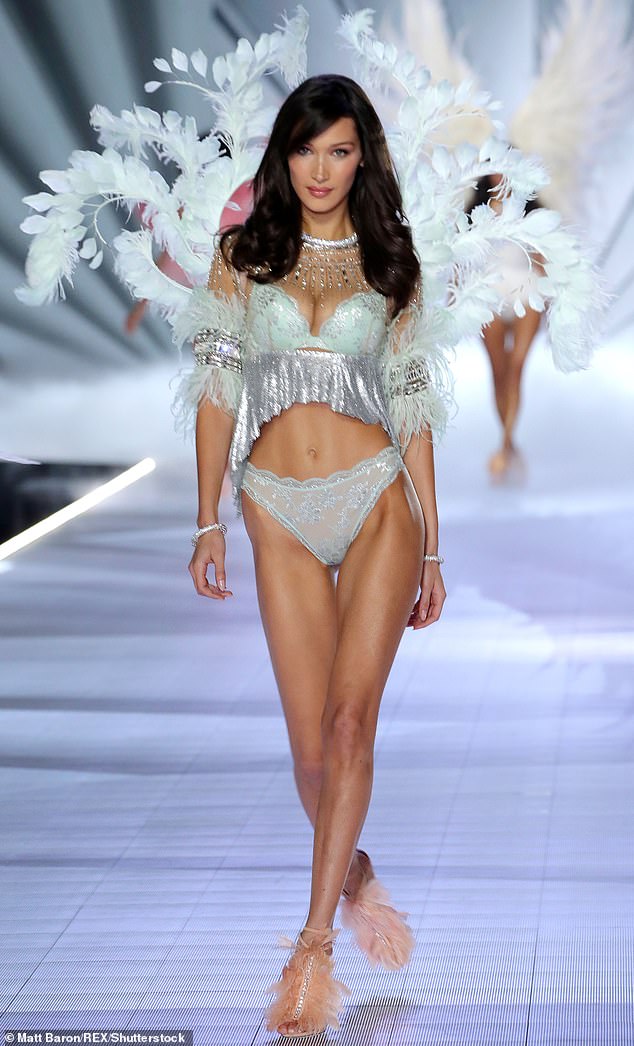 Best news of the week: Victoria’s Secret has cancelled its notorious annual underwear show, in which so-called ‘angels’ such as Bella Hadid (below) model microscopic bits of overpriced polyester