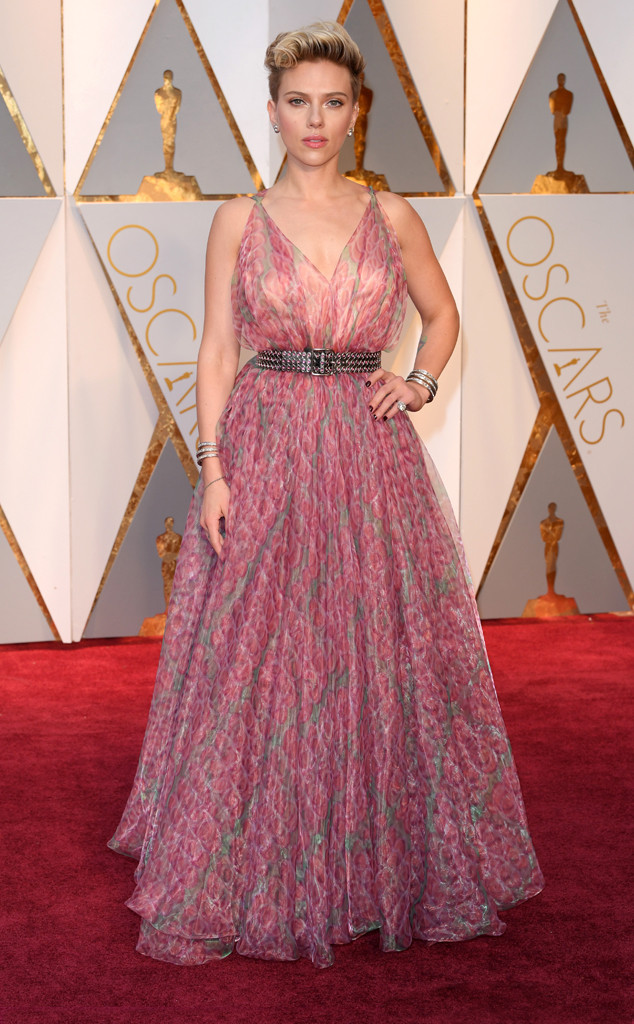 Scarlett Johansson made headlines this weekend over her recent comments about political correctness and casting.

The 34-year-old actress discussed the topic during an interview for AS IF magazine published Thursday.

During her interview with artist David Salle, the Black Widow star mentioned how “acting goes through trends.” When asked if the industry was seeing any particular trends today, Johansson said there were “certainly trends in casting right now.”

“Today there’s a lot of emphasis and conversation about what acting is and who we want to see represent ourselves on screen,” she replied. “The question now is, what is acting anyway?”

Discussing the idea of who gets to play what roles, Johansson then said, “You know, as an actor, I should be allowed to play any person, or any tree, or any animal because that is my job and the requirements of the job.”

This led Salle to ask the following question: “Must you only represent yourself, your gender, your ethnicity, or can you, in fact, play beyond these categories?”

“There are a lot of social lines being drawn now,” Johansson replied, “and a lot of political correctness is being reflected in art.”

When asked how she felt about this, Johansson replied, “You know, I feel like it’s a trend in my business and it needs to happen for various social reasons, yet there are times it does get uncomfortable when it affects the art because I feel art should be free of restrictions.”

As the two discussed people’s reactions to certain things in the arts, Johansson said, “It’s important to keep focused on the work that is meaningful to you and to keep going.” She also argued that “society would be more connected if we just allowed others to have their own feelings and not expect everyone to feel the way we do.”

Johansson has faced backlash over roles before. Last year, the actress came under fire after it was revealed she was set to play a transgender man in the film Rub & Tug. Johansson later stepped down from the role. In addition, she was criticized after she appeared in the 2017 adaptation of the Japanese manga franchise Ghost in the Shell.

To read Johansson’s full interview, check out AS IF magazine.